Throughout history there have been hundreds, if not thousands, of badass warriors who dedicated their lives to whupping ass. Not all of them get recognized, sadly. Here are ten people who you’ll probably not see in a history textbook any time soon, which is a shame, because those history books would be way more awesome if they got a write-up or two. 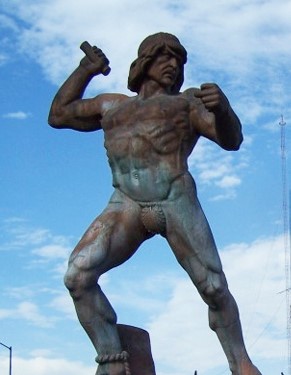 Though probably only three people reading this will be able to pronounce Tlahuicole without injuring themselves, his feats in battle only require you to understand the concept of unbridled fury.

Hailing from the equally-unpronounceable Tlaxcalan tribe, Tlahuicole was a warrior of legendary stature. We mean that literally; the guy was so huge it’s rumored that other, lesser men couldn’t even lift the weapons he used in battle.

Though it’s not clear how it happened,  Tlahuicole somehow ended up living with an Aztec tribe, and realized that he could no longer go home, since he’d fraternized with the enemy. He asked the Aztec king for a warrior’s death, which he got and then some.  Tlahuicole was ordered to stand on a giant stone platform while 8 of the Aztec’s finest Eagle Warriors attempted to kill him. Tlahuicole effortlessly slaughtered them all, and injured an 20 additional men before he was killed. His heart was immediately cut from his body where, according to legend that we just made up, it exploded like a grenade.

Don’t let the story of Tlahuicole convince you that Aztecs were anyone to be sniffed at. If anyone can sum up the indomitable Aztec spirit it’s Cuauhtemoc, their last Emperor.

Cuauhtemoc was elected as Emperor while the city of Tenochtitlan (was anything back then pronounceable?)  was being ransacked by Hernan Cortés. Just being in the city when that was happening took huge balls. Upon assuming control of his people, Cuauhtemoc promptly decided to make Cortés’ life as difficult as possible, by turning his city in an “Aztec Stalingrad.” Even after his city was racked by starvation, he tried to flee to the countryside to get more soldiers  Even after being captured and tortured, Cuauhtemoc refused to tell Cortés or his men anything. Because when you’re the last representative of a great race of warrior people, you can’t flinch or cry on principle.

Melankomas of Caria was an ancient boxer hailing from the area now commonly known as Turkey. Though it’s not known if he ever held a sword, what we do know is that he was never once touched by an opponent. An impressive feat for a guy whose job is literally “being punched in the face.”

Melankomas, using a technique commonly known as “being a cocky douche,” was the king of slipping punches. His entire tactic revolved around deftly avoiding the blows of his competitors while maintaining an iron defense. In his entire, undefeated career as a champion Olympic boxer, Melankomas never threw a punch. Seemingly because he didn’t need to, since no one could touch him anyway. 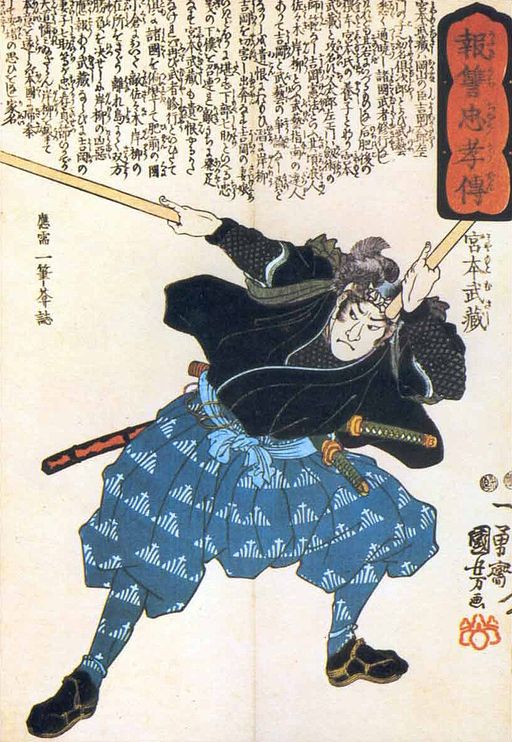 Miyamoto Mushashi is, without a doubt, the finest swordsman to have ever lived, ever. What Melankomas did with fists, Musashi did with swords. Throughout his life he was never once defeated in combat. It got to the point where Miyamoto was so good at giving people katana enemas that he just up and stopped using swords altogether, though he didn’t stop sword fighting.

For the rest of his life Musashi, accepted (and roundly defeated) all challenges using a simple wooden sword. Basically, he was like Ryu from Ninja Gaiden when controlled by someone really awesome. Musashi split open more heads than a thousand B-movie gorefests, and he did it all while being a travelling warrior poet. That’s just straight-up pimping.

William Marshal, AKA the Earl of Pembroke, is remembered by history as one of the greatest knights to have ever lived. Now, a knight is supposed to exemplify many qualities but the most important one, by far, was the ability to murder-kill an enemy knight and steal his stuff.

This is something William did, over and over and over and over again. On his deathbed, the Earl noted to those nearby that he’d bested at least 500 other knights in one-on-one combat. Now you’re probably thinking that surely he could’ve lied about that. Which is a good point, but do remember that this was back in a time when people thought lying made your penis fall off, so it’s probably safe to assume he wasn’t. Besides, questioning his power is likely to earn you a mighty slap to the mouth when you become a ghost, so don’t bother.

5. Prince Rupert Of The Rhine 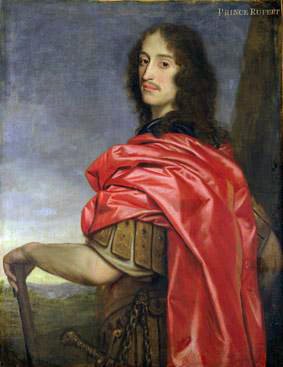 Which he did, at age 14. Yep, at an age when most of us were still trying to figure out how to beat True Ogre in Tekken 3, Rupert was galavanting around Europe, slaughtering roundheads and capturing whatever parts of England he damn well felt like. He actually kicked so much ass that his enemies believed he had supernatural powers, when it was pretty clear that he just really liked murder. Dulla Bhatti was a Punjabi Rajput warrior of almost legendary stature. Upon discovering that an evil Emperor had killed his father and stuffed his skin full of hay, Dulla swore revenge. Basically, his life was an R-rated Disney movie.

From the moment he heard of his father’s fate, Dulla embarked on a lifelong quest to undermine the Emperor. He spent years looting the hell out of his cities, and distributed all the wealth he stole among the poor. When the Emperor finally managed to corner him, he had to send reinforcements for the first time ever, because the resistance from locals was too great. When Dulla was executed, he refused to utter a word, because screw the Emperor. 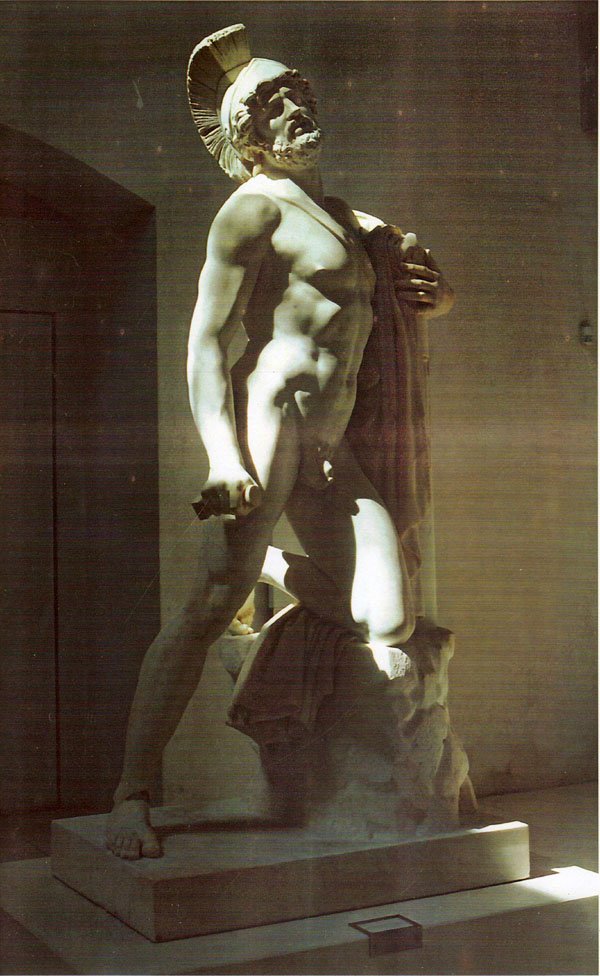 Aristodemus was one of the guys from the movie 300. In the film, he was renamed Dilios, and was the guy who lost his eye and went back to heroically rally the rest of the Spartan army. In reality, he was shunned for refusing to die in battle like a man, when he lost his eye due to a crippling infection. So the film got it half right.

However, being disgraced lit a fire in Aristodemus’ belly that could only be quenched with the lung and brain matter of his enemies. In the battle of Plataea, Aristodemus became a veritable whirlwind of death when he embarked on a berserker-like suicide charge so ferociously badass that the stubborn Spartans decided to posthumously forgive him, and gave him a proper burial. Not bad for a guy with one eye and nothing to lose. Flamma, AKA “The Flame,” was an ancient Roman gladiator, who knew the importance of a bitchin’ stage name, thousands of years before a guy named Dwayne decided it’d be cooler to call himself The Rock.

Now the dream of almost every gladiator in history was to earn his freedom, retire, and throw rocks at poor people. Note the use of the word “almost” there, since Flamma only cared about one thing: fame. Flamma earned his freedom four times! He vehemently refused to accept it though, purely so he could keep stabbing people in the torso. Any way you look at it, it takes pretty huge cojones to choose potentially being stabbed to death over retirement. Kudos, Flamma.

Galvarino, in a nutshell, was a the Chilean version of Wolverine, if Wolverine was fueled by nothing but an intense hatred for everyone who didn’t have a gut full of knife wounds, and who strapped swords to the stumps where his hands used to be.

Oh yeah, Galvarino totally did that. Maybe. You see, when he was captured by Spaniards, they ordered his hands cut off so he could be an example to his people. After Galvarino endured the torture without a word, he was sent back to his people. This is where history gets fuzzy; it’s rumored that he then strapped knives to the stumps, and started knife punching fools in the throat like there was no tomorrow. However, despite this being approximately the most awesome thing in the history of humankind, that fact is incredibly hard to find in any official document related to his story.

Still though, this was a guy who manned through having both of his hands chopped off and, when asked what he wanted to do about it, answered “tear them apart with my teeth.” Knife hands or not, that’s still one of the greatest lines ever uttered.