It’s amazing how much controversy a little doll, less than 12 inches in height, can generate. These days, the blonde beauty named Barbara Millicent Roberts, aka Barbie, is in the middle of a lawsuit. The controversy? Mattel claims Bratz, a line of dolls that has been stomping Barbie sales, was made by an employee at Mattel who had an exclusivity contract, and therefore, Mattel is entitled to some of the estimated $500 million to $2 billion in sales their rival is generating annually.

Oh, well, Barbie has been to the moon, worked at McDonald’s been a fashion model and had countless babies. Bratz may come and go, but Barbie’s been around nearly 50 years and she can handle anything. So here is the list of the Barbies that have been the most fun to play with 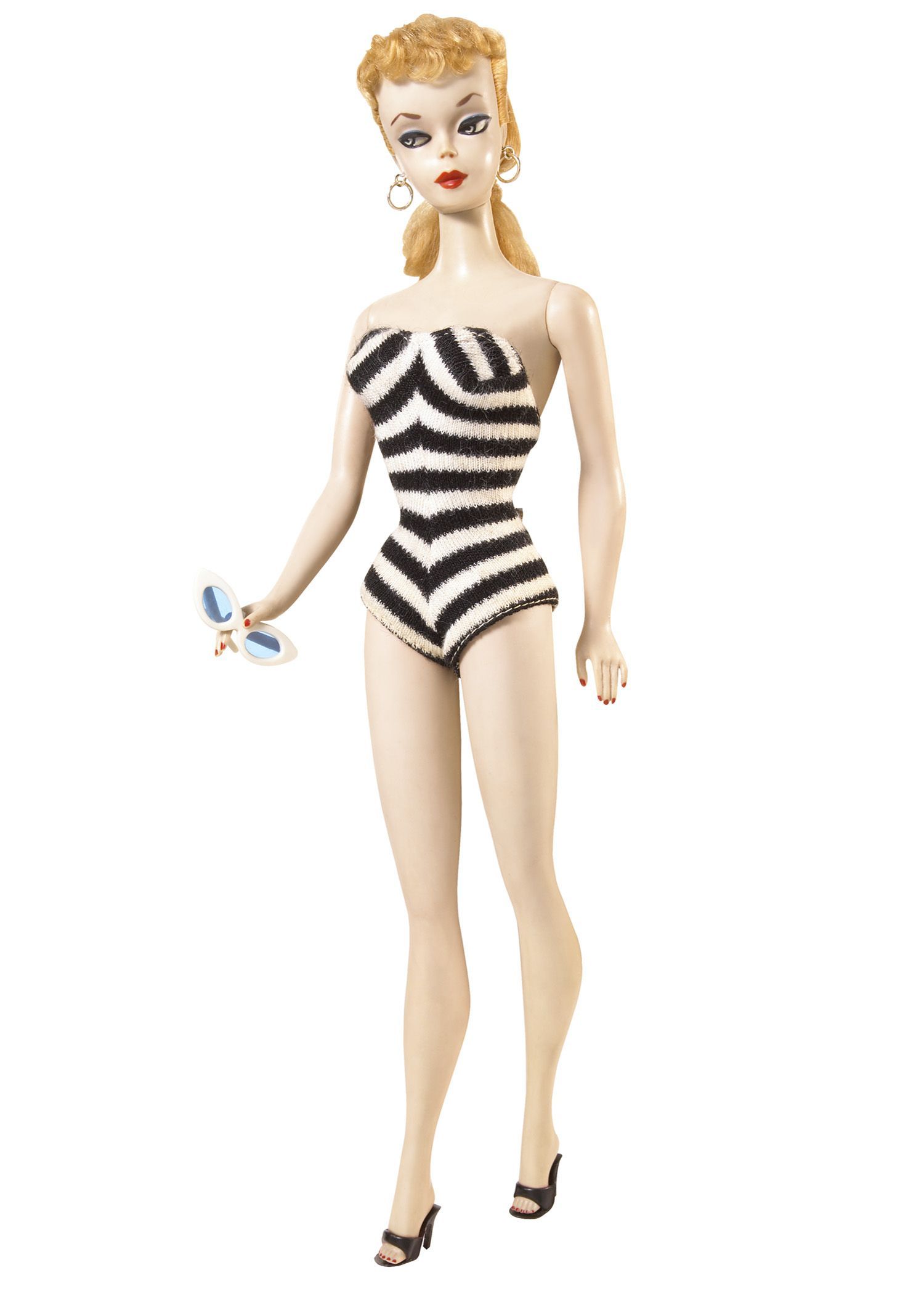 Let’s be real – you can’t even TALK about Barbie without discussing the O.G. (original) version. Teeny-tiny waist, a great swimsuit, and those eyes. What are those eyes telling us? Look out world, because I’m a skinny, bad-ass model and you can’t tell me nuthin’! Why she’s fun to play with: Quite simply, as a little girl, you can play with this doll and imagine the day that your mom and dad won’t go bezerk at the idea of you wearing read nail polish. 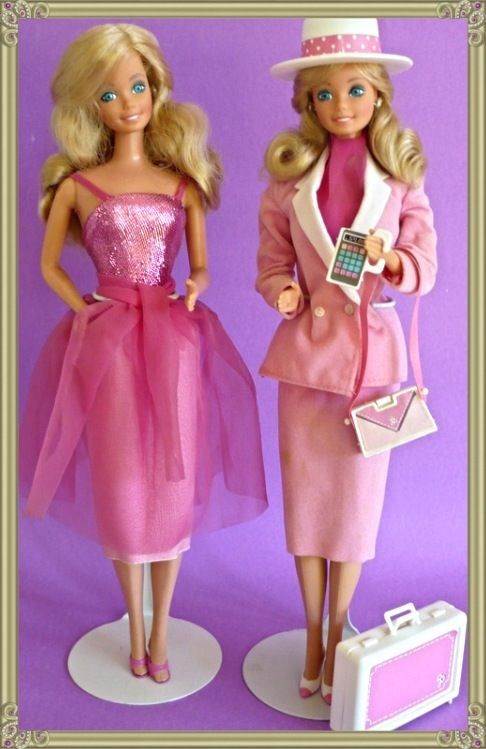 She can bring home the bacon, fry it up in a pan, and never, ever let Ken forget he’s a man. The cool thing about this Barbie is she showed little girls and women that the transition from job to “partay” time is easy. You wear the suit coat and the hair up in a bun during the day, and for the evening, whip off that coat to reveal a sleeveless, sequined shirt that helps you bring out your inner-sexy. And of course, the hair comes down in the evening too. Why she’s fun to play with: This Barbie planted a very important seed in the minds of little girls – the career seed. This doll showed us that being a Supermodel wasn’t the only cool job to have – working in an office could be cool too. Photo Credit: Flickr, fabiopoptrash Personally, I was a Dolly Parton fan for years before this Barbie came on the scene, and Dolly had introduced me to country-western culture. So when this Barbie came on the scene, I was really into it. Western Barbie, and her companion, Dallas, gave us a glimpse into life on a ranch. Cowgirl boots and cowgirl hat – totally awesome. Why she’s fun to play with: She winks! Seriously – she has a button on her back, and when you press it, she winks. Oh, and, she had pretty big 1980’s hair. What’s not to love? Photo Credit: Flickr, Gebrüder Grims Schlaraffenland*’s Okay, this Barbie is a clear example of Barbie expanding her horizons. In 1968 Mattel introduced Christie, Barbie’s black friend. While her features are very similar (if not identical) to the white Barbie being manufactured at the time (she’s the white Barbie with tinted skin), this is clearly a very important step in the Barbie line. And, this doll was an example of how little black girls could aspire to the same dreams as their white counterparts. Why she’s fun to play with: This doll is fun because she leveled the beauty playing field with her white counterpart, showing the world that black is beautiful too. Photo Credit: Flickr, retrozuk (Olli)’s 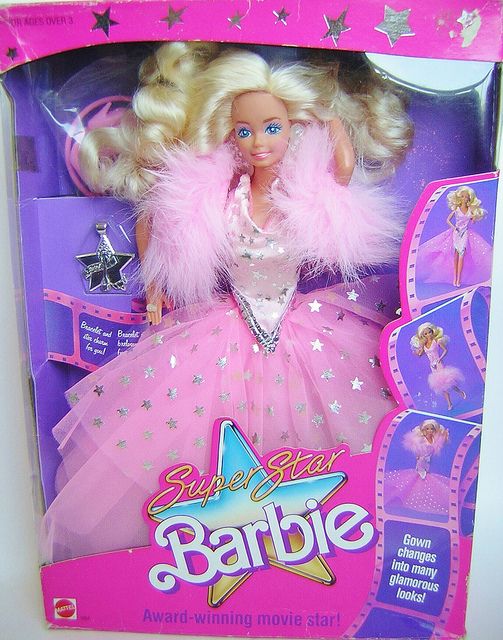 Now working 9-5 is cool and all, but Superstar Barbie was the bomb because when you played with her, you imagined you were one of the Supremes or Christie Brinkley or Brooke Shields. She represented glamour, glamour, glamour – and what little girl DOESN’T want to grow up and be glamorous? She was Kimora Lee Simmons before Kimora existed, and the boa-esque thing she wrapped around her shoulders was the icing on the cake. Why she’s fun to play with: The pink satin dress, and the bling on the finger, around the neck and in the ears just gave little girls room to fantasize about the day when they’d be able to be the same – all glam. Photo Courtesy: Flickr, superstar 77

Not to be confused with Brad, Christie’s boyfriend who debuted in 1969, this black Ken doll is awesome because between 1969 and 1981, Christie had to just kinda chill by herself while Barbie went through a variety of Ken companions. Because it was 1981, and fashion was in transition from the 70’s, this Ken had a really awesome curly afro that was impossible to comb. Of course, his only clothing was a pair of unattractive, yellow gym shorts with a red stripe (or maybe it was orange), he was so fly it didn’t matter. Why he’s fun to play with: You could match this Ken with Superstar Barbie and act out several scenes from “Guess Who’s Coming to Dinner,” and REALLY raise some eyebrows in BarbieLand. 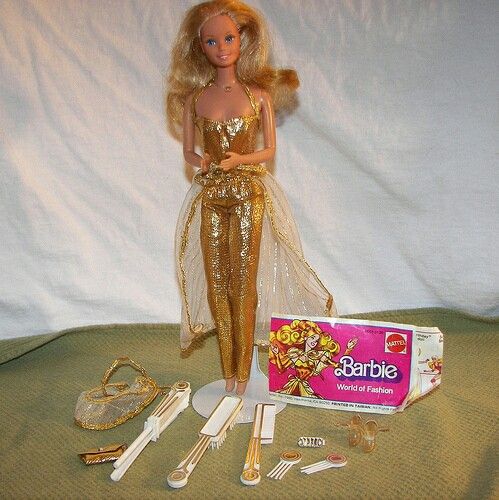 Okay – this Barbie was so much fun to play with, I remember the day I got her. Kinda similar to Superstar Barbie, this one was awesome because everything was golden – her hair, her clothes – even her jewelry. And as you can tell from the picture, the white doll had blue eyes that just jumped out at you. While Superstar Barbie was of the Diva variety, Golden Dreams was more the Barbie that you could imagine on a motorcycle, telling Ken to hop on the back (because, of course, Barbie would never let Ken drive Her bike!) Why she’s fun to play with: Superstar Christie had beautiful brown hair and a copper-colored streak in her hair just to let you know – she was pretty, and she had an incredible smile, but if you crossed her the wrong way, it was game on – she’d whip your butt! Photo Credit: Mauro M UK’s 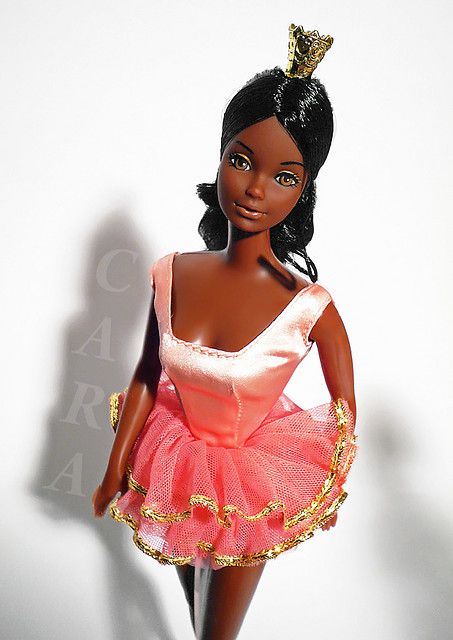 Barbie the ballerina – seems to be a logical fit. Barbies and ballerinas, that is. This Barbie was another tangent of beauty. The ballerina is one of the strongest symbols of femininity and romance, and before Cara, black ballerinas were just a rarity. The pink tutu with gold accents, complemented with the pink ballerina slippers and the gold crown symbolize near royalty. Why she’s fun to play with: This Barbie represents the grace (and beauty) that many little girls lacked, and never even thought about, until we started playing with, and imagining ourselves as, Ballerina Barbie.

Introduced in 1982, India Barbie was one of the first “brown” Barbies of the International Collection (now known as “Dolls of the World.”) In 1982, few of us knew anything about India, and Mattel “went there” with the introduction of this collection. While Mattel definitely could have focused only on Europe for the International series, the company grew a pair and decided to branch out to cultures not well-known in America. Why she’s fun to play with: You could read the box to learn about India, then imagine what India Barbie’s life was like, and attempt to recreate it while assimilating Barbie and her friends to Indian culture. 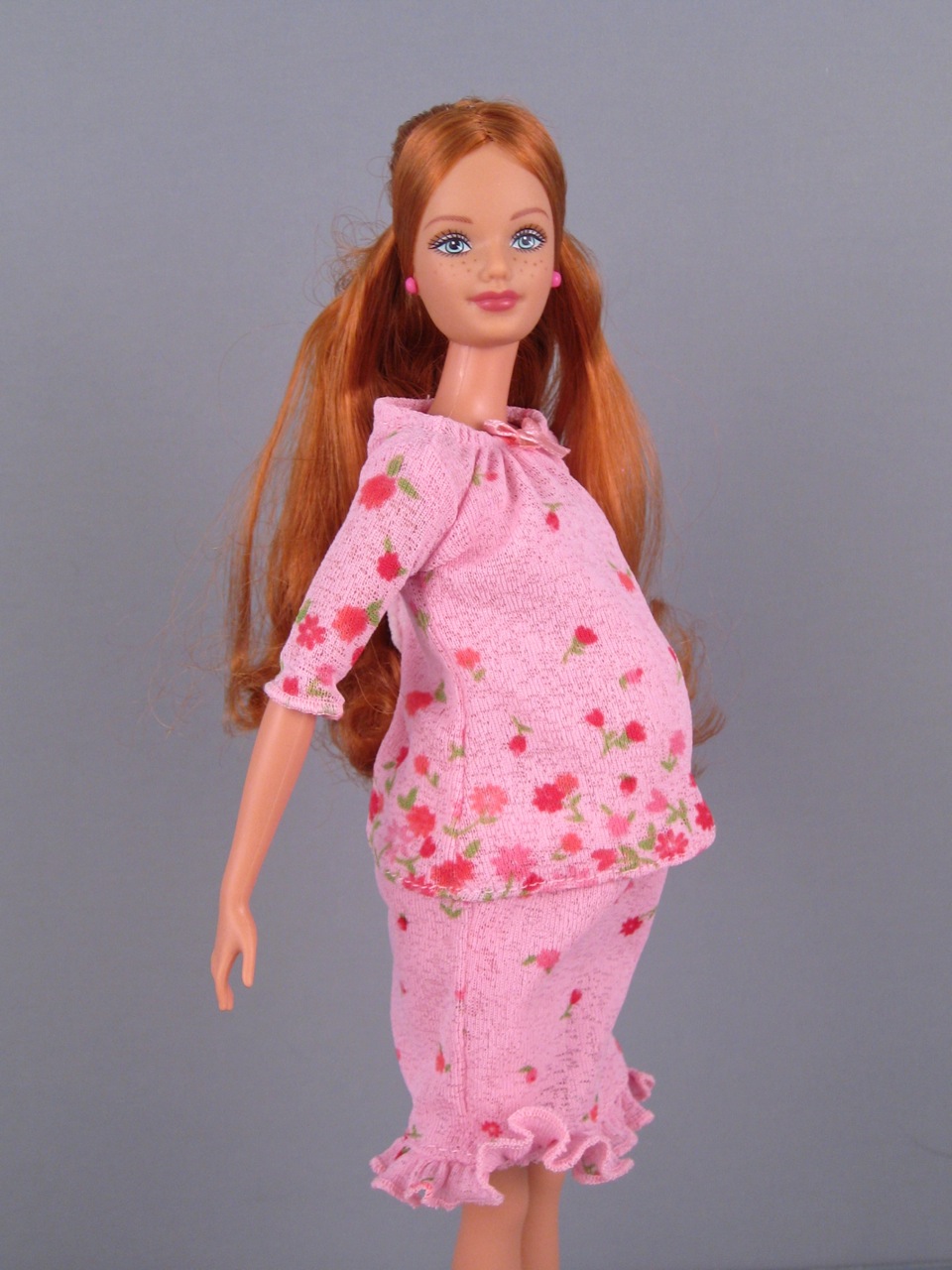 Midge is Barbie’s best friend. This Midge was part of “The Happy Family,” which of course included Midge, a daddy and two kids. This Barbie was cool because you could take off her pregnant belly, and inside of the pregnant belly, there was a baby. However, in the conservative town where I grew up, that didn’t go over very well with the parents who didn’t want to discuss where babies come. : -) Why she’s fun to play with: As a kid, you could bring Midge to slumber parties and show off the pregnant belly and the baby inside. Then, the next morning at breakfast, you could watch the slumber party host’s mom squirm when that one sheltered kid in the group said, “But I thought babies came from storks and cabbage patches – why is the baby in her tummy?”

Now if we can only decide where Barbie should live?