The term ‘genius’ can encompass a number of things. For every person who has their own personal triangle, there is a comedian who made a national catchphrase out of “And away we go.” We throw around the word ‘genius’ for everything from inventing the light bulb, an IQ over 200, to even the subtle complexities of the ‘Tampa 2 Defense.’ Top Tenz is here to answer the tough questions. Today, we are here to rank the top ten childhood geniuses and then duck while reading the comments section.

Childhood Accomplishment: Accepted in to MENSA at 2 years and 4 months.

In April of 2009, North London resident Elise Tan Roberts (born 2007) became the youngest ever member of MENSA at 2 years and 4 months old. Elise enjoys counting in Spanish. According to her parents, Elise’s favorite game is reciting world capitals. Elise’s parents want to keep her ‘grounded.’ We are assuming ‘grounded’ would mean not becoming an interplanetary super villain.

In 2012, 4 year old Heidi Hankins (born 2008) was also invited into MENSA. Heidi lives in Winchester, England. Between Hankins and Roberts, we are not entirely sure what England is doing to engineer child geniuses. It is entirely possible that one days these children may figure out a way to make English cuisine taste good. Hankins is looking forward to entering school. This is not a guarantee of good grades given that she is one point behind Albert Einstein. Einstein’s elementary academic record was legendarily not stellar.

Childhood Accomplishments: Composed music from the age of 5. Performed before European Royalty. By 17, Mozart was the court musician at Salzburg.

Long before Falco recorded Rock Me Amadeus or there was an unfounded speculation about his possible murder, there was Wolfgang Amadeus Mozart (January 27th, 1756 – December 5th, 1791). When Mozart was six years old, he performed at the court of Maximilian III in Bavaria. Before most kids today will lose their hearing to loud music, Mozart composed operas, concertos, and symphonies. Before people today would get their driver’s license, Mozart had performed as well as composed for every major principality and throne on the continent of Europe. You might as well just start memorizing Transformers episodes now. Chances are you will never accomplish in a lifetime a fraction of what Mozart did before he was 18. Take some consolation, there is still the fact that you get to enjoy SpongeBob Squarepants. 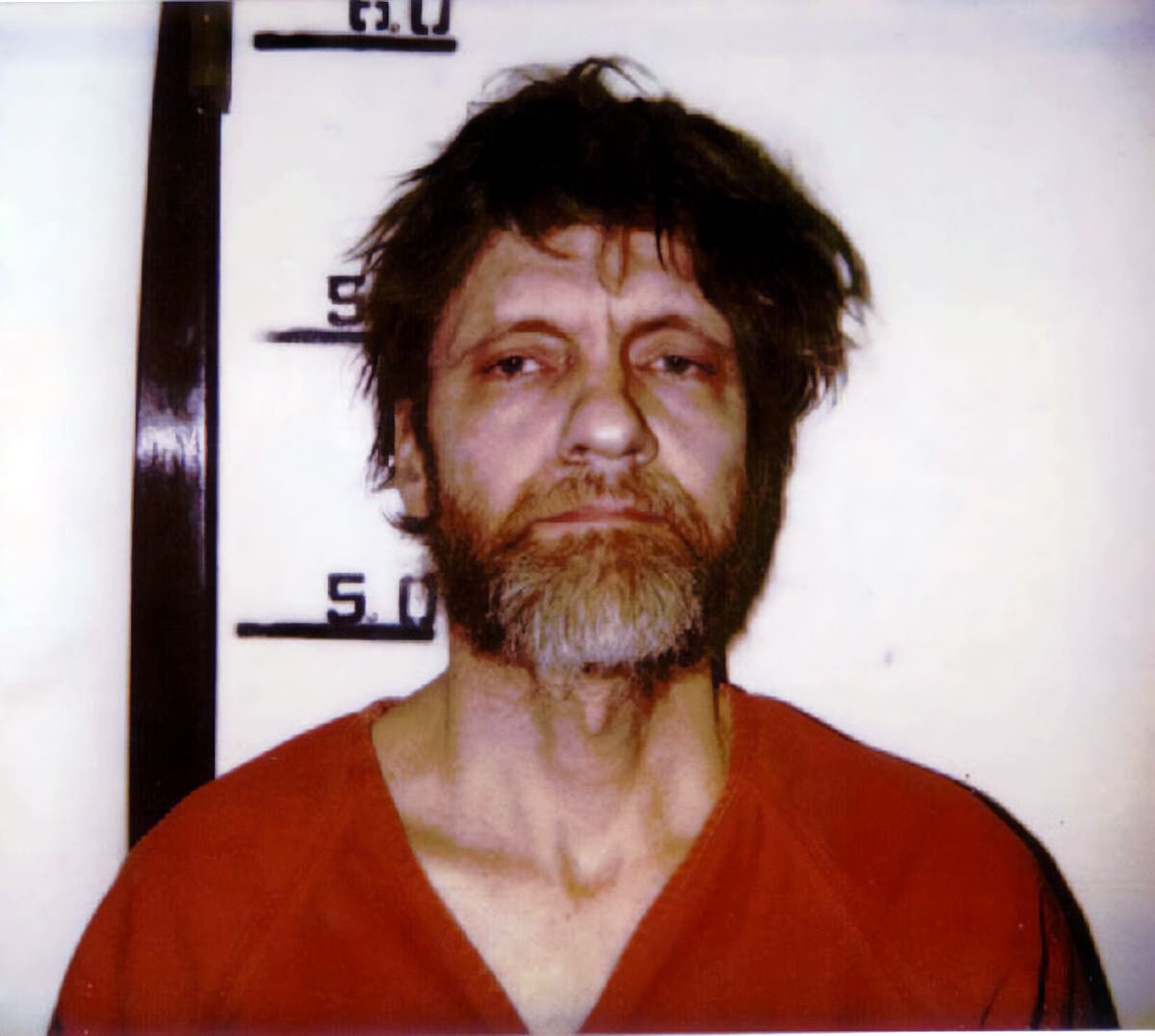 In the movie Good Will Hunting, a reference is made to Ted Kaczynski’s (born 1942) mathematical genius. Kaczynski skipped grades and attended Harvard University at age 16. He graduated when he was 20. By 26, Kaczynski was a professor at the prestigious University of California at Berkley. Of course, Kaczynski’s name now rings a bell for nothing to do with mathematics at all. Kaczynski will be forever known as the maker of improvised explosive devices known as The Unabomber. As the Unabomber, Kaczynski terrified people with not only his bombings but also his Manifesto. The fact that he was one of the finest theoretical mathematicians of his generation is either a footnote or a cautionary tale. Kaczynski will spend the rest of his life in federal prison.

Childhood Accomplishment: One of the Top 100 Chess Players in the World (male or female) at age 13.

If Bobby Fisher had not been insane (and had been female), he would have probably been a lot like Judit Polgar. Polgar beat her first Grandmaster in Chess at the tender age of 10. Her family did not believe in Polgar competing in what was seen as the ‘weaker’ women’s chess championships. As a child, Polgar would beat family and friends by not even looking at the board. Today, Polgar is the only woman to have ever won a game from a reigning number one player in the world in Chess. She has beaten 9 former world champions and has been ranked as high as 8th in the world in chess. In short, Polgar is the strongest female player of all time, and you don’t stand a chance against her. She could beat you while watching CSI: Miami with her sister moving pieces on a board she has never seen.

Childhood Accomplishments: Developed Pascal’s Theorem at the age of 16

Blaise Pascal (June 19th, 1623 – August 19th, 1662) wrote his ‘Essay on Conics’ when he was 16. Because of this work, we still refer to a hexagon as having a “Pascal Line.” Pascal had an understanding of mathematics that was not only ahead of his time, but mathematicians are still working to catch up to it. Unfortunately, after 18, Pascal would be plagued by poor health. Pascal died when he was only 39 years of age. Pascal not only gave us answers to problems of his day, but also presented questions which excite mathematical minds today and will for generations to come.

As a child Korean born Kim Ung-Yong (born 1963) was listed as having the “Highest IQ” by the Guinness Book of World Records. Ung-Yong was also able to solve complicated equations on Japanese television. We are not entirely sure if this was a TV show that would cut off a finger for a wrong answer. Ung-Yong received his Ph.D in Physics from Colorado State University at the age of 15. Eventually, Ung-Yong would work for NASA. Today, he resides in his native South Korea as a civil engineer. Ung-Yong has published nearly a hundred academic papers on hydraulics. After an exhaustive search, there is no firm information on where he stands in the Kirk/Picard debate.

Childhood Accomplishment: At age 8, scored 760 on the math portion of the SATs. Youngest ever competitor in the International Math Olympiad

If Sheldon Cooper were real, he would probably be a lot like Terrence Tao. Born in 1975, Tao had a command of basic arithmetic as well as English by the age of 2. By 5, Tao was doing complex mathematics. Tao was a full competitor in the International Mathematics Olympiad at the age of 12. By 24, Tao was a full professor at UCLA. The Fields Medal they talk about so lovingly in Good Will Hunting? Tao took that little bauble home in 2006 at the age of 32. All Tao needs now is a quirky roommate, a waitress next door from Nebraska and a love of Star Trek: The Next Generation.

Childhood Accomplishments: Entered Harvard at age 11, possessed one of the highest ever recorded IQ’s.

William James Sidis was born on April 1st, 1898. Sidis’ birth date is presumably to remind the rest of humanity what ‘fools’ these mere mortals be. In his relatively short 46 years, Sidis was often a source of brilliance as well as consternation. It is rumored that Sidis’ IQ tested between 250-300 (well over any definition of the word genius). Sidis was often considered a waste during his lifetime. Sidis withdrew from the academic world at a young age. James Thurber wrote a scathing critique of Sidis’ less than prodigious use of his talents in the New Yorker magazine. Sidis responded with a lawsuit. After Sidis’ death, his papers discovered that Sidis preferred to follow a Native American principle of making contributions in secret. Sidis had written several academic papers under pseudonyms and private speculated over the existences of such things as black holes. Sidis only wanted his contribution ‘discovered’ after his death.

Childhood Accomplishments: Essentially tested off the IQ charts, twice nominated for the Noble Peace Prize before the age of 16.

Gregory R. Smith (born 1990) was reportedly memorizing books before he was 2 years old. Fortunately, Smith was more interested in World Peace than taking the Stewart Gilligan Griffin route to take over the world. Smith almost did anyway. Smith was a motivational speaker before most kids enter high school. When Smith received his driver’s license, he also graduated from the University of Virginia in Charlottesville. Smith was an advocate of children’s rights which brought him to the attention of the Nobel committee, twice. As a young boy, Smith appeared on dozens of talk as well as news shows including Oprah and 60 Minutes.