Coca-Cola has been at the center of controversy ever since the fizzy drink first graced the shelves. Myths and rumors are abound about the ingredients used to make Coke. While some of this is either unproven, or blown out of proportion, many of these stories are quite true, and quite disturbing.

Let’s take a look at 10 of the most controversial ingredients/contaminants found in Coca-Cola and analyze what scientific studies reveal. This is not so much to scare you into pouring all of your Coke down the toilet, but more to encourage you to inform yourself about what you are drinking. 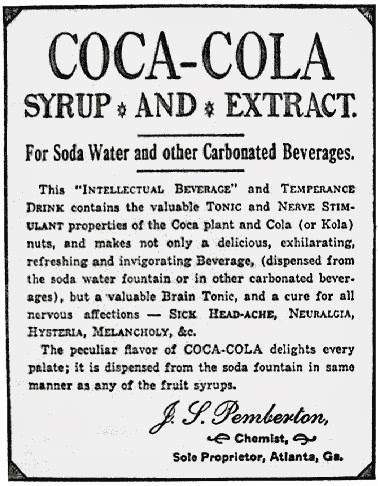 According to research carried out by the French National Institute for Consumer Affairs, more than half of well-known colas contain tiny traces of booze. Don’t worry though; you would have to drink something like 13,000 cans of the stuff to even come close to being legally drunk. Scientists tested 19 different brands and discovered levels of alcohol as low as 10 mg/liter.

As expected, the French study sparked quite a controversy, and divided the Muslim community into pro- and anti-Coca-Cola campaigners. While some Muslims believe that it is irrelevant if the product contains 0.001% alcohol or 100% – it is haram either way – others find it acceptable, since small traces of alcohol can be found in a lot of things, including many fruit-based products.

Manufacturers commonly use citric acid as a preservative and flavor enhancer. However, contrary to what you might expect, 99% of the citric acid added to drinks and foods does not come from citrus fruits. Extracting citric acid from lemons, limes, oranges, and grapefruits is far too expensive for the corporations. And so we get the artificial stuff that  you consume every time you sip your Coke.

However, any concerns that the citric acid in Coke is bad for you is both erroneous and the result of an undeserved bad reputation. Basically, a study in the British Dental Journal claimed to find a strong link between carbonated beverages and tooth erosion. Consuming at least four glasses of carbonated soft drinks a day was associated with a 252% higher risk of tooth problems in 12-year-olds, and a 513% higher risk in 14-year-old children. This is almost certainly not taking other factors into account, as Coca Cola has a pH of 2.525 (Diet Coke has 3.289,) and while battery acid (an actual corrosive) has a pH very close to 1. In short, citric acid is a very weak acid, and comparing it to something truly destructive has nothing to do with reality.

And now we get into more harmful territory …

Phosphoric acid – also known as orthophosphoric acid – is used as an acidifying agent to add tartness to cola. This, combined with the  huge amounts of high fructose corn syrup mixed in, both mask and balance the acidity of carbonated drinks.

A study was published in the American Journal of Clinical Nutrition, which provides reasonable evidence to support the association between consumption of cola and lower bone density. Some studies claim that phosphoric acid lowers the levels of calcium. Moreover, a team of scientists from the US National Institutes of Health has found that drinking two or more colas a day doubles the risk of kidney stones.

Now, Coca-Cola contains various acids but as we discussed earlier, none are potent enough to dissolve a nail, tooth or penny in four days.

The Institute for Agriculture and Trade Policy has discovered that 9 of 20 tested samples of commercial high-fructose corn syrup were contaminated with mercury. The Institute also found that 55 kid-friendly foods and soft drinks contained total mercury, which is any combination of inorganic, organic or metallic mercury.

As you can see, there are plenty of products with higher mercury levels than Coke, but the level is still fairly high:

If you are asking yourself how the heck mercury would have gotten into high-fructose corn syrup, here’s a possible answer: mercury-grade caustic soda and hydrochloric acid are primarily used to separate corn starch from the corn kernel, and to adjust the pH level of the process. The contamination seems to occur when mercury-grade caustic soda and outdated mercury cell technology are used in the production of HFCS.

The good news is that mercury-contaminated HFCS is a completely avoidable problem, since mercury-free versions of the two reagents are available.

Manufacturers commonly use sodium benzoate as a preservative, and you can find it in carbonated drinks, pickles, soy sauce, dressings, jams and fruit juices, cosmetics, medicines, and so on.

The International Programme on Chemical Safety, and other regulatory bodies, found no adverse effects in humans at doses of 650 to 830 mg. per day. The effects of higher amounts are unknown, but almost certainly bad, judging by the increased obesity rates all over the world. Sodium benzoate does not occur naturally in foods and drinks. Manufacturers try to confuse consumers by masking these preservatives with labels that say antimicrobial nutrients.

If processed foods are not part of your daily diet, there are no risks, but let’s be honest, it is. We all know what an integral part of the modern lifestyle processed, convenient foods are. Coca-Cola is in the process of phasing out the controversial additive in the UK, due to consumer pressure, but fruit-juice based products will still contain it.

Benzene is a natural constituent of crude oil, gasoline, and tobacco smoke, and has been classified as a class A human carcinogen. Does that sound like something you want in your soft drink? Probably not.

Research scientists Glen Lawrence and Lalita Gardner described the exact chemical reaction that takes place between ascorbic acid (Vitamin C) and sodium benzene to form benzene. The groundbreaking research appeared in the early ‘90s in the Journal of Agriculture and Food Chemistry.

In 2005, the FDA found that 10 samples of soft drinks out of 200 contained benzene levels over 5 parts per billion, which is above the legal limit. All 10 soft drinks have either been reformulated to meet standards, or just plain taken off the market.

The next year, the FDA released preliminary results for 100 soft drinks. Most of them contained legal levels of benzene, but four products exceeded 5 ppb. Two of the drinks contained benzene 18 times higher than permissible.

According to studies conducted by the Environmental Working Group, there are about 5 and 138 PPB of benzene in Coca-Cola. And, as the American Petroleum Institute stated, “It is generally considered that the only absolutely safe concentration for benzene is zero.” Drink up!

4-methylimidazole is a byproduct that occurs in caramel coloring, and may also be formed in the cooking, roasting, broiling, grilling or other processing of some foods and beverages. The National Institute of Environmental Health Sciences has identified the carcinogenic 2-and 4-methylimidazole as undesirable byproducts in many foods, and no limits are currently set on the quantities of caramel coloring used in foods and beverages.

The roughly 130 mg of 4-methylimidazole in a 12-ounce cola is four times higher than the NSRL-recommended limits. Coca-Cola has agreed to change, in some states anyway, the manufacturing process. Mainly because not doing so would have forced them to put a cancer warning on the label, and nobody needs that kind of publicity.

It is, quite frankly, disturbing how companies get away with marketing caramel-colored products as natural. From the legal point of view, the International Food and Agriculture Organization’s Codex Alimentarius does not have a standard for natural foods because it does not recognize the term natural (probably because literally anything can be deemed something as vague as “natural.”) Perhaps it’s time to crack down on this.

Of course, just because its popular, doesn’t mean it’s good for you. Diet Coke contains about 180 milligrams of aspartame per 8.3-ounce serving. The bitter truth is that weight control products ruin the body’s ability to count calories. Artificial sweeteners like aspartame, when combined with said diet product, mess up the brain’s chemistry and stimulate appetite. Result: more eating, and more weight gain.

In addition, the Ramazzini Foundation released a three-year study confirming the link between aspartame and leukemia. The researchers have concluded that even a low dose (20 milligrams of aspartame per kilogram of body weight) increases the development of lymphomas, leukemia, and uritogenital tumors in rats. By the way, 50 milligrams per kilo represents the current daily acceptable dose of aspartame.

Board-certified neurologists, prominent geneticists, cardiologists, biochemists, histologists and toxicologists from different corners of the world have all drawn the same conclusion: aspartame is an addictive carcinogenic neurotoxin and teratogen, and while it may be a great biochemical warfare agent, as previously classified by the Pentagon, it should certainly be kept out of our Coke. And anything else we consume, really.

Bisphenol A (BPA) is described as a gender-bending chemical because it mimics estrogen, binding to the same receptors in a body as natural female hormones do. Bisphenol A is also used to make polycarbonate plastics and line tin cans. And yes, it’s in Coke.

Canada became the first jurisdiction in the world to declare BPA a toxic substance and the French Senate unanimously decided to suspend from January 2015 the manufacture, import and export of all food and beverage containers which include the synthetic hormone.

Coca-Cola is under a lot of pressure to do something about this, after 26% of its shareholders demanded more information on how the company is addressing the risk of BPA. Thus far, they’ve rejected the call.

High fructose corn syrup was introduced to the American market in 1967, and its consumption has exploded ever since. It is the main ingredient in Coca Cola, with over 18 cubes of the stuff per liter. This is … not a good thing.

Food safety agencies from all over the world classified high fructose corn syrup as safe, and no different from regular old cane sugar. Problem is, both HFCS and cane sugar can be dangerous, especially when consumed in high doses (which Coca-Cola’s marketing team obviously wants to be the case.) A research team from Princeton University has demonstrated that the long-term consumption of HFCS leads to weight gain, abnormal increases in body fat, and a rise in triglycerides. These are well-known risk factors for diabetes, cancer, high blood pressure, and coronary artery disease.

To preserve the health of its people, Venezuela banned Coca-Cola because the so-called “liquid candy” was simply too unhealthy. As delicious and refreshing as Coke can be, perhaps it’s time other nations considered the same.