Obesity has reached epidemic proportions worldwide:  According to a 2011 World Health Organization study, 1 in 9 people are obese and the trend is ever-expanding.  Despite a myriad of concomitant health concerns, excessive fatness continues to be embraced by many countries as a sign of health, wealth and happiness.  The following list explores the top ten countries which celebrate heftiness, particularly in females, along with the historical and cultural influences which shape this love of large.

In the small South Pacific island of Tonga, beauty is marked by large physical size.  This coupled with a reliance on fatty, nutrient-deficient imported foods and a decrease in activity has caused the nation to embrace obesity.  About 100,000 of the island’s 114,000 adult inhabitants are overweight.  According to several studies released in 2004 by the North American Association for the Study of Obesity, Tongans are genetically predisposed to be fat.  The predilection toward feminine obesity also appears to be rooted in heredity and custom. 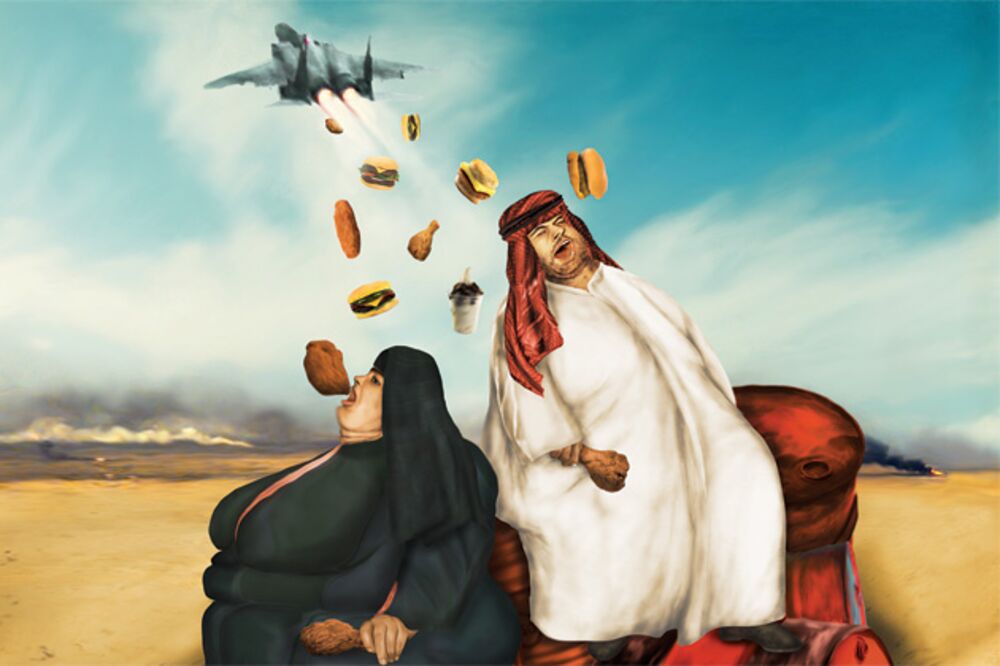 Middle Eastern Kuwait is not only home to rich oil deposits in the land but some in its people.  Cardiovascular disease is the leading cause of death and 52% of Kuwaiti

women over 15 are obese.  Historically, these nomadic desert people came to prize fatness as a sign of health and wealth–a trend which clearly continues to this day.  In a country where women exercising is a taboo, wives are frequently prized as decorative items to fill up the house: the bigger, the more opulent.

As its leaders strove to connect the once-isolated island with the rest of the world, Fiji unwittingly introduced new calorie-dense food into its diet.  This South Pacific nation’s customs revolve around the giving of food as a sign of prosperity.  This, coupled with insufficient education about health risks, has left the vast majority of Fiji overweight.  Not only are they fat, they are happy.  Girth has long been revered in a woman as a sign of health, wealth and fertility.

With nearly 65% of Jamaican females classified as obese, the ideal beach body is nearly twice its medically-appropriate size.  In this island nation particular emphasis is placed on generous hips and hindquarters, a condition known as steatopygia.  A 1993 study conducted in rural Jamaica associated thinness with sadness but heaviness with happiness, kindness and social harmony.  There is also a burgeoning pill market which caters to young women desiring to gain weight. 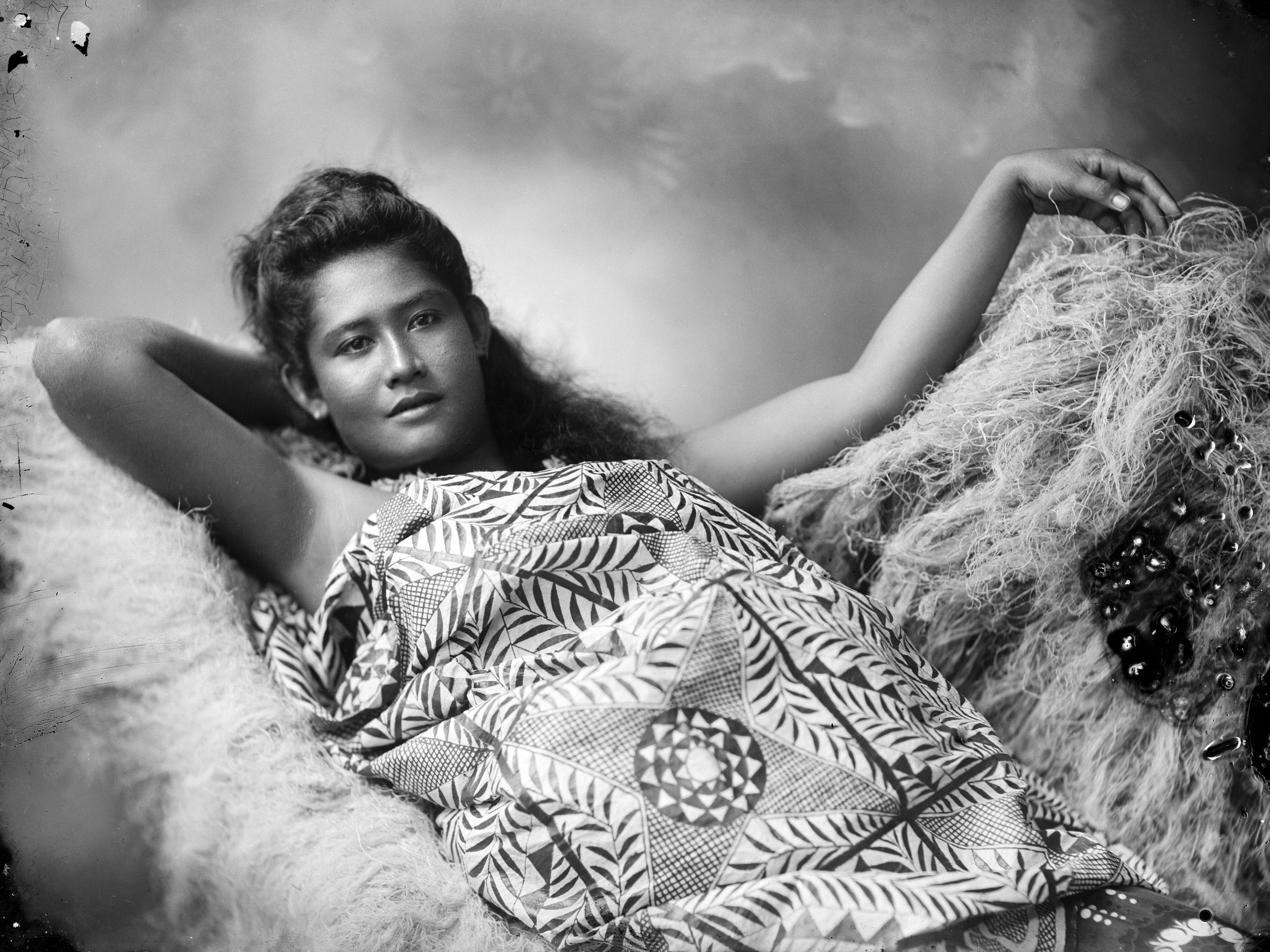 Since the country abandoned its South Pacific taro and fish diet for processed foods following WWII, body mass has been on the rise in Samoa.  Nonetheless, obesity is not a recent phenomenon there:  Food shortages have plagued the natives for centuries and biological anthropologists believe Samoans are genetically programmed to store extra calories in fat tissue.  Because this natural proclivity produces a generally larger population, heavy women are simply the norm and therefore embraced.

Due to the prevalence of AIDS, the association between weight loss and illness has contributed to South Africa’s negative view of thinness.  The centuries-old correlation between higher weight and higher wealth was not overcome by the post-Apartheid introduction of European size ideals.  Large women continue to be favored as their heft lends insight into both their health and financial status.

For centuries, plump Afghani women have been prized for their stark contrast to the barren environment.  Female fertility is highly associated with excess pounds among these nomads eking out survival in the desert sand.  For the most part, burquas conceal the exact terrain of a woman’s body but a chubby face with soft features is highly desired.

The French Polynesian island of Tahiti was home to the native practice of ha’apori.  Literally meaning “to fatten,” young women were plumped and presented to the chief for beauty and fertility inspection.  The celebration of obesity continues to this day, due in part to a diet rich in carbohydrates and coconut milk.  Tahitian women continue to be revered for their rounded faces and bodies.

Not only is Nauru known for the highest rate of diabetes in the world at 31%, it is renowned for its universal embrace of obesity.  This tiny South Pacific island’s 14,000 population associates corpulence with beauty and fertility– women are fattened in preparation for childbearing and men for strength competitions.  The phosphate deposits which cover the vast majority of the island prohibit large scale farming.  Importation of fresh produce continues to be cost-prohibitive so mostly cheap, fattening foods are brought in from New Zealand and Australia.

In this drought-ridden west African nation, female obesity is synonymous with beauty and wealth.  Though less common, “gavage” (borrowed from the French to describe fattening a goose’s liver destined for foie gras) is still practiced, with young girls imbibing vast qualities of fatty camel milk daily.  Women unable to pack on the pounds at fat farms routinely take antihistamines and animal steroids to induce appetite.  Exercise is frowned upon and women are frequently divorced for their inability to sustain excessive girth after childbirth.