We have all heard the famous saying ‘strong essences come in small bottles’ or ‘great things come in small packages.’ Well, today I have ten small packages that I want to ‘deliver’ to you: ten exceptional children and teenagers who amazed the world with their extraordinary talent and intelligence. Here are ten little geniuses, ten small wonders who will shape our tomorrow: 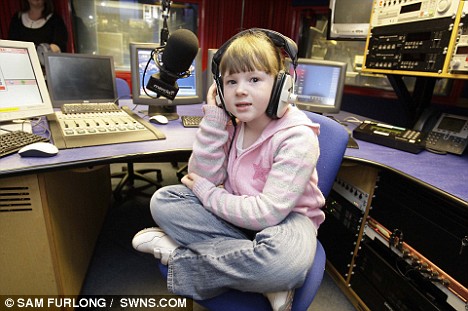 British Elaina Smith is a very wise and straight-talking 9-year old girl from Coventry, West Midlands. What’s so special about her? Elaina is the world’s youngest agony aunt. She was snapped up by Mercia FM when she was only 7.

Her mother said they were listening to the radio one morning while Elaina was getting ready for school. “The presenter asked for people’s advice for a woman trying to get over a break-up and Elaina said she wanted to phone in so we called and I was surprised with what she came out with,” declared Elaina’s mom for Dailymail.co.uk. Are you wondering what was the girl’s advice? She said the women should grab the girls, go bowling and drink a mug of milk. The local radio station was so impressed with her advice, they decided to offer Elaina a weekly breakfast slot.

According to Dailymail.co.uk, these are some of Elaina’s top tips:

Andy: ‘Hello Elaina, we’ve get a letter from someone here. It says, “I’ve been single for far too long and all my friends have boyfriends, I’m a little bit worried about being left on the shelf. What can I do to meet Mr. Right?”‘

Elaina: ‘Go into town and shake your booty on the dance floor. Make sure he’s got money and a big car.’

Andy: ‘We’ve had an email from Trish which says: “My boyfriend has gone off with my friend. What can I do to get him back? I really miss him”.’

Elaina: ‘He’s not worth the heartache. Life’s too short to be upset with a boy. His new girlfriend will always be thinking if he cheated with her then he will cheat again.’

Ainan Celeste Cawley, 11, is a scientific child prodigy. Ainan gained international attention when he passed the Chemistry O level exam at the age of 7, an exam aimed for teenagers over 16. He entered the Singapore Polytechnic when he was 8, becoming the world’s youngest student ever to attend a third-year tertiary module.

The Wall Street Journal, The Times, Bild Deutschland, The Sun, The Daily Telegraph and many other newspapers have written about Ainan. Believe it or not, this little genius gave a science lecture – Acids And Alkalis In Everyday Life – at a Singaporean School when he was only six years old.

Nicknamed das Wunderkind, Pee-wee Picasso or the Prodigy of Color, Aelita Andre is a four year old abstract painter. Actually, she is the youngest professional painter in the world. Art critics have compared her work to Picasso, Salvador Dali, Wassily Kandinsky or Jackson Pollock. Aelita’s most expensive painting was sold in Hong Kong for $24,000. She opened last month her first solo art exhibition in New York City.

Abstract art is hard to understand and appreciate, no wonder most people don’t like it. It’s sad to read different negative comments across the Internet, however, the great part is that all major newspapers and  internationally renowned art critics responded favorably to Aelita’s work.

Meet Elise Tan Roberts, the youngest member of Mensa! How smart is this small wonder? Her IQ is an impressive 156. Compare Elise’s IQ to Einstein’s 160, and you will realize how smart she is considering Elise was only 2 years old when her IQ was assessed.

Elise joined Mensa, the oldest and largest high-IQ society, when she was 2 years and 4 months old. She is now 5.

Elise Tan Roberts is in the top 0.2 % for her age, according to Professor Joan Freeman, a distinguished psychologist who used the Stanford Binet Intelligence Scale to evaluate Elise.

Marko Casalan is a 10-year old little genius from Skopje, Macedonia. At the age of 8, Marko was officially recognized as the world’s youngest certified computer system admin. Widely regarded as the Mozart of Computers, Marko passed many of Microsoft’s exams for IT professionals. “The Microsoft officials gave me computer games and DVDs with cartoons when I passed the exams because I am a child. That was nice, but I’m not really interested in those things. I’d like to be a computer scientist when I grow up and create a new operational system,” declared Marko for Timesonline.co.uk.

Alex Prior is Britain’s latest conducting phenomenon. Born in 1992 to a British father and Russian mother, the talented composer and conductor discovered his passion for music at a very young age. Alexander started playing the piano at the age of 3 and began composing five years later. He wrote more than 42 beautiful works, including ballets, symphonies, operas and concertos. This extraordinary young man collaborated with the world’s most prestigious orchestras and ensembles. Alexander’s biography is remarkable, worth reading

Despite his young age, Hamad Al Humaidhan has already distinguished himself as a professional artist. The eleven-year old boy from Kuwait stunned the world of art a couple of years ago. His rare talent has earned him comparisons to cubist genius Pablo Picasso.

Hamad reminds me of Romanian Alexandra Nechita, a former child prodigy. You might know Alexandra as The Petite Picasso. Discover her amazing story at Alexandranechita.com. 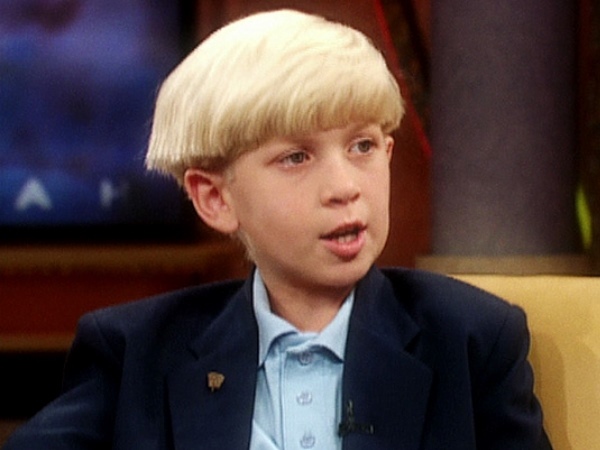 He has been in the company of the world’s most notable political figures and Nobel Prize winners and laureates: Michel Gorbachev, Bill Clinton, Betty Williams, Desmond Tutu and many more. He founded the International Youth Advocates Foundation. Gregory’s humanitarian and advocacy efforts on several continents earned him the four nominations. According to ForceForGood.org, Gregory “has organized humanitarian aid projects for East Timor orphans, the youth in Sao Paulo, Brazil and is helping Rwanda build their first public library. He is working with Christian Children’s Fund, as Youth Ambassador, to build Peace Schools in Kenya and other conflict regions.” These are only some of the many projects undertaken by Gregory.

The Indian teenager gained international attention as a physician, despite never attending or graduating Medical School. While most of us were playing with cars and dolls at the age of seven, Akrit performed surgery! His patient was a badly burned young girl whose shepherd family couldn’t afford surgery.

Akrit had the reputation of a medical genius, so local doctors allowed him to observe various surgeries. Driven by a strong passion for anatomy and science, he used to read at six everything he could find on human anatomy. Akrit was writing and reading by two and by the time he was five, he was reading Shakespeare…in English.

Akrit is now trying to find a cure for cancer. “I’ve developed a concept called oral gene therapy on the basis of my research and my theories. I’m quite dedicated towards working on this mechanism,” said the teenager from Himachal Pradesh, India.

I adore this child! The no. 1 goes to Ethan Bortnick, pianist, songwriter, composer, entertainer and one of the world’s youngest philanthropists. Ethan, 11, has helped raise more than $25 million for so many charities. He began playing the piano at the age of three and was composing by the age of five. This hugely talented child is able to play any song by ear and his complex compositions and performances are widely recognized as outstanding. Arctic Jazz is my favorite song written by Ethan. What’s yours?

Ethan appeared on The Oprah Winfrey Show, The Tonight Show with Jay Leno, Good Morning America, The Martha Stewart Show and many more. It’s a delight to watch Ethan. Isn’t it amazing how he entertains the crowd? Here’s Ethan with Jay:

[1] I didn’t find his name on http://nobelprize.org/nobel_prizes/peace/laureates/, but I read this info here http://www.virginia.edu/insideuva/2006/09/finals_smith.html