The Bard, William Shakespeare, created a lot of fascinating characters, and some of the most fascinating are the villains. They encompass the worst of human characteristics, but their motives are often very real and surprisingly easy to relate to: jealousy, heartbreak, bitterness…all of the ugly things that bring out the worst in all of us. Remember that in some cases not to judge too hastily, for “The quality of mercy is not strain’d, It droppeth as the gentle rain from heaven. Upon the place beneath. It is twice blest: It blesseth him that gives and him that takes.” In other cases, however, you’ll shudder to think that even a character of the imagination can be capable of such horrors. Read on, if you dare. 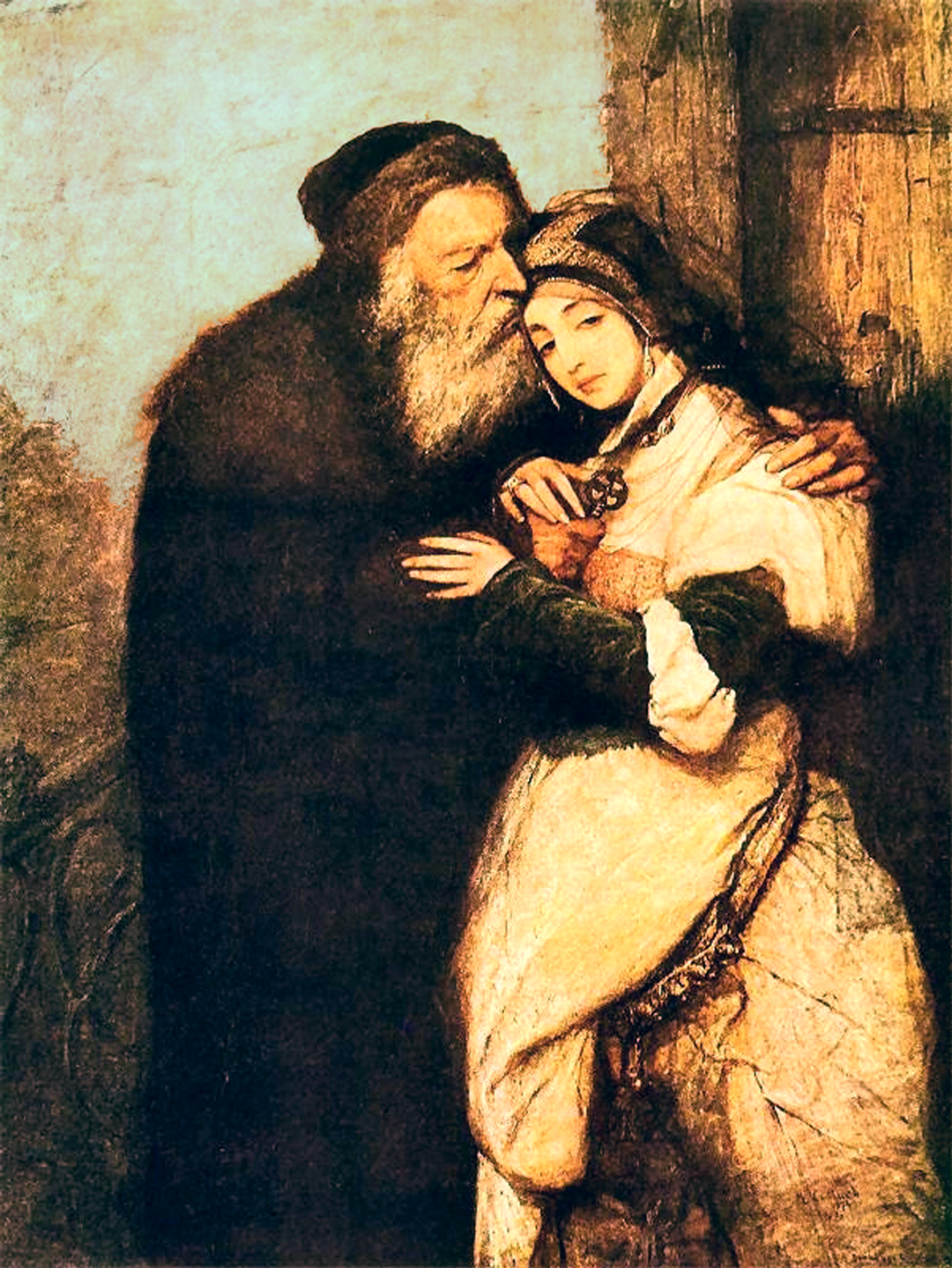 The hate-filled moneylender from Merchant of Venice is the first on our list, but he we deem him the least evil of our evildoers. Shylock was wary of Christians. As a Jew in the town of Venice that was understandable. The town was rife with Anti-Semitism. He didn’t make himself any friends by claiming, “I will buy with you, sell with you, talk with you, walk with you, and so following; but I will not eat with you, drink with you, nor pray with you.” Thanks, Dude. I love you too. Whether Shylock was Shakespeare’s outcry against Anti-Semitism or just a true example of the mindset of the times is unclear. What is clear is that Shylock, Jew or Gentile, wasn’t exactly a cuddly guy. He loaned money to Antonio and was very keen to collect his “pound of flesh”. The “pound of flesh” is what puts Shylock on our list. Unpleasant, and creepy.

Contrary to what you might think, Don John didn’t make the list only because he was portrayed poorly by our friend Keanu (1993’s Much Ado About Nothing). Don John himself was crazy jealous of his half-brother Don Pedro. In fact, Don Pedro and his men are celebrating the victory of winning a war with…Don John! Don Pedro, even though he has been warring (WARRING!) with his half-brother, has invited his half-brother and his buddies to come party and revel. Um. Bad idea, dude. Because as Don John says himself, “I had rather be a canker in a hedge than a rose in his grace, in this, though I cannot be said to be a flattering honest man, it must not be denied but I am a plain-dealing villain. If I had my mouth, I would bite; if I had my liberty, I would do my liking: in the meantime let me be that I am and seek not to alter me.” Plain-dealing villain that he is, he ranks number 9 on our list for sowing dischord for poor old Claudio and Hero, making it so it was the END of the play before they got together. Bad Don John! 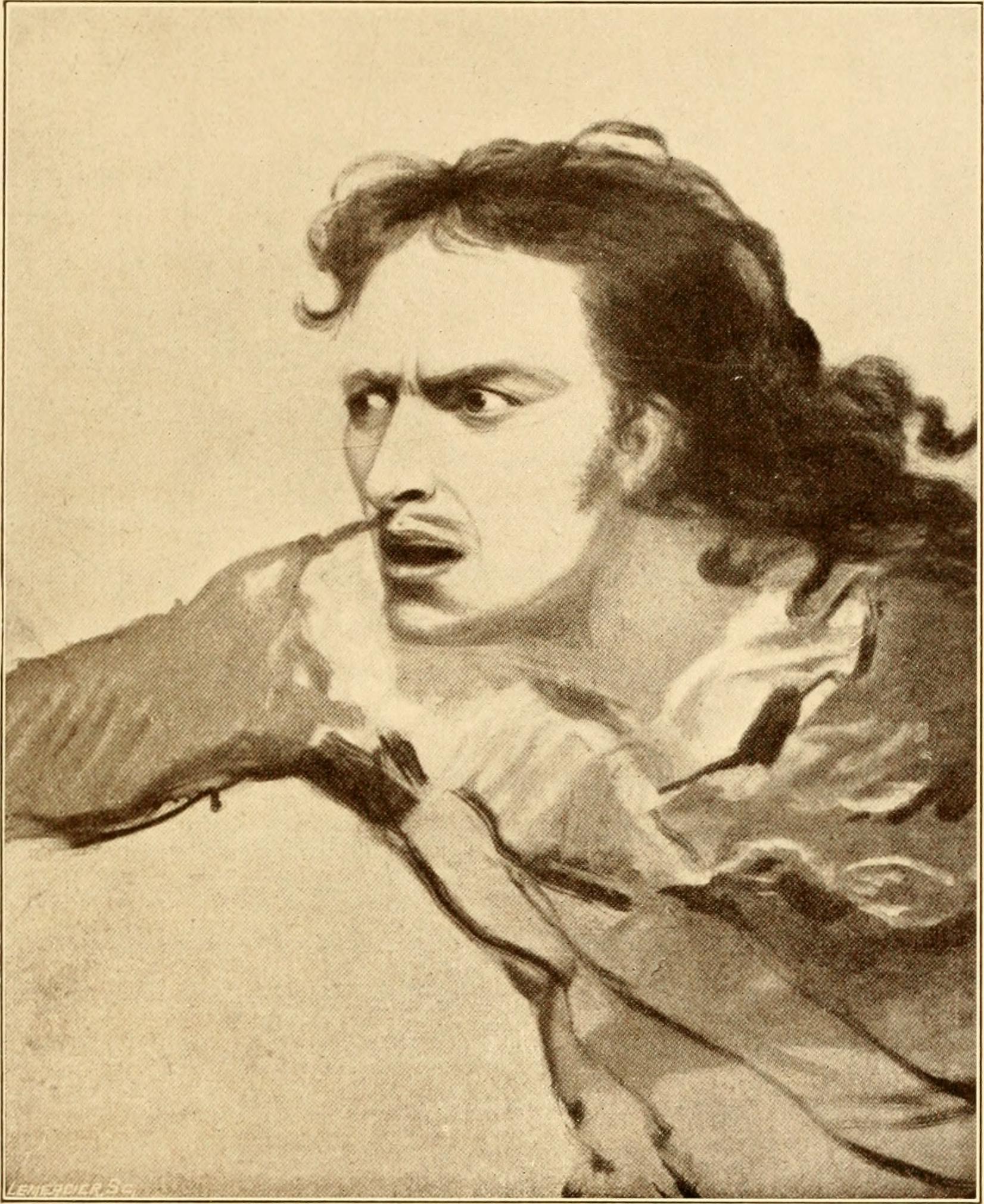 OK now we’re getting into the badder guys. When you dive into the tragedies, the bad guys are bad and the endings are sad. Edmund not only made up lies about his half-brother (getting him exiled and making him pretend he’s crazy), he was completely uncaring when his dad got his eyes gouged out, and he was fooling around with Goneril and Regan at the same time. And they were married! And sisters! Granted Goneril and Regan themselves were pretty bad gals, but Edmund ranks number 8 for his lack of family concern and his betrayal of his half-brother. The only reason Edmund ranks higher than Don John is that nobody died because of Don John’s antics (at least not his antics after the war). Richard II. First, he ordered Mowbray to kill his uncle. Then he persecuted Mowbray for killing his uncle. Mowbray gets banished forever, and Bolingbroke (from whom Richard was trying to hide the information that he’d had Mowbray kill his uncle) gets banished for 6 years. Harsh. He was a crazy king with a tendency to compare himself (favorably) with Jesus. He taxed the commoners and fined the nobles for the crimes of their ancestors. 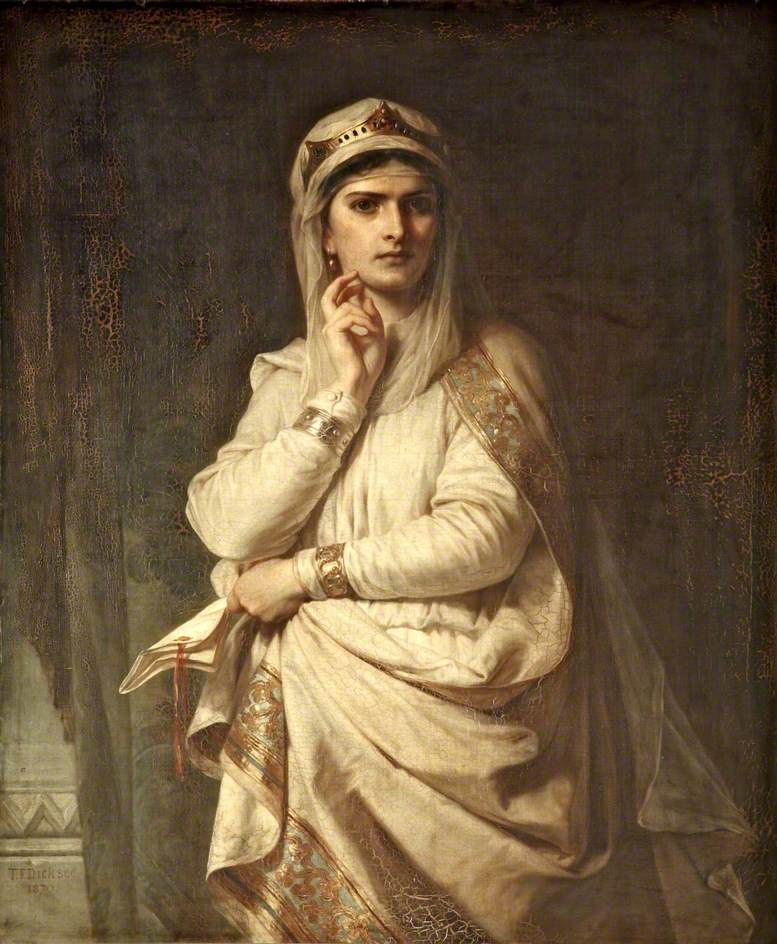 Let’s hear it for the girl? She decides her husband isn’t ambitious enough, so she hatches a wacky scheme for him to kill the heir apparent to secure the throne for the MacBeths. Mr. MacBeth has second thoughts, so she taunts him and questions his manhood so he goes and stabs Duncan to death. He freaks out completely and returns to her, leaving his whole mess behind him. Sighing with a “when you want a job done right you have to do it yourself” kind of attitude she visits the scene of the crime and plants bloody daggers on Duncan’s servants. They should be good to go, right? Wrong. Old MacBeth goes on a murder spree, killing the guards that Lady MacBeth framed for Duncan’s murder, Banquo, everyone in Macduff’s castle (including his children) and probably the family dog. Might make you wonder why we didn’t pick MacBeth for a worst villain. Maybe it’s because behind every great man there is a woman pulling his strings? Or because if she hadn’t planned the first murder he wouldn’t have committed the others? At least she showed some contrition…”out damn spot”.

Hamlet’s uncle. And stepdad. See, he killed Hamlet’s father (the King of Denmark) and made nice with the queen so he could be king. Then he hired Rosencrantz and Guildenstern to kill Hamlet, and when that didn’t work he tattled on Hamlet to Laertes, whose father Hamlet killed by accident. They cook up a scheme to duel, and Claudius is going to poison Hamlet, either with the cup, or with Laertes’ sword which is also poisoned. Too bad for him his wifey-poo took a sip of the cup, so she died. Hamlet dies, Laertes died. Claudius died. So he dies guilty of: regicide, adultery, incest (in a way), attempted murder, involuntary manslaughter, and murder.

Poor Richard III. He’s ugly, hunchbacked, and mean. To get back at the world he bribes a soothsayer to say his brother is an assassin, which gets his brother locked up in the Tower of London. He woos and cajoles Anne Neville into marrying him, even though he killed her husband and his father. He basically kills anybody who objects to him, and then he had his two nephews beheaded for good measure. You know you’re in for some evil deeds when a guy proclaims, “I am determined to prove a villain and hate the idle pleasures of these days.” Yeah, Dude. No kidding. 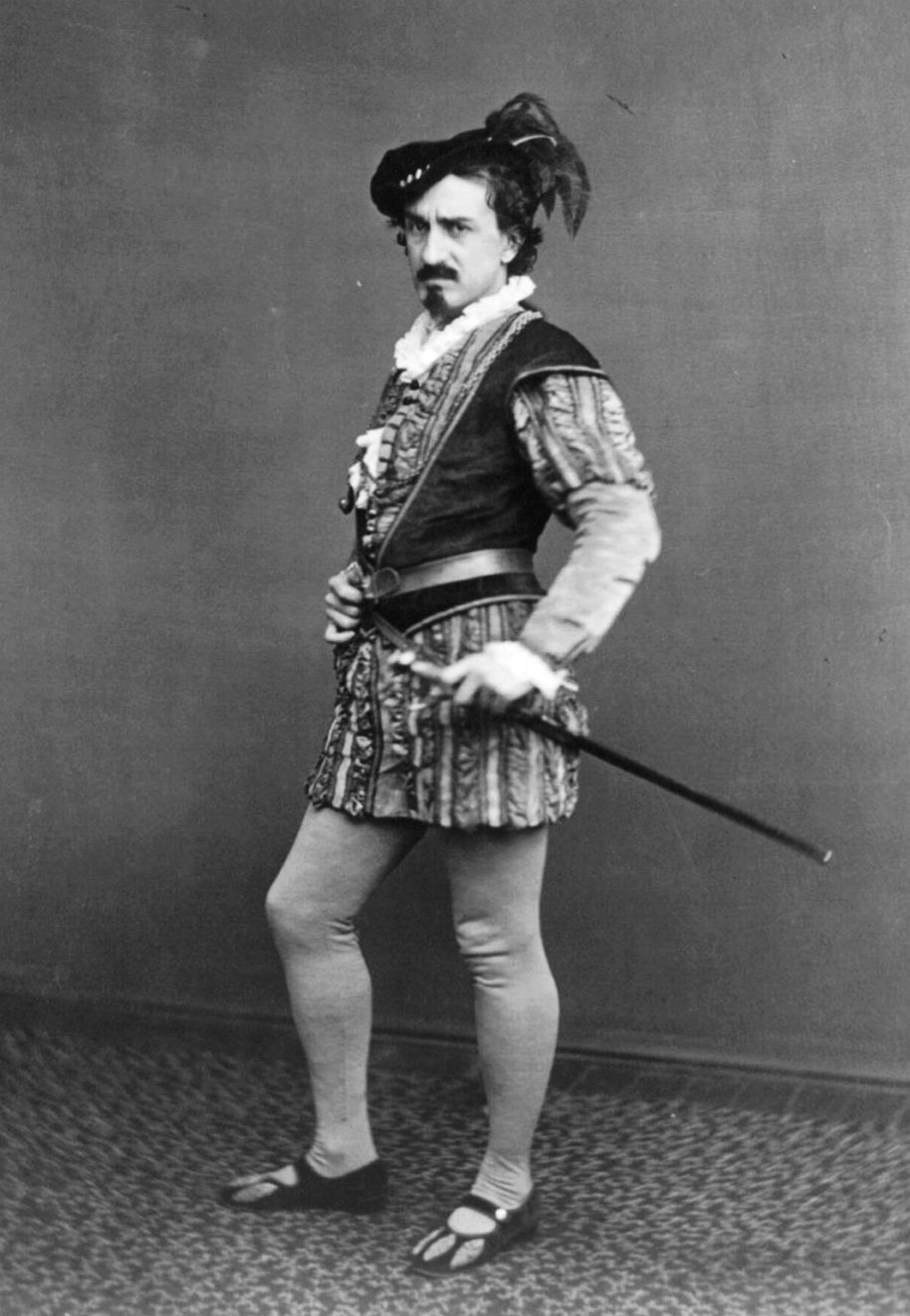 Many people will say that Iago belongs at the top of the list. When you read the top two you will understand why Iago is #3. Iago is a villain, for sure. He is jealous, evil-hearted and malicious. He gets joy out of the pain of others. He is jealous of Cassio, so he convinces Othello that his (Othello’s) wife is sleeping with Cassio. Othello then kills Desdemona and himself. Iago inadvertently stabs his own wife after she turns him over. He’s not sorry at all. At the end of the play, as they lead him off to what would seem to be his destruction, he states, “Demand me nothing: what you know, you know:
From this time forth I never will speak word.” He’s hard core.

Tamora, Queen of the Goths, rode into Rome at the side of Titus Andronicus. Titus ticked her off pretty bad right off the bat, so Tamora asked her lover, Aaron the Moor, to think of some ill stuff to do to Titus. You’ll get a listing of the crimes in the number one slot, but remember as you read it that Tamora was Aaron the Moor’s partner in crime, the Bonnie to his Clyde, and you’ll see that one of the most obscure plays contains the biggest villainy ever. Tamora was so mad at Titus because he sacrificed one of her sons. Yeah, we’d be mad too. But the revenge that Aaron the Moor cooked up was so harsh that he ranks number one in our Top Ten Shakespearian Villain list. Check it out. He convinces Tamora’s remaining sons to rape and mutilate Titus’s daughter Lavinia. They cut out her tongue and cut off her hands so that she can’t identify them. Titus’s other two sons were imprisoned, so Aaron told Tamora to tell Titus that if he would cut off his own hand she would set his sons free. So Titus chops of his hand, and then promptly receives his sons back – minus their bodies. See? We told you it was awful. Aaron got his come uppance, however. He was buried chest-deep and left to die of thirst and starvation. And you wondered why they didn’t teach that play in high school?