Hunter S. Thompson, an infamous writer and social figure who impacted generations of avid and sometimes obsessive readers, is a primary source of America’s most humorous, reckless, revelatory, and sometimes offensive quotes. In an attempt at capturing the vast essence of his genius I have assembled a list of 10 memorable quotes spanning the many eras of his seemingly endless repertoire of material.

Thompson, a sportsman, writer, athlete, and all-around exceptional human being was a wildly acclaimed journalist who enjoyed and pursued not only writing but many other fine professional and non-professional engagements including politics, rifling, pistol shooting, military service in the US Air Force, and deep sea fishing. His exploits in every field were documented, often by himself or other reputable news agencies, and have stood the test of time as iconic representations of the American Dream.

While his most infamous quotes are often linked to works such as Fear and Loathing in Las Vegas or high-profile interviews with magazines like Playboy, there are uncountable gems lurking within the volumes and collections of his essays, news articles, and letters. These hidden treasures often escape the narrow eyes of the public, making them the rare fruits of a somewhat over-devoured island of unmatched literary talent. 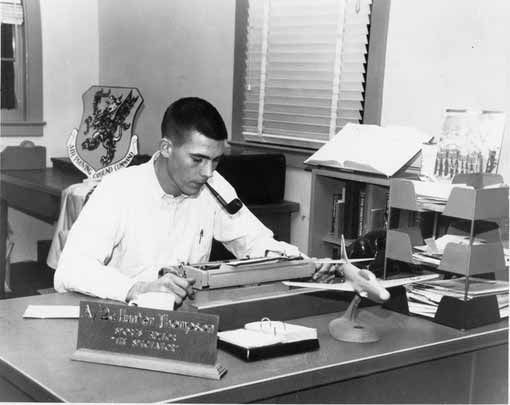 We have attempted, with this compilation, to stir up a medley of better- and lesser-known quotes which will accurately depict the various styles of writing, as well as the various stages of life, of this smashingly successful American writer.

“Be a beachcomber, a Parisian wino, an Italian pimp, or a Danish pervert; but stay away from the Armed Forces.”

Thompson’s obvious disdain for the American armed forces came from his problematic service period in the United States Air Force. While he did not receive a dishonorable discharge, Thomson did not complete his contractual tour of duty with the USAF. His unwillingness to conform to the rules and regulations of the military led to the abrupt discontinuance of his service in November of 1959. There are numerous rumors about Thompson “speeding toward the guard station in a convertible with no breaks” and “hurling a full wine bottle at the window of the checkpoint whilst ramming the gate.” 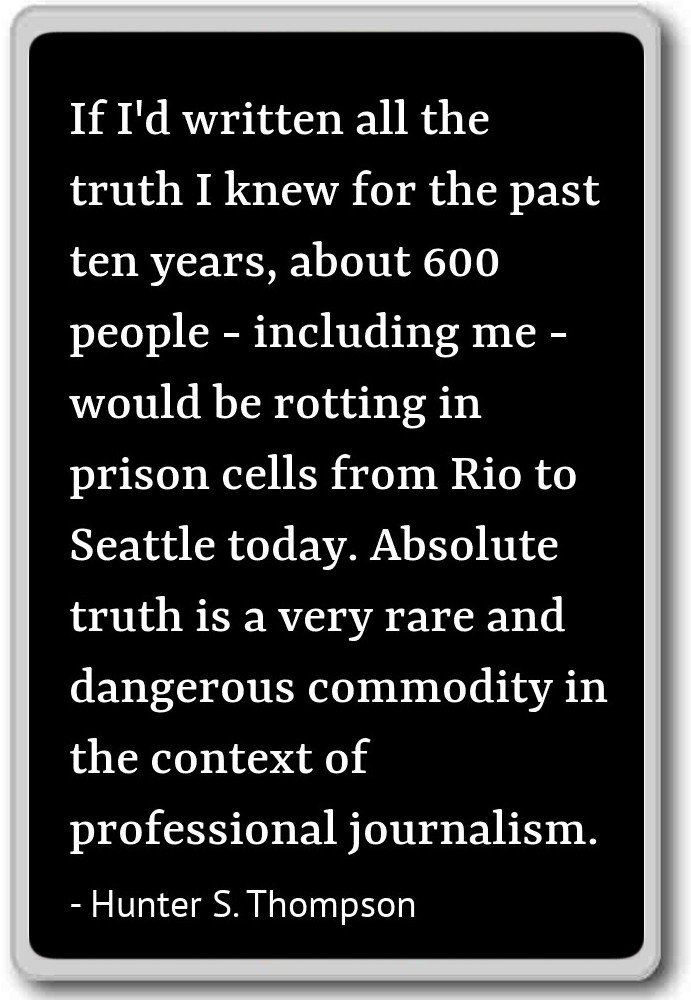 “If I’d written all the truth I knew for the past ten years, about 600 people—including me—would be rotting in prison cells from Rio to Seattle today. Absolute truth is a very rare and dangerous commodity in the context of professional journalism.”

The accuracy of Thompson’s work is often questioned by readers and critics. Pulling a quote directly from the text of Fear and Loathing in Las Vegas Thompson himself stated “Only a damn lunatic would write a thing like this and then claim it was all true.” Is journalism a craft of truth? Or perhaps creative confession of already warped information? Only you can answer that question for yourself. 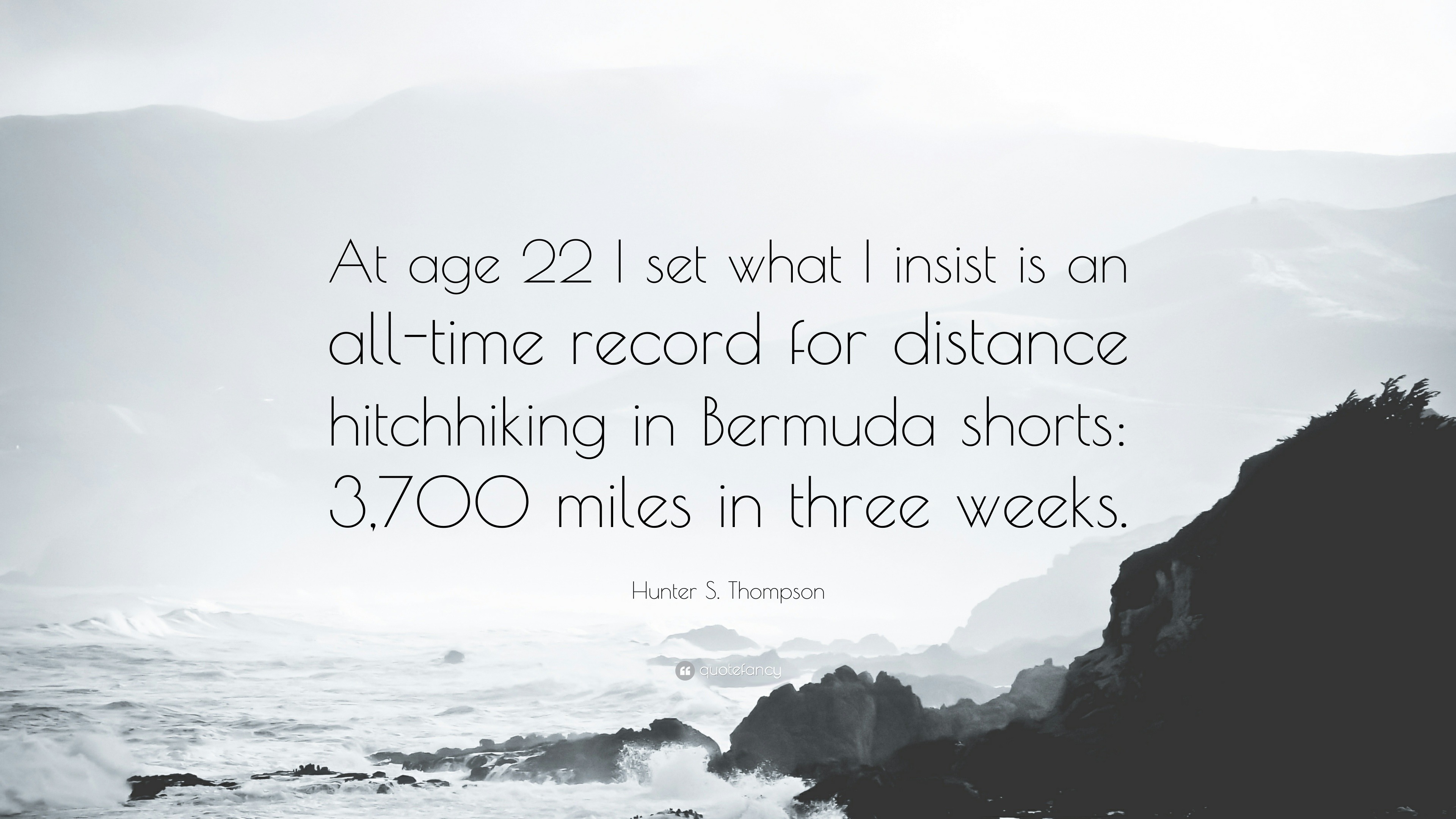 “At age 22 I set what I insist is an all-time record for distance hitchhiking in Bermuda shorts: 3,700 miles in three weeks.”

One of Thompson’s issues with his career as an American writer was that, in many instances, his vibrant and excessive personality was the focus of national attention whilst his writing, at times, was missed by the figurative paparazzi flash. Despite his disdain for this, he contributed largely to the popularization of his almost mythic character by penning personal experiences as his primary bodies of published work. 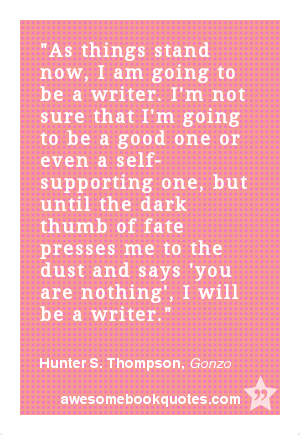 “As things stand now, I am going to be a writer. I’m not sure that I’m going to be a good one or even a self-supporting one, but until the dark thumb of fate presses me to the dust and says, ‘you are nothing’, I will be a writer.”

Dedication to his career (he always considered writing work, at times stating that he would “rather mine coal than write this article”) was a pillar of his success in the journalistic field. Thompson realized from an early age that he would be a writer, and he held true to his craft until death.

“I have been evicted from every place I’ve ever lived except the one where I live now. I finally had to buy that so I wouldn’t get evicted.”

When Thompson purchased his home in Colorado he was, for the first time, his own landlord. Some have said that a sense of unseen responsibility was the result of land ownership, while others, mostly those infatuated with his persona as a reckless badass, state that having his own land did nothing to curtail his behavior and instead turned loose a spirit which had otherwise been hampered by the conventional world of rental housing. Regardless, buying the Woody Creek residence was a pivotal point in the writer’s career, allowing him to move forward with his next round of projects.

“Nixon had the unique ability to make his enemies seem honorable, and we developed a keen sense of fraternity. Some of my best friends have hated Nixon all their lives. My mother hates Nixon, my son hates Nixon, I hate Nixon, and this hatred has brought us together.”

Thompson’s explicit infatuation with Richard Nixon was comical as well as revelatory; two men from opposite sides of the social spectrum, one belittling the other night and day and the other running the nation. It was an affair that forged some of Thompson’s most memorable insights and left America reeling in the wake of a non-politically-educated journalist with a penchant for smelling out blood.

“I never claimed to be anything more than a nice guy and an athlete.”

It’s true, he did not ever claim to be anything other than these things. Thompson was a simple, honest, working man at the heart of his being, and this honesty is blaringly evident in concise quotes like this one. 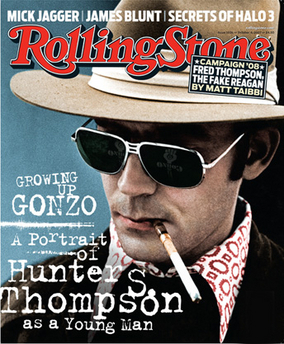 “I  was standing in the kitchen watching Frank put some tacos together and wondering when he was going to start waving the butcher knife in my face and yelling about the time I Maced him on my porch in Colorado (that had been six months earlier, at the end of a very long night during which we had all consumed a large quantity of cactus products; and when he started waving a hatchet around I’d figured Mace was the only answer…which turned him to jelly for 45 minutes, and when he finally came around he said, ‘If I ever see you in East Los Angeles, man, you’re gonna wish you never heard the word ‘Mace’, because I’m gonna carve it all over your f–ckin body.’ ”

(1974, in a segment of Strange Rumblings in Aztland that appeared in Rolling Stone)

A lengthy quote from a very early work shows Thompson’s ability to capture the essence of a scene by spanning the bridges between time and bringing characters to life through quotation. The sharp contrast between his dialogue and journalistic writing highlights both, and makes for a read that is addictive and full of a twisted humor only Thompson himself could truly create. 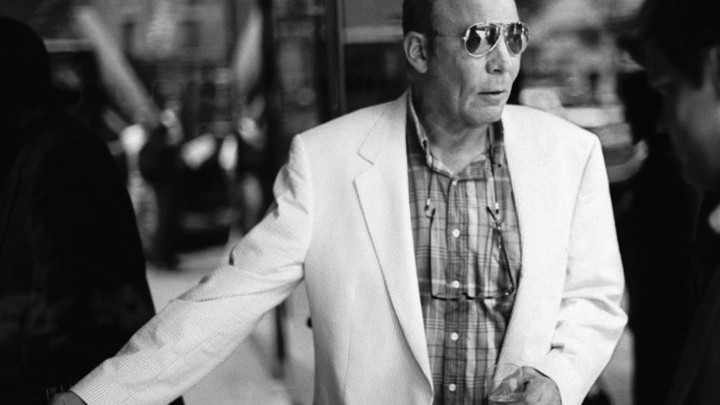 “[When elected as Sheriff I plan to] change the name Aspen, Colorado to Fat City. This would prevent greed heads, land rapers, and other human jackals from capitalizing on the name ‘Aspen’. These swine should be f–ked, broken, and driven across the land.”

(1970, while running for Sheriff of Aspen County on the Freak Power ticket)

When Hunter Thompson ran for Sheriff of Aspen, Colorado on the fabled “Freak Power Ticket” his aim was to secure the vote of society’s degenerates, low-lifes, and drug users. He hoped to instigate a brash wave of underground insurgency so large as to overthrow the conventional voting population. Unfortunately for Aspen, his plan backfired. The traditional community was enraged by the Freak Power Ticket, and a wave of angry conservative and liberal citizens united to quell the potential candidate’s rush for office.

1. A World of Thieves

“In a closed society where everybody’s guilty, the only crime is getting caught. In a world of thieves, the only final sin is stupidity.”