As go the engraved words upon the gravestone of the (not so) immortal pioneer of flight, Otto Lilienthal: “Sacrifices Have to Be Made”.  In pursuit of scientific knowledge and discovery, there will always be those who step out, over and beyond the call of duty.  This article is NOT for these brave people.  This article is for those who completely launched themselves beyond the call of duty, on a motorbike made of science and insanity.

Born in 1811, Robert Bunsen is mostly notable now for the invention which carries his name, the famous Bunsen Burner (actually developed by his assistant, but that’s another story).  This feat, however, was not all Bunsen was remarkable for, thanks to a lesser known yet significantly more awesome aspect of his history: Robert Bunsen was sort of like science’s answer to Die Hard

During 1840, Bunsen decided to begin working with compounds known as cacodyls, despite the knowledge that these cacodyls had a number of well-researched risks associated with them.  Namely, they’re highly explosive, extremely toxic (containing the poison arsenic), liable to combustion in dry air, and perhaps worst of all, the name “cacodyl” is derived from the Greek word for “evil-smelling”.  Unfazed and ready to swing some punches for science, Bunsen stepped bravely into the metaphoric ring…and promptly lost an eye to a (ridiculously predictable) cacodyl explosion.

A flesh wound like a seared-out eye was not enough to diminish Bunsen’s dedication, and he continued his studies undeterred, right up until he contracted arsenic poisoning.  He continued to experiment with cacodyls, braving the effects of arsenic poisoning, which include muscle cramps, severe diarrhea, partial paralysis and death – all of which he suffered in his life (at one point or another).  Eventually, after an impressive (and kind of baffling) six years of living with cacodyls, he did move on to safer work. Namely, taking gas samples from volcanoes and inside blast furnaces.

One of the most influential and famous figures of the 16th century, Francis Bacon was a renowned scientist, politician, lawyer, philosopher, and…well, he apparently did just about everything.  Aside from single-handedly raising unemployment rates in England by doing everybody’s job, the deliciously-named Bacon pretty much pioneered the scientific method still in use today.  One of Bacon’s many contributions to science was the discovery that snow could be used to preserve meat: upon having this idea, Bacon decided that there was absolutely no time to lose and reportedly charged out headfirst into the snow to investigate, without bothering to dress appropriately or return to warmth within a reasonable time frame despite the freezing temperature.  He contracted and eventually died from pneumonia, but at least the turkey he stuffed with snow was preserved. Back in the 1940’s (as recently as 1945), it was believed that the number of g-forces required to kill a man was 18 g.  John Stapp decided to challenge this belief, and did it in the same way any rational man of science would: he strapped himself to a rocket and subjected his own damn body to it.

He performed many variations of these experiments into deceleration throughout his career, suffering a whole host of different injuries including broken limbs, ribs, detached retina, and various other traumas which eventually resulted in lifelong lingering vision problems caused by permanently burst blood vessels in his eyes.  You’d think this might cause him to at least tone down the experiments a little, but you would be wrong; a man in a rocket is difficult to slow down.  In one of his final experiments, he subjected himself to an astonishing 46.2 times the force of gravity. 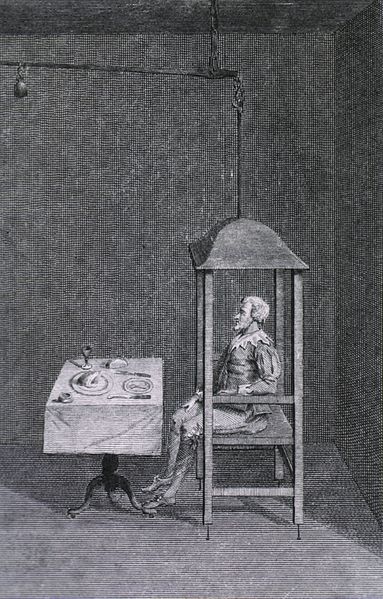 Santorio was an Italian profession and colleague of Galileo, who just happened to be curiously obsessed by the workings of the human body.  So obsessed that he elected, for 30 years (from 1590 to 1620) to spend most of his time living in a tiny room suspended by giant scales.  He also weighed everything coming into his body… as well as everything leaving it, in what has to be one of the less-pleasant bizarre experiments on this list.  His “experiment” is widely celebrated for its empirical methodology (measuring everything and ensuring all findings were accurate), and originated the study of human metabolism. 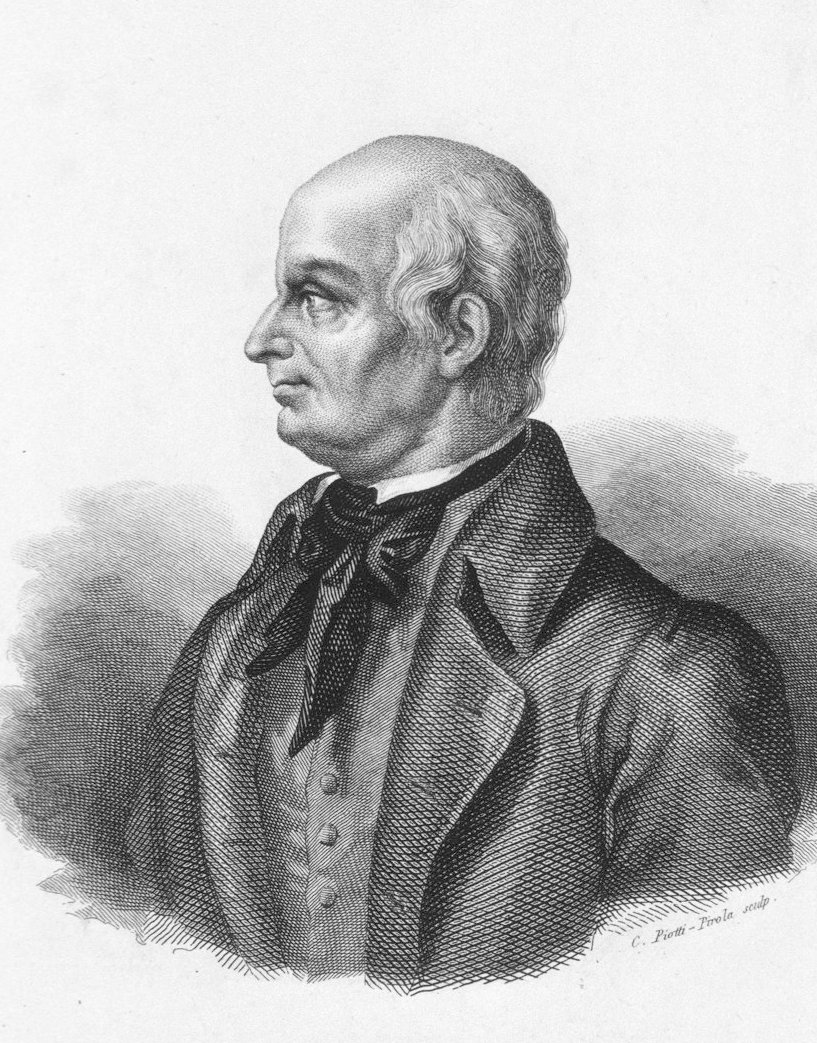 Another Italian with an obsession with digestion, Lazzaro regularly swallowed sponges on strings, pulling them back out once they had absorbed his stomach fluids.  Clearly this wasn’t already unusual enough, as he proceeded to add various kinds of food to these sponges and even hold them under his arms (reportedly taking them to such events as church services with him) in order to observe digestion in action.  His research led to the basis of our modern understanding of digestion. 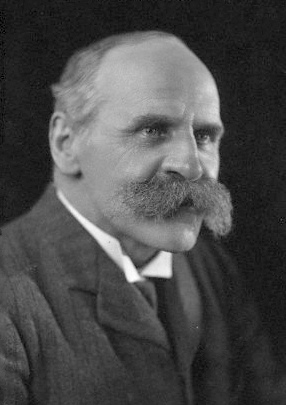 A British physiologist with an admirable amount of dedication to make up for his apparent lack of self-preservation instinct, John Scott Haldane was widely known for his expert knowledge of the respiratory system, along with his “intrepid self-experimenting” – namely, sealing himself within an airtight chamber and subjecting himself to lethal cocktails of gases while recording their effects on his mind and body.  His son, John B.S. Haldane, followed in his father’s footsteps, depriving himself of oxygen long enough to trigger a damaging fit and inflicting upon himself perforated eardrums.  John Scott’s experiments lead to a vast array of discoveries relating to the workings of the human body, the natures of gasses and the (often unpleasant) intersection between the two.

Forssmann had theorized that certain drugs could be delivered more effectively into the bloodstream if they were administered directly into the heart; this was the basic principle behind what would become his revolutionary procedure, cardiac catheterisation.  In order to test this procedure, he enlisted a nurse to help him, who agreed on the condition that he would perform the operation on her, instead of himself.

So he secured her on the operating table…and then went ahead and performed the operation on himself anyway, presumably screaming, “it’s too dangerous!”  While under the influence of local aesthetic he went ahead and threaded a uretic catheter into his vein, and then straight into his heart.  Remember that next time you’re complaining about an injection.

Along with his partner, Dr. Robin Warren, Marshall was studying the bacteria H. Pylori when he became convinced of a connection between the bacteria and afflictions such as peptic ulcers and gastric cancer.  Faced with ridicule from established scientists and doctors, it stands to reason that Marshall would respond by doing the least ridiculous thing he could think of.  But his actual response was to scull an entire Petri dish filled with bacteria.

After three days he developed nausea and halitosis, after five he had progressed to vomiting, and by the eighth day he had demonstrated that his own body had become a living bacteria farm, significantly advancing contemporary medical knowledge and proving his opponents wrong in the craziest and most awesome way possible.

A French husband/wife duo with a keen interest in radiation, Pierre and Marie Curie literally defined the term “radioactivity”.  In an effort to test how this strange activity – which they suspected could be harmful to humans – affected skin, the pair settled on a method for investigating.  Pierre strapped raw radium to his bare arm, spitting in the eyes of such concepts as safety or healthy caution.  After several days, his arm became red and inflamed; the longer it stayed on, the more painful and grievous the wounds became.  This apparently just made the pair angry, as they continued experimenting for several months, eventually gaining great knowledge of radiation burn, along with “various changes in our hands during researches”.

In an effort to prove that Yellow Fever isn’t contagious (note: it is), Ffirth transcended the boundaries of hygiene, common decency, and sanity itself.  He made incisions in his arms and then filled them with vomit from Yellow Fever patients, or just poured it directly onto his eyeballs.  He then moved onto blood, saliva and urine, just in case anybody wasn’t already disgusted enough.  In the end, his work was all for nothing – the samples he had obtained had come from patients who were past the point of being contagious, which we imagine would be pretty devastating to discover after spending months swallowing vomit.