Today, for many of us, King has become less a human being than a source of quotes and a saint.  This will not do.   A pedestal is no place to put a great man’s legacy.  So this tribute is intended to not be as sanctimonious as most of those for King have become.

While the “I Have A Dream” Speech has been quoted for some rather crass purposes by a certain tech company, during its own time it was exploited in even worse ways.  Twentieth Century Fox in 1963 released an album of the speech without so much as notifying the King estate.  King sued the album out of circulation.  Ever since, the King Estate has been very litigious in this regard.  They have sued, among others, USA Today for reprinting the speech in full, and CBS when it attempted to rebroadcast the very footage

they had shoot in the first place.  They even filed suit against PBS for naming a documentary series “Eye on the Prize.” 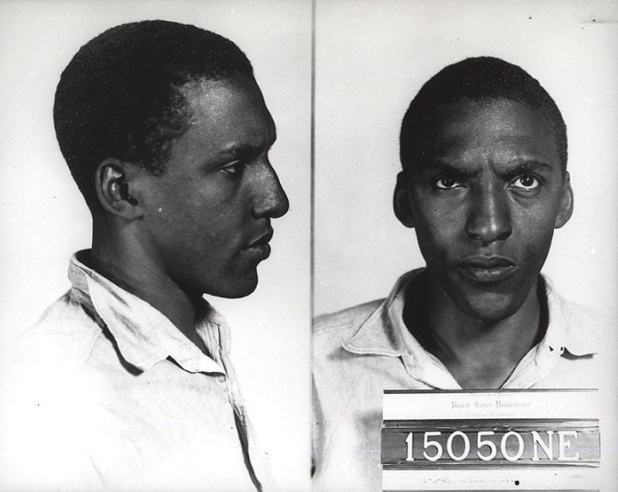 One of the people most often cited as an influence King was Bayard Rustin to an extent that Rustin was directly involved with organizing the March on Washington and during the Montgomery Bus Boycotts. But in 1955, Bayard had been arrested In flagrante delicto for having consensual sex with two other men.  To King’s credit, he did not distance himself from the activist in spite of his potentially extremely damaging reputation. 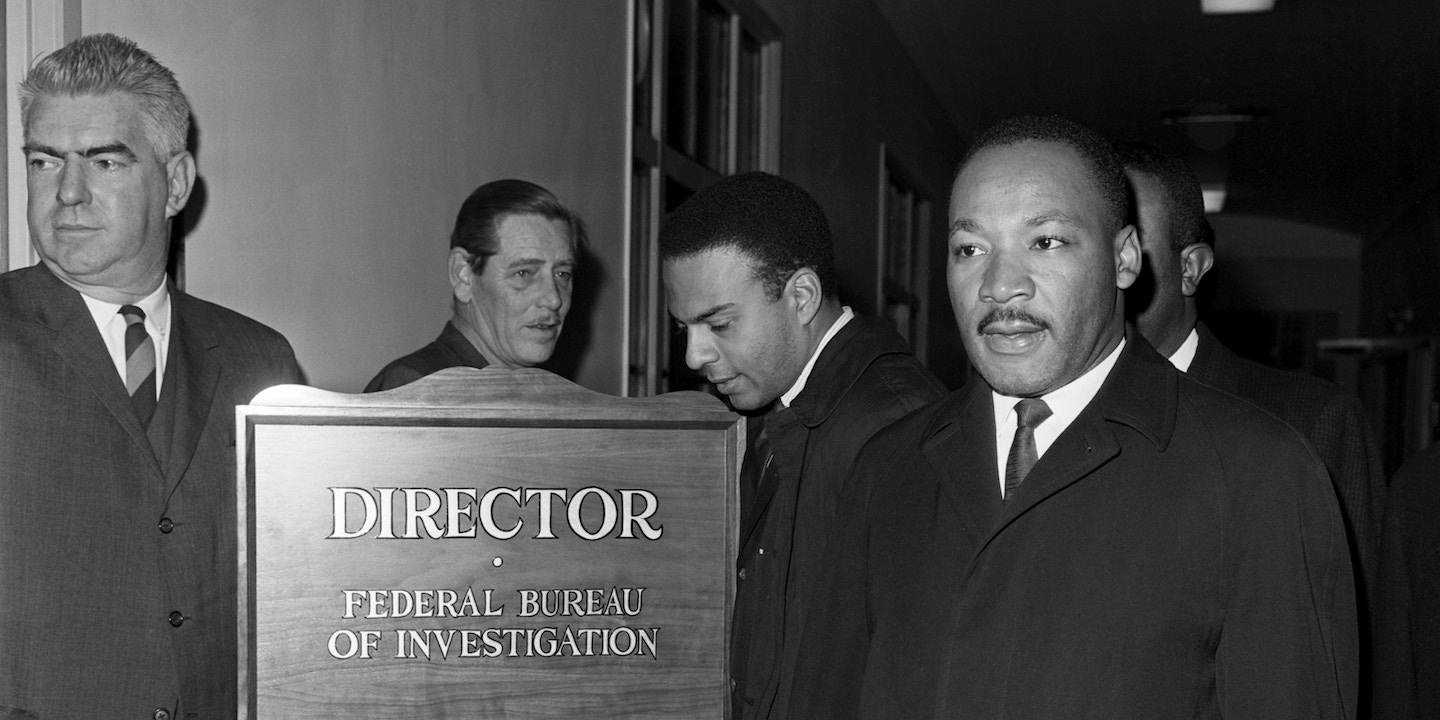 During the 1950’s and 1960’s, the F.B.I. targeted King for investigation to see if he could be implicated for communist sympathies.  While under observation, they claimed to have recorded numerous sound bytes from King of an unsavory nature, including flippant jokes about John F. Kennedy after his assassination.  By far the most prevalent have been claims that King spoke extensively about his sexual conquests, including reported sound bytes such as “I’m f—— for God.”  One of the agents who had him under observation reported that he was “beastial” about it.  Biographers, by contrast, have claimed that King felt extreme guilt over this and that the content of his sermons would sometimes reflect his anxieties.  King also had at least one extramarital partner that he allegedly reached a point that he was in touch with every day and who emotionally supplanted his relationship with his wife for him.  That’s not an excuse, but it was a more complicated situation than the people who just like to use this aspect of his character to attack him or seem less worshipful of him generally imply. 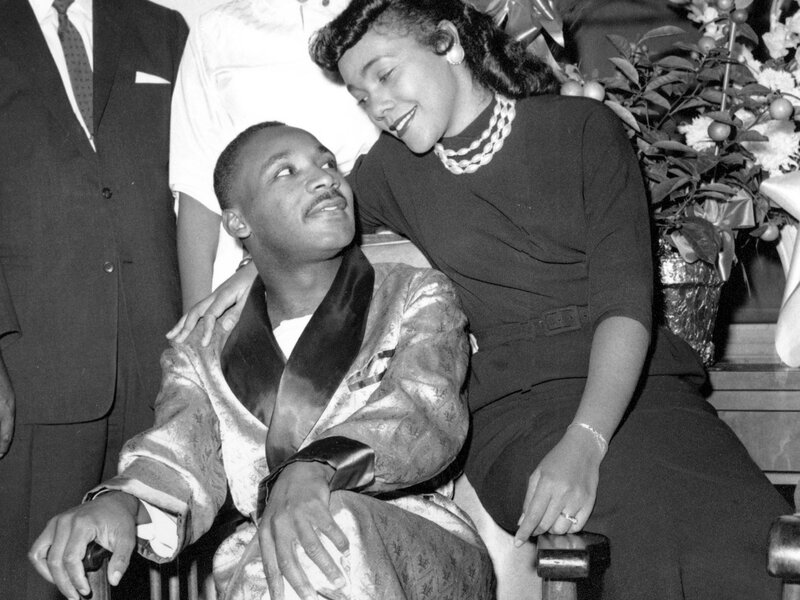 Eleven years before his tragic incident with James Earl Ray in Memphis in 1968, during a book signing, King had his first encounter with a named assassin.  Curry was a mentally disturbed black woman that stabbed King in the chest and very nearly killed him.  Imagine what a disaster that would have been for the civil rights movement and you see why this ugly incident is not more often mentioned.

6. The Most Violent Protest

The event that King described as “the most violent protest I have ever seen” didn’t take place in the South like you would expect but in Chicago. During a 1966 demonstration, King was struck in the head by a brick.  King continued the march he was partaking in, but canceled other demonstrations for safety reasons.  This is a man who had already had his house bombed in Montgomery to give an idea of the sort of people he encountered there.

5. Delivered One of the Best Anti-Vietnam War Speeches

In 1967, King alienated many by making his anti-war sentiments known in a speech now known as “Why I Oppose the War in Vietnam.”  Among those were President Lyndon Johnson and such publications as Life Magazine and the Washington Post, who accused King of such things as having betrayed his relevance to the nation with such sentiments.  An album of the speech released posthumously won a grammy award. but it still remains a really worthwhile speech (take THAT, Grammys!)  You can experience its power here.

4. King was Very Unpopular at The Time of His Death In addition to his then-extremely unpopular stance on the Vietnam War, King in the mid to late sixties became more passionate about class discrimination including a highly controversial plan to provide the disadvantaged citizens (of all races and creeds) fifty billion dollars over a ten year period.  Conspiracy theorists often say that his death was actually a government plot to stop his planned Peace March on the capital, the sort of thing that would make him seem less like a crusader and more like a dangerous subversive. In 1968, he had an approval rating of only 30%.

3. The Descendants Have Had Difficulties with the Legacy

King’s children have been heavily criticized for how they have carried on the family name.  Because of the lack of proper will and testament on King’s part, his children have been suing each other and others for years.  This was first reported in the news after the King family sold thousands of his documents (mostly handwritten) to the Atlanta Morehouse College for thirty-two million dollars.

2. A Lot of Interesting Information is Coming Out 2027

Remember all those attributed sound bytes that we mentioned in #8?  Well, in 1986 a judge  suppressed a large amount of information that was recorded while he was under observation.  Given that the file in question contains roughly 17,000 pages of information, there just has to be something breathtaking that some very diligent scholar is going to dig out of there.  We know one list that Toptenz is going to run in 2027!

This article has kind of been a bit on the negative side, so let’s finish it off with something fun.  A collection of internet comedians with the youtube channel Schmoyoho remixed/autotuned King’s best known speeches into songs.  The King Estate being as litigious as stated above, the best known ones by the musical group Schmoyoho have been taken down but also replaced by videos posted by fans.  Whatever your tolerance for the using the autotune process for music, they are worth a sampling, if only for how it helps to remember particularly evocative passages of the speeches.