Did you ever stop to wonder: “Hey, what was the manliest thing anyone ever said?” Well, you need wonder no more. The quotes in this list are the rare real-life equivalents of the one-liners we’ve all seen Arnie and Bruce Willis spout in action movies. A quote of this type might not always be the safest thing to say, or the most realistic, or even the wisest. But it is indeed the manliest.

10. Damn the torpedoes! Full speed ahead!

It was dawn on August, 1864. David Farragut and his fleet of eighteen ships had begun their attack on the last port held by the Confederacy in the Civil War. A ship in Farragut’s fleet, the USS Tecumseh, drifted off course slightly and struck a mine, then known as a ‘torpedo.’ Within minutes, the “unsinkable” ironclad was going down. Other ships, alarmed, began to pull back. Farragut wasn’t impressed, and asked through a trumpet (these were pre-radio days) what the hell was going on. The reply was “Torpedoes!” In response, Farragut literally trumpeted this still-famous reply. “Damn the torpedoes!”

And the sentiment wasn’t mere stubbornness on Farragut’s part: by his calculations, most of the mines had been underwater too long to function anymore. And indeed, all seventeen of the other ships in the fleet made their way through the minefield safely. After a battle with Confederate ships, Farragut’s fleet emerged triumphant. (military.com) 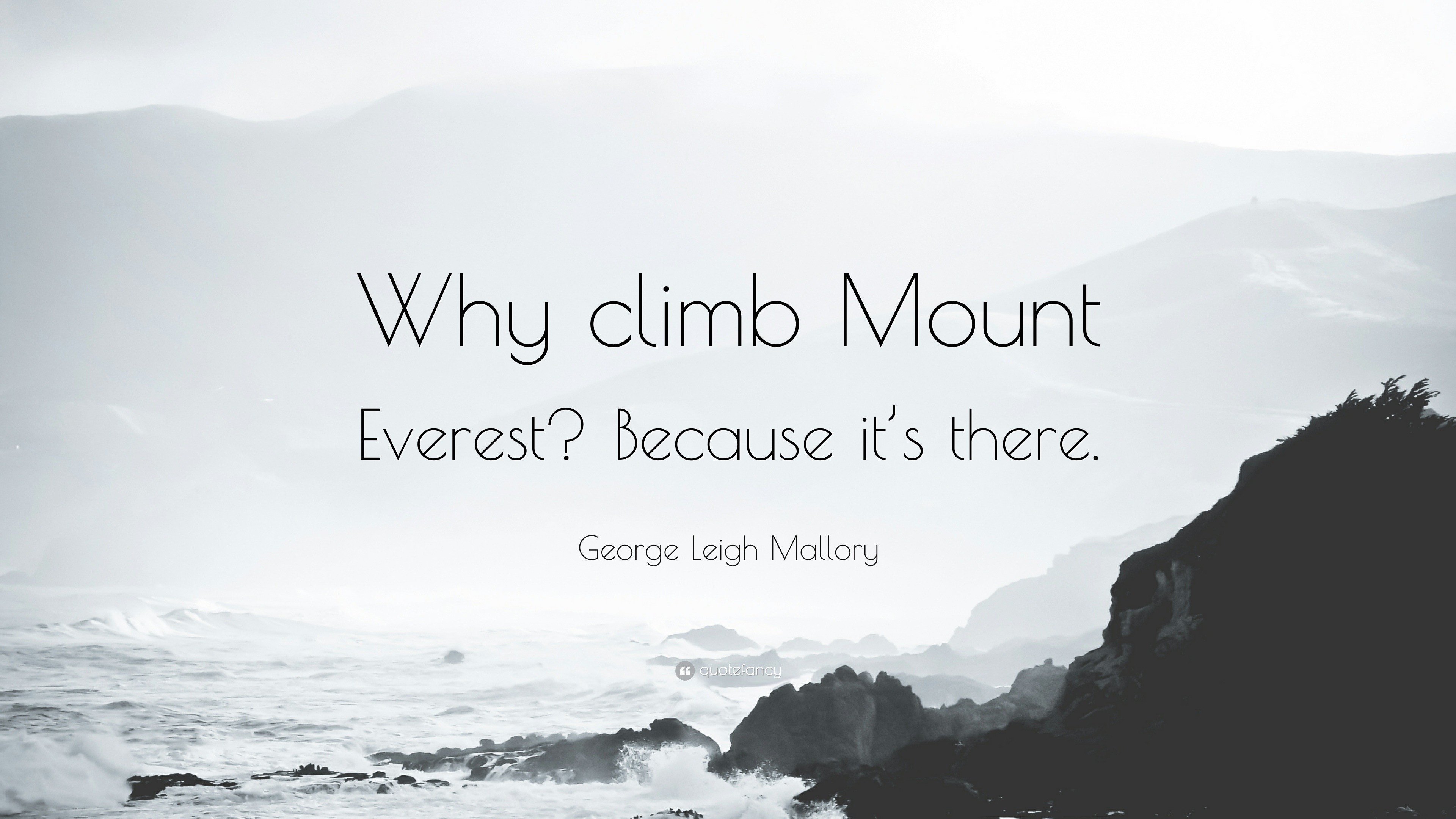 This was the terse response Mallory gave to a New York Times reporter, who wanted to know why he intended to climb Mt Everest. After all, even today people still die trying to climb the world’s tallest mountain, and this was back in 1923.  Mallory’s words sum up the inner desire to explore and achieve, not for any outward gain, but just for the hell of it.

Along with a companion, Mallory attempted to reach Everest’s summit in 1924, but the two disappeared near their destination. Mallory’s body was discovered in 1999, but to this day, nobody knows for sure if the men reached Everest’s summit before they died. If they did, they would have been the first: the next successful attempt would take another twenty-nine years. (thisdayinquotes.com)

8. We shall have our fight in the shade!

Said by: Dienekes the Spartan

Over 2,500 years later, the Battle of Thermopylae is still famous among admirers of manliness. The historian Herodotus recorded the details of this three-day fight, in which an alliance of Greeks led by 300 Spartan warriors held off the invading armies of the Persian Empire. Herodotus describes Dienekes not only as the bravest and most distinguished of the Spartans, but also as a master of badass wit. When informed by a local resident that the Medes, one of the armies sent by the Persians, were so numerous that their arrows were known to blot out the sun, the man replied: “Excellent tidings. If the Medes darken the sun, we shall have our fight in the shade.” (wadsworth.com)

In 1940, Nazis had reached the French shores closest to Britain, repelling the British troops that had fought there. An invasion of Britain appeared imminent, and Prime Minister Winston Churchill delivered a much-needed rousing address to parliament. 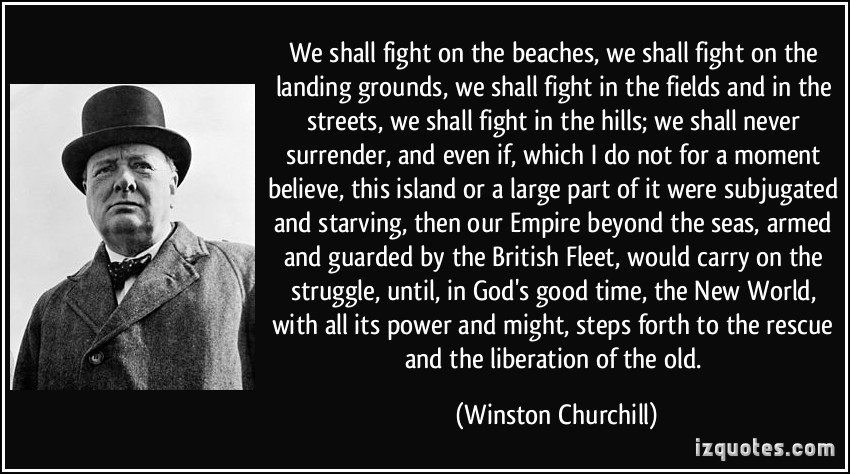 The passage above, which concluded the speech, was both badass and cleverly designed. According to linguists, Churchill deliberately filled his sentences with short, simple words derived from English’s Anglo-Saxon roots. This not only made the speech sound more powerful, but gave it an inspiring, ‘patriotic’ feel. (jordanpossblog)

6.  Friends, I shall ask you to be as quiet as possible. I don’t know whether you fully understand that I have just been shot; but it takes more than that to kill a Bull Moose.

When he was campaigning in Milwaukee to try to regain his presidency, a would-be assassin shot Roosevelt in the chest with a .38 caliber pistol. The bullet pierced a bundle of paper – notes for a speech he was going to give – inside Roosevelt’s jacket, and lodged under one of his ribs. Good they didn’t use a teleprompter in those days.

So what did Roosevelt do in response to the attempted murder? He figured it was no big deal, and went on and gave the speech. Which sounds insane enough even before you consider that the speech went for ninety minutes. That would have been challenging enough for someone who wasn’t bleeding from a bullet to the chest. Roosevelt’s would-be assassin was caught, but actually got off lucky: the ex-President was known to regularly carry a concealed pistol. (doctorzebra.com) 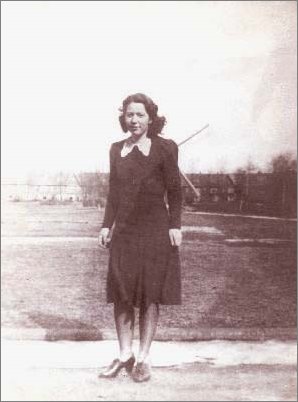 Hannie Schaft proves to us all that ‘manliness’ doesn’t always have to be literal. Schaft was a member of a resistance group in Nazi-occupied Holland, and had taken part in sabotage and assassinations. She was captured near the end of the war, and taken out to a remote area to be executed. The group escorting her included Maarten Kuiper, a Dutch SS officer who had also been involved in the arrest of Anne Frank.

This all-around nice guy took a shot at 24-year-old Schaft, but only wounded her. Unafraid, Schaft taunted him for his poor aim, prompting Kuiper to shoot her again. Hopefully he went home and cried afterward.

In a memoir of the Battle of Little Big Horn, in which an alliance of Lakota, Northern Cheyenne and Arapaho fought against a force led by George Custer, a Lakota warrior mentioned ‘somebody’ yelling this line as a battle cry. Since then, it’s been largely assumed that the speaker was Crazy Horse, the man commanding that part of the battle. What’s most likely is that it was already a common Lakota saying. Still, its manliness has echoed through the generations, and the producers of Star Trek later made it a saying of the fictional alien warrior race, the Klingons. (hubpages.com)

3. I am just going outside. I may be some time.

Things didn’t go well on the 1912 British expedition to the South Pole led by Robert Scott. Five men including Captain Oates traveled over 1,000 miles in 79 days, only to discover when they got there they’d been beaten to the Pole by a group of Norwegians.

It got worse. Bad weather, scurvy and frostbite started beating them down, killing one man and severely slowing down an injured Oates. Despite the fact that he disliked Scott immensely, Oates repeatedly asked his companions to leave him behind in order to save themselves. They refused. Finally, Oates delivered these famous last words before he stepped outside the tent into -40F weather. The other men tried to dissuade him, but ultimately recognized that Oates was doing his duty as an English gentleman. (infobritain.co.uk)

Said by: John Paul Jones, Captain of the Bonhomme Richard 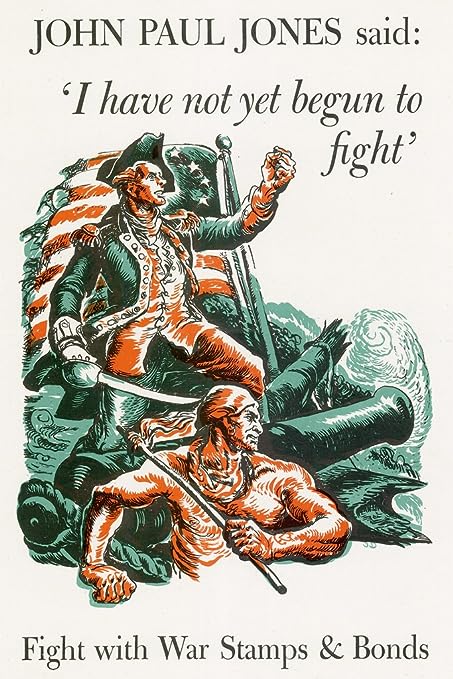 Sailors, apparently, are good at making manly quotes.  John Paul Jones, a naval officer in the Revolutionary War, took on the British HMS Serapis in 1779, while off the coast of England. His ship, the outgunned Bonhomme Richard, was hit by both enemy and friendly fire. At a low point, the Serapis’ captain called out “Have you struck your colors?”, meaning surrender.

Jones replied “I have not yet begun to fight!” Maybe his men were energized by his badassery, because the battle quickly turned in their favor. The Serapis surrendered, and the crew of the Bonhomme boarded her, only for their own horribly damaged ship to sink. Which must have left the Serapis’ captain feeling pretty silly. (suffolknewsherald.com)

1. Do what is right because it is right, and leave it alone.

The year was 1940, and the Nazis were about to invade Lithuania. Chiune Sugihara, employee at the local Japanese consul, found himself swamped by a desperate crowd of Jewish refugees. They needed transit visas so that the Soviets, then in power, would let them leave the country. Although Japan was technically a Nazi ally at the time, Sugihara decided “screw it” and started on a renegade visa-issuing rampage, working up to 20 hours a day to create thousands of life-saving permits. It’s estimated that 40,000 people are alive today because of what Sugihara did.

Unsurprisingly, Japan didn’t take kindly to this, and quickly ended Sugihara’s public service career, sending his family into poverty. Sugihara could have spent the rest of his life complaining about this. He didn’t, though, and also continually shrugged off any attention given to his heroics. Why? The answer lies in Sugihara’s quote, given in response to a question about why he’d chosen to help the refugees. He didn’t save lives in order to gain anything, or to impress anyone. He did it because it was right. (artofmanliness.com)