The final resting places of most historical figures are highly guarded and viewed by many as shrines or at least veritable cash cows for the societies guarding them. For a very few of those figures, some of their remains have been “preserved” for posterity, the sake of science or just egotistical reasons. Sure anyone can see a dinosaur bone in a museum, but wouldn’t you rather see the brain of a famous scientist or the shattered bone of a martyred revolutionary?

The order of this list was derived from the relative popularity of the dead historical figure along with the circumstance of how or why the “artifact” was preserved. A Union general who lost his leg to a cannon at the Battle of Gettysburg, Major General Dan Sickle was not a brilliant man. After seeing high ground in front of his troops, he ordered them to move about a mile away, which was more indefensible and where they were effectively decimated. His leg was hit by a cannonball and had shattered, but he persevered until his leg was amputated that afternoon. Sickles’ leg and the cannonball are displayed at the American National Museum of Health and Medicine since he remembered that the Army Surgeon General was building a display of morbid anatomy along with the projectiles that caused it. Too bad this insubordinate’s legacy lives on because of that directive.

While Del Close had taught many improvisational giants in modern media such as Stephen Colbert, John Belushi, Tina Fey, Harold Ramis, Bill Murray and others, it was perhaps his final request that wound up being the cruelest joke. Close has wanted his skull donated to the Goodman Theatre in Chicago so he could play Yorrick in “Hamlet.” While his creative partner Charna Halpern tried to make it happen, no medical organization would allow his skull to be separated from his head due to funding and/or ethical concerns. So Goodman Theatre has a stand-in while Close’s skull was cremated along with the rest of the body, according to Halpern.

This Major is the second American Civil War soldier on this list, though he only lost an arm in the war. John Wesley Powell was the founder and longtime director of the Bureau of American Ethnology though he was arguably most famous for his exploration of the Colorado River and the Grand Canyon post-Civil War. The first of three brains on this list, Powell’s is on display in a vat at the Smithsonian institute.

French physician and anthropologist Paul Broca is best known for his mid 1800s discovery of the speech production center of the brain in the frontal lobe. In addition to that area being named after him, he also famously founded a number of anthropological societies in France and beyond. Wonder what he would have to say about his brain being a display at the Museum of Man in Paris? José Rizal’s execution sparked the revolution of his homeland, Spanish colonial Philippine in 1896. Like Gandhi, Rizal believed in peaceful means to reform, which was what he wanted for his country. Now a national hero, he was originally buried in non-blessed grounds in an unmarked burial site. But about 17 years after his death his body was exhumed and transported to Luneta. During the transport a single vertebra was enclosed in a glass reliquary for display, eventually, at the Rizal museum in Fort Santiago. Supposedly it was the only bone hit by the single live bullet of the firing squad when he was executed. 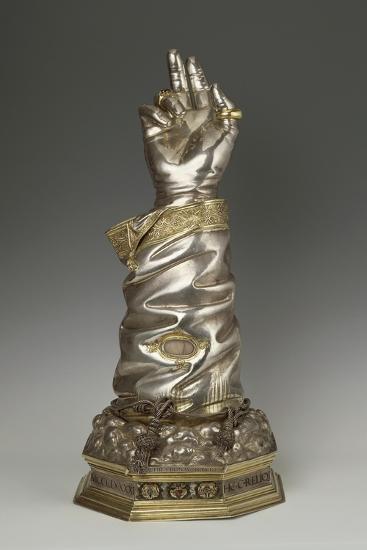 Our only holy figure on the list, this saint’s writing arm and hand have been preserved due to his work “Commentary on the Four Books of Peter Lombard.” St. Bonaventure’s arm was encased in a silver arm-shaped reliquary that now resides in his hometown of Bagnoregio, in the parish Church of St. Nicholas. Called a Seraphic Doctor by his colleagues, this 13th century Franciscan monk postulated that no ideas existed in nature, that they were all given to human through the Divine; hence writing by the hand of God!

The father of the American nation, George Washington’s death was mourned by everyone in the United States. However, it was the aunt of Henry Wadsworth Longfellow who asked for a lock of his hair in remembrance of the great man. In 1850, Longfellow had the lock of hair enclosed in a gold locket, which was later given to the Maine Historical Society per his aunt Eliza Wadsworth’s wishes. 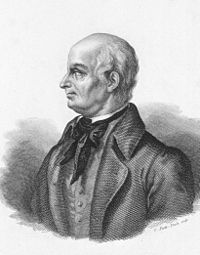 Italian biologist Lazzaro Spallanzani was best known in the 1700 as paving the scientific highways for Louis Pasteur by proving that microbes traveled by air and could be killed by boiling – like most other living organisms! He also proved that sexual reproduction in mammals requires a sperm and an ovum, and performed the first successful artificial insemination … on a dog. But his bladder was supposedly the most useful part to be preserved since he died from bladder cancer. Spallanzani’s bladder remains on public display in a Pavia, Italy museum.,

Galileo Galilei has been called the father(s) of “modern science,” “observational astronomy” and “modern physics.” He has a list of accomplishments as long as his arm, though his arm and fingers were under house arrest by the Inquisition during his last years of life due to his belief that the sun was the center of the universe, not the Earth. Of course when he died, his body wouldn’t remain at his house and his finger didn’t remain with his body either. Galileo’s finger is on display at the Museo di Storia del Scienza in Italy after it was removed by Anton Francesco Gori in 1737. Just shy of a century after his death, Galileo’s body was transferred from a small closet to a newly built mausoleum. Like many other geniuses, Albert Einstein’s extraordinary intellect was always questioned – why was he so intelligent? After his death in 1955, Einstein’s brain was extracted from his body by Princeton Hospital pathologist Thomas Stoltz Harvey without the permission of Einstein’s family. Ostensibly, Harvey told the family that he would try to have it examined; it was examined once over the next 40 years, but those results were highly questionable according to the scientific community. To this day, no conclusive research has been done on Einstein’s brain, which has also not remained whole due to sending pieces to different researchers. Talk about picking your brain!

I was tempted to put in Tutankhamun, but his whole body was preserved, not just a single part! And then there’s one of the most famous cartoonists of all time, Walt Disney. But like Tut, his whole body was supposedly preserved – cryogenically. Alas like Close, it’s just an urban legend – Disney was cremated.