Mario, one of the most popular video game characters today. Mario has been from jumping over barrels to running all around the world for saving a princess, racing in little karts on many different tracks, flying around the universe for collecting lost stars, competing in the Olympics with Sonic, etc.

The games he’s been starred in include Super Mario Bros, Mario Kart, Super Mario World, Super Mario Galaxy, Super Mario Sunshine, Mario Party, and a whole bunch of others. Obviously he didn’t make it here all by himself. He had to had some help from a lot of other characters. They have a load of importance for Mario’s existence. And with this said, I give you the list of the 10 characters whom Mario never could have made it without.

Just a heads-up: Mario himself will be on this list, but I’m not going to make it cheesy with him being #1. I have my reasoning.

Lakitu is that koopa on the smiling cloud. So what makes him so important? He’s just the annoying jerk who throws spiky balls at you that turn into Spinies when they hit the ground! Well, honestly, I have to agree that Lakitu is just a freaking pain! But, when he’s not throwing Spinies at you, he’s either your personal camera man on Super Mario 64 or the race starter in any Mario Kart

game. How can you see mario on the screen when there’s no camera man?

How can you start a race without someone to hold out the starting light? Then again, there is the very annoying factor of him, which is why I put him so far back on the list.

Luigi, as everybody knows, is Mario’s little brother. Now, I bet you’re all freaking out and raging at me for putting him so far back on the list. Well, hear me out. Sure, he has been with and fought along side Mario for his whole life. Also, he is kind and generous and has a great personality. He is the favorite of many, MANY Mario fans.

But, let’s look on the lines of video game logic. Mario didn’t really NEED a brother. The creators just thought it would be nicer for Mario to have someone to take on his adventures with. Just think about it! If Luigi didn’t exist in the first place, meaning that nobody ever knew about him, it wouldn’t have an extremely bad effect on Mario or his fans. Now, this doesn’t necessarily mean I have a grudge against Luigi. I am just stating facts, not opinions. Actually, in my opinion, I think Luigi is just epic! 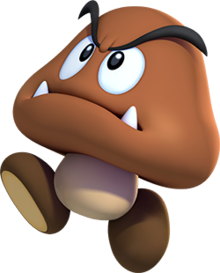 Goomba is the first little baddie featured in any Mario game (not including the barrels from Donkey Kong). I honestly have no idea what to compare him to. I guess he would be some kind of two-legged mushroom with upside-down fangs.

What’s so great about a small, weak, pointless, annoying little pest? Well, if you’re smart enough to realize that the goomba is the basis of all the baddies in many Mario games, then you know exactly why it’s on this list. The goomba represents all of the obstacles in the way of your big adventure to save Princess Peach. What the hell is a video game without something trying to get in your way? 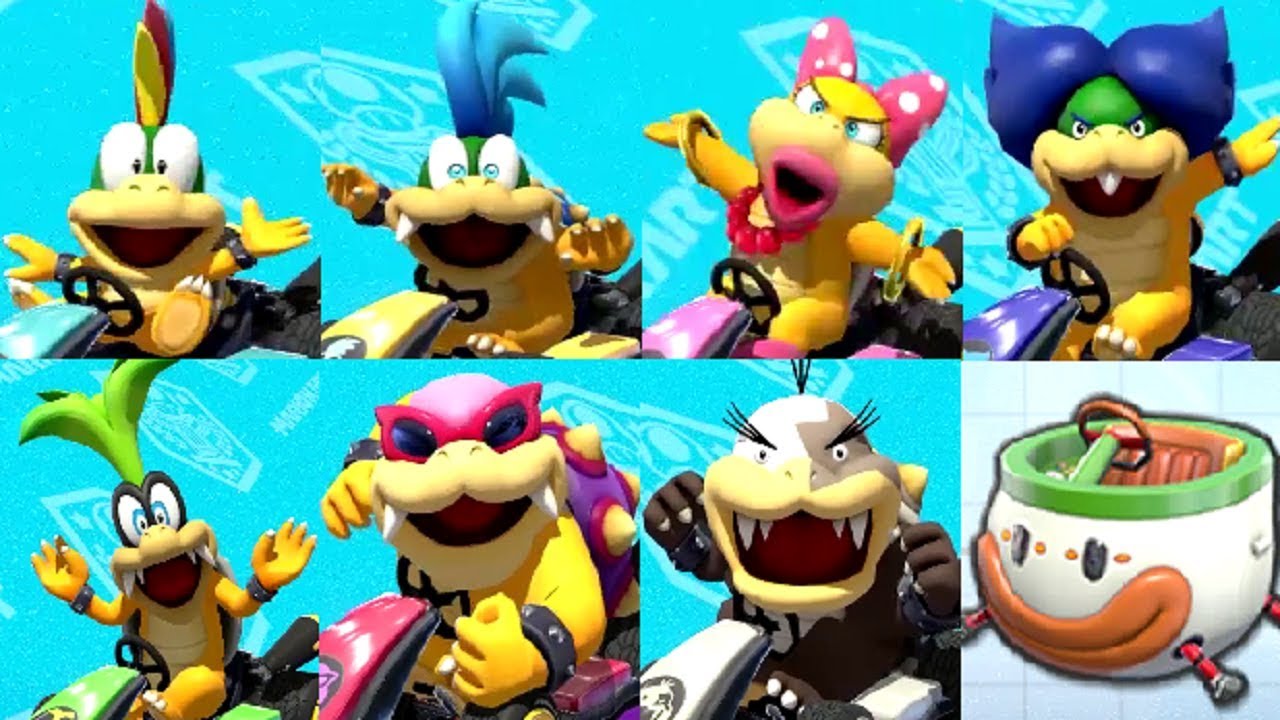 These are the koopalings, and they are Bowser’s kids. They are a major factor in games like Super Mario Bros. 3, Super Mario World, and Super Mario Bros. Wii, as they are the bosses in each castle before getting to Bowser and his big hell of a castle. There are Larry, Wendy, Lemmy, Iggy, Morton Jr, Roy, and Ludwig. Larry is the youngest; he’s the one with the blue mohawk. Wendy is obviously the girl among them. Lemmy is the one with the colorful mohawk and no teeth. 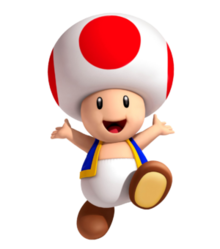 This little mushroom kid is one of many who live their life as servants for Princess Peach. To some, he is extremely fun and adorable. To others, he is that dumb little idiot who tells you that Peach isn’t there when you get to the end of a Bowser castle and then FLIPS YOU OFF. To those people who look at him this way, they wonder how he got on this list in the first place, especially more into it than Luigi! Well, let’s face it.

If Toad wasn’t there to tell you at the end of each castle that Peach isn’t there, then how are you going to find out where she went? And no, she wouldn’t automatically be there. Obviously, it would still be where she would be taken to another castle. The only difference is that you wouldn’t have known! So, how are you going to save her if you don’t even know where she is?? Now, on another note, I could say that this right here could get people a little flared:

Princess Peach is the ruler of the Mushroom Kingdom. She has been featured in every single Mario game that has been made (as far as I know). Occasionally, she gets kidnapped by an evil villain, usually Bowser, and gets saved by Mario. Of course, she is popular, but why is she so important? The answer is so simple and so obvious that even a 3-year-old would know it if they were asked this question. PEACH IS THE ONE MARIO HAS TO SAVE. In nearly all Mario games! I mean, seriously, is it really that hard to figure out? What the hell is a Mario game without a princess to save!?

Bowser, as everyone knows, is the main villain of the average Mario game. The reason to why he is so important is also as clear as the look on somebody’s face when they just got an 18% out of 100% on a kindergarten-level spelling test (where this simile came from, I have no idea). All it takes is just 4 words: He. Is. The. Villain.

Yoshi is probably one of the most popular and favorite Mario characters in existence, next to Luigi. He is also one of my personal favorites. Now, the question to ask here is how is he more important than Princess Peach AND Bowser? Well, there are 2 ways of looking at it. The first way is the way we’ve been looking at it with all of the other Mario characters on this list: by the actual games. This time, we’re going to look at it by Mario’s personal history instead of the games.

Let’s go back to when Mario was just a little bitty baby in the game Yoshi’s Island. He was being flown along with Baby Luigi in a bag by a stork to their parents’ home. But, tragically, the stork was attacked by Kamek in an attempt to kidnap the 2 baby siblings. Luigi and the stork were both kidnapped, but Mario on the other hand was missed by Kamek, and he fell all the way down to Yoshi’s Island. Now, this is where Yoshi himself comes in. When little Baby Mario fell, Yoshi broke his fall by catching him on his back. He got the feeling that the little guy got lost. So, Yoshi and his friends went on a journey to go find Luigi and the stork and get them back to their home. It is very, very important to consider this little story.

If Yoshi didn’t exist, it would be a BIG possibility that Mario would’ve never grown up to be such a hero if Yoshi hadn’t have rescued him in the first place, meaning that if these 2 ways of looking at Mario were combined, there would be NO Mario game in existence, which means it would’ve been like Mario never existed in the first place. 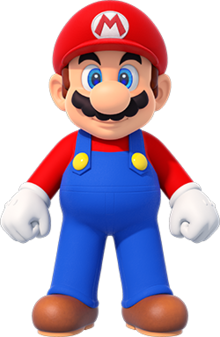 Mario. The one that this list is based off of in the first place. He has been in every game based off of him that has ever been made (like I really needed to state this fact). Now obviously, if Mario didn’t exist, then none of his games would exist either. That means none of the Mario characters would exist either. That ALSO means that the Mario characters on this list wouldn’t exist. Hell, this list or anything else concerning Mario would’ve ever exist in the first place. Let’s just put it at that. Well, I guess that ends this list of…wait…Mario is number 2? THERE’S SOMEONE MORE IMPORTANT THAN MARIO HIMSELF!?!? Hmm…well…I guess you’re gonna have to scroll down to find out who it is… 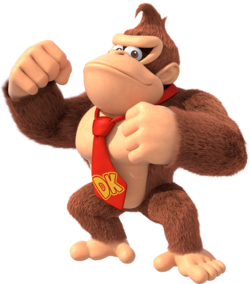 Unexpected, huh? Well, let me explain. Who was the villain in the VERY FIRST Mario game ever made before Bowser? Who was the one who had the title of that game based of his name? Who was the one who started it all? Donkey Kong. He started, not 1, but 2 different game series! He started Mario’s AND his own! But what difference does it make? Wouldn’t it be the same for Mario? He started them both too, didn’t he? How is Donkey Kong more important than Mario? Well, this very good question is answered with these 2 questions right here: Was Donkey Kong featured in any other Mario game? YES. Was Mario featured in any other Donkey Kong game? NO. With this said, Donkey Kong overpowers Mario himself in importance, even in his own game series.

Well, that pretty much covers it! This was my first top 10s list, so comment on what you think I did right and wrong and how I can improve with making more in the future. I hope you enjoyed it!