Elizabeth Taylor passed away yesterday (March 23, 2011) and Hollywood lost one of its most influential and talented stars. “Liz” was born in London, England to American parents and she took dual-nationality from both countries: a two-time Oscar winner for Best Actress, she was also a Dame of the British Empire (DBE), though her later life was known more for her social and charitable work, particularly in promoting AIDS awareness.

In keeping with her life’s major role as Hollywood screen legend, Liz had more quotes than she had husbands from her famously large number of marriages.

Here are the Top Ten quotes from Liz Taylor:

1. “Everything makes me nervous, except making films”

Film-making was something which came naturally to Liz Taylor; she was after all a child star

before she made the transition to making films for grown-ups. She signed with Universal Pictures when she was 9 years old, but only after MGM passed on a contract with her because she couldn’t sing. Taylor’s first film was, “There’s one born every minute” which was her only movie for Universal Pictures, but they weren’t that dumb at the time – as a child actress she received $100 a week (which was still a lot of money in 1941).

The one million reference was to the record she set as the highest paid actress of her day, when in 1960 she was paid $1 million to star in the blockbuster Cleopatra. She also met Richard Burton who co-starred as Mark Antony and whom she would later marry…twice.

3. “I really don’t remember much about Cleopatra. There were a lot of other things going on.” 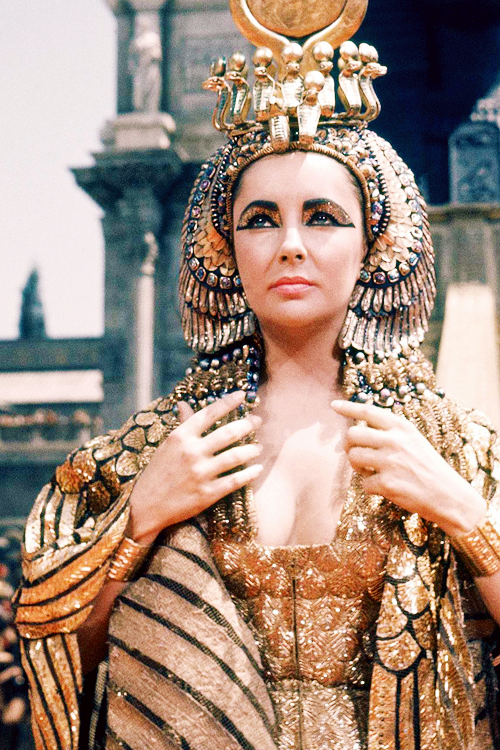 Liz didn’t just meet Richard Burton on the set of Cleopatra; they burst onto the public scene and the movie screen with a fizzling, smoldering sexual frisson. The pair were not acting; they carried a highly publicized romance while filming, however there was one tiny problem – they were both married, but not to each other.

4. “I’ve only slept with men I’ve been married to. How many women can make that claim?”

Liz was married a total of eight times to seven different men – she married Richard Burton for a second time in a mud hut in Botswana. By the time she met Burton she had already been married four times and she was no stranger to scandal. Her third husband, Michael Todd, died leaving her a widow (the only time one of her marriages did not end in divorce). She was consoled by a family friend, Eddie Fisher but the consoling went further than Fisher providing a shoulder to cry on. At the time, Fisher was married to Debbie Reynolds – perhaps the rule with Liz was if you slept with her you had to marry her, or maybe it was just that she was so captivating.

5. “I am a very committed wife. And I should be committed too – for being married so many times.” 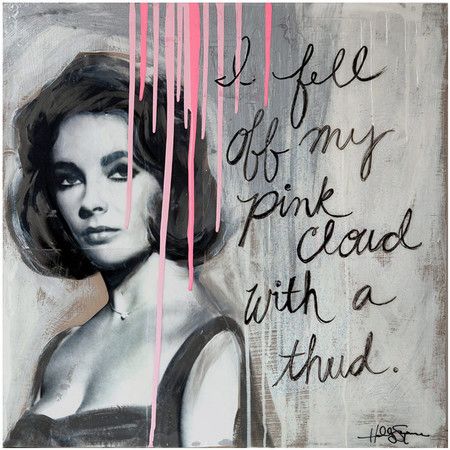 We’re not sure where this quote actually comes from, though it is from Liz. We think it refers to her habit of falling in love quickly, getting married and the ensuing reality check that almost inevitably led to the divorce courts. Pink is associated with romance, perhaps the thud is referring to the judges gavel when yet another Liz Taylor divorce was closed? 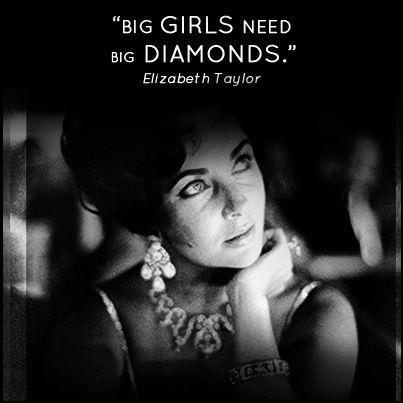 In keeping with her Hollywood icon image, Liz was known for her stunning appearance and jewelry . Taylor famously wore the Krupp diamond, a rock set in a ring she wore every day and in all of her films from when she bought it at Sotheby’s in 1969. A mere bauble, it weighs in at 33.19 carats, but that is nothing compared to the Taylor-Burton diamond which weighs 69.4 carats and was set in a pendant .

8. “I adore wearing gems, but not because they are mine. You can’t possess radiance, you can only admire it.” 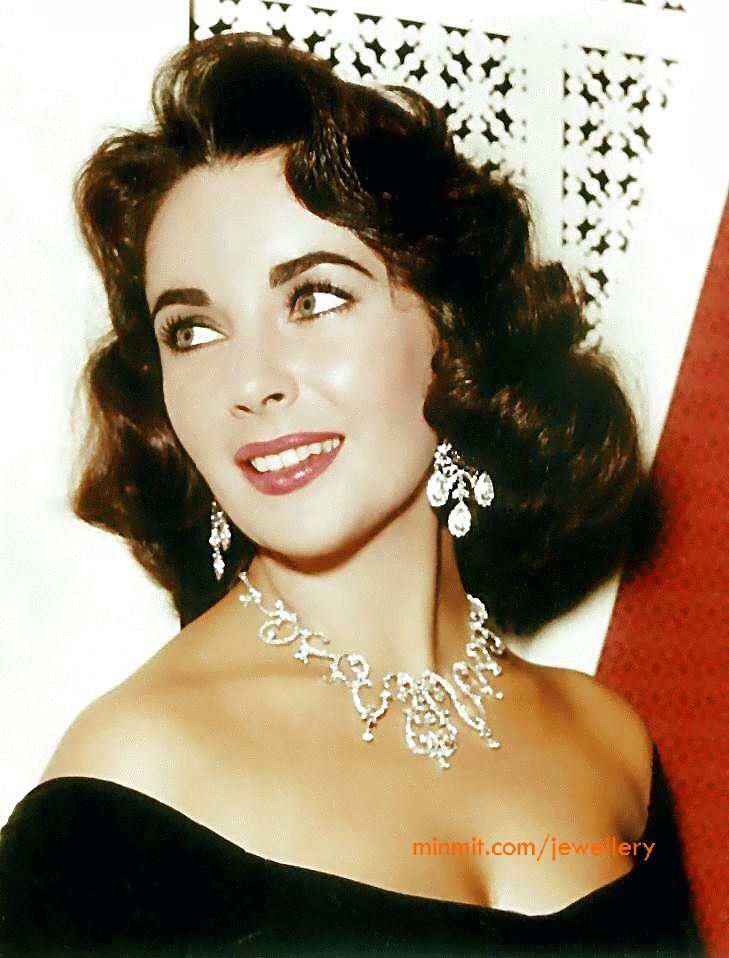 You may be forgiven for thinking that Liz was simply into material things and sparkly jewelry, but you would be mistaken to do so. Liz was never under any illusions about her image, nor about the nature of true beauty. In 1978, Liz sold the Taylor-Burton diamond for a staggering $5 million and built a hospital in Botswana.

What Burton, who had originally bought the stone as a gift, had to say about the sale is not known, but the sale occurred just after they divorced a second time – surely there must be a cheaper way to wash that man out of your hair? 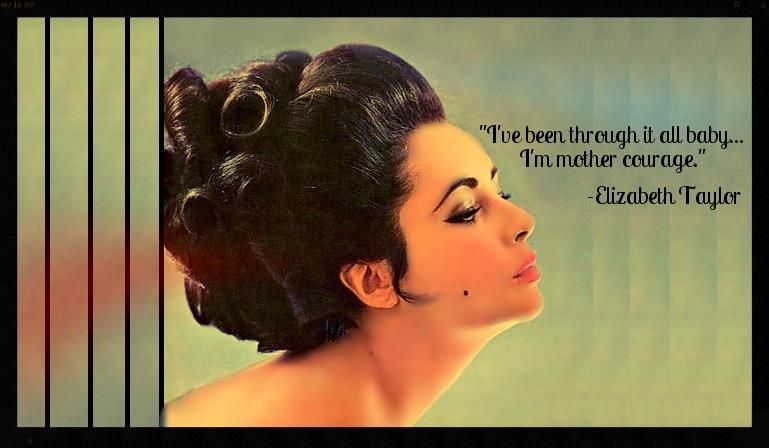 No-one can ever say Liz did not carpe diem! Aside from her ‘interesting’ private life, Liz was a true survivor in the literal meaning of the word. She was plagued with health problems throughout her life, and cheated death 5 times, including a lung-cancer scare (though the initial diagnosis proved unfounded).

10.  “When people say: she’s got everything, I’ve only one answer: I haven’t had tomorrow.” 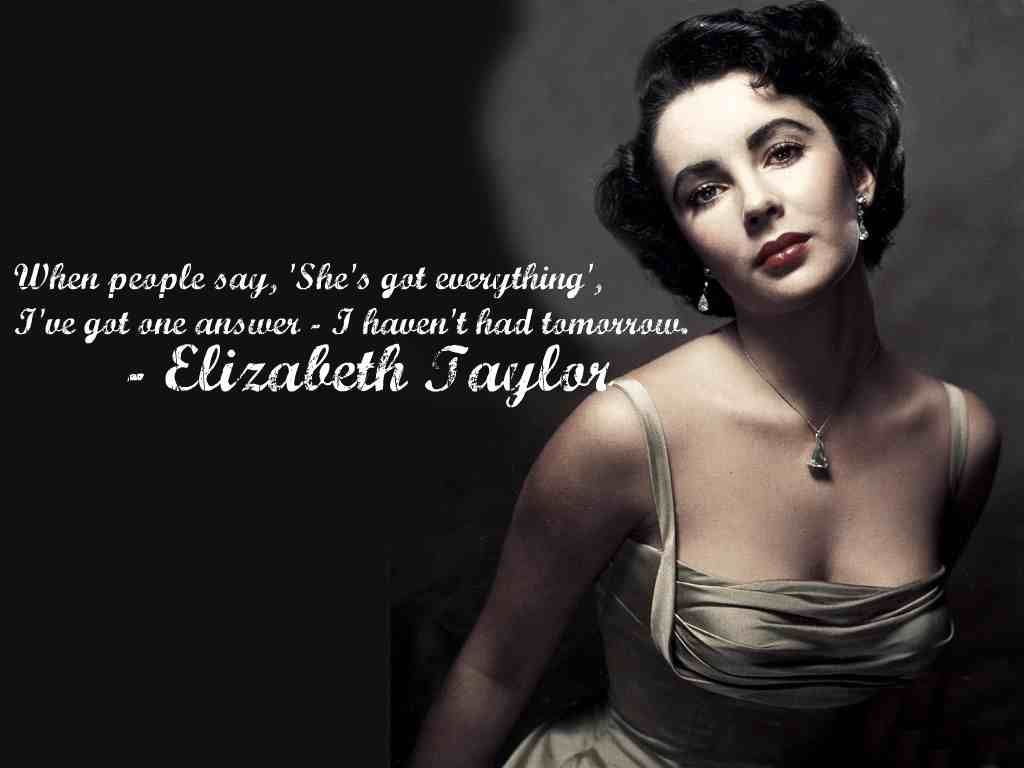 At some point, for all of us, even Hollywood stars, there will be no tomorrow.