This year’s Grammys came and went without a bang, with most of the awards going to chart-toppers, money-makers, and dust-settlers, as per usual.

Art and risk-taking is foreign to the Grammy voter.  It doesn’t help that a large percentage of the public accepts the Grammys at face value, looking at them as qualified, gavel-toting evaluators of artistic quality.  This helps to keep the big big, and the little virtually invisible.

There is no institution in music as influential as the Grammys, and therein lies inherent corruption: a monopoly is in no one’s interest but the corporation that maintains it.  So as the Grammys continue to air, the music industry as a whole will unequivocally suffer.  Here are ten reasons why the Grammys are bad for music.

10. The Powers That Be Are Too Old

There gets to be a point where someone’s age simply interferes with their line of work.  This is true of any industry prone to change; since music is constantly evolving

, that should suggest that change and adaptation is inherently necessary.  This being true, there should be a regular influx of fresh Academy members, in order to account for the constantly changing nature of the industry.  Considering the Grammys only recognize what’s been released in any given year, there should always be individuals who are experts of the era they are evaluating.  Otherwise music risks being judged according the standards of the generation that the reviewers hail from.  This might mean an otherwise-qualified song may fail to win anything because an 70-year-old voter simply found it too dang loud.

9. It’s Based Almost Entirely On Sales While the Recording Academy may deny this, the truth is that the chart-toppers only top the charts on account of record sales, and these are the artists that inevitably get nominated and win armfuls of Grammys each year. How else to explain “Call Me Maybe” even getting nominated?  Even when a winner seems to come out of left field, such as Mumford And Sons, or Arcade Fire, winning Best Album, they aren’t without commercial success and album sales that far exceed those of your average indie band.

Sales equal recognition, and recognition equals sales.  In addition, the Grammys themselves are directly tied to the sudden increase of sales for artists featured or awarded. It’s a self-perpetuating cycle of internal reward that resembles something like a a bag of cash going through a wash cycle (PROTIP: don’t ever do that.)

8. The Indies Have Traditionally Been Ignored

The fact is that most music that takes risks, breaks new grounds, and appeals to deep values, is released independently. Sadly, albums recorded in some renovated barn, or an abandoned gymnasium, tend not to have far-reaching connections, nor do they move the kinds of units that get noticed by Billboard charts or land on the laps of middle-aged album reviewers.  While independent artists are starting to become more welcome at the Grammys, certainly those in charge of nominating artists aren’t going out of their way to seek out and discover new acts, nor do they seem to operate on critical acclaim.

You don’t have to earn a Grammy to win a Grammy– which is to say, you can win the prestige without any heavy lifting. If a collaboration wins an award, all the collaborators are awarded, regardless of how much or how little each person contributed. Theoretically, if an artist wandered into a studio where other people were recording, hollered OOOH into a microphone once or twice, and that was included on a Grammy-winning song, that OOOH would entitle them to a Grammy as well. And that ain’t right.

6. So Many Artists, So Little Consideration How can you really consolidate all the music that has been released in a given year to only five or six nominees per category? That’s what the Grammys sees itself perfectly fit to do, and this year they even reduced the number of categories recognized, from 109 to 78.  Considering how many different genres, sub-genres, and hybrid-genres of music we have these days, it seems a backwards step to cater to far less than the sum offerings.

This means that the Academy doesn’t even consider certain genres (such as polka) to be valid forms of music anymore, and we can only assume it will get worse. Perhaps in 50 years time, there will only be two categories: “Best Song With One Singer,” and “Best Song With More Singers.”

5. The President of NARAS Is A Belieber 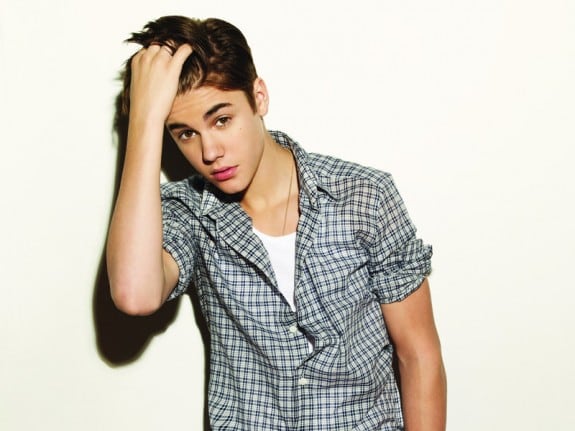 So the President of the National Academy of Recording Arts and Sciences, Neil Portnow, called Justin Bieber talented and, while he did not get nominated for any Grammys this year, he’s confident he’ll be nominated in the future. True, with multi-instrumental ability, plus a knack for at the very least writing his own lyrics, Bieber is very much a step up from the boy band glut of the late 90’s, very few of which did any of the above. At the same time, Bieber is the current symbol of cotton candy pop, and an endorsement of such undercuts the Grammys as being any kind of meaningful institution, and defeats the idea that they know anything about the true definition of music.

If Bieber ever matures as an artist, and creates his own personal Rubber Soul, then the Grammys can talk about him. Until then, its best for them and what’s left of their reputation to leave him alone.

4. Inspires The Wrong Kind Of Motivation 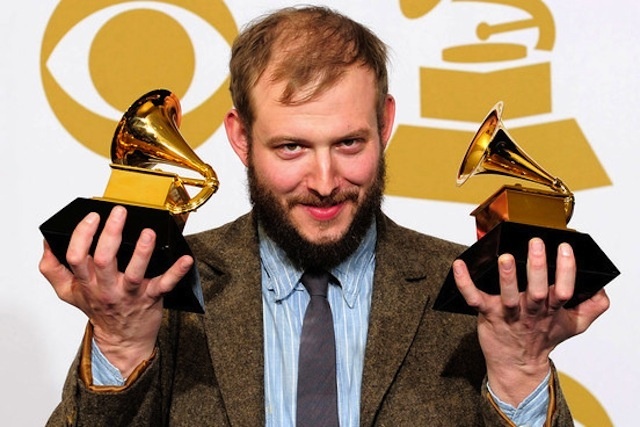 Justin Vernon, of the Grammy Award-winning band Bon Iver, is perhaps the Grammys’ most vocal critic. He denounced the Grammys before, during, and after he was “honored” by them, saying that “98 percent of the people in that room, their art is compromised by the fact that they’re thinking that, and that they’re hoping to get that award.”

When his friend Ed Droste, of the critically-acclaimed Grizzly Bear, wasn’t nominated, Vernon took to Twitter to assure him that “y’alls music is pure as f— and there is nobody making music like you and i think it’s truly unique. the grammies aren’t a measure of much that is calculable or quantifiable by our own contexts for music. why you create is most important.” Simply put, there is nothing so simultaneously significant, and insignificant, as being snubbed by the Grammys.

According to the Grammys website, only Recording Academy voting members can vote on nominees.  Who gets to be a Recording Academy voting member?  “Professionals with creative or technical credits on six commercially released tracks (or their equivalent).”  In that way, the Recording Academy is like the Electoral College, only worse. At least with the Electoral College, the electorates cast their vote for whoever won their state’s popular vote, and do so virtually every time. What the Grammys do however, is literally unpopular by design, and thus is not representative of the listening public. It is not a democracy, but rather a theatrical production of one.

2. will.i.am and Ryan Seacrest are on the Board of Directors

The Grammys claim the awards are “truly a peer honor, awarded by and to artists and technical professionals for artistic or technical achievement, not sales or chart positions.” And yet will.I.am is on the Board Of Directors, because “Imma Be” and “Boom Boom Pow” are clearly artistic achievements. And Ryan Seacrest? We’re not sure how hosting American Idol, a show responsible for cluttering the industry with more un-unique voices than a room full of Arnold Schwarzenegger impressionists, qualifies one to receive an honorary chair. He has no ostensible experience with music, other than being a generally handsome dude on a music show. A guy, by the way, whom many chose to ignore the second Simon Cowell opened his mouth and became the star of the show. Yup, you’ve definitely earned your chair.

1. Their Top Award (Album Of The Year) Is Utterly Pointless

There’s no one set of standards to go by when determining the best album of the year. There are simply too many kinds of music out there for such a catch-all award to even exist.

Boxing and MMA have different weight-classes, and the World Heavyweight Champion is just as important as the World Welterweight Champion. Both classes have their fans, who are both equally justified in preferring that particular kind of fighter. The Grammys should do the same, hyping Best Metal Album, Best Country Album, Best Pop Album, etc., as equally important, while killing off Album Of The Year completely. Otherwise, you get random goofiness that provides no clear definition for Best Album outside of “This One Just F*&#-ing Sounded Good.”

The last thirteen winners, in backwards order: Mumford and Sons, Adele, Arcade Fire, Taylor Swift, Robert Plant & Alison Krauss, Herbie Hancock, The Dixie Chicks, U2, Ray Charles, OutKast, Norah Jones, the O Brother, Where Art Thou Soundtrack, and Steely Dan. Other than utilizing all twelve notes of the musical scale, these acts have virtually nothing in common. Album Of The Year is an expendable award that symbolizes how useless the Grammys are, and one that nobody would miss if it were gone.