Nickelback is a running joke in the music industry. If you want to say something sucks, just compare it to Nickelback. For example “Dude, this TopTenz list sucks so hard it automatically made me like Nickelback on Facebook”. However, we feel that this hate is undeserved, so here are 10 reasons you should at the very least, give Nickelback a break.

10. They’re consistently on the charts.

One of the the reasons Nickelback leaves such a sour taste in people’s mouths is because they’re everywhere, all the time. But have you ever stopped to wonder why a band that everyone seems to hate is so present in the charts. Well, it’s mainly because Nickelback is one of the best selling bands of recent history, no really. The band has collectively sold in excess of 50 million records, you literally cannot keep them out of the charts. There are virtually no other bands from recent history that have the same consistency as Nickelback.

on super LSD (ask your parents if you’re too young or hipster for that reference). Of course, it’s easy to say that this success is because Nickelback is just releasing the same manufactured pop/rock songs every year. Well, here’s the thing..

9. They brought Rock and Roll into the mainstream.

How many rock bands do you know that have had a number 1 hit? The answer will invariably be, not many, rock groups just don’t release number 1 hits, unless they’re Nickelback. Which is when someone exclaims that Nickelback isn’t a rock group, well, they’re a band with guitars drums and a negative amount of auto-tune. If they’re not rock and roll, they’re as close as we’re ever going to get until we figure out how to clone the Beatles.

As billboard notes, “How You Remind Me” was the first rock track to peak at number one since that awful “Butterfly” song. Even if you dislike Nickelback, you have to admit any band that can make it into the top 10 without auto tune is at the very least proving that guitars are rad. Oh and for all you people still saying Nickelback isn’t a rock group…

8. They’re actually metal as all hell. 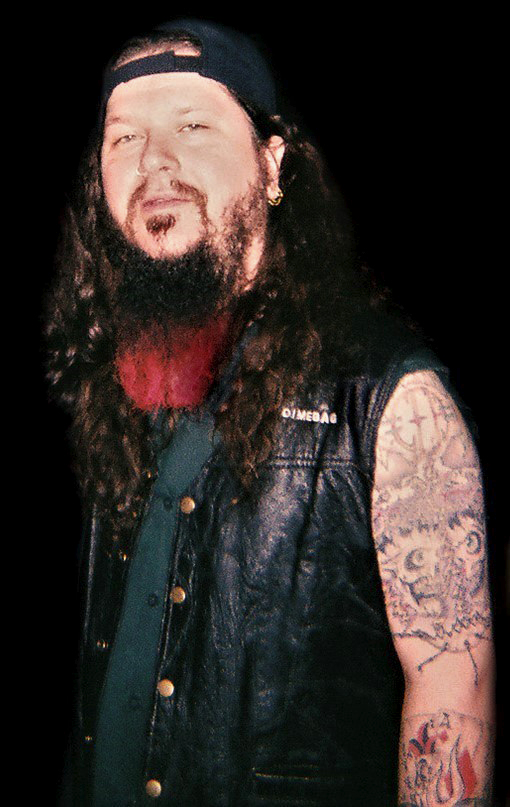 The thing is, most people will have probably heard only a few of Nickelback’s songs, and as such, judge them purely on those few songs. However, if you ever took the time to listen to Side of a Bullet, you probably noticed that it’s way heavier than any of the band’s more commercial stuff. You probably also noticed the fact that it contained a kick-ass guitar solo. Well that solo was actually ripped by guitar legend Dimebag Darrel.

If you’re wondering why they let Kroeger use the solo it’s because Dimebag Darrel was a huge fan of the band. Darrel was introduced to Kroeger by Jerry Cantrell (an ex Alice in Chains guitarist) and after a few drinks the entire group gushed to Kroeger how they were all big fans of Nickelback. That’s the guitarists of three bands heavier than a Texas schoolchild (Pantera, Damageplan and Alice in Chains) all singing their praise. If that’s still not metal enough for you, just consider that Chad Kroeger AKA the face of Nickelback also worked on an album with another legend of the neck, Carlos Santana. So before you try to say that Nickelback sucks, just realise that one of the finest and most metal guitarists to have ever live played a solo on one of their songs from beyond the grave. How metal is that?

7. They’ve openly allowed people to challenge and beat them.

It’s a oft repeated joke that in the early days of Rock Band, they called it Rock Band Nickelback to ensure journalists never bothered to look into the game. Then again, how many of you reading this think you could play better than Nickelback? Well, Nickelback as an entity decided to give fans and non-fans a chance to prove this when they released the game Nickelback Revenge for the iPhone.

The game featured a mode in which you could challenge the band members’ own high scores. thus allowing every person out there who disliked the band to have the ability to say, I’m better than Nickelback, if they so wanted. Truly a gift to cherish because when it comes down to it…

6. They really don’t care if you hate them.

Nickelback is well aware of the fact they’re unpopular with some people, which is why the band took to Twitter to answer virtually every negative tweet that came their way as sarcastically as possible. Why? Because Nickelback gave so few damns they’re considered a mortal enemy of the beaver.

If you don’t like Nickelback for their music, you have to at least respect their ability to take criticism right on the chin. Like they did with…

When Nickelback were set to play the half-time show of the Detroit Lions Thanksgiving football match, fans lost their mind. An online petition was set up to ban the band from playing which quickly gathered over 50 thousand signatures. So how did Nickelback respond; did they throw a hissy fit? Did they tell the fans to do one? Did they give people the middle finger from a giant pile of money? No, they released a tongue in cheek video in which they sat down and tried to figure out why people hate them so much then played the show anyway.

In a time where Justin Bieber will threaten to boycott an entire country because they were mean to him, you have to admit that it’s refreshing to see a band that will openly accept criticism and address concerns people have rather than flailing their arms around and crying about how hard their life is from their huge mansions. Nickelback is a band that knows people don’t like them, but keeps playing anyway because they don’t want to disappoint their fans and boy do they have some big name fans.

4. Other musicians love them.

As mentioned in this piece, hating Nickelback is perfectly okay, hell, even Nickelback themselves won’t begrudge you that. But as the previous example notes, Nickelback has some pretty metal fans. But here’s the thing, they have fans from loads of other genres too. Hell just check out the video to Rockstar if you don’t believe us.

Along with everyone in that video, half of Pantera, and Carlos Santana, the band can also claim the face of freaking Coldplay, Chris Martin, as a fan. Man, it’s no wonder they don’t care that people hate them, both Coldplay and Dimebag Darrel said they rock. But if all that means nothing to you just remember that…

If you still dislike Nickelback after all that, that’s cool, but just remember one thing: they’ve probably given more money to charity than everyone you’re going to pass on the street today has in a year. They’ve performed for events supporting the troops and given away 100% of the money made from sales of their song “If Everyone Cared” to Amnesty International.

They also support numerous education and anti-bullying charities. Then again, they could probably end bullying overnight if every bully was given an iPod loaded with nothing but Nickelback songs. But hey, charity isn’t everything. We’ll be honest, if you want a reason to think Nickelback is awesome, I only need to say two words: Chad Kroeger.

2. Chad Kroeger is a genius.

Chad Kroeger is the frontman for Nickelback and is credited with writing a good number of their songs and boy, does he know how to write songs. For example the band’s first hit, “How You Remind Me ,” which was played on every radio station on repeat for about 3 months straight was the result of Kroeger’s sitting down to write a hit.

Kroeger analysed the hell out of every song he heard on the radio for weeks, he noted their lyrics, their hooks and melodies. After a while he penned “How You Remind Me,” which went onto become one of the biggest rock songs of recent history. Just take that in. Chad Kroeger sat down with the intention of writing a number 1 hit single and wrote a freaking number 1 hit single and he’s been doing it ever since with every album Nickelback has ever made. How many other bands do you know of that intentionally set out to write a number one hit and pulled it off? But if we’re honest, this entire article was just fodder for this next example. You should respect Nickelback for no other reason than …

Fun fact, Chad Kroeger is dating and engaged to Avril Lavigne, yes, that Avril Lavigne. Now Avril used to be an item with the front man of Sum 41, Deryck Whibley. Now Deryck decided to go to a Halloween party with his new girlfriend dressed as Chad and Avril and posted it online, an obvious attempt to rile up Kroeger.

So how did Kroeger react to this slant at him and his girlfriend? Well, he responded with the single most beautiful sentence ever written on Twitter since Chris Brown told people he was leaving the site. Chad responded with “Hey Deryck loved the costumes! we were going to dress up as you guys this year but all the parties had celebrity themes haha! -CK”. Rumour has it that Deryck is still in the burn ward right now.

Like we’ve said many times in this article, you don’t have to like Nickelback, but come on, someone who can sling burn that perfect at least deserves an internet high five.

Previous ArticleTop 10 Biggest Meteor Strikes In History
Next Article Chesty Puller: More Medals That You Could Shake a Stick at