We humans have made genitals such a convoluted and taboo topic, that even a mention of them will evoke at least one red face in every crowd. But animals have taken them in a different direction — some way farther than others. While size may not matter to them, barbs, explosions, and hypodermic needles just might.

The brightly colored sea slug Siphopteron quadrispinosum carries a penis that functions roughly in the same manner as a hypodermic needle. The appendage, outfitted with several large hooks at its base and spines on the tip, is designed to attach firmly to the female (more or less, anyways; sea slugs are hermaphroditic) and stab her, injecting her with prostate fluids. With such a viciously adorned penis, sea slugs can inflict quite a bit of damage on their partners, but researchers think that the benefits of such aggressive mating practices actually increase fertility and the chance to reproduce. Apparently one penis isn’t enough for sharks. Nope, they need two of them. Each organ, or “clasper”, is actually a tight roll of cartilage that stiffens during arousal. So it’s a functioning penis, but with a bit of a twist. Once it’s inserted into a partner, it expands greatly, much like an umbrella, in order to anchor the sharks together. Oh, and did we mention it also has “spurs?” Clearly, sharks like it rough.

Despite the fact that it’s got two, sharks only seem to use one penis at a time, leaving scientists to think that maybe the other one simply serves as an extra, in case of malfunction, perhaps. Most of the guys out there have had at least one drunken night where a backup weenie would’ve come in handy, so why is that gift wasted on a damn shark?

Turtles and tortoises are unnervingly large where it counts. When aroused, a turtle’s penis can increase by 50% in length, 75% in girth and 10% in depth. In most turtles, the fully engorged organ reaches well up to, or even past, half their total body length. So when you’re dealing with, say, the 8-foot-long Leatherback sea turtle, we’re dealing with a penis that’s up to six feet long. It’s thought that turtles might wield such a mighty sword as a defense and intimidation mechanism, as well as a sexual tool. In that case, it worked; we’re scared to death of the very idea. 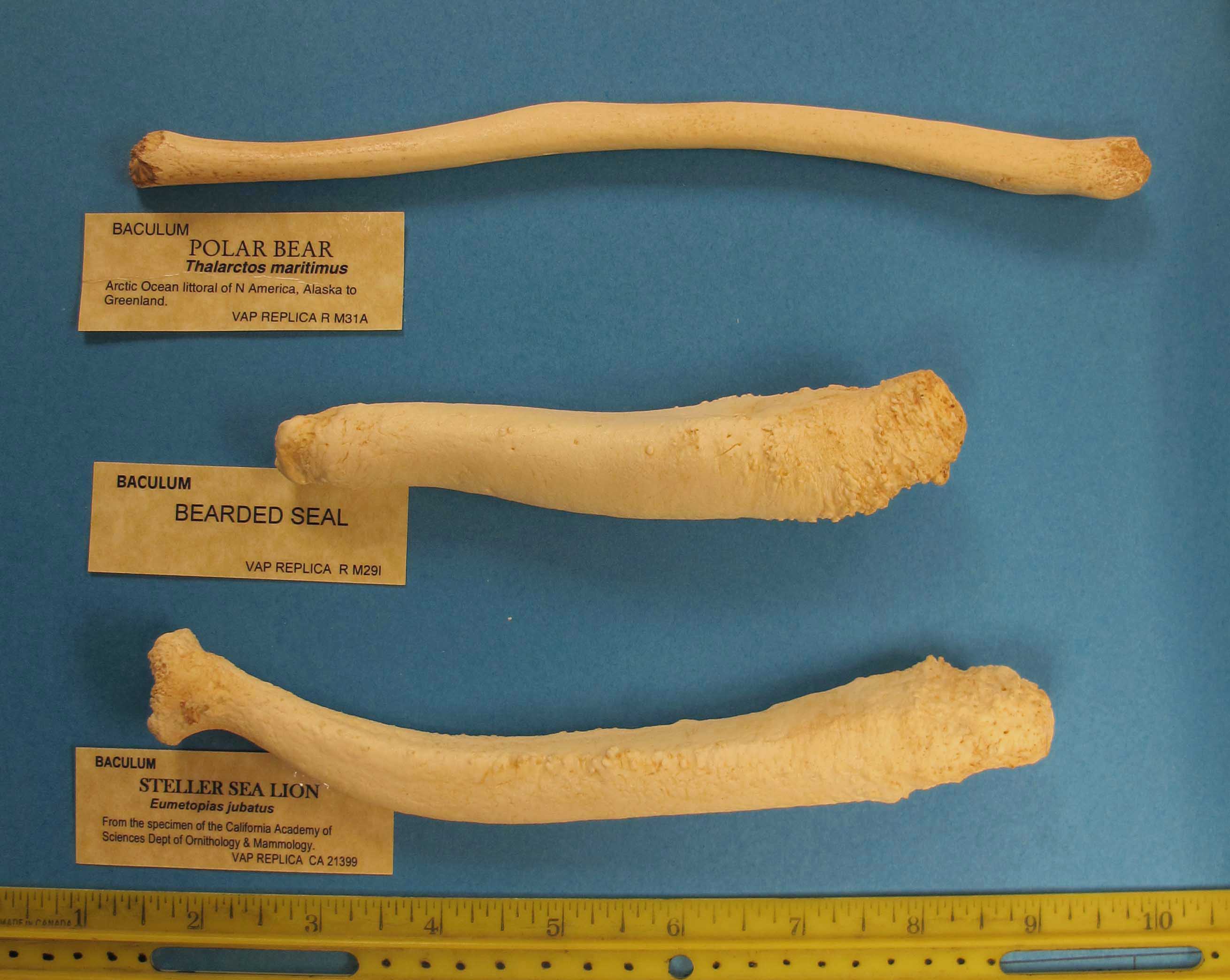 The increasing amount of pollution in the Arctic doesn’t bode well for polar bears, who are feeling it where it really hurts. Polar bears are already very slow to reproduce, with a minuscule sex drive, and several years needed in order to reach sexual maturity. The problem of the mysterious shrinking genitals is probably only going to make matters worse, and scientists fear that polar bears may be in actual danger of losing the will to reproduce entirely.

Echidnae, like the platypus, are monotremes, meaning that they’re egg-laying mammals. As if that wasn’t weird enough, they’ve also got a penis with four distinct heads. This is very confusing to biologists because the female echidna only has two vaginal openings (yeah sure, “only”,) but some have arrived at the conclusion that the echidna’s extraordinary organ is “a double double-barrel shotgun“, designed to increase the chances of successful fertilization by means of sheer volume.

The water boatman, a tiny two-millimeter water-dwelling beetle, can sing with their penis. How? Well, they utilize a process called “stridulation,” which involves rubbing two ridged surfaces together to make noise. Crickets famously do it with with their legs, but water boatmen prefer to use their naughty parts.

Their penile tones, by the way, can create a sound wave of nearly 100 decibels. That’s the equivalent of sitting in the front row of a large orchestra concert, and they do it with their penis. Their songs can be heard by passersby above the water, and the sound of the calls underwater is as loud as a passing freight train.

4. Harvest Mice Have Penises Half The Length Of Their Body

The humble harvest mouse is not generally regarded as a terribly well-endowed animal, which is unfortunate, because they have the largest proportional penis length of any rodent. A harvest mouse that grows to be 15 mm long may have an 8 mm penis, more than half its body length. Pretty impressive for a mouse so, if somebody tries to rib you by saying you’re hung like one, remember to thank them for the incredible compliment.

They didn’t evolve this way just to look like mouse studs, by the way; in rodent communities, where animal promiscuity is commonplace, average penis length skyrockets to account for the competition. Drunken broskis at a bar do this too, right before the cops come to take them away. Luckily for the harvest mouse, it’s more acceptable when they do it.

3. Fruit Flies Have Sperm 20 Times Longer Than Their Bodies

The fruit fly is one of the smallest, simplest, and most annoying creatures on Earth, frequently seen both as a household nuisance and a high school biology subject. But these macroscopic invertebrates are hiding a secret, and it’s huge — “20 times the length of its body” huge.

Drosophila bifurca is a species of fruit fly that produces sperm over 2 inches long. Considering the fly itself is only about a tenth of an inch long, this is significant, to say the least. Researchers think the sperm evolved to such a bizarre length to maneuver the female’s complex reproductive system, which may even secrete chemicals to kill the sperm. Proportionally, a 6-foot tall man would have sperm nearly 120 feet long to impress that cute fruit fly lady in the corner.

Llanos mosquitofish live in Mexico, with males typically only reaching about 1.5 inches in length, and females topping out around 2 inches. Females have evolved a sort of door-latch mechanism over their genital pore, that allows them to block the entrance to undesirable suitors. To combat this defense, males have evolved a fearsome penis with 4 barbs on it, thought to force its way into the female in order to successfully deposit sperm. Never mind what we said about the sharks earlier; the mosquitofish truly likes it rough.

Male wasp spiders don’t technically have penises. Instead, they use silk to form a ball of sperm, which they insert into the female using their pedipalps (the small arms located on a spider’s mouthparts.) Since spiders only get one chance to mate with a female, they’ve evolved a strange process in order to ensure their genes reach the egg first: they break off their modified genitals inside the female to impede any other partners. Afterwards, the female tends to eat the male, meaning Hall and Oates were singing about the wrong species all along.

Once these genitals are inside the female, by the way, it becomes extra difficult for any additional males to come along and sweep her off her many, many feet. Scientists have observed that subsequent mating attempts by other males (the spider version of sloppy seconds, basically) lasted less than half as long, and were largely unsuccessful. At least they won’t get eaten. Unless she’s still hungry, that is.