In the art world, everyday graffiti is somewhere between “everyday annoyance” and “those damn hoodlums!” After all, there are better ways you can use to voice your opinion like a protest. Even occupying something is better than the random neon scribbles that riddle every inner city wall. But sometimes, an artist comes along who proves that with proper creativity, vandalism can transcend the figurative piece of turd it is. Here are 10 amazing pieces of street art from around the world. 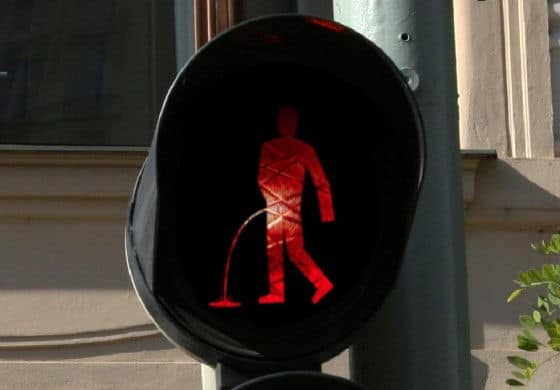 Artist, Roman Tyc, went around the streets of Prague changing the figures on the crosswalk to some, cooler versions. The police didn’t take too kindly to the artist, and he was arrested

for 30 days for not paying his vandalism fine. 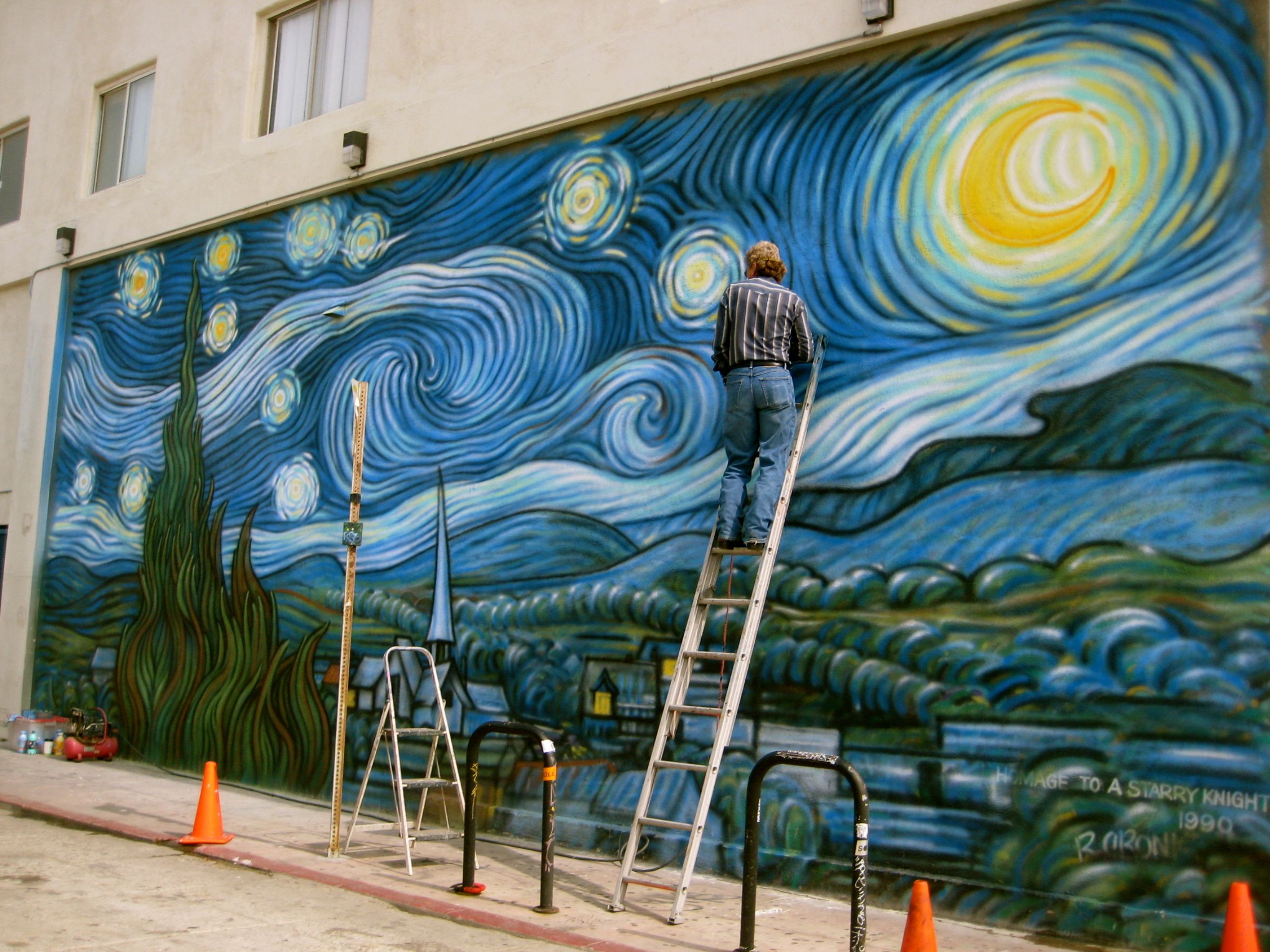 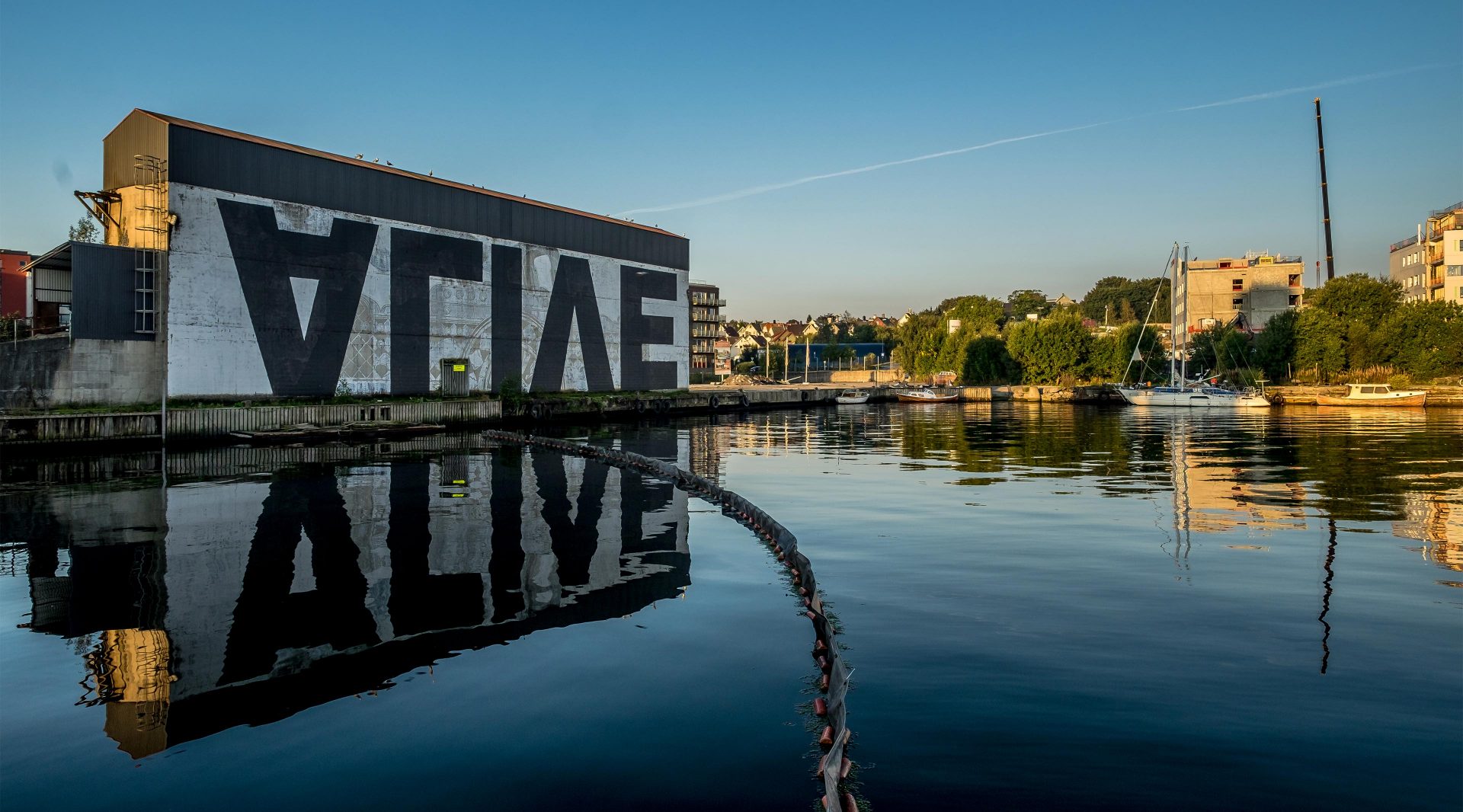 Spain has a yearly Urban Art Festival that basically encourages street artists to do their best. As a result there are a number of really cool things that come about. One of these artists is SpY. 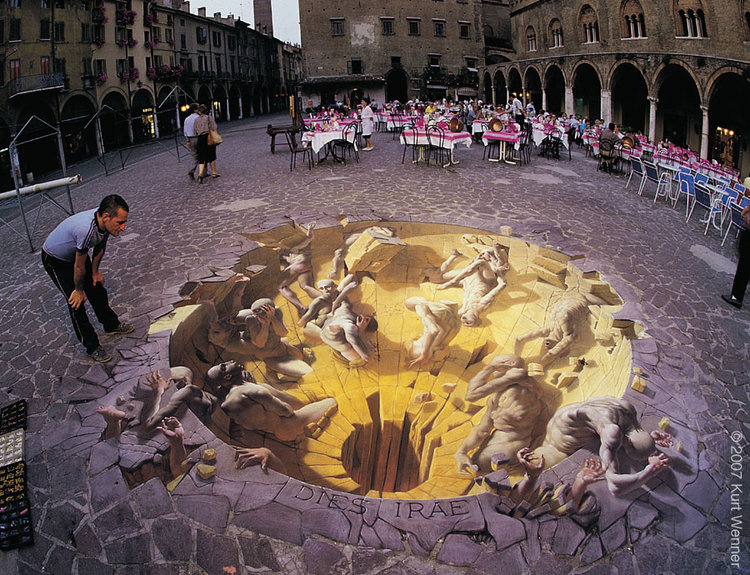 In the world of today, everything has to be 3D. Even random chalk drawings. Artists like Kurt Wenner continuosly MC Echer everyone with their drawings. 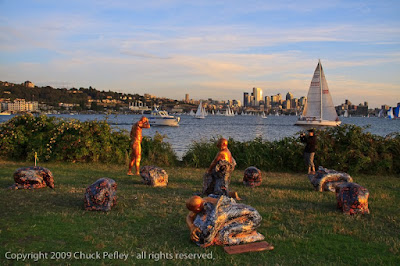 In Gas Park, Seattle one night a bunch of paper mache statues appeared. No one knew where they came from and the Parks and Rec department promised to take them down. After the public persisting, they decided they’d leave it up until the rain got it, which being Seattle, meant “any day now…”

The German art group Mutoid Waste Company back in the early 90’s took a bunch of German tanks, painted them, and then stacked them to look like Stonehenge.

Graffiti has sprung up all over Libya, Egypt, Syria, and Tunisia since they started rebelling. Some are very impressive to the point of amazing. Basically, the Egyptian Military started blocking of streets to kill protests. One graffiti artist decided to use this to their advantage.

Mark Jenkins is a DC based street artist who makes sculptures using clear duct tape. He started by accident when he began making small balls of tape in grade school. His work has been exhibited in museums all over the world. 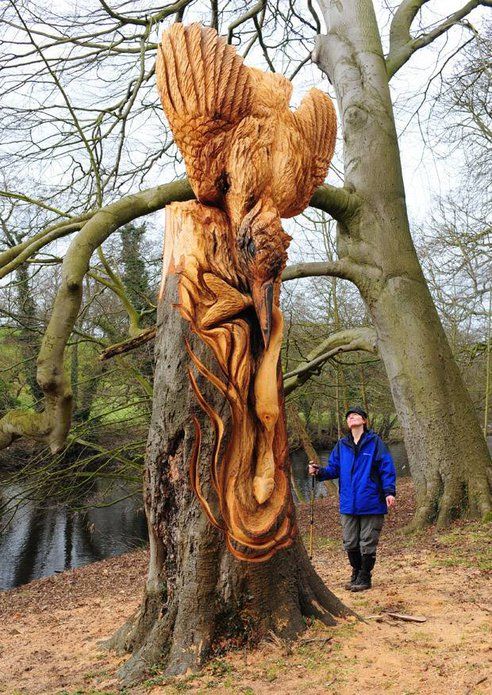 Don’t you just hate it when you’re on a hike and you come across an ancient tree with “HP & GW” carved into it? Well, one guy in Yorkshire, United Kingdom decided to take that all one step further. After all, some trees just look so plain… plain.

For a while, town officials were scouring the town looking for the artist. No one reported seeing the man show up or leave or even work at all. The local civic society put out notices urging the guy to come forward so they could thank him. Locals began referring to him as the new Banksy. Then out of the blue, chainsaw master Tommy Craggs revealed himself to the public and took credit for the work. The owner of the forest promptly hired him to keep doing it. Also if you’re one of those tree hugger types, Craggs doesn’t deface living trees. Rather, he only works on those that have already fallen.

If you want one of your boring trees transformed into a carving of the Batman or your face, Craggs can be hired right here! He also does chainsaw demonstrations which sound exactly as badass as it sounds. Academy Award nominated street artist, Banksy, decided to base his next performance at Qalqaliya in the West Bank. There’s a huge wall there that separates Israel and Palestine, and he wanted ask why it was there.

But that’s just one example; Banksy is like the epitome of Badass Artist. Check out these wonders that have popped up around the world in the middle of the night in what is called “vigilante art”. By the way, his work has been collected by celebrities and rich people and sells for millions of dollars.

He has multiple warrants out for his arrest and even a Task Force in England formed to take him down. He’s literally like a Graffiti Batman, no one knows who he is. He has been decried by the police in cities from Detroit to LA. His works are taken down frequently. I would really like to appeal him.

Previous ArticleBlack swallower, or Chiasmodon niger Stomach
Next Article Top 10 Challenging Puzzles That Can Win You Big Money If You Solve Them