When most people hear the term “Hip-Hop,” they think of the musical form that, within the last twenty years or so, has slowly risen to dominate pop music. Go back any further than that, and this form was still being called “rap music” and had censors and parental groups in a serious tizzy.

While “Hip-hop” has come to refer strictly to the music in the minds of most people today, rap is actually the music of the culture of Hip-hop, which has also given birth to new forms of dance (breakdancing) and art (graffiti). The culture has a fascinating history, and here are ten things you may not have known about it.

10. It Existed Long Before Rap Music, Or Even Rapping

Hip-hop culture has always had strong roots in music, but elements of the culture predate its musical ties. For that matter, its association with music likely began in the late ‘60s, with Black Spades street gang members blaring music from their “ghetto blaster” radios; many influential figures in hip-hop (notably pioneering DJ Afrika Bambaataa) started out in street gangs. A general truce that was called between Bronx gangs in late 1971 paved the way for a less destructive, more cooperative atmosphere among Bronx youths, typified by the house and block parties (thrown by the first hip-hop DJs) that began to pop up in the neighborhood shortly thereafter.

Oddly, the first known practitioner of a traditional hip-hop art form was a short Greek man named Demetrius. As a teen, he started writing his nickname and street number everywhere he went — and since he was a foot messenger, he went a lot of places. The ubiquity of his “tag” made him a folk hero of sorts; the New York Times ran a piece on him in the summer of 1971 and, to this day, TAKI 183 is known the world over as the father of modern graffiti art, the oldest of hip-hop’s four elements. He still won’t give you his last name, though.

boy named Clive Campbell, in the rec room of his apartment building at 1520 Sedgwick in the Bronx. The tall, muscular guy nicknamed “Hercules” (or “Kool Herc”) was the first to experiment with isolating drum breaks from popular records of the day, by switching back and forth between two turntables to repeat the same musical phrase. Dancers would always wait for “the breaks” to showcase their best moves, so Herc figured that extending them indefinitely was a pretty good way to keep people dancing. Incidentally, Herc was also the first to refer to these dancers as “break boys” (or “b-boys”) and the style of dance they developed came to be known as “break dancing.”

Herc threw a “back to school jam,” to raise money for school clothes, on August 11, 1973. This party is widely acknowledged as the first time that all elements associated with rap music were brought together — Herc rocked the breaks for his “b-boys” all night, while his friend Coke La Rock acted as MC, exhorting the crowd to dance over a microphone. While rap didn’t even exist yet, this was its humble beginning – a 16-year-old’s back-to-school party. 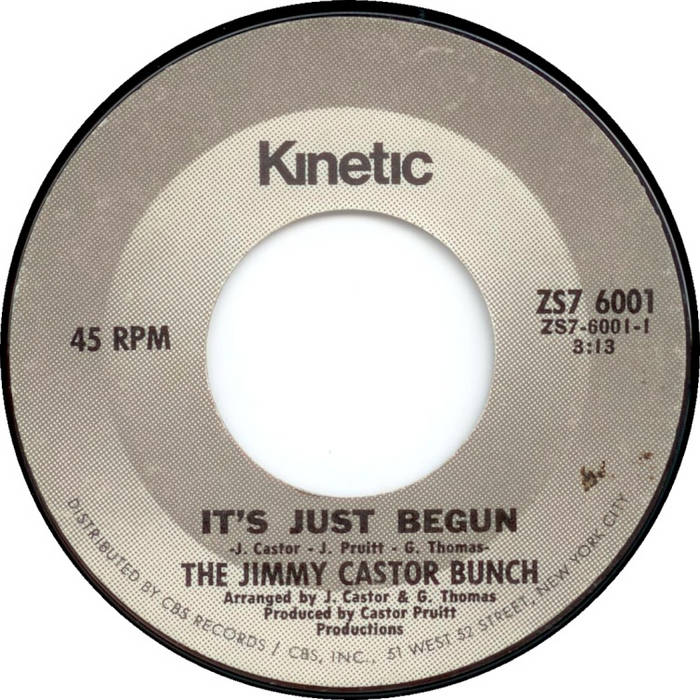 Today, Kool Herc is recognized as the “Godfather Of Rap,” and his eclectic musical tastes largely determined the direction of the new genre. While the “breaks” he employed were always heavy on drums and bass, there were absolutely no criteria as to where those breaks came from other than “it has to sound good.” The breaks that established rap’s sonic template came from practically every genre in existence: funk, rock, disco, and even early electronica like Kraftwerk.

Of course, many of these recordings were sampled extensively throughout rap’s “golden age” (roughly 1986 to 1993.) As a result, a handful of obscure songs from Herc’s record bin have become a deeply ingrained part of popular music. Take a listen to “It’s Just Begun” by the Jimmy Castor Bunch; “Apache” by the Incredible Bongo Band; or “Take Me To The Mardi Gras” by Bob James, and try not to get dizzy as your brain attempts to process the dozens of times it’s heard these songs sampled.

7. The Word “Hip-Hop” Has A Definitive Origin Some of the elements of hip-hop we’re familiar with – rapping, DJ’ing, break dancing – were being called by these names long before anyone outside of New York City knew what they were. But throughout much of its formative years, the culture itself pretty much had no name. When it got one, it was in a manner typical of the culture — by a young MC making fun of one of his friends.

Keith “Cowboy” Wiggins was one of the very first MC’s, and a member of seminal group Grandmaster Flash and the Furious Five. “Hip/hop” was a simple scat phrase he began chanting one day while mimicking the cadence of marching soldiers, mocking a friend who had just joined the Army. For some reason, the phrase worked its way into his stage performance and, during the Furious Five’s early appearances with disco bands, they were at times derisively referred to as “hip-hoppers.” Afrika Bambaataa has said that DJ Lovebug Starski was the first to use the term to describe the culture as a whole, with the words first appearing in print in a 1981 Village Voice piece about Bambaataa.

Wiggins unfortunately passed away in 1989, but the phrase he accidentally invented while being a smartass to his Army-bound buddy will live on forever.

Joseph Saddler, the pioneering DJ known as Grandmaster Flash, didn’t just help invent the form – he literally invented the piece of hardware that made the modern DJ mixer a reality. This was the cross fader – the switch that toggles between the two turntables. 100% of today’s DJ mixers have one, allowing the DJ to monitor the record that isn’t currently playing in his headphones. Flash was an electronics student, and was pretty easily able to adapt a simple on/off switch to suit his purposes.

Another of his contributions is a little less intuitive – he wrote the first rap. Early MC’s simply called out names of people in the crowd, and said simple rhymes to egg on the dancers. Flash was getting bored with that, so he wrote down a rhyme for one of his MC’s to say: “You dip, dive and socialize, try to make you realize, we’re qualified to rectify, the burning desire to boogie.” None of his MCs wanted to do it, so Flash got on the mic and did it himself. Grand Wizard Theodore, a protégé of Flash (and inventor of the record scratch) has told this story in print, confirming that a DJ kind of invented rapping. Speaking of which …

5. DJs Used To Be The Stars, Not Rappers (And Dancers Were Secondary)

The aforementioned Herc, Flash, and their DJ contemporaries were the early stars of hip-hop, before MCs even began to rap, or do anything more than praise the DJ and keep the crowd dancing. The MC didn’t move towards center stage until the late ‘70s, when crews like Flash’s Furious Five MCs and Theodore’s Fantastic Fivebegan putting together elaborate rhyming routines. Solo MCs like Kurtis Blow and Busy Bee also started to find some success around this time, with outsized showmanship and hook-laden lyrics, because nobody ever accused rappers of being low-key and humble.

For that matter, throughout the early to mid-70’s, the secondary attraction at hip-hop events were the b-boys. Many b-boy crews (notably the Rock Steady Crew) dominated New York dance floors with their acrobatic, quickly evolving style of dance, providing increasingly-crazy visual accompaniment to the DJ’s sounds. The release of the first rap records in 1979 would thrust the one-tertiary MC permanently into the spotlight, and you may sense another segue coming…

4. “Rapper’s Delight” Was Not The First Rap Recording 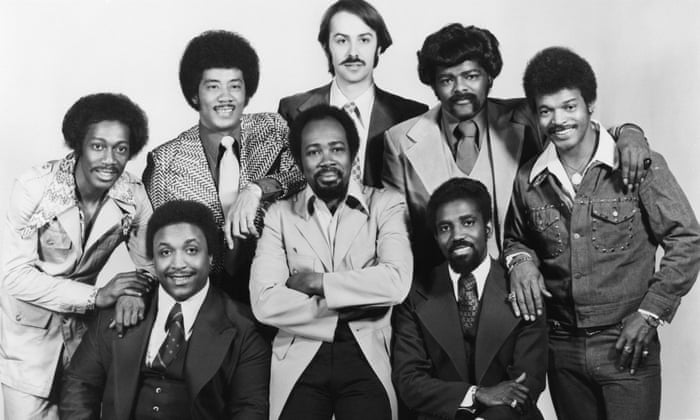 While “Rapper’s Delight” by the Sugarhill Gang is undoubtedly pioneering, and a rap classic, it’s not actually the first rap record, despite popular belief. That distinction belongs to “King Tim III,” by funk group The Fatback Band, featuring an MC by the name of Tim Washington. The record only beat Sugarhill’s to store shelves by a month or so, but was nowhere near as successful as the three guys from Jersey whom nobody had ever heard of. 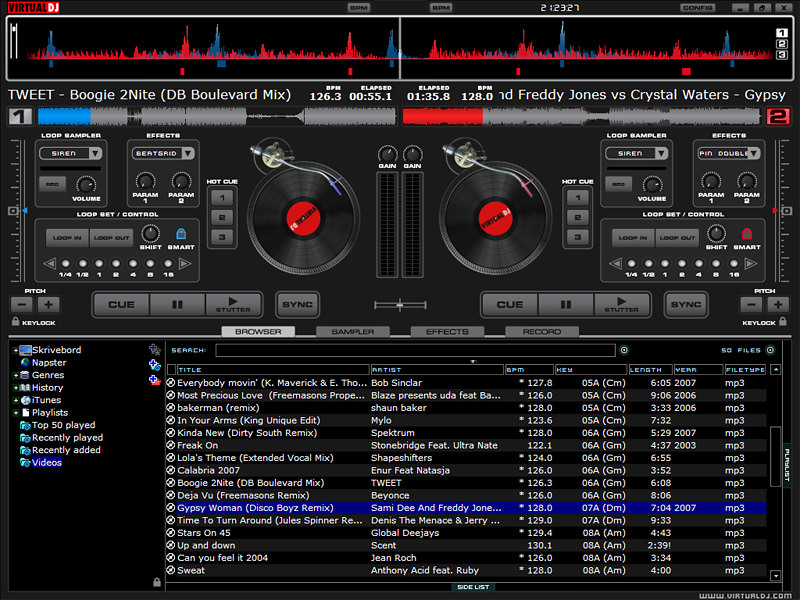 Before samplers were affordable – or even existed – the first rap label, Sugarhill, employed a crack house band to faithfully recreate the popular break beats that the MCs wanted to use on their records. The trio consisted of bassist Doug Wimbish (who would go on to join Living Colour), guitarist Skip McDonald, and legendary drummer Keith LeBlanc, and they masterfully interpolated the breaks into a great many of rap’s earliest recordings.

And they were only the most acknowledged – studio musicians in general played an essential part in early rap recordings. Samplers wouldn’t even come into play until the early 80’s, when Kurtis Blow – the first rapper to sign to a major label – took advantage of Mercury’s deep pockets to employ the technology.

2. The First Hit Single To Feature Rap Was By A Rock Band

These early recordings were huge regional hits, and some made cameo appearances on various Billboard charts. None of them, however made any serious dents in the pop charts until 1986, with Run-DMC’s team-up with Aerosmith on “Walk This Way.”

Elements of rap music did make some cameo appearances on the pop chart prior to that, however – notably with “Rapture,” a January 1981 single by New York rock band Blondie. The song concludes with a rambling, extended and somewhat, well, unsteady rap by lead singer Deborah Harry that name checks Grandmaster Flash and Fab Five Freddy, leader of a local graffiti crew (and future host of Yo! MTV Raps.) Despite Harry’s awkward flow, and nonsensical rhymes about the man from Mars eating cars (and other things that rhyme with -ars), the song hit #1 on the Billboard Hot 100, and is considered the first rap song to do so.

Interestingly, British punk band The Clash had a #34 U.K. hit in 1981 with “The Magnificent Seven,” a song that was heavily inspired by the burgeoning New York scene and similarly featured extremely clunky rapping by lead singer Joe Strummer. While the song did not chart in the U.S., it did predate the Blondie track by about six months.

1. The New York Blackout Of 1977 Catalyzed The Entire Scene

The New York City Blackout of 1977 – almost 24 hours of no power, throughout all five boroughs – could not have happened at a worse time. The economy was crap, the Son of Sam was on the loose, and the city was in the grip of a brutal heat wave. As a result, widespread unrest broke out almost immediately – looting, arson, assaults, you name it. Over 1600 stores were looted, and entire city blocks burned down. You’d be hard-pressed to find anything good in this situation, unless you were an aspiring DJ who needed stuff.

DJ Disco Wiz, a contemporary of Grandmaster Caz, has said that, before the blackout, there were perhaps five bonafide DJs in New York; after the blackout, every block had one. Hundreds of poor kids suddenly access to free, high-end stereo equipment that they would otherwise have never been able to afford. The growth of hip-hop became exponential after 1977, and the Blackout is almost certainly the reason why.

This is certainly not to suggest that there’s ever an excuse for such behavior — looting is stupid, illegal, and usually does not result in a worldwide expansion of your culture — but the fact remains: if not for the Blackout, and the looting that followed, hip-hop may very well have never expanded beyond New York.