The universe is indeed a curious place. Even stranger are the processes and phenomena that occur in the universe, some are without explanation, some are quite dangerous, and some are just really cool.

It is truly amazing what goes on in our body. Think about it. You are nothing more than a random assortment of tiny molecules called atoms that individually have no life themselves. Then the atoms somehow find a way to make up cells, which in turn drive the processes that allow you to live the way you do. There is a plethora of these cells doing the same jobs over and over again at speeds we wouldn’t even dream possible for seemingly no reason whatsoever. Why do they do this and what made them do this? These questions stem off from the general philosophical questions that have been bothering us since the beginning of time: “Why are we here? How are we here? And who or what did this?” 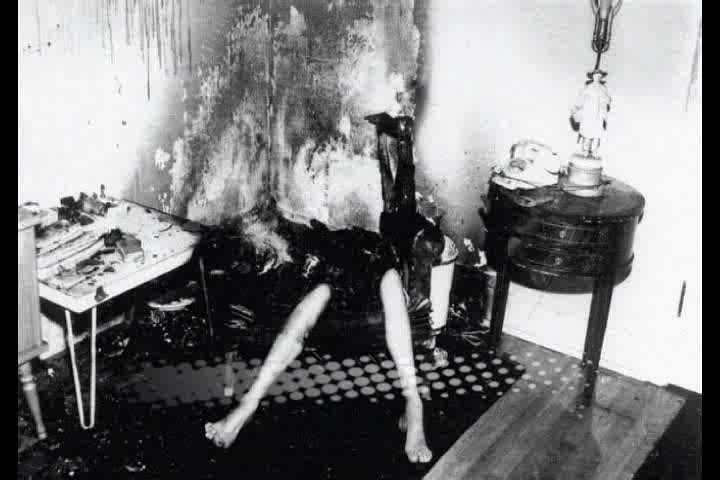 Spontaneous human combustion is probably the most controversial natural phenomenon. Spontaneous combustion has been known to occur in other animals and such incidents have been observed and recorded. Spontaneous combustion is defined as the burning of the human body without an external source of ignition, in other words, you explode for no reason whatsoever. Evidence for this strange occurrence includes shrunken organs of the human body with clothing still attached, and several theories have been created. One theory is the “wick effect,” which states that your clothing can absorb melted human fats and thus can act like the wick of a candle. Scary, huh?

The circumhorizontal arc, or the fire rainbow, is an optical phenomenon caused by the refraction of sunlight through thick, flat, horizontal ice crystals in cirrus clouds. Atmospheric conditions have to be very specific and perfect, and it can only be observed in certain locations of the world. To get an idea of just how truly complicated things have to be for it to form, check out this quote from Wikipedia: “In order to be observed, the sun must be very high in the sky, at an elevation of 57.8° (90 -32.2°) or more, and can only occur in the presence of cirrus clouds. As a result it cannot be observed at locations north of 55°N or south of 55°S, although occasionally at higher latitudes from mountains. In areas of Northern Europe it can only be observed around the time of the Summer solstice. If cloud conditions are right it is seen along the horizon on the same side of the sky as the sun. It reaches its maximum intensity at a sun elevation of 67.9° .” Has it really been photographed? 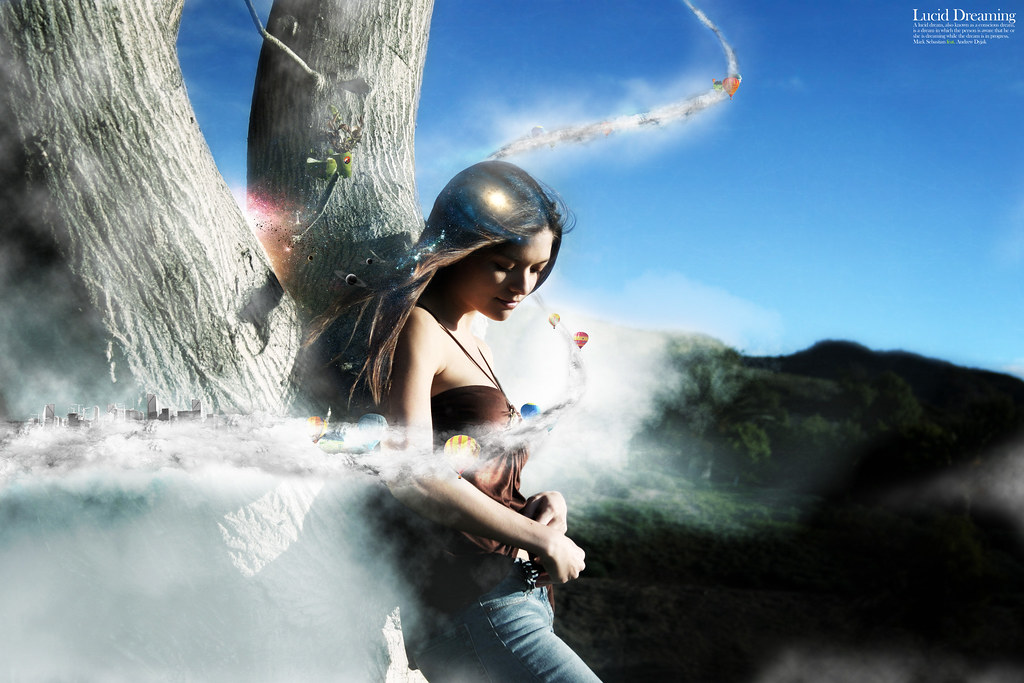 Not all strange things occur in nature, but they sometimes can occur in ourselves. But what about the mind? Lucid dreaming occurs when someone becomes aware that they are dreaming while in the dream. While it may not sound so special on paper, imagine the endless possibilities of being able to have full control of your imagination. Some people have even flown in their dreams and all of them say it is one of the thrilling experiences of their lives.

Everyone knows the rainbow and just how beautiful it is, but what about its not-so-distant and not-so-pretty cousin the moonbow? Moonbows are created when droplets of water combine with mists made from waterfalls to provide the perfect medium to produce this phenomenon. Because the moon is not nearly as bright as the sun, moonbows are much harder to see than rainbows, but when you do, it is a sight to behold.

Ball lightning does not look like regular lightning. Instead it takes the form of a glowing sphere drifting horizontally through the air. It can vary in size from a minuscule pea to a large bus. No real theories have been formed and yet at least five percent of the total population has seen ball lightning in some point of time. 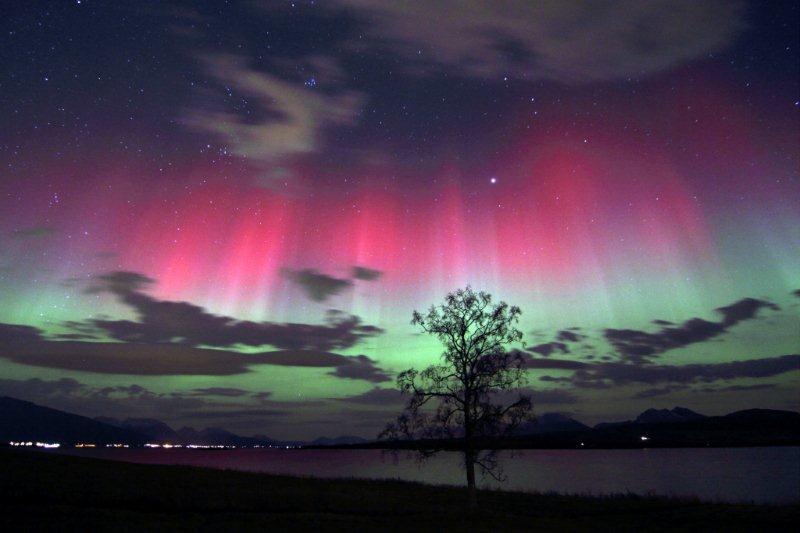 Undoubtedly one of the most beautiful events to occur in our world, the Aurora Borealis, also known as the Northern Lights, has both astounded and amazed people since it was first discovered. It is much easier to stare at the phenomenon and enjoy its beauty than to understand why exactly it occurs. Here’s the “concise” explanation from http://finland.fi/finfo/English/aurora_borealis.html:“‘The sun gives off high-energy charged particles (also called ions) that travel out into space at speeds of 300 to 1200 kilometres per second. A cloud of such particles is called a plasma. The stream of plasma coming from the sun is known as the solar wind. As the solar wind interacts with the edge of the earth’s magnetic field, some of the particles are trapped by it and they follow the lines of magnetic force down into the ionosphere, the section of the earth’s atmosphere that extends from about 60 to 600 kilometers above the earth’s surface. When the particles collide with the gases in the ionosphere they start to glow, producing the spectacle that we know as the auroras, northern and southern.’” 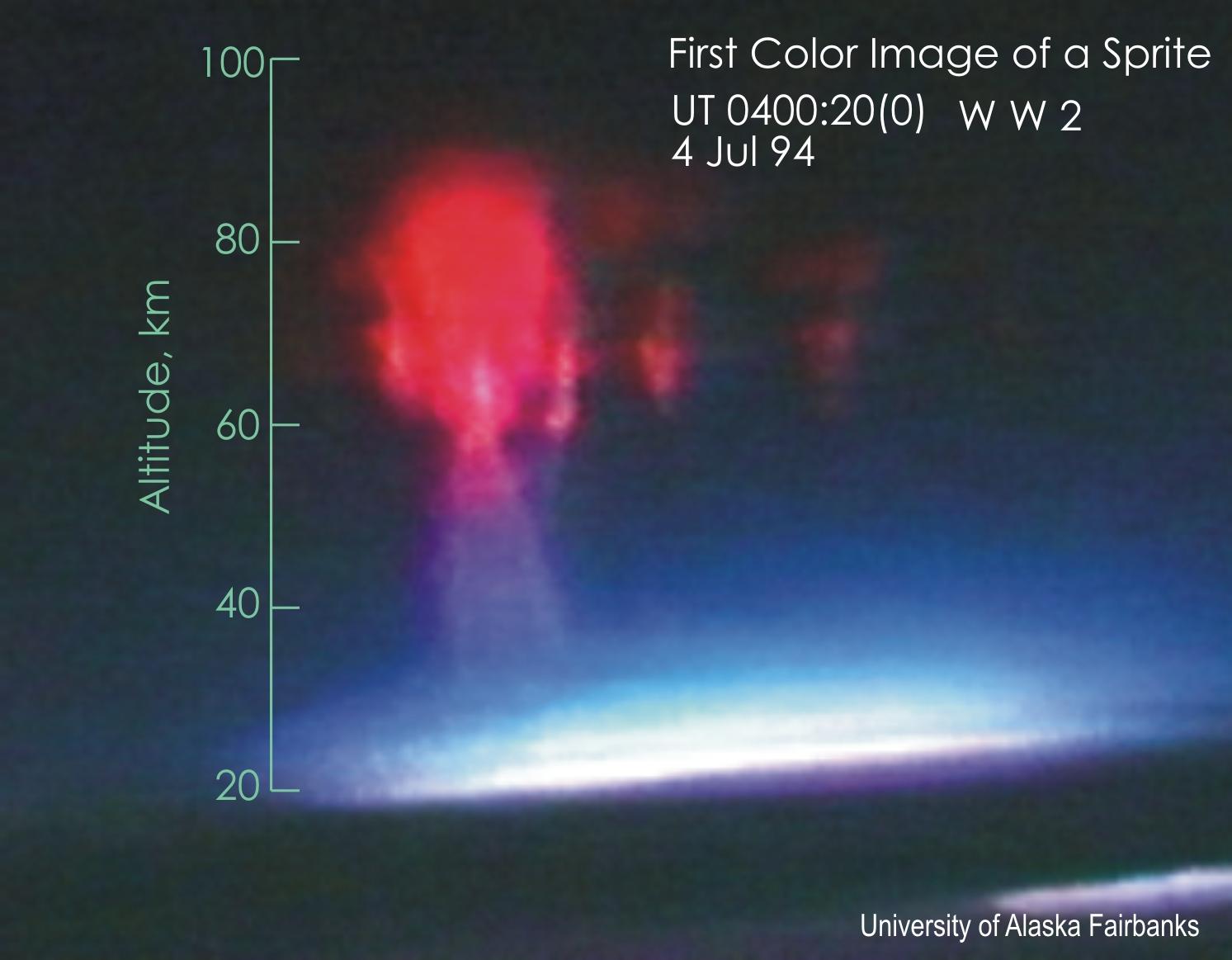 Sprites are large scale high-energy electrical discharges that occur above thunderstorm clouds. They are caused by the discharges of positive lightning between a thunderstorm and the ground and give rise to a large variety of bright and unusual visual shapes. Sprites have been reported since 1886 but only last for a few milliseconds and are very rare, so there are few photographs and videos of them.

Sometimes, when the sun sets or rises, the top edge of that sun will appear to be a bright green, but one usually has to see it through a distant horizon. Atmospheric conditions have to be nearly perfect with no clouds all the way down to the horizon. It may last for around a second this phenomenon is called a green flash, and it is caused by a certain refraction of light in the atmosphere. You can learn more about what causes green flashes here: http://www.exo.net/~pauld/physics/atmospheric_optics/green_flash.html

The Taos Hum is a low-frequency humming noise that occurs frequently in Taos, New Mexico. Similar hums like the Taos Hum have been reported all over the world and have been attributed to sounds caused by machines or other industrial-related things. The thing that makes the Taos Hum so special that it deserves a spot on this list is that no one has ever found the source of the hum, and what’s even more interesting is that the sound is often intensified and much louder in buildings but is only heard by around 2 percent of the population.

You can download and listen to the hum here: http://www.eskimo.com/~bilb/freenrg/taos.wav