Plagiarism is an increasingly large issue in modern society, as access to other people’s information becomes more readily available. However, it’s not just students who plagiarize other people’s work. There’s a surprisingly large problem in many different areas of life. These are just a few of the many famous people who have been accused of plagiarism over the years.

The Da Vinci Code, written by Dan Brown, was both highly successful and highly controversial, not only due to its subject matter but also the plagiarism allegations that surrounded the book. Brown had a case brought against him on two separate occasions due to accusations that he had plagiarised other people’s work in the book.

The first case brought against him was by Michael Baigent and Richard Lee, who claimed that Brown plagiarized their book The Holy Blood and the Holy Grail. This claim stated that Dan Brown had copied certain themes from their book. However, they eventually lost the case when a court decided no plagiarism had taken place.

The second accusation came from Lewis Perdue, who claimed Brown had stolen from his novel Daughter of God, published in 2000. Although the Supreme Court declined to hear his case, in which he was seeking $150 million, he has not retracted the accusations. Nicki Minaj is no stranger to plagiarism accusations, having been accused of copying portions of her 2012 hit song “Starships” from a song written and performed by Clive Tanaka in 2011. However, a more recent, and much more unusual accusation of plagiarism has come from Terrence Davidson, who filed a lawsuit against Minaj for $30 million, claiming that she had stolen his wig designs. And, yes, stealing ideas for wig designs does fall under plagiarism, by definition, since it’s stealing “ideas.”

Minaj, who is known for her wacky and unusual hairstyles, started selling her own brand of wigs on her website. Davidson claims that this line of wigs is based on designs that he had originally come up with, and which she had licenced and sold without his permission, and without sharing any of the profit. Although in September of 2014 the lawsuit against the superstar was dismissed, Davidson has not retracted the accusation.

Most people wouldn’t be overly surprised to hear Justin Bieber’s name at the center of a scandal, but most don’t realize that the scandals date back to very early in his career.

Bieber, along with singer, songwriter Usher were accused of plagiarism by Devin “the Dude” Copeland and Mareio Overton and sued for $10 million. The accusers claimed the song “Somebody to Love”, written by Usher and performed by Bieber, had been copied from their song with the same title released in 2008. Although the case was eventually dismissed, early in 2014, just over a year later the dismissal was overturned and the court case continued, starting what is bound to be a lengthy court battle to try and settle the matter. 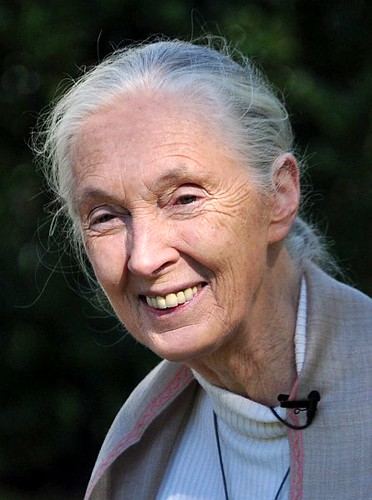 Widely known for her incredible work with wild chimpanzees, Jane Goodall has long been an activist for the protection of endangered animals. She was one of the first people to do such up close and personal work with chimpanzees and her research is still of vital importance today. However, Goodall’s work is marred by the rather serious allegations of plagiarism that surround her book Seeds of Hope, published in 2013.

This book contains large portions that seem to be taken directly from a variety of sources, Wikipedia included, without having been cited. Following these accusations the book was edited and a revised version was published. Goodall blamed this act of plagiarism on poor note taking, and claimed that it had been a careless mistake. Although the error has now been rectified, these accusations are not likely to be forgotten, and are a serious reminder to the author to be more careful in the future.

Few people are surprised to see politicians involved in scandals or having accusations made against them by political rivals, and Barack Obama, like most other political figures, has had his fair share of both. Among these was a plagiarism scandal during his presidential campaign in 2008, during which his main rival Hillary Clinton accused him of plagiarizing parts of a speech made in Wisconsin.

Unlike many other cases of accused plagiarism, Obama acknowledged that he should have given credit to Governor Deval Patrick, who he was being accused of plagiarizing, but said that they were in fact friends and had shared ideas for the speech together. Governor Patrick himself came out and defended Obama, and although at the time the story was much spoken about, it clearly didn’t harm his campaign significantly, as he was elected as president in the elections that followed.

He does seem to have learned his lesson, as Obama vowed to be more careful in the future when borrowing ideas from other politicians, to avoid any more scandals of that nature.

Quite an iconic historical figure, Helen Keller was a blind and deaf woman born in 1880. Helen is most well known for overcoming her disabilities, and becoming an extremely influential activist in her lifetime. However, Keller has her own plagiarism scandal that surrounds some of her early work.

Keller wrote a story at only 11 years old called “The Frost King”, which she later offered to the director of the Perkins Institute, Michael Anagnos, as a gift. However, that is where the scandal began, as it was discovered that Keller’s work was just a retelling of “The Frost Fairies”, which was a story written by Margaret Canby. This had a huge impact on Keller, as she claimed the plagiarism was accidental, and made her question the basis of many of her thoughts.

Although this case of plagiarism never resulted in any kind of legal battle, it had a lasting effect on Keller, as she later wrote about it in her autobiography and it remains a stain in her otherwise quite extraordinary life.

It seems no successful book series is complete without at least one accusation of plagiarism, and the Harry Potter series is no exception. J.K Rowling, author of the hit book series, had a case brought against her in early 2010, claiming she had stolen ideas for the fourth instalment in the series from a book published in 1987, written by Adrian Jacobs, and titled The Adventures of Willy the Wizard. The estate of the late author claimed that the plot of Harry Potter and the Goblet of Fire had very similar plot points to that of his novel. The representative of the estate had claimed that the lawsuit would be a billion-dollar case.

Rowling and her publisher eventually won the case, but the estate of Adrian Jacobs did not forget the charges and attempted to sue the author in multiple different countries, including America and Australia, although none of the other cases were successful.

Perhaps one of the most surprising and unexpected names on this list, Martin Luther King, Jr. does indeed have his own plagiarism scandal. King was an activist who had a huge impact on the Civil Rights movement in America. He received many prestigious rewards in his lifetime, including a Nobel Peace Prize, and is widely considered one of the most influential people in American history. However in the early 1990s, after MLK’s widow donated his dissertation to the King Paper’s Project, it was discovered that sections of his work seemed to be plagiarized. The scholars appointed to investigate this confirmed these suspicions.

However, they did note they believed he had acted unintentionally, but would have had knowledge of academic rules and procedures and didn’t have an excuse for the mistakes. Although these findings had no impact on the late reverend’s degree, it will forever remain a blot on the record of an otherwise extraordinary man. 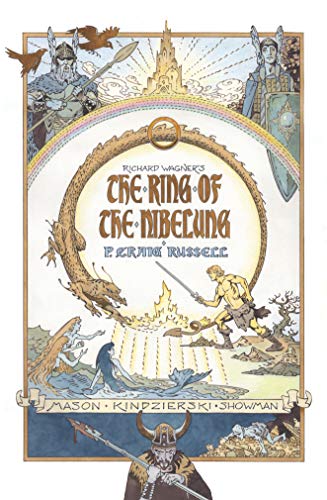 Another iconic author whose hugely successful book series has allegations of plagiarism surrounding it is J.R.R Tolkien and his epic The Lord of the Rings. This series has for decades been hounded by these allegations, although it seems unlikely they will ever come to anything more than debates among fans. These allegations suggest that Tolkien’s series has borrowed many things from the epic opera Ring of the Nibelung, composed by Richard Wagner.

During his lifetime, Tolkien denied having based anything in his books on the work of Wagner, despite it being known that he did an extensive study of the composer’s work shortly before beginning work on The Lord of the Rings. Even Tolkien fans are forced to admit the similarities between the two pieces of work. However, it is often attributed to Tolkien drawing inspiration from Wagner as opposed to plagiarizing his ideas.

This case of plagiarism brings up the long-standing debate about the line between drawing inspiration from existing work and stealing ideas. In this case, the issue is unlikely to ever be settled or move past debates by fans in online forums, but shall remain an unanswered question surrounding the author’s work.

Fifty Shades of Grey is the first novel in a trilogy written by the author E.L. James, which shot to the top of the best sellers list shortly after being released in 2011. The scandals surrounding the raunchy novels have been numerous, and allegations of plagiarism have also surrounded the novel due to its unusual origins.

Fifty Shades of Grey started its life as a piece of Twilight fan fiction titled “Master of the Universe” that James posted online. The story was originally based on two characters named Edward, and Bella, after those in the Twilight Saga. Although the fan fiction was taken down and the names of the characters changed before it was published, most of the book remained the same, which raised many questions about the legality of publishing it.

Fan fiction is itself a rather grey legal area, but the difference in this case is the fact that unlike most fan fiction that is posted for free online, this has been published, turned into a movie, and made James millions of dollars. However, despite all this, the author of the Twilight Saga Stephanie Meyer has not seemed at all upset by the success of the trilogy, and has not taken any legal action again James. Of course due to the length of copyrights, there is still plenty of time during which she may change her mind, and the future of the hugely popular Fifty Shades trilogy remains uncertain.