The phrase “all is fair in love and war” hasn’t really stood the test of time. As warfare has become more advanced and deadly, the nations of the world have come together to outlaw certain practices to spare innocent human life. After World War I, the League of Nations established the Geneva Protocols which outlawed the use of asphyxiating, poisonous, or any other gases in war.

And yet despite this international agreement, in the lead up to World War II, Italy, Japan, and Spain used chemical weapons. After World War II, the Geneva Conventions established basic rights for wartime prisoners (civilians and military personnel). It also established protections for civilians living in war-torn areas. And again, despite these protections, nations have broken these agreements again and again… On March 16, 1988, Saddam Hussein’s regime committed one of the most heinous acts in the modern era. The attack took place during the final stages of the Iran-Iraq War. The Kurds, an ethnic minority in the northern part of Iraq had aligned themselves with Iran. Hussein’s regime had had longstanding difficulty reining in the Kurdish minority and decided to use the opportunity to not only end the war, but strike fear into the hearts of the insurgents. A genocidal campaign was carried out named the “Al Anfal Campaign,” which translates to spoils of war.

While the campaign against the Kurds took place over multiple years, the chemical attack was brief but catastrophic. Survivors remember hearing the sound of bombs dropping, then seeing clouds of white, black, and then yellow smoke rising nearly 150 feet in the air. Some remember it as a sweet smell of apples, then something similar to eggs. Soon, birds fell from the sky. Then other animals started to die, and then human beings. All in all, The attack killed between 3,200 and 5,000 people and injured 7,000 to 10,000 more, most of them civilians. One of the most disgusting acts committed by members of the American military took place during the Vietnam War. With the Cold War in full effect, the United States deemed it necessary to combat the rise of communism in Southeast Asia. The war in Vietnam had begun in 1955 and lasted 20 years, and saw nearly 41,000 American soldiers killed in action (more than 58,000 American deaths were reported overall). However, the war also saw as many as 2 million Vietnamese on both sides die as a result of the conflict. The My Lai massacre took place on March 16, 1968. As a result of a cover-up, it took the American public over a year to learn what had transpired. The massacre was one of the major catalysts for the growth of the anti-war movement that swept the nation. More than 500 people were slaughtered including women and children, and young girls were raped and mutilated.

The slaughter took place in a small village in  Quang Ngai province, which was believed to be a stronghold of the VietCong. In March of 1968, Charlie Company received word that the VietCong had taken a neighboring village and were sent on a search and destroy mission. Army commanders had told the soldiers of Charlie Company that all found in the region should be considered VietCong; however, when they arrived at the village, it was comprised of mostly women, children, and elderly men. After searching the village, only a handful of guns were found, but none were fired at Charlie Company. Lieutenant William Calley ordered his soldiers to round the villagers into groups. Despite some protests, Calley — along with his men — began firing on the villagers, killing mothers who shielded their children. Huts were set ablaze and those who tried to run away were shot down. Of the 500 people killed, 182 of them were women — 17 of which were pregnant — and 173 children, including 56 infants. Although the League of Nations was meant to bring about an era of collective security, the Italian invasion of Ethiopia quickly demonstrated that nations will always be self-interested. The Italian defeat to Ethiopia, during the scramble for Africa, was devastating and caused the downfall of its imperialist government. When Benito Mussolini came to power, he hoped to restore the prestige of Italy while also expanding Italy’s empire in East Africa. The war began on October 3, 1935 when Italian forces crossed into present day Ethiopia. Chemical weapons were not used until Ethiopia launched its “Christmas offensive,” which blunted an Italian offensive while also cutting communication and supply lines.

In December 1935, Italian planes dropped tear gas grenades and asphyxiating gas over a northeastern part of the country. Italian forces even went so far as to use sulphur mustard air bombs. Historians have found that the Italian forces dropped more than 4,000 bombs filled with sulphur mustard, resulting in roughly 15,000 casualties. Emperor Haile Selassie of Ethiopia would go on to make a speech about the failures of the League of Nations and collective security. He warned that if Ethiopia, a member of the League, could be invaded without a response, what would deter invasions of European countries? History would prove him right. During the second Sino-Japanese War, soldiers of the Imperial Japanese army killed over 200,000 Chinese citizens and unarmed combatants. The Japanese invasion of Shanghai was met with strong resistance, leading to a war of attrition where both sides eventually engaged in hand to hand combat. With the help of a naval bombardment, the Japanese took Shanghai and proceeded to march to the then capital of China, Nanjing. The Chinese realized that the city would fall and decided that military personnel would fall back from the city instead of guarding it. They left the city’s defense to mostly untrained fighting aged men. The result was a catastrophe. The Japanese destroyed the city, raping and killing as they went.

A journalist who traveled with the Japanese army recounted a competition between two soldiers as to who would kill 100 people first. More than 20,000 women were raped, according to an international military tribunal, and most were killed after the act. Japanese soldiers would mutilate their bodies, leaving bayonets or baboo in their victims’ vaginas. There were even cases of Chinese soldiers being disemboweled, with the Japanese roasting his heart and liver and eating them. There was eventually a sliver of justice as five officers were convicted of war crimes and sentenced to death by hanging. However, it did nothing to bring back the lives of the thousands lost. While the other war crimes on our list deal with two nations, Congo is remarkable in that the heinous acts were committed against fellow citizens. A nation rich with natural resources, the Congo has struggled to unify after its independence. Several civil wars have been fought with various groups vying for control of mineral rich areas.

Congolese soldiers have used rape as a form of warfare, terrorizing women and their communities and leading many to abandon their property. A 2011 study found that 1.8 million women have been raped in the Congo and that 12% of women had been raped at least once in the country. The Congo is believed to be the worst place in the world to be a woman. The most depressing fact about the Congo is that the conflict seems to simply be ongoing, with no end in sight. The Korean War is often forgotten, as is the violence and death that led to the establishment of North and South Korea. Nearly five million people died, half of whom were civilians, accounting for 10% of Korea’s pre-war population. In addition, nearly 40,000 Americans died, and another 100,000 were wounded. On July 26, 1950, the highest level of US command in South Korea ordered “that all Korean civilians traveling and moving around the country must be stopped.” Army leaders were fearful that North Korean guerilla troops were disguising themselves as peasants, and moving across battle lines.

Despite the military’s order, US soldiers in central South Korea ordered hundreds of civilians from their villages to the south, fearing a North Korean invasion. As the civilians marched south, members of the US 7th Cavalry regiment dug in near No Gun Ri. When the civilians approached, US Cavalrymen were instructed to “fire on everything, kill ’em all.” Over a three day period, hundreds of South Korean civilians were killed. According to survivors, a nearby stream was running red with blood. Estimates range that anywhere from 100 to 300 civilians were killed. Like the My Lai Massacre, the actions of US soldiers was hidden for many years. It took five decades for the facts to emerge, which included testimony from survivors and numerous US soldiers.

For nearly 500 years, East Timor was controlled by the Portuguese. However, in 1974, a coup in Portugal left the East Timorese with the opportunity for independence. In 1976, the Portuguese decided to leave East Timor. Just nine days after they left, the country was invaded and annexed by Indonesia.

The Indonesian government was fearful of a leftist government taking power, or the possibility for other regions of Indonesia to align themselves with the East Timorese. Indonesia would occupy East Timor for 24 years, where they systematically murdered men, women, and children. Rape was also a common practice to terrorize the women of East Timor. More than 200,000 Timorese died from famine, disease and fighting as a result of the Indonesia occupation.

Probably one of the most well known violations of international law occurred during the Bosnian Genocide. After the fall of the Soviet Union, nations in the Eastern bloc began to declare their independence. In April 1992, the government of the Yugoslav republic of Bosnia-Herzegovina declared its independence from Yugoslavia.

A multi-ethnic state, the first elections in the country resulted in a coalition along ethnic lines. That did not sit well with Bosnian Serb forces. With the support of the Yugoslav army, the Serbs perpetrated ethnic cleansing and atrocious crimes against Bosnian Muslims and Croatian civilians. The Serbs, who are Christian, killed more than 100,000 people, 80% of whom were Muslim. It has been called the worst act of genocide since Nazi Germany. 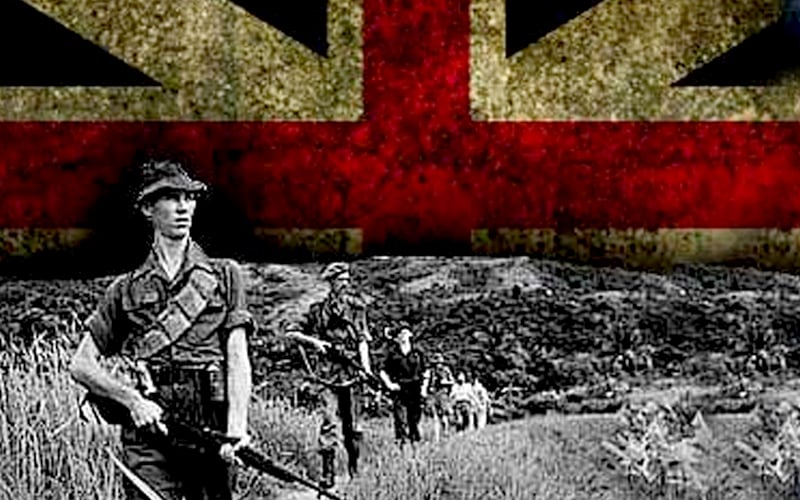 After the Geneva Conventions and the establishment of basic human rights for non-combatants, British soldiers broke international law by murdering 24 unarmed citizens. With the Japanese defeat in World War II, the British returned to Malaya to reclaim their former colony. However, many liberation fighters who had mobilized during the Japanese occupation had not disbanded.

The guerrilla outfit began targeting British commercial outfits and assassinating British landowners. As a result of increasing hostilities, the British declared a state of emergency, which began an undeclared 12 year war. In December 1948, 7th Platoon, G Company, 2nd Scots Guard rounded up civilians near a rubber plantation. The men were separated from the women and children. There was only one male survivor, Chong Hong, who lived only because he fainted as the automatic weapons killed his fellow countrymen and was presumed dead.

One of the least reported facets of the Nazis’ perverted ideology was their mass murder of fellow German citizens who were mentally and physically handicapped. We’ve decided to include this program of “euthanasia” because it was part in parcel of the Nazi sentiment during World War II. They were a race of perfection and purity, and anything that was believed to not be consistent with that notion needed to be eradicated.

The most troubling aspect of their program was the cooperation of doctors and midwives who were asked to report children who displayed signs of mental or physical disabilities. The program led to the murder of more than 70,000 German citizens, mostly children, at the hands of their own government.