Doctors and medical researchers around the world are always making new discoveries to help improve the health and wellness of mankind. But sometimes, these medical reports are big practical jokes, or an attempt to make some money off of unsuspecting victims. Here are 10 times when people truly believed in a medical hoax.

10. The Boy With the Golden Tooth 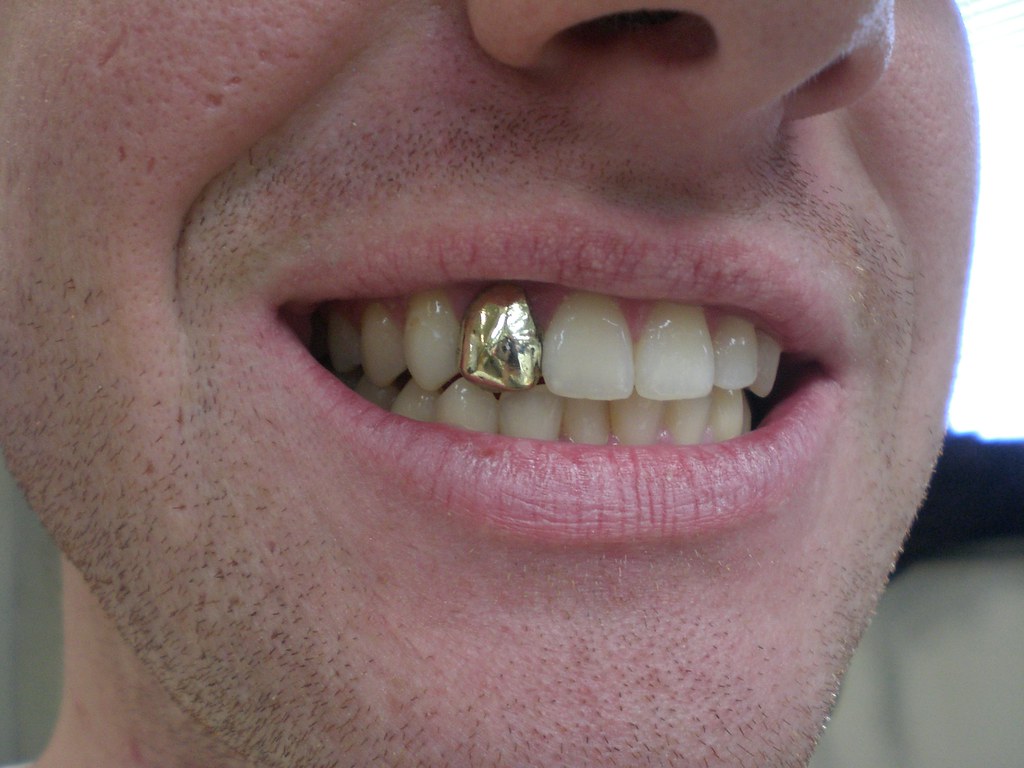 In 1593, a boy named Christoph Muller from Silesia, which is a part of modern-day Poland, claimed that he grew a golden tooth. In the future, dentists would use gold to fill cavities, and even some modern-day rappers have a gold grill. But back in the 16th Century, no one had ever done this before, and doctors thought this was a medical anomaly. A medical professor named Jakob Horst wanted to study this mysterious tooth after Muller had claimed it grew naturally from his gums.

Dr. Horst wrote a 145-page book about the case called Of the Golden Tooth of the Boy from Silesia. It turns out that it was actually a hoax made up by the boy’s family, who had made a molded gold crown for him. Even though it was a hoax, it was still technically a medical breakthrough, and it lead to the practice of making gold cavity fillings in the future.

Joey Skaggs is a prankster who goes above and beyond to pull hoaxes on journalists. He comes up with ridiculous ideas, and manages to get on the news. Some of his best media hoaxes were a brothel for dogs, and a priest who rode a portable confessional booth around on a bicycle. In a lot of cases, these news anchors actually believed his claims, and he made his way on TV only to later reveal that it was all a joke. He did all of this as a form of social commentary, and as a reason to make people be more skeptical, proving that it was possible to create fake news.

In 1981, Skaggs pretended to be “Dr. Joseph Gregor,” the CEO of a company called “Metamorphosis” that sold cockroach pills. He claimed that eating a capsule with ground up bugs cured almost everything. It almost makes sense when you think about how they always say cockroaches will be the last thing left after a nuclear holocaust, so people actually believed him… At least, until he admitted that it was fake.

In the year 2000, a man named Lee Mingwei claimed that he was “the world’s first pregnant man,” and filmed a documentary called The World’s First Male Pregnancy. In the film, he claims to be a biological man who does not have a uterus, and that the baby was growing in his abdominal cavity. He started a website called MalePregnancy.com, where he claimed that any man could get pregnant, as well.

It turns out that Lee Mingwei is actually an artist named Virgil Wong. Years later, he went on to have a TED talk, where he explained that all his life, he was fascinated by putting himself into other peoples’ shoes. After learning about Helen Keller as a child, he wore a blindfold and earplugs to see what life would be like as a deaf and blind person. So, the male pregnancy stunt was an extension of that, and he wanted to get people thinking about possibly redefining traditional gender roles. 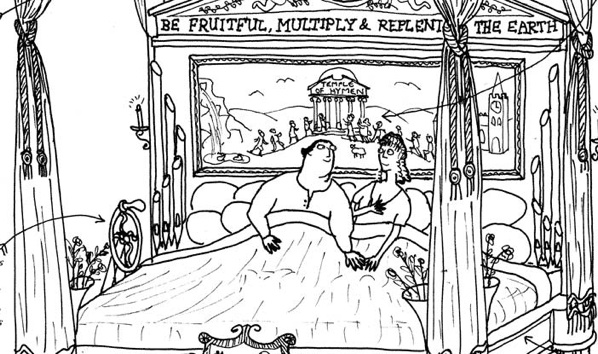 In the 1700s, an English man named James Graham attended a few classes in medical school, but never actually finished his degree. He called himself a doctor anyway, and tried to sell various concoctions that he claimed would cure all kinds of illnesses.

One of his many inventions was “The Celestial Bed,” which went on the market in 1745. He claimed that if two lovers slept on his bed for one night, it would cure impotency, and help people have a baby. This bed was actually a straw mattress filled with rose petals, lavender, and herbs, and he made the atmosphere of the room like a sex motel with a mirror on the ceiling. The headboard had an electric current running through it, because he claimed that getting a bit of a shock to the senses would improve a man’s sperm count. He charged 50 pounds per night, which was really only affordable for the upper class at that time. Some historians say that Graham was like the world’s first sex therapist, but this magical bed never actually worked. 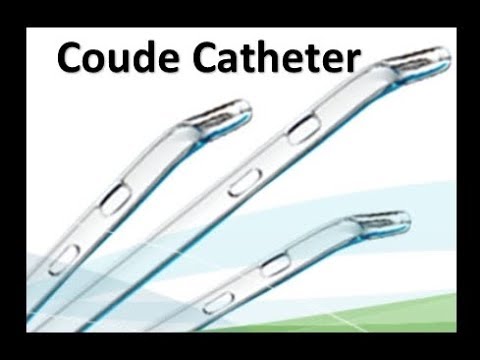 In 1957, medical students invented a fake device called the “Coudé Catheter” as a joke, and claimed that it was invented by a man named Dr. Emile Coudé. This was a catheter with a bent tip… and without going into detail, let’s just say it would be extremely painful for someone to use. However, since the students claimed that the bent tip “fit perfectly in the urethra,” professionals took it so seriously that the object was included in textbooks as a medical breakthrough.

The textbook writer, Sir Hamilton Bailey, was very embarrassed when he found out that the Coudé Catheter was a hoax, so he wrote in to a medical journal to say that it was a false claim, and that Dr. Emile Coudé needed to be erased from history. One of the medical students saw this letter and decided to troll Bailey even further by writing him a reply claiming to be Dr. Coudé’s nephew, stating he was very offended by the suggestion that his uncle wasn’t real. This same prankster later admitted that he was joking. Unfortunately, the Coudé Catheter is still being talked about today, and some doctors don’t realize it was all a hoax.

Editor’s note: The writer incorrectly states the the Coudé catheter is a hoax. This is not the case; the hoax is that Emile Coudé invented it and is the namesake of the device. In actuality, according to the American Urology Association’s Journal of Urology, Louis Mercier invented the coudé catheter, so named for the French word meaning ‘bent’ for the device’s curved end.

5. The Blood of the Youth On September 10, 2018, both The Sun and The New York Post published articles that claimed that the University of London concluded “drinking young people’s blood could help you live longer and prevent age-related diseases.”

If you think this sounds like a beauty treatment from 16th century serial killer Elizabeth Bathory, you’d be correct. But in reality, those articles completely misunderstood the work of a geneticist named Linda Partridge. Or, maybe they were just trying to create sensationalized clickbait.

If you’ve ever had a blood test done at a hospital, you know that doctors need to withdraw a new vial in order to test for each individual disease. In 2003, a 23-year-old woman named Elizabeth Holmes claimed to have invented the technology to run tests for nearly every illness from just a small pin-prick of blood. She was able to raise over $700 million for her company, Theranos, and hired a team of scientists. The company existed for 10 years, but the technology never existed, and they faked their results with human test subjects.

It turns out that Holmes believed that if she simply came up with a good concept, she could hire enough scientists to eventually figure out how to make her idea a reality. Theranos went bankrupt, and Holmes now faces fraud charges. There’s a very strong possibility she’ll serve time in prison for her elaborate hoax. Her trial has only just begun in October of 2018, and if she is found guilty, she can face up to 20 years in prison.

3. The Extended Lifespans Of Vilcabamba, Ecuador In 1970, a group of scientists from Harvard Medical School were studying the link between heart disease and the foods that we eat. There was a claim that the citizens of Vilcabamba, Ecuador had a high population of people who were over 100-years-old, with some residents even claiming to be 140. They also claimed that the entire village had low cholesterol and virtually no heart disease. There were even several books published about the village, and people traveled from all over the world to see how these people managed to live so long.

Mother and daughter Dee Dee and Gypsy Blancharde were living in Missouri, and they claimed that Gypsy had leukemia, muscular dystrophy, and a learning disability. She was wheelchair-bound from the age of 5, and doctors even gave her a feeding tube. Gypsy became a media darling, because people were touched that such a little girl could be so positive and happy despite having so many health issues. Her community donated money to help pay for her medical costs, and they appeared on TV multiple times. They even had a free house built for them by Habitat for Humanity, and received multiple all-expenses paid vacations to Disney World from the Make a Wish Foundation.

One day in 2015, Gypsy posted on Facebook, “The b*tch is dead.” It turns out that Dee Dee Blancharde was experiencing Munchausen Syndrome, which is when a parent gets pleasure from pretending that their child is sick. Dee Dee was living on the donation money, and threatened Gypsy if she tried to escape or reveal the truth to anyone.

When she was 24-years-old, Gypsy met a man on an online Christian dating website and fell in love. Dee Dee would not allow Gypsy to leave, so Gypsy murdered her. Gypsy was sentenced to 10 years in jail, and she maintains that she was being abused by her mother for years, and that she felt like killing her mother was her only chance of escape. In 1726, a 25-year-old English servant woman named Mary Toft claimed that she was giving birth to baby rabbits. Toft explained to everyone that she had recently had a miscarriage, and she later had a dream about rabbits. After that, she felt pregnant once again.

A local doctor named John Howard helped deliver the body parts of several dead rabbits from Mary Toft’s body, and he was determined to study her to see how this was actually possible. He kept her in isolation in order to make sure that she didn’t actually sneak any animals in, and she was able to deliver several more rabbits. Other doctors came to examine her, and Dr. Howard even told King George about the phenomenon. Mary became famous, and many people believed that these births could have been supernatural. Of course, it was a hoax, and it turns out that a servant was sneaking baby rabbits in for her to hide between her legs just before “giving birth.” Technically, none of this was against the law, but Mary spent a few months in prison before being released.