It’s a cliche at this point that politicians are not necessarily trustworthy. You can expect that on a long enough timeline you’re going to hear a story on the news about a politician caught in a lie, caught stealing something, or caught doing some other nefarious and otherwise underhanded deed. The breadth of the crimes committed by politicians that we normally are used to, though, stays in the realm of non-violence. But every once in a while something goes extremely wrong, and politicians will commit murder. Clive Derby-Lewis was a South African politician who, back in 1993, provided the gun to an assassin that was used to kill a political rival named Chris Hani. Hani was a member of the military under Nelson Mandela and a well-liked politician at the time. Derby-Lewis, on the other hand, was a racist who did not want to see an end to apartheid or the rule of the white minority in South Africa.

Derby-Lewis’s assassination of Hani was particularly heinous insofar as his motivation was to spark a race war that would inevitably lead to more death and mayhem across the country. Although Derby-Lewis didn’t pull the trigger himself, he did provide the gun for a man named Janusz Walus.

Both men were found guilty of the crime and sentenced to death, but Derby-Lewis got a minor reprieve in 1995 when South Africa abolished the death penalty. As for his plan to start race riots, that failed as well thanks to the leadership of Mandela, who managed to keep everyone calm, preventing people from taking the bait and giving Derby-Lewis what he wanted.

In 2015, Derby-Lewis was released from prison after 22 years. The reason he was freed was because he was suffering from terminal lung cancer. He died a year later.

Back in 1975, Colin Thatcher won his first election to become a Member of Parliament in Saskatchewan. He ran as a Liberal, Canada’s left-leaning party that you might most closely associate with the Democrats in America. Within two years, the public’s support of the Liberal Party was waning and the right-wing Conservatives were gaining ground. Thatcher immediately jumped ship and joined the Conservative Party, proving he was not a man of loyalty.

Word is that Thatcher’s wife, JoAnn Wilson, was particularly unimpressed with her husband’s political about-face. This caused a rift in their marriage that was further exacerbated as Thatcher began to have extramarital affairs.

By 1980, Thatcher and Wilson had divorced. Wilson was awarded custody of two of their three children and nearly $1,000,000 in the settlement, which at the time was one of the largest ever awarded in Canada. Thatcher’s response was not a good one. He ignored the court’s orders and even flew across the country to kidnap his children from his ex’s new home.

In 1983, after some public disputes with the leader of his political party, Thatcher resigned from his position. Four days after the resignation, his ex-wife was found murdered. She had been beaten and shot. It took a year’s worth of investigation for Thatcher to be charged.

His conviction came thanks to some damning evidence, including a receipt from his credit card found near the scene, eye witnesses who had seen his vehicle in the area, and an ex-con who testified to being an accomplice and buying the gun.

Thatcher was sentenced to life in prison, with no possibility of parole for 25 years. And he did get parole in the year 2006. Word came out later that he had also been married again behind bars, and then another time after he was released.

Back in 2006 Byron Looper was running for office in Tennessee against Democratic opponent Tommy Burks. Enthusiastic about politics, he even changed his middle name to “Low Tax.” He was clearly a man dedicated to the political game.

It was October 19, 1998 when Tommy Burks was on his farm in a pickup truck, about to start giving hayrides to some local children. According to the prosecution in the case, Looper approached Burks in his truck and shot him point-blank in the head. The motive for the killing? He wanted to win the election and Burks was by far the favored candidate.

Looper’s career in politics had been a splotchy one at best, and he’d lost several elections in the past, having only achieved success when he switched from Democrat to Republican. It was fear of losing that motivated him to go after Burks.

Witnesses saw Looper flee the scene. Another testified that Looper actually came to his home that night and confessed to the killing. Looper was sentenced to life in prison in the year 2000, after the family of the victim specifically requested he not be given the death penalty. In the year 2013, Looper attacked a pregnant prison counselor. Several hours later he was found dead, succumbing to a fatal dose of antidepressants that exacerbated an undiagnosed heart condition.

7. Ian Milne Won an Election After a Murder 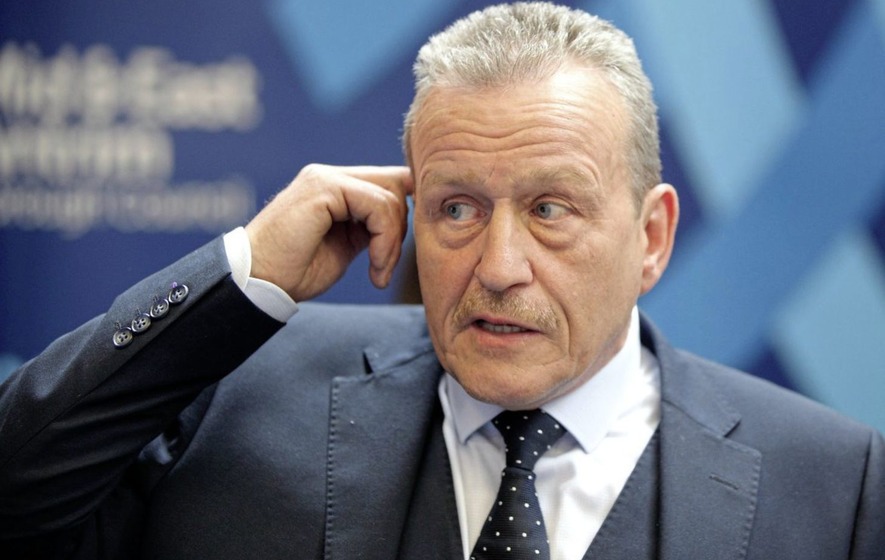 Milne’s early crimes ranged from stealing a police car, to carrying explosives that actually blew up another car. At one point he was called one of the three most wanted men in the country. In 1977, Milne murdered British soldier James Speer and was sentenced to life in prison. He was released in 1992.

In 2005 he decided to run for office in Northern Ireland and won the election. Since that time he served in various branches of government and continues to this day. In 2019 he was elected to the Mid Ulster District Council. Thomas Ley was born in 1880 and spent several years in politics from 1917 until 1928 in Australia. In 1922, when Ley was operating as the Minister of Justice, he took a trip to Australia and met a woman named Maggie Brooks. However, they were both married at the time. Brooks’ husband soon passed away, stung to death by bees of all things, and she and Ley began to have an affair.

By 1928 Ley’s political career was over, some of his rivals mysteriously dead in the meantime, and he returned to England where he’d been born. He took Brooks with him, leaving his wife behind, and the two of them started life over in the new country. Things went downhill from here.

It was in 1946 that Ley had become convinced 66-year-old Brooks was cheating on him with a 35-year-old barman named John Mudie. There was little evidence the two had anything more than a passing acquaintanceship, but Ley was sure.

Ley formed a deranged plan where he convinced both a foreman and a former wrestler that Mudie was blackmailing Brooks and extorting money from her. He told the other two men that they needed to help him abduct Mudie so that they could force him to sign a confession, which would get him to leave Brooks alone, then give him some money to leave the country. No one was supposed to get hurt. Instead, Mudie’s body ended up in a chalk pit, having been beaten and strangled.

Ley and an accomplice were found guilty of murder. Ley would not face the death penalty, as he was found criminally insane and sentenced to a mental institution. He died shortly thereafter of a brain hemorrhage.

5. Alberto Santofimio Was Convicted of Assassination 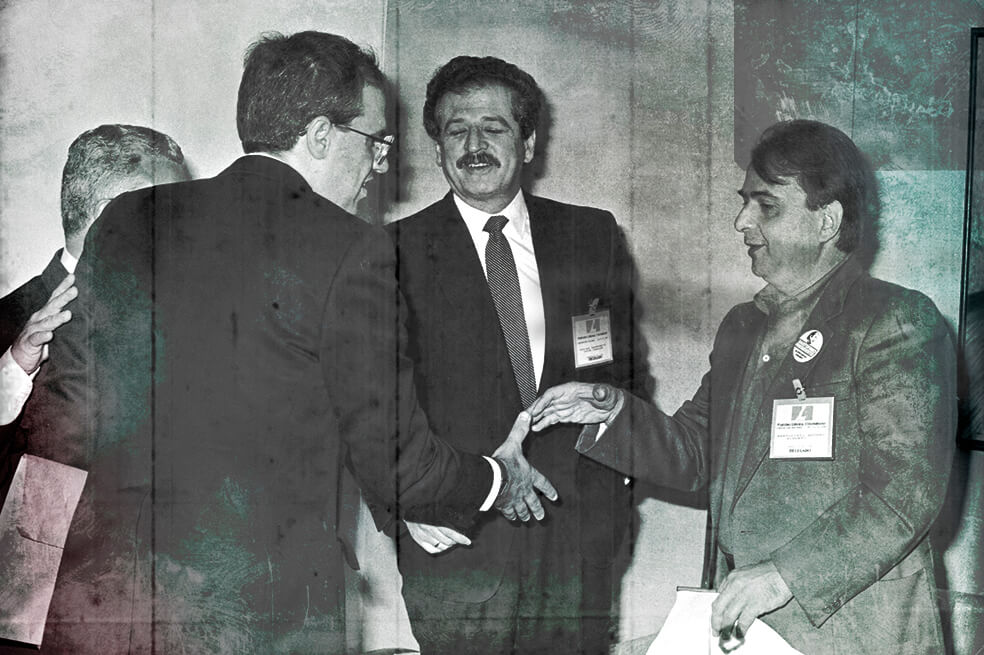 Alberto Santofimio once served as the Justice Minister in Colombia. He also served time as a senator, and threw his hat in the ring to be president on more than one occasion, though he never won. Word is he actually could have won the 1982 election, but he stepped back to allow Alfonso López Michelsen to run instead.

In 1989 he was a potential presidential candidate again when another candidate, Luis Galan, was murdered. Santofimio’s name was mentioned at the time as a suspect, but nothing came of it until the year 2005. It was then when a man known as “Popeye” gave evidence that Santofimio was behind the murder, in direct opposition to earlier testimony he had given.

Popeye was one of Pablo Escobar’s assassins and was in prison for the Galan’s murder when he rolled on Santofimio, so many years after the fact. In 2007, Santofimio was found guilty and sentenced to 24 years in prison. The next year this decision was overruled, but in 2011 the Supreme Court in Colombia upheld the sentence and Santofimio was sent to prison for the murder, as well as his involvement in two other murders that happened at the same time.

Proving that some people can succeed no matter what, Indian politician Anand Sen Yadav was in prison for a string of charges ranging from extortion to murder in 2007. At the same time he managed to win an election and became Minister of State for food processing. The court refused to let him out of jail for his swearing in ceremony.

In 2011, Yadav was again convicted, this time of murder and kidnapping, but was later acquitted.

The city of Ulhasnagar is located in the metropolitan Mumbai area and has a history as being a hub of criminal activity, noted for its extensive production of counterfeit goods. It was here that Pappu Kalani was known for his criminal activities even before he won his first election in 1986.

Since that time he has had unusual success in winning elections despite the fact that, during some campaigns, he was actively serving prison sentences for murder. In 2013 he was given a life sentence for a 1990 murder. That conviction was overturned in 2017, but he was still serving time for another murder committed a few weeks later.

There are reports from people who lived in the same town as Kalani that you could expect to hear a shootout every Tuesday, as that would be the day of the week Kalani would settle scores and kill somebody. 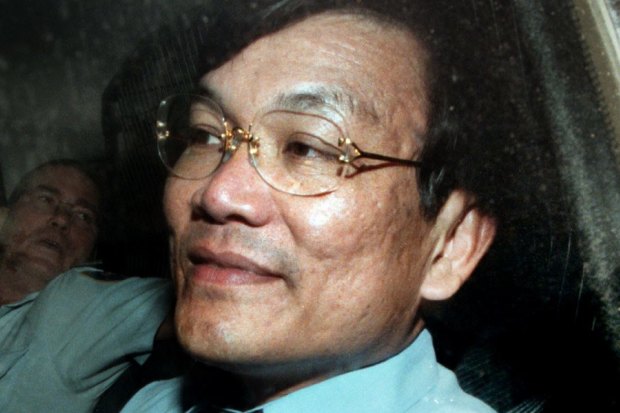 During the 1990s in Cabramatta, Australia, Phuong Ngo and John Newman established themselves as bitter rivals in the municipal political landscape. Ngo, a Vietnamese immigrant, was often the subject of Newman’s ire as he believed Ngo was involved in organized crime with Vietnamese gangs. Ngo, for his part, felt Newman was racist and was targeting him specifically for being Asian.

In 1994, Newman was shot dead in the driveway of his own home. A local Vietnamese gang leader was accused of the crime, but he was also murdered shortly thereafter. Informants claimed that Ngo  was behind the order to kill Newman, but it wasn’t until 2001 that he was finally convicted.

1. Alberto Fujimori Committed So Many Crimes For a full decade from 1990 until the year 2000, Alberto Fujimori was the president of Peru. It also seems that during that time he committed just about every crime you can imagine a politician committing. He was prosecuted for crimes against humanity in 2008, but despite that he still had two-thirds majority support for his policies in Peru.

Fujimori was sentenced to 25 years in prison for the deaths of 25 Peruvians, as well as for using military death squads to kill others. The president of Peru pardoned him in 2018, just before another court determined he could stand trial for murdering others. He returned to prison in 2019, with his pardon being annulled.

Fujimori was also convicted of kidnapping, embezzlement, bribery, and other corruption charges, proving he was willing to do anything and everything to get ahead.