F. Scott Fitzgerald was one of the greatest artists of the 20th century.  His lyrical phrasing, his rich characters, and his unmistakable voice have placed him in the high echelon of American authors.  Even though we only got to keep him until the young age of 44, he managed in that short time to give us iconic novels (The Great Gatsby, This Side of Paradise, Tender Is the Night, and more) and cranked out around 170 short stories.  Submitted for your approval (and your reading list), here are the Top 10 Short Stories by F. Scott Fitzgerald.

10. The Curious Case of Benjamin Button

You would really have to be trying not to pay attention in the last year in order for this title to sound unfamiliar.  “The Curious Case of Benjamin Button”, the 2008 movie, that is, was nominated for 13 academy awards and starred America’s Dreamboat – Brad Pitt.  What most did not realize was that the blockbuster film was based on a short story written for Collier’s magazine in 1921 – by none other than F. Scott Fitzgerald.  While your humble list-maker does not view this as one of the best Fitzgerald short stories, it is certainly one of the most notable.

Published in the Saturday Evening Post in May of 1920, this is one of Fitzgerald’s more recognizable stories.  The story centers on Bernice, who is an awkward girl visiting her cousin’s family for part of the summer.  Bernice’s cousin is a snobby girl who pretends to befriend Bernice in order to teach her about how to act in modern society, but then tricks Bernice into “bobbing” her hair – an act that meets much criticism from the boys who were once so captivated with her.  As bobbed hair was a mark of a flapper, this story appeared in Flappers and Philosophers, and was inspired by a series of letters Fitzgerald had sent to his younger sister wherein he instructed her on how to be attractive to boys.

8. The Diamond As Big As The Ritz

Fitzgerald said that he wrote this story (published in 1922 in an issue of The Smart Set magazine and later published in the collection Tales of the Jazz Age) simply to amuse himself.  There has been much debate, however, on whether or not that is true, or whether Fitzgerald meant this story as a sort of condemnation for the wealthy.  The story centers on John T. Unger, a boy from Hades, Mississippi and his summer trip to a classmate’s house “out West”.  John later learns that his classmate’s family lives on a diamond the size of a mountain, and they do some pretty awful things to keep that a secret. 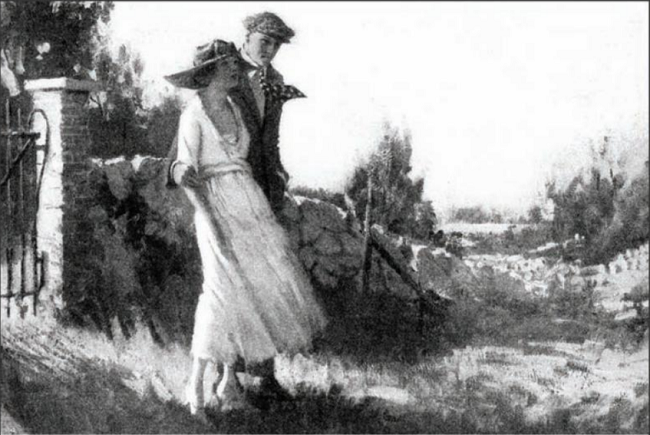 Another Saturday Evening Post story, “The Ice Palace” was published in May of 1920 and was the first of what is called the “Tarleton Trilogy”, a trio of works set in Tarleton, Georgia.  This story tells the tale of local belle Sally Carrol Happer and her harrowing visit to the cold North to visit her fiancé’s family.  It was also published in the collection Flappers and Philosophers and Babylon Revisited and Other Stories.  It is one of the most beautifully written of Fitzgerald’s short stories, and it contains autobiographical details from Fitzgerald’s own life, as he himself married a Southern Belle. 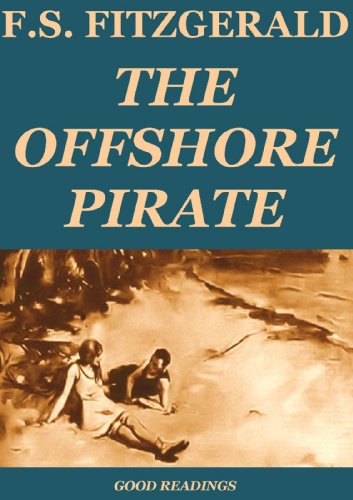 Like “The Diamond as Big as the Ritz”, “The Offshore Pirate” is a fantasy story.  Published in Flappers and Philosophers in 1920, it tells the story of Ardita Farnan and how she falls in love with the “pirate” that overtakes her uncle’s boat on its way to Florida.  Fitzgerald was especially fond of this story, especially the last line, which he said was one of his best.  Fitzgerald was also quoted as saying that he liked this story better than “The Diamond as Big as the Ritz”.

Turn to this story for some of the wittiest banter of the 1920’s.  Another Saturday Evening Post story, “Head and Shoulders” tells the story of an unlikely romance between Horace Tarbox, once child-genius now intellectual to the extreme, and Marcia Meadows, a dancer famous for her “shimmy”.  The tables get turned when Horace takes a job as a gymnast to earn extra money while Marcia is pregnant, and she in turn writes a very clever and successful novel.

Another “Tarleton Trilogy” story, “The Jelly Bean” tells the tale of Jim Powell, who is an idler (that’s what the term “jelly bean” meant).  Jim gets invited to a dance and has an encounter with Nancy Lamar – one of Fitzgerald’s Southern Belle/Flapper crossover characters who fills his head with the hope of romance and social fluidity until a drunk gamble reminds him why he stayed away from the crowd to begin with.  Another example of some great dialog of the times.

One of Fitzgerald’s later stories, “The Lost Decade” was published in Esquire magazine in December of 1939 and was a mere 1100 or so words.  It is a powerful and moving, yet extremely subtly-told story that tells of an encounter between Orrison Brown, an aspiring editor at a newspaper office, and Louis Trimble, a friend of Orrison’s boss who is Orrison’s charge for the afternoon.  Trimble is a mysterious man, who has been “away a long time” and Orrison has a field day imagining all the different places Trimble might have been.  He is amazed when Trimble tells him that he had eaten at a particular restaurant in the city just last May – indicating that he has not been physically “away”, and Orrison is stunned to discover that Mr. Trimble has, in fact, been drunk for over a decade.  It is certain that Fitzgerald’s own guilt and struggle with drink inspired this poignant and haunting story. 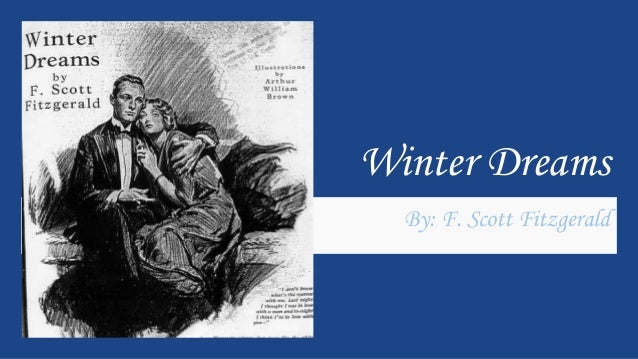 One of Fitzgerald’s very best short stories, “Winter Dreams” is considered a “Gatsby cluster story”, meaning that Fitzgerald takes the themes explored in the story and fleshes them out in The Great Gatsby.  As for this story, it follows a middle-class Dexter Green’s love for the unattainable Judy Jones, a rich girl with a knack for breaking hearts.  Fitzgerald certainly builds on his “rich girls” and “poor boys” theme, as well as creating an elusive and fascinating female character.  “Winter Dreams” was published in the Metropolitan Magazine in 1922 and was later published in the collection All The Sad Young Men in 1926.

Widely considered Fitzgerald’s very best short story, “Babylon Revisited” was published in the Saturday Evening Post in 1931.  Also extremely autobiographical, the story follows a recovering alcoholic’s journey to retrieve custody of his only child.  While Fitzgerald never had to fight for custody of his own daughter, his character Charlie Wales has to deal with his in-laws questioning his honor and credibility, much like Fitzgerald felt he had to do.  He actually wrote this story in direct response to a letter he received from his sister-in law that stated he was unfit to raise his daughter, Scottie.  The story is beautifully crafted and is well-loved by readers of Fitzgerald.