We’ve had sliced bread for quite a few years now so I guess the saying “it’s the best thing since sliced bread” has lost it’s impact because the new catchphrase for the ultimate comparison is that it’s “better than sex“.

Of course some people prefer food to sex so I guess sliced bread is better than sex in some cases… Confused yet? Keep reading! 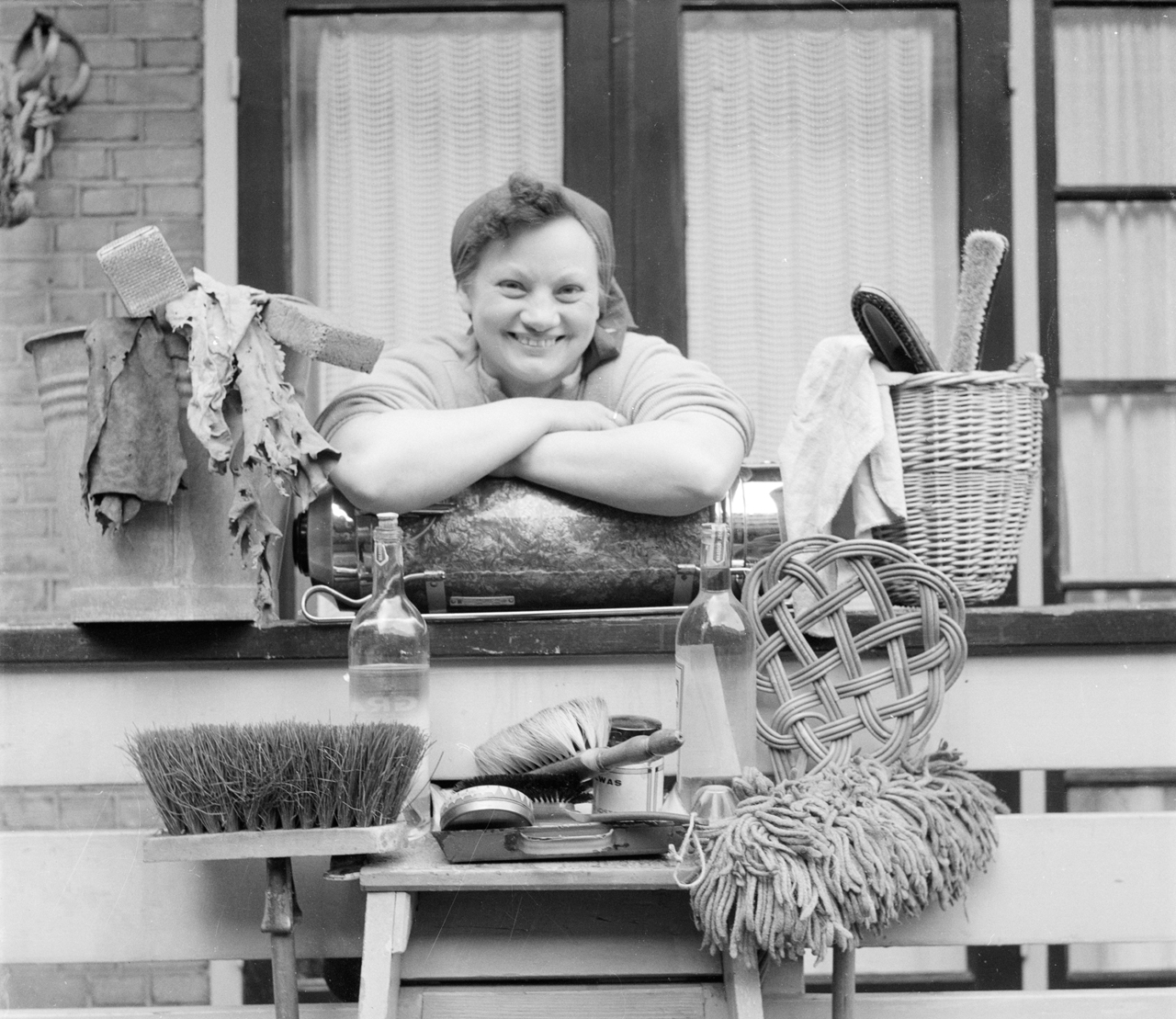 Over 30% of women surveyed claim that “cleaning gives them more satisfaction than sex”.

These are the results of a survey of two thousand women for the National Housework Survey of Great Britain 2006. Regarding this survey, the Independent Daily reported that “even in an age when women are making economic strides and excelling in the workplace, the one thing that gives the majority a sense of empowerment is a good go around the house with the vacuum cleaner — followed by some cleaning and dusting.”

These must be the same women who don’t find Mr. Muscle or the Brawny paper towel guy the least bit distracting. I mean who wouldn’t like a ‘good go around’ with one of these guys? Fans of the book or the movie Twilight know that you can’t have sex with your vampire boyfriend or he will probably kill you in a passionate fit. But you’re willing to make that sacrifice because you just love him so much.

He’s so wonderful that it’s all worth it – he’s extremely handsome, drives an expensive car, and he actually glitters in the sunlight. (Now what teen girl isn’t a sucker for glitter?)

Did I mention that he might sneak into your bedroom and stare at you all night while you are sleeping? Or that he’s condescending, emotionally distant, and rather sarcastic? Oh, and his body is ice cold, he’s murdered people in the past, and his friends and family instinctively want to drink your blood? According to a survey at AOLHealth.com, 26% of the moms who participated would rather “lose 10 pounds” than “have more sex”.  Even more of them (30%) would rather “make more money” (not surprising, since you don’t actually get paid anything to be a mom…).

Findings from a survey conducted by Marrakesh Records: “Music is hugely important… 60% of 16-24 year-olds would rather go without sex than music for a week. This increases to 70% for 16-19 year-olds.”

Okay, I now have this whole teen sex/abstinence thing figured out – the RIAA (Recording Industry Association of America) should only prosecute pregnant teens and their boyfriends for downloading music illegally, that should be more effective than Bristol Palin’s Abstinence Campaign! Once a few kids are prosecuted and word gets around, teen pregnancies will decrease (of course, music downloading may increase…) 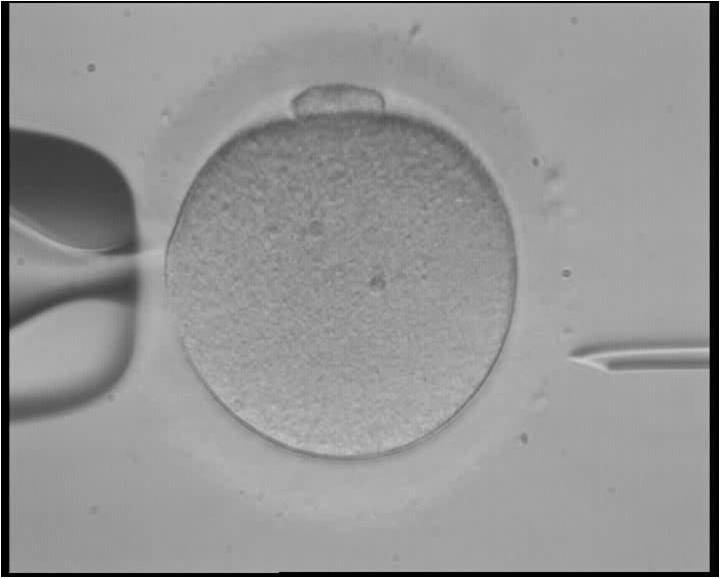 On the opposite side of the sex spectrum, I propose that IVF is better than sex if you’re trying to get pregnant…

Why take your chances with the genetic lottery system that is lovemaking when you can go embryo shopping with in vitro fertilization (IVF)? With IVF, you can get a Preimplantation Genetic Diagnosis (PGD) – described in an article written by William Saleton at Slate.com as  “a technique for weeding out flawed embryos”. At first PGD was used to identify (and reject) embryos that had fatal infant diseases. It was also only offered to high risk couples. But now, it’s being used to select an embryo based on a much wider scope of criteria (gender, non-fatal diseases and disorders). Just imagine what the possibilities are going to be like in the future (hair color, IQ, athlethicism, etc).

Now why would any practical (and wealthy) person choose to have a baby the old way- where you don’t know what you are going to get- when you can create your own custom kid? Think of the children! Is it fair to send your natural spawn to school with a bunch of genetic super kids? The term better than sex is described as “a euphoric experience, often food-related, quite similar to an orgasm. Usually used by women, as for most men there is nothing better than sex” (urbandictionary.com). Nothing except sports, that is –

Why sports are better than sex:
1.    People watch and cheer when you score.
2.    If you don’t like your team you can wait until your contract ends and then play with someone else.
3.    You can count on it all season.
4.    You can watch it going on in your local bar.
5.    It lasts over an hour and might even go into over time.
6.    You can have a coach on the sidelines while you are doing it.
7.    Action replays.
8.    Protective equipment can be washed and re-used.

Apparently a lot of people have spent a lot of time coming up with lists of reasons why various sports are better than sex. I guess if you’re not ‘getting any’ you have the spare time…

Why soccer is better than sex:
1.    You can be on top for 80 minutes and still come in second.
2.    You can score using your head or your feet.
3.    Size doesn’t matter. (jokewallpaper.com,  The O’Byrne Files http://homepage.eircom.net/~nobyrne/choc.html)

Why juggling (…juggling?) is better than sex:
1.    You can juggle your balls in front of your grandma.
2.    You don’t need a partner.
3.    There’s nothing wrong with having blue balls. (thespoof.com)

Of course if you are a professional juggler you might as well pretend you don’t like sex very much, because you probably have the opportunity… unless there’s a cute mime who has the hots for you, or perhaps a unicyclist – According to the Sleep Well website based out of Stanford University there are at least ten reasons why sleep is better than sex.

Among them: “sleep can last a good eight hours (or more)” and “while sleeping you can have sex with anyone you want”.

UK website The Independent reported that “almost 80 per cent of Britons prefer a good night’s sleep to sex”. This comes from a study conducted by the Edinburgh Sleep Centre where “79.2 per cent [of over 8,500 people] admitted they preferred the thought of extra sleep to sex.”

Of course, this could be one of those win-win situations: if you make sleep your priority at night that might give you more energy for all sorts of activity during the day (hint, hint)…

Food wins out over sex in so many ways. Most obviously, because you can order it in or enjoy it all by yourself without being judged…

I’ve also never heard anyone use the saying, “eat your brains out”… In fact, many foods are actually good for your brain. An article at cnn.com cites a study at Wheeling Jesuit University (West Virginia) that indicates that chocolate can improve “memory, attention span, reaction time, and problem-solving skills”.

Not convinced? Compare this to having sex “on the brain”, which has the exact opposite effect, causing: forgetfulness, distraction, and the inability to think clearly.

Chocolate is also an aphrodisiac, so if you choose chocolate over sex you may still end up with both… A survey conducted by Dial-a-Phone, a cell phone retailer in the UK, reported that “24 percent of women, but zero percent of men, would rather give up sex than their mobile phone for a month” (itwire.com). This makes sense, since I’m sure at least 24 percent of women have realized that a cell phone is better than a man (or woman, if that’s your thing): According to Judy Mottl’s article The Internet: Better than Sex?, an Intel-sponsored survey found that “46 percent of women and 30 percent of men would rather abstain from sexual activity for two weeks than go without Internet access for the same time frame. The percentage spikes higher, to 49 percent, among women ages 18 to 34 years old and to a whopping 52 percent for 35 years old to 44 years old.” (wi-fiplanet.com)

Reasons given by the same article for why the Internet is so important:
1.    The ability to stay in touch with family and friends.
2.    More efficient shopping.
3.    A better grip on personal/financial activities thanks to online services.

I’m pretty sure that making any of the above claims about your sex life would just get you into trouble!

The Microwave -“A survey of 1000 Australian women found most women voted for the microwave as the most liberating invention of the past 30 years” says an article on Australian website news.com.au. This survey was sponsored by Lean Cuisine, the frozen meal company, so I find it a bit suspicious. The dishwasher came in second and the pill lower on the list. Australian microwaves must have different features than the ones around here. Or perhaps, if you stand in front of one long enough, you don’t need the pill?

Don’t agree anything is better than sex then be sure to read our interesting facts about nymphomaniacs.