Science has cataloged upwards of 100,000 separate arachnid species – a class of invertebrates identifiable by having eight legs. They include harvestmen, mites, ticks, scorpions, solifugae (or camel spiders) and, of course, spiders. There are some 43,000 different species of the latter.

Much as arachnophobia is widespread, the good news for humans is very few of these poison-injecting carnivores are dangerous since their venom normally targets much smaller prey. Nevertheless, many species of spiders – and their arachnid cousins – should be treated with the utmost caution. Otherwise known as Brazilian Wandering Spiders, Banana Spiders have attracted considerable column space in European newspapers for their habit of stowing away among bunches of bananas in their native South America and ending up on supermarket shelves thousands of kilometers away. Similar to the one you were planning on visiting later today.

Although they can lurk inside fruit, once exposed to your local grocery store’s strip lights, their camouflage is less than effective. You’ll notice they have a striking red body with characteristic white and yellow markings. Once disturbed, a bite will only irritate your skin, but it is their habit of suddenly making an unscheduled appearance among your shopping trolley that makes this species one to be afraid of. Very afraid.

These Australian arachnids have proved to have similar globetrotting habits, hitching rides in container ships to distant shores after spinning nests inside bunches of grapes. They are readily identifiable by the bold red emblem on their black abdomen, reminiscent of a heavy metal t-shirt.

Male redbacks will often play dead when disturbed, whereas the females are more likely to show a bit of attitude, especially when they have eggs to defend. Although they are small they can easily squirm inside shoes or other items of clothing and will definitely bite if they feel threatened. Their venom will instigate sweating, increased blood pressure and pulse rate, and swollen lymph nodes.

Although the last recorded fatality resulting from a redback bite was recorded in 1956, no one would want to enter the history books as being the first related incident of the 21st century. 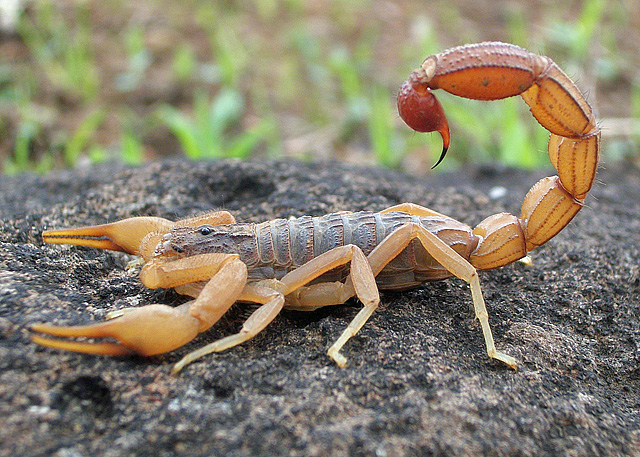 Confined to a small habitat in eastern India, Pakistan, Nepal and Sri Lanka, these scorpions are considered the world’s deadliest. Their tiny stature – between 4 and 6 centimeters in length – is deceptive in comparison to the potency of the venom contained in their stinging tails. Typically, being stung will lead to nausea and cardiovascular issues. Depending on the amount of poison dispatched to the victim’s bloodstream, fluid can build in the lungs, a condition known as pulmonary edema that can be fatal. 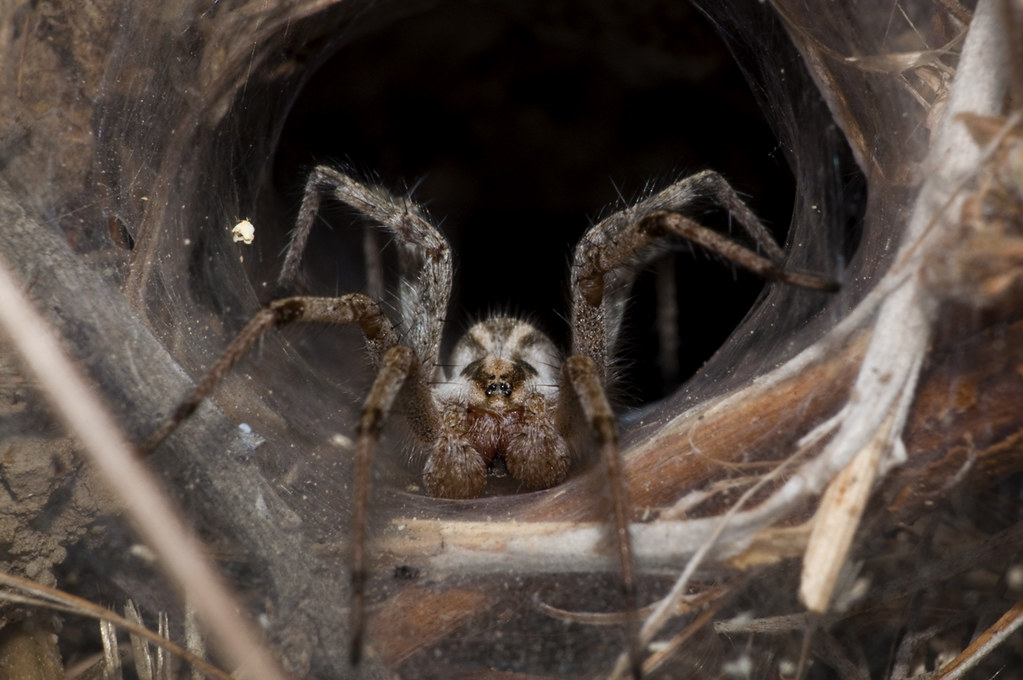 The bite from these viscous beasts is deadly enough to kill a human in quarter of an hour. There are actually 35 separate species of these Antipodean arachnids, and the bad news is that they are more than happy to squat among human habitats, with suburbia being an environment they are especially comfortable with. They can grow to be quite large – up to 10 centimeters when presenting themselves to perceived threats with their legs and fangs stretched out intimidatingly.

Passers-by are most likely to come in contact with the males, who cruise around back gardens searching from mates after the sun has gone down. The larger females lurk inside burrows, spun with webs that give them their descriptive funnel title, waiting to pounce on hapless insects stumbling into her all she can eat buffet.

If a human is bitten, the results can be heightened blood pressure and breathing difficulties. Medical attention must be sought immediately.

Native to North Africa and the Middle East, the name is a giveaway as to why these arachnids should be avoided like the plague. In the wild they thrive in diverse habitats, from arid to semi-arid zones, and can cope with extreme temperatures. It is certainly not advisable to think about keeping a pet deathstalker scorpion since once of their trademark behaviors is sheer aggression. Confining them in a small cage will only antagonize them further, which is definitely not a good idea.

When someone is stung by one of these creatures they will experience a rising heart rate and soaring blood pressure. This can lead to convulsions and eventually a coma. Children or adults suffering from an underlying health condition are particularly prone to extreme reactions. 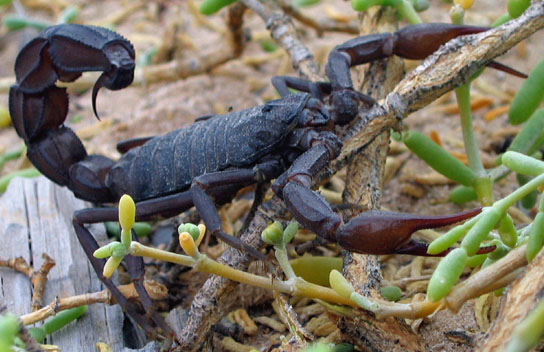 Between 8 to 10 centimeters in length, these scorpions are native to North Africa, Turkey and the Middle East. Their bodies and legs are covered in sensitive bristles that guide them across the terrain and, of course, inform them about the proximity of prey. Mostly hunting at night, they will tackle everything from insects to spiders.

They shelter from excessive sunlight during the daylights hours, under rocks or inside burrows, emerging at dusk to forage. Unfortunately they also favor skulking between the cracks in walls, or even inside homes where the shade is much cooler.

Their venom is a potent neurotoxin that attacks the nervous system of birds and mammals, including humans. 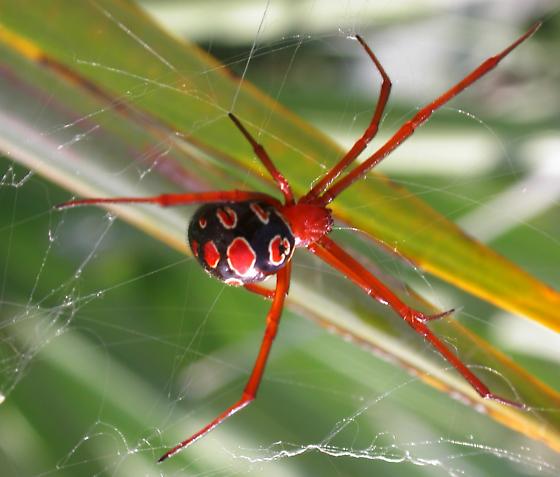 Less well known than its relative the Black Widow, these small spiders are even more poisonous. Local to the southeastern states of the USA, they relish sandy habitats where they launch ambush attacks on flying insects.

Anyone who has been bitten by a Red Widow describes a clear fluid oozing from the skin pores surrounding the point of impact. Even after specialist treatment, the victim can experience muscle spasms that persist for several minutes, months after the original incident.

There is a YouTube video portraying an Australian investigating a spider egg sack inside his garage. It erupts, sending hundreds of tiny Huntsman spiders scurrying all over the walls and up to the ceiling. But when his camera pans further up towards the eaves you are confronted with the mother, her eight legs spread-eagled 30 centimeters like the larvae in the Alien films, and around the same size as those so-called ‘face huggers.’ In your garage, no one can hear you scream.

This species don’t bother with wasting time weaving intricate webs to ensnare their prey. They rely on intimidation and brute force, chasing their victims down with stealth and speed, using the backyards of Melbourne as their own Serengeti Plains. Once they’ve caught up with dinner, they sink their large fangs in to cause paralysis, then begin the process of sucking out the life fluids, often while the hapless insect’s legs are still kicking. One disturbing aspect of these large predators is that they are more than game to tackle vertebrates. Footage has emerged of Huntsman Spiders tucking into lizards, rodents and small birds.

That Alien analogy isn’t entirely fanciful – when a Huntsman bites a reflex is triggered that will impel the spider to cling tightly. People who feel one crawling down their body make the mistake of trying to shake it off, which only provokes this ‘Huntsman grip’, more often than not followed by some fang action. A Huntsman bite won’t be fatal but it will induce some pretty unpleasant side effects: headaches, vomiting, an irregular heartbeat and palpitations.

These spiders are native to the Southern Hemisphere. If they do appear in Europe, again it’s due to a bit of hitchhiking among fruit imports. Because they live so close to human population centers down under, you’ll uncover a wealth of Huntsman anecdotes while getting to know Aussies on any dating site. That arachnid auditioning for Alien is the tip of an iceberg!

Translating as  ‘flee from the sun’ the scientific label for these arachnids is solifuges. Attaining 15 centimeters in length, they look ferocious and have frequently been brought into the spotlight by the military. During both Gulf Wars there were urban myths about these creatures being deadly as poisonous spiders and even faster. This is only a half-truth: they can move, reaching speeds of up to 16 kilometers per hour, but they don’t possess the venom sacks of scorpions or spiders.

They can inflict an unpleasant bite when disturbed. During World War II British troops stationed in Libya used to capture solifuges and set up miniature gladiator contests, pitting them against scorpions. Speed and powerful jaws versus claws and a deadly tail. These tiny arachnids are among nature’s vampires, and the infections they can spread with their bites often prove to be debilitating. Dog walkers and ramblers are particularly exposed to these blood-sucking creatures, with zoologists estimating the tick population of heath or woodland can average 100 lurking in every square meter. The growing numbers of wild deer roaming in these areas has been cited as another reason for the increase in numbers.

Although most bites won’t carry any disease, those that do can be extremely nasty. Infected ticks will spread bacteria, in some cases leading to Lyme disease. Identifiable by a rash resembling a bulls-eye, the symptoms are flu-like, with the victims succumbing to extreme fatigue. Months later, these can lead to joint pain, neurological problems, and in a few cases, death.