Recycling industry is raising a stink and toilets seem to have become its new research lab. Researchers have taken recycling to extremes with body discharges as their new target of attention. With an annual per capita production 130 gallons of urine and 13 gallons of feces, scientists sure have an endless supply of human waste. Animal waste, too, has brought good cheer. From beauty products to papers, here is what extreme recyclers are creating by going down the drain.

Tree huggers, rejoice! Forests have found new saviors in its jumbo denizens. Trees can now breathe easy because elephants have stepped and pooped to cater for our paper-hungry world. India, Thailand and Sri Lanka are some countries where elephant poop factories have been set up to make paper. The dung is first dried and cleaned to obtain fiber which is boiled to make it soften it. The fiber goes through a pulp beater before it is set to dry out as paper. This might surprise women who think that males of their species are good-for-nothing. Some skin care companies are now offering products that give your skin the goodness of semen. According to them, semen is a rich source of spermine, an anti-oxidant that has anti-ageing properties. A Norwegian company called Skinscience markets an entire range of spermine serums and creams. The story does not end with spermine. A company called Cmen Beauty Now markets “Cmen” packs that contain pure, unadulterated and washed semen to be applied on face for glowing skin.

Some of us believe what goes around comes around but we never thought it could be applied to excreta, too. In many parts of the world, human waste is being used to obtain gas to cook meals. Biogas convertors are used by rural areas in some developing countries like India and Indonesia to turn methane present in human and animal waste into clean cooking energy source. Taking a cue from the success of the experiment, Hamburg is all set to employ vacuum biogas toilets that suck human waste before recycling it into biogas. After umbilical cord, researchers are now harvesting baby foreskin for medical purposes. Intercytex, a British biomedical firm, has developed a treatment called Vavelta that works on ageing and scarred skin. Mothers of circumcised babies donate foreskin that forms the basic raw material of the product. The Vavelta gives the lower skin layers a boost of new skin cells called fibroblasts. The treatment, priced at around $850, is awaiting a nod from FDA before its laps up the huge anti-ageing consumer market. Flush toilet is a wonderful modern invention that sucks away something we don’t want to see when we are done with it. But somebody in India is trying to hurl the poo back at us; the only saving grace being that it has been processed so that we do not recognized the raw material at all. Sulabh International, sanitation specialists, in collaboration with Mexican designers have come up with doors made from human excreta collected from India’s Sulabh (public) toilets. The excreta is collected and left to mature for three years. A plastic resin is later added to form solid slabs which are used to build doors. Pizza can officially be called junk food. Every time we bite into our favorite pizza, we could be digging our teeth into dead human tissues called hair. L-cysteine is a dough conditioner commonly used by bakeries for the making dough and is often made from human hair collected from beauty salons. Most of the international food chains have started using L-cysteine derived from non-human sources but our good old neighborhood bakeries still continue using the conventional product. 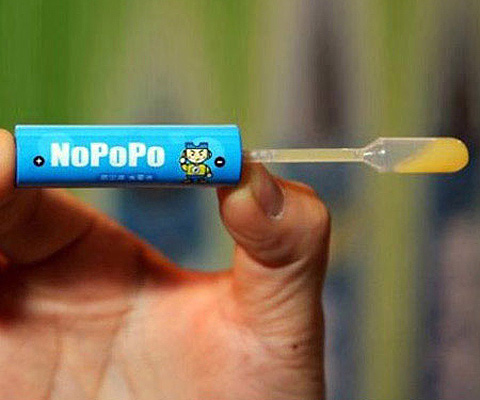 Charging batteries has becomes as easy as taking a leak. A Japanese company has come up with aqua powered batteries called NoPoPo (No Pollution Power). These batteries do not need any electric plug points when they conk off because any liquid can charge them up. Made from a combination of magnesium and carbon, all that NoPoPo batteries require for charging is a shot of your choice of fluid. Water, beer, cola, soda, juices, saliva and urine; this battery does not differentiate between the liquids when it needs to renew itself. Here is another pee story that is hard to believe. Human urine contains an enzyme called urokinase that has blood clot-dissolving properties. But that doesn’t mean you piss over a person under heart attack instead of providing CPR. UrPort-A-John has special toilets with an attached urkinoase filter that can process about 14 million gallons of urine into four-and-a-half pounds of urikonase. Doors are not the only things you can churn out from human waste. Some companies are making bricks from sewage sludge, too. A French company manufactures Ecobrique that uses sewage sludge to create ceramic building material. The sludge is partially dried and mixed with clay to create bricks or lightweight concrete. They are then fired at kilns to make them hardy and lightweight like conventional building materials. 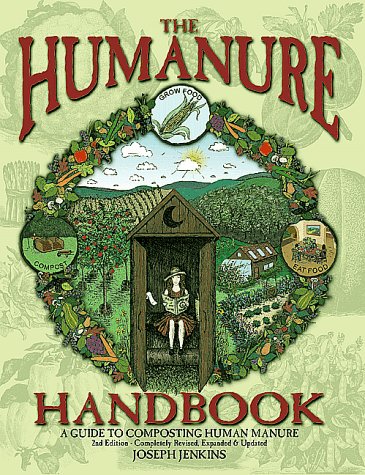 Scientists have discovered that a human poop is the only true man-made fertilizer. Sewage, animal dung, etc have been some common traditional sources for natural fertilizers. Humanure is being touted as the next big thing in human waste recycling systems. The process involves a composting toilet that also does away with the need of water-gulping flush systems. In some of the rural areas of Zimbabwe, residents use a special kind of toilet called fossa alterna.

This toilet has two 3-meter-deep-pit latrines dug into the ground. After one of them gets filled, it is sealed and the second one is put into use. When pathogens in the first pit die, it is opened and the manure is retrieved and used on agricultural lands.