Terraforming is the process of modifying things like atmosphere, ecology, even surface topography of another world to make it hospital for life as we know it. Think of it like buying a run-down house with no insulation and holes in the floors then fixing it up so you can live in it. Except, you know, on a completely different planet.

Science fiction has played with the idea of terraforming for years. But there’s as much science as there is fiction involved, and people have been devising ways to make it a reality.

10. We Have Already Terraformed Earth If you take terraforming by its definition of altering ecology, atmosphere and landscape, then the best proof we have it will work is that it already has worked. Even though the Earth started out being hospitable to life and that’s how we evolved, we have still terraformed the planet in some very dramatic ways.

The very landscape itself has been altered constantly throughout history by mankind. There are islands that exist today only because we built them in the oceans. We level mountains and hills or build other ones as we have seen fit. You can see the network of roads and cities from outer space. Dams create lakes and redirect rivers. It happens everywhere

The climate of our world has changed dramatically due to human influence, there’s enough evidence available to show how pollution has contributed to that. People still want to debate whether climate change is real, but there’s an abundance of evidence to indicate that it is, and mankind has exacerbated its effects. Not to mention that hole we burned in the ozone layer a few years back.

So if the idea of terraforming seems too sci-fi, just remember that we have already done it without even planning to do it here. If we put the effort in, it has to be easier on another planet, right?

9. It Would Take Millions of Years With Today’s Technology The exact method by which we could terraform Mars is not as simple as having Matt Damon plant some potatoes and then hope for the best. The popular theory is that we just melt Martian ice and release CO2 gas, then sit back and watch as it turns sub tropical.

According to NASA, while that sounds good on paper, the practical application has some hiccups. For instance, Mars does not have enough trapped CO2 to do that. The atmosphere on Mars right now is too thin to do anything with. Even releasing water would be pointless because it would freeze or evaporate. The atmosphere needs density. Martian atmospheric pressure is currently less than 1 percent of what we have on Earth. Pressure like that on Earth needs to exist for liquid water to be present, and that can’t be done with the gases that are present on Mars already. We’d need to set up some Industrial Revolution style factories belching pollution into the air if we want to get it up to snuff. Failing that, we need to dig very deep into the Martian surface to find the elements we need.

At our current level of technology, NASA determined that making Mars hospitable and Earth-like would take around 10 million years.

Terraforming sounds like a monumental task. And that means a monumental price tag. Some estimates suggest about a century of work with a cost of $2 to $3 trillion. If a plan were enacted to terraform Mars and $3 trillion were allocated to it, that plan would become equivalent to the th largest nation on Earth by GDP. Not a lot of people have $3 trillion sitting around.

Despite the hefty price tag, it may also be a more financially sound option than trying to fix the problems on Earth. The global investment in fighting climate change between 2015 and 2035 is estimated to be somewhere in the neighborhood of $40 trillion. That $3 trillion is looking like a mighty fine option now.

Even though initial terraforming could take 100 years, and actually getting Mars to a liveable state could be another 300 to 600 years, it might take Earth a full century to recover from climate change, if we actually manage to do it.

7. The Moon Probably Can’t Be Terraformed

Some people might think Mars is too lofty a goal for our terraforming project, at least to start. Why not aim closer to home and terraform the moon? It’s nearby, we already know the neighborhood, and it’ll cost far less time, money, and effort.

The problem with the moon is that it’s very small, has no magnetic field, and no atmosphere. If you consider terraforming like painting and the planet the canvas on which you do it, the moon is like toilet paper. There’s not enough substance on which to build anything.

It has been theorized that you could build the moon up enough to develop an atmosphere. You might have to crash a few dozen comets into it to make it work. That could release the necessary games and also bulk up the mass of the moon. But the atmosphere would not last, either. It might remain for the length of a human lifespan or two, but would slowly be stripped away, making it a process that would have to be repeated.

6. There are Several Terraforming Candidates in Our Solar System Usually when we think of terraforming, the moon and Mars are the only things that come to mind. The moon is close and Mars is about as Earth-like as the solar system is going to offer. Scientists have set their sights a little wider however and come up with a handful of potential candidates all in our little corner of the galaxy.

Mars is of course everyone’s number one choice, but Venus is an option as well. At first it seems like a terrible choice. It’s over 800 degrees F, and the atmosphere is 90 times as dense as that on Earth.

The planet does have a lot of magnesium and calcium, which could store CO2 if we exposed it during a terraforming project, however. Add in some extra elements and the atmosphere could be toned down to liveable conditions.

Jupiter’s moon Callisto has been optioned as a place to terraform as well. The icy surface would need to be heated, but then Jupiter’s radiation could finish the job of making the atmosphere livable. Throw in some bacteria and you have a world fit for human life.

Titan has also presented itself as a choice moon for terraforming. It would be a job and a half but the abundance of resources on the moon leave the Earth in its dust. It’s estimated hydrocarbon reserves on Titan are hundreds of times greater than those on Earth.

5. Asteroids May Get the Job Done It’s one thing to know you want to terraform a world, but knowing how to do it is another. If the end result is to totally change the environment of a planet, there have to be some shortcuts. And there is one very big one that has already changed the Earth more than once in the past – asteroids.

A big enough asteroid strike can drastically alter the course of an entire planet. Remember, this  is what most scientists believed ended the reign of the dinosaurs. But if we were to hit a planet like Mars with an asteroid that we redirected through space, it could introduce beneficial elements as well as alter the climate and release elements trapped deep in the Martian surface.

One plan proposed to use satellites to fly an asteroid into the planet. It would not terraform the whole world, but could produce a liveable zone. The impact would create a surface water lake and heated rock to create an environment suitable for human life potentially for thousands of years.

4. Giant Space Mirrors Have Been Proposed The idea of small scale terraforming has become more popular over time; the idea that we can terraform just the space we need for now. Maintaining it presents new challenges but potentially easier solutions as well.

One proposed idea for terraforming a portion of Mars involves the use of massive, orbital or sub-orbital mirrors. These mirrors could be affixed on balloons and direct beams of concentrated sunlight to the surface. That would increase temperatures and also provide solar power for colonists below.

An array of 300 reflective balloons could focus on a 1km patch of Martian land, raising the temperature to around 20 C. Scientists could easily work in those conditions and any ice would be turned into water. Earth’s terraforming is the result of years of industry. We level forests, mine mountains, and build factories. As much as a detriment those factories were to our environment, they taught us a lot about how certain chemicals affect an atmosphere.

Knowing what we know about the operation of factories, we can apply that knowledge to terraforming. Martian colonists could set up factories to process elements and resources needed to actually build an infrastructure, while at the same time benefiting from the waste materials of processing those resources.

Greenhouse gases will be needed in abundance to adapt the Martian atmosphere, so it would take a similar endeavor to the one that took place on Earth to make it work. Along with CO2, CFCs and other things we have basically outlawed on Earth would need to be pumped into air. Then all you need to worry about is the ethical considerations of changing a whole planet to suit your needs.

2. Bioengineered Bacteria Is Another Option 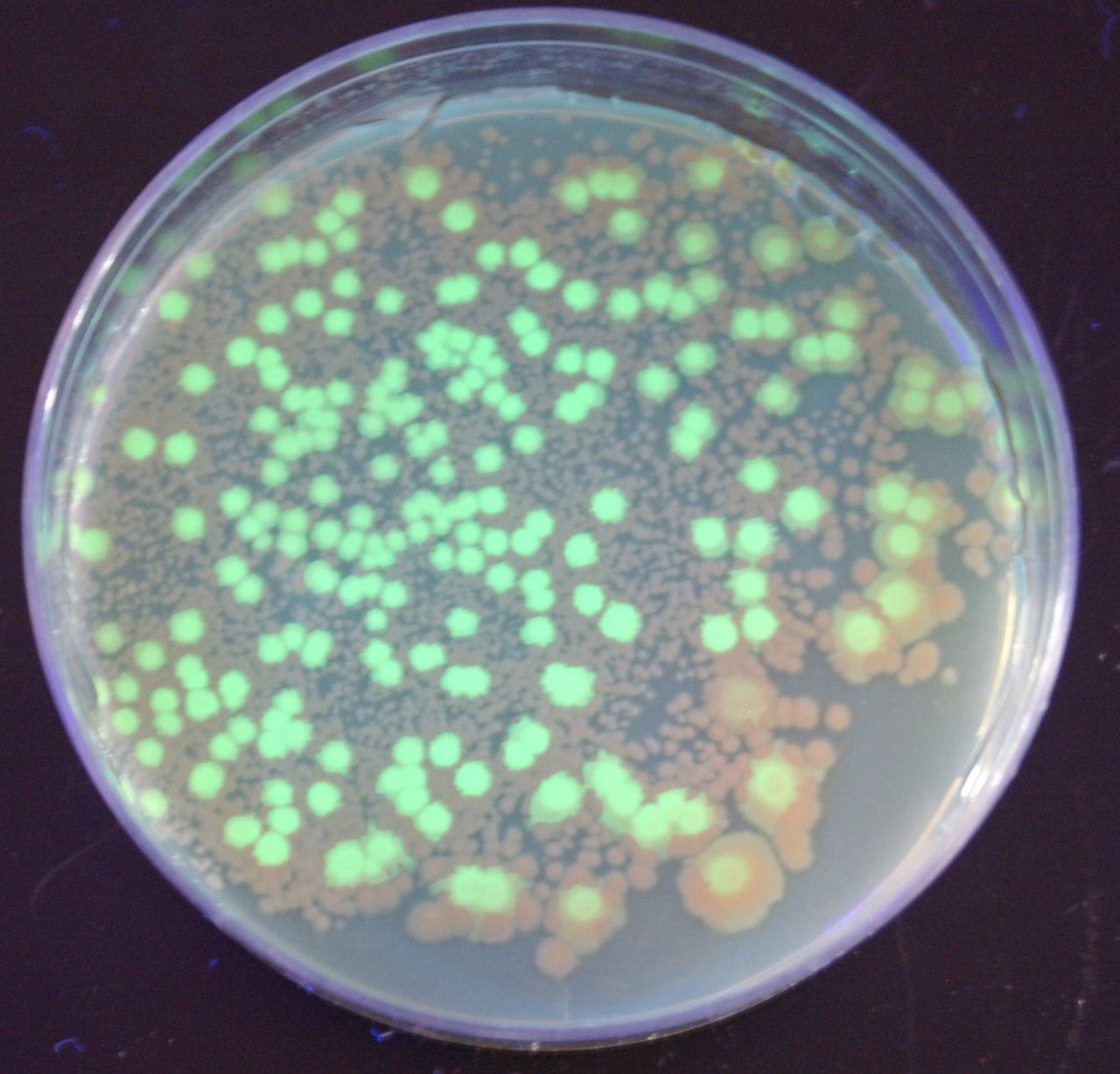 DARPA, the organization best known for developing America’s most effective and sometimes bizarre weapons, isn’t just looking at guns and tanks. The Defense Advanced Research Projects Agency is also playing around with synthetic life and bioengineering. And they feel like they have a chance at developing bioengineered bacteria that could terraform Mars into an Earth-like world.

Using some technology that would fit into the plot of a horror movie, DARPA wants to pick and choose the genetic traits from any organism on Earth that they feel are best suited to their goal. They then combine those genes in a bacteria that can be let loose on the Martian surface towards the goal of bringing life to an otherwise dead landscape.

The same technology could be used on Earth to repair environmental damage caused by pollution, and even brings deserts to life as well. Although our solar system offers a few candidates for terraforming, that is far from the be all and end all of terraforming. The universe is vast, after all. Some estimates guess as many as six billion Earth-like planets just in our galaxy. In the whole universe, that could be upwards of 19 sextillion. That’s 19 with 21 zeros after it, a number of preposterously big it may as well be a zillion.

Of all of those basically endless planets, we have only identified just over 4,000. Exoplanets, as they are called, exist anywhere outside our solar system. Around 58 of them currently sit on the list of potentially habitable planets. That means they are relatively the right size and right distance from a sun. It’s possible every single one of them would be a galactic hellscape never suitable for life, but for now they look like possibilities.