Every organism in the world has a common name and a scientific name. You have a cat, and it is also known as felis catus. Outside you might see a raven, while a scientist could classify it as corvus corax. While these names are fairly mundane and very scientific sounding, that’s not always the case. Not every name is a truly Latin or Greek description of the organism that it’s applied to. In fact, the biologist or scientist to discover an organism often gets to apply any name they would like to the creature. Many have been named in honor of celebrities, such as Scaptia beyonceae, a fly named for Beyonce. But not every name is so polite. Sometimes spite gets into the mix.

10. Linnaeus Laid Out the Stinkweed 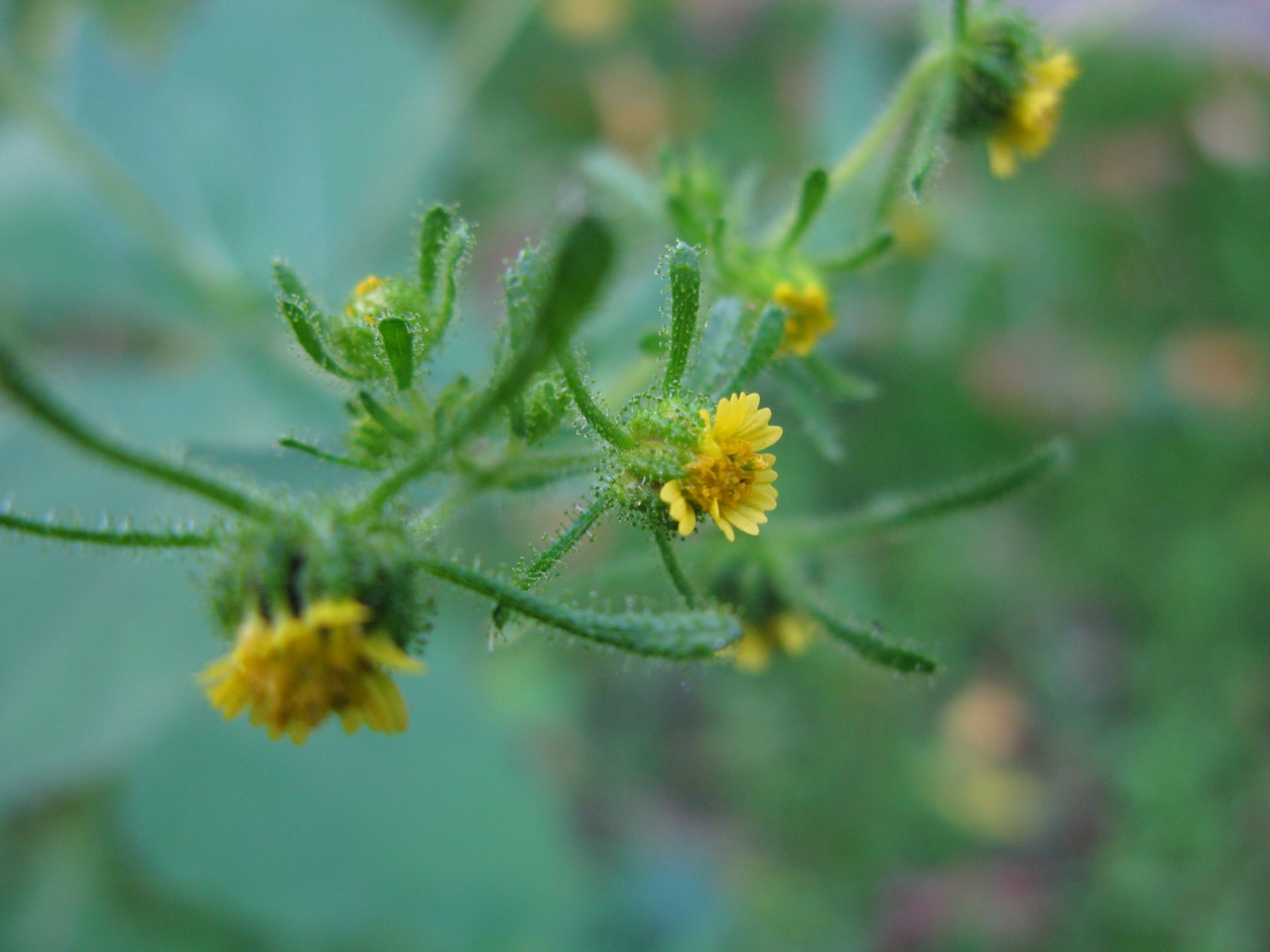 Modern taxonomy was basically created by Carl Linnaeus. The Swedish botanist and zoologist came up with the two name Latinate system that we’re familiar with today. And despite being a scholarly individual who left a lasting legacy on the field of biology, he was not above petty grievances. For evidence of that one need look no further than Siegesbeckia.

This weed, a member of the stinkweed family, and described as small and useless, was named in honor of Johan Siegesbeck. He and Linnaeus had been rivals of sorts, with Siegesbeck frequently criticizing Linnaeus’ work.

The current rules of scientific naming state that you can’t give a name to an organism you discover if it’s meant to be harmful or insulting to someone else. But since Linnaeus was actually the guy who came up with the system of naming, this rule clearly was not in place at the time. Also, not everyone really adheres to those rules anyway (as we’ll soon discover). After all, if the father of the entire method wouldn’t do it, why should anyone else?

In 2018 a group called the Rainforest Trust, concerned with the preservation of the South American rainforest, held an auction for the rights to name a new species of amphibian discovered in Panama. The creature is a worm-like amphibian that is nearly blind. A group called EnviroBuild paid $25,000 to win the auction and decided to name the creature Dermophis donaldtrumpi.

The headline for EnviroBuild’s own press release says that they named the creature to honor Donald Trump’s commitment to environmental issues. If you stopped reading right there, it sounds like a compliment.

They go on to claim that the species is nearly blind and only capable of seeing in black and white. Then the point is immediately made that Donald Trump thinks climate change is a Chinese hoax. At this point it becomes clear that this was a spiteful naming, likening Donald Trump to a cold-blooded worm creature in a variety of ways. Their press release takes digs at his family, his policies, and more.

The name has not been officially recognized yet, but it’s also been the only name the creature has had for two years and it’s widespread through the media as well, so if anyone ever looks it up, Trump will likely be eternally tied to it.

You won’t hear the name dinohyus hollandi often these days, even in circles of people who use Latinate names to describe animals. The creature it refers to, more commonly called a Daeodon, is a sort of prehistoric pig. The name it has applied to it these days is Daeodon shoshonensis, when it was determined that dinohyus hollandi and several other variants all referred to the same species. So dinohyus hollandi  was retired. But its origin is still significant.

The Holland part of the name refers to WJ Holland, the director of the museum that OA Peterson, the man who named the Deaodon, worked for. The naming was not to praise his boss so much as to point out the man’s piggish arrogance. Holland had a habit of having his name included, first on the list no less, on every paper regardless of whether or not he even did any of the research. The literal translation of the name is “Holland’s terrible hog.”

How does one tiny wasp get wrapped up in a $4.8 million lawsuit and a dispute over access to scientific research papers? It’s easier than you might think.

Sci-Hub was a Russian website that published scientific research papers. The problem was it didn’t have permission to publish them. Millions of papers were available on the site, violating US copyright law and arguably depriving a number of scientists and researchers of income that they relied on. As much as we enjoy the hard work of science in our society, we don’t often pay scientists the big bucks to do their work. So this was problematic.

A judge ordered the site shut down in 2015, but they had simply switched servers and found other ways to skirt the law. In 2017, the American Chemical Society filed the $4.8 million lawsuit against them. They’d already had a $15 million loss earlier in the month from a different court.

Alexandra Elbakyan was the person who ran the site out of Russia, and amidst all these other disputes was actually blocked access to her own country thanks to the efforts of a man named Andrey I. Khalaim. Khalaim published a paper in which he named a parasitic wasp species after Elbakyan, in honor of her contributions to science.

Elbakyan’s anger cut Russia off from her already illegal site, but Khaiam pleaded ignorance, saying he sincerely meant it as a compliment. Given the nature of the allegations against her and the kind of wasp it was, that seems unlikely. Donald Trump has proven to be popular with biologists, as witnessed by the Neopalpa donaldtrumpi moth. The little creature was discovered in 2017 and has a shock of golden hair atop its head, which is claimed to be the source of its name.

Dr. Vazrick Navari named the moth in honor of Trump to bring attention to conservation. The press garnered from using the president’s name surely drummed up a lot of attention, but there is another side to the naming here.

In the 19th century paleontology was about as hot as it had ever been, and the entire science was exciting and new and also very contentious. Rivalries formed between OC Marsh and Edward Cope, two prominent paleontologists of the time.

Marsh discovered a Mosasaur, one of the giant marine monsters most famous these days from its appearance in Jurassic World. He named the creature Mosasaurus copeanus. As scientific digs go it was one of the most childish, yet clever, in taxonomic history.

Copeanus sounds 100% scientific and normal. Break it down and you see the insult immediately. The first half is named for Edward Cope, while the second half is the word anus. Even though many creatures feature similar style names, that was clearly used as a way to disguise Marsh’s dig at his rival with a butt pun.

It’s been argued that this was meant as a friendly gesture, as Marsh and Cope had started their careers as friends. Cope had named one discovering sincerely in honor of Marsh before the Copeanus incident. However, it was also around this time that Marsh went behind Cope’s back to steal fossils from a site Cope had discovered. As Cope noted, this was when their friendship fell apart. After Marsh insulted Cope with his Mosasaurus name, Cope (pictured above) was not going to back down. Knowing he was not well liked in the field at all, he named his next discovery, a kind of hoofed animal, the Anisonchus cophater. The name here is a melding of “Cope” and “hater.” He apparently told his protege that there was no Greek derivative for that name, it was just a clear shot at all the haters who surrounded him. This is also noteworthy for being perhaps the first instance of someone calling out “haters.” It wouldn’t end there, though.

Cope had been suffering in the field not just at Marsh’s hands, but others as well. He had infamously found another species and assembled the fossil incorrectly, putting the head on the end of the tail. And it was Marsh who discovered the blunder, after it had already been published in the American Philosophical Society journal. The embarrassment must have been severe.

3. A Final Punch is Thrown They say all’s fair in love and war and that seems to apply to paleontology as well. The feud between Cope and Marsh (that’s him in the photo) expanded and drew in another scientist after Cope named cophater. This time it was nearly 100 years later, though.

Leigh Van Valen discovered another hoofed beast in 1978 and opted to give this created the name Oxyacodon marshater. If the scales were trying to be balanced, this pushed things back in Marsh’s favor, but since Marsh and Cope had both been dead since the 1800s, neither was able to appreciate it.

In fairness to the whole tale, Marsh did end up the most hated of the two men. After nearly destroying Cope’s career, he accused the man of misusing government funds to buy fossils. Cope, for his part, had paid his own money for his collection. But more importantly, he’d spent years digging up dirt on Marsh. He released it all to the press in a maelstrom scientific scandal that saw Marsh lose his job, his funding, and even his fossil collection which had, in part, been bought with government funds, as he’d accused Cope of doing.

2. The Good for Nothing Spider

Norman Platnick and Antonio Brescovit are credited with discovering the losdolobus spider in Argentina back in 1994. In their quest to discover the six-eyed little critter they enlisted the help of two locals named  Pablo Goloboff and Martín Ramírez. They asked the men to suggest a name and their suggestion was losdolobus. By one translation that means “the orsolobid of the two guys.” Said another way, “spider of the two guys.” But that’s not the only acceptable translation.

Using some local Argentine slang called “averse,” which uses anagrams, the name also translates to “los boludos,” which essentially means “the good-for-nothings” or “the morons.” Both translations are reasonable, though, including the legitimate one which describes it as a real kind of spider, so this one at least skirts under the radar as still being usable. 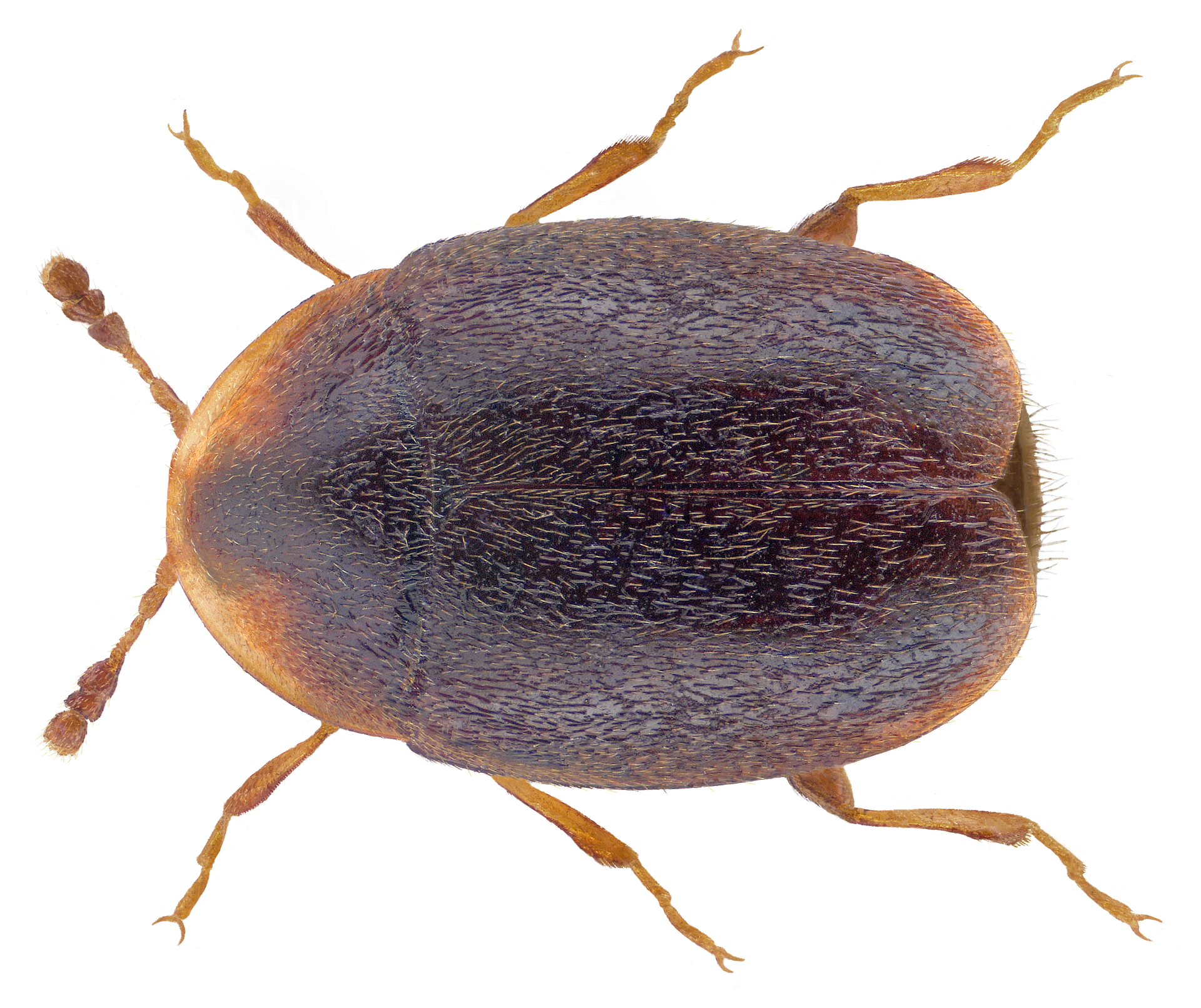 The tiny Corylophidae beetle looks a bit like a tick and there are 120 species of the little guys. In 1985, James Pakulak named the one he discovered the foadia pakulak after himself and… well, something else. The popular story among bug enthusiasts, if there is such a thing about how beetles are named, is that Pakulak specifically chose the acronym “foad” for the creature’s name.

If you’re not familiar, “foad” has been in the lexicon for years. Kid Rock even has a song called “FOAD.” It means “F*** Off and Die.” Why would Pakulak name a beetle in such a way? Well, admitting to it would likely cause some serious blowback so the man himself has never spilled the beans.