In 1758, Swedish naturalist Carl Linnaeus published the first comprehensive registry of all living things. This book named, described, and categorized thousands of organisms, and introduced the method of classification used for every new species discovered to this day. With this information, a biological revolution began, and by the early 1800’s, nearly every organism that is presently well-known had been described worldwide.

There were, however, a few stragglers – some incredible ones – that managed to avoid detection for a lot longer than you probably thought. 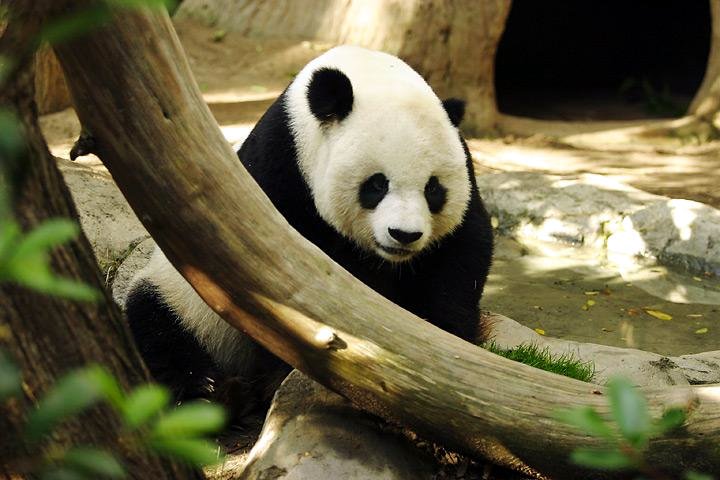 Although the panda has been known in Asia for thousands of years, the rest of the world was unaware of its existence. That is until French missionary and naturalist Armand David observed a skin, and later a complete specimen, while stationed in China in 1869. David sent the specimen to Alphonse Milne- Edwards, the director of the Natural History museum in Paris, who studied the strange mammal and published the findings the following year. He described it as being similar to a bear externally and a raccoon internally, and being that it couldn’t be properly placed in either category, was given its own genus, Ailuropoda. A Westerner didn’t get to see a live panda until 1916, 46 years after its discovery. 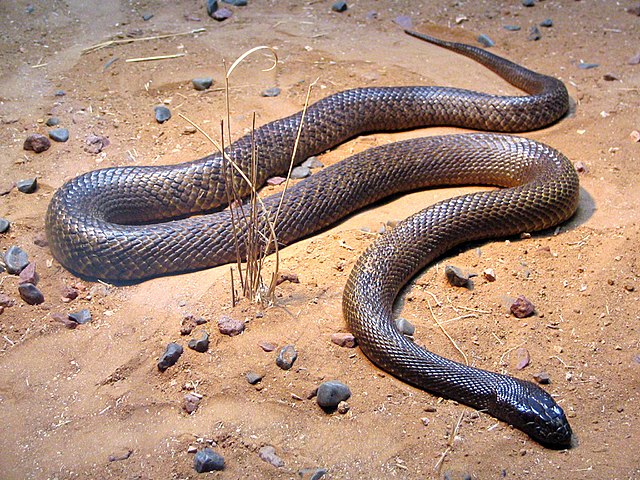 Undoubtedly the most venomous land snake on the planet, the inland taipan is capable of killing 100 adult men in 45 minutes with just one drop of venom. It was also one of the last major snake species to be documented by science. The snake was discovered in 1879 by paleontologist Frederick McCoy at the junction of the Murray and Darling rivers in Southeastern Australia. After McCoy named and classified the species, it seemingly vanished, and wasn’t observed again until 1967. This could probably be attributed to misidentification and the remoteness of its range, as the population is currently thriving and there’s no reason to think things were different in the past.

Reaching nine feet in length and weighing half a ton, this manatee managed to live undetected in the Amazon River through hundreds of years of European exploration. It wasn’t until 1883 that a description was published by Austrian naturalist Johann Natterer, who observed the animal during his 18-year stay in Brazil.

The Amazonian is the only species of manatee that lacks nails, as evident by its scientific name, T. inunguis, which literally translates to  “no nails.” It is also the only type of manatee that lives entirely in freshwater. 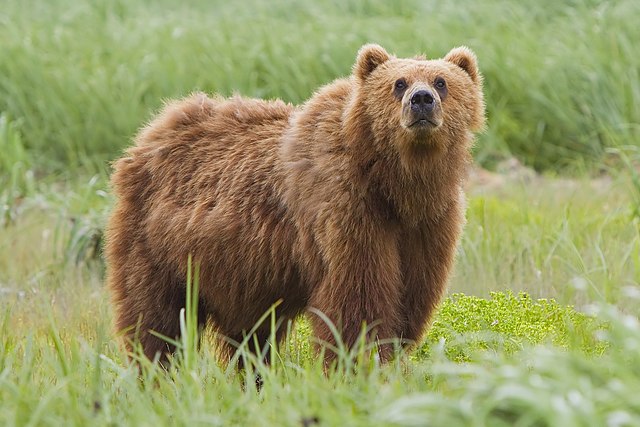 Zoologist C.H. Merriam heard stories of monstrous bears, larger than all others, living on a remote island in Alaska. Naturally, he had to investigate these claims, so he set off to explore the infamous Kodiak Island. He found the bears in 1896, declared that they were the largest known to science, and classified them as a distinct subspecies of brown bear. He named it Ursus middendorffi to honor the influential naturalist Alexander von Middendorff, who passed away two years prior.

Scientists have long been debating whether the Kodiak or Polar bear is the largest bear on Earth, and although Merriam leaned towards the brown guys, today they are in a dead heat, and probably will be until these bears stop mauling us long enough to let us weigh them. 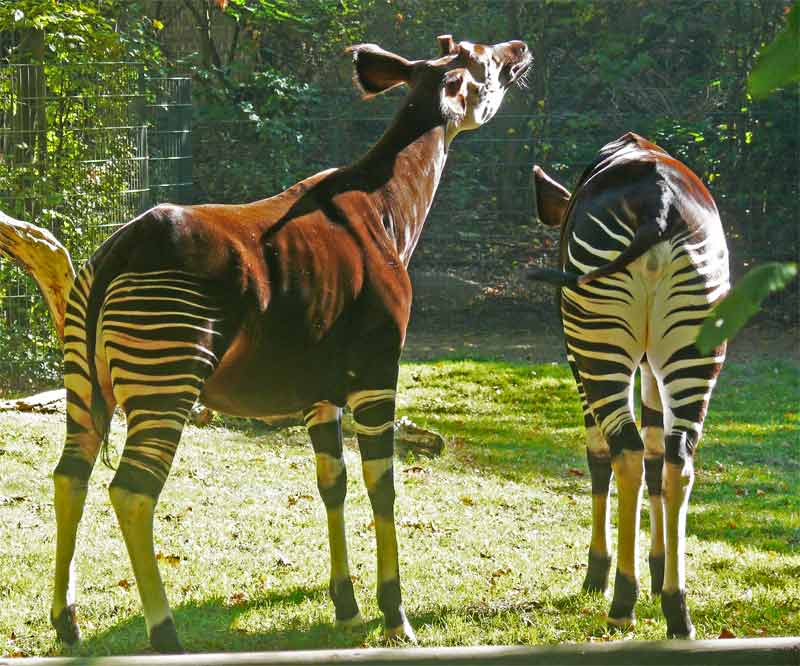 For as long as they had been in contact with Europeans, native Africans spoke of unicorns living in the dense forests of the Congo. It was generally dismissed as a myth until 1887, when renowned British explorer Henry Morton Stanley wrote about a strange donkey-like animal that the natives called “atti” during his travels in the area. This piqued the interest of Sir Harry Johnston, the British High Commissioner of Uganda, who ventured into the Congo looking for answers. While there, Johnston rescued a band of pygmies from the clutches of a German showman looking to display them at the Paris World’s Fair. The grateful pygmies knew of the beast he was searching for, and provided him with a rough description, hoof prints, and two pieces of skin that belonged to what they called an “okapi.” That led to the acquisition of a full skin and two skulls, and with this plethora of evidence, Okapia johnstonia was officially recognized as a new species in 1901.

The okapi is the only living relative of the giraffe. Its similar horns are believed to be the source of the unicorn mythos, as a view from the side can be very deceiving. 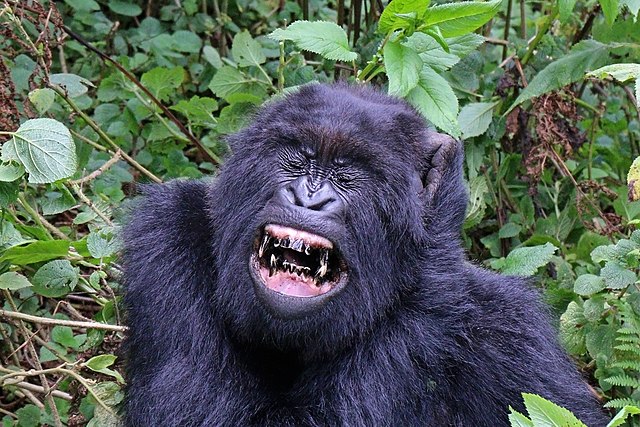 In October 1902, a party led by Captain Robert von Beringe attempted to climb Mout Sabyinyo in Rwanda, with the purpose of establishing German territory. It was on the mountain that they happened upon a tribe of large black apes, which they shot at, killing two. Only one of the creatures was retrieved, and it was soon apparent that it didn’t resemble any known gorilla or chimpanzee species in the world. They took the specimen to the Berlin Zoological Museum where Professor Paul Matschie confirmed that it was a new subspecies of gorilla, and named it Gorilla beringei after its discoverer.

The mountain gorilla can stand over six feet tall and weigh in excess of 500 pounds. Until the 20th century, it had been living in the cloud forests of East Africa in total secrecy. It’s unfortunate their secret was revealed, as just over a hundred years later, they are now teetering on the edge of extinction. 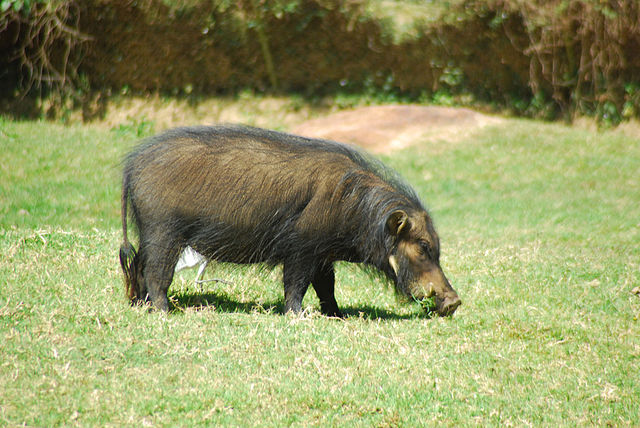 Giant pigs had been reported in Africa since the 1600’s, and many explorers, including the already noted Henry Morton Stanley, had tried and failed to capture the inexplicably elusive swine. In 1904, Lieutenant Richard Meinertzhagen, a British soldier and naturalist, discovered the body of a dead hog near Lake Victoria in Kenya. He sent the remains to the Natural History Museum in London, where zoologist Oldfield Thomas classified it as an entirely new species of pig. The giant forest hog is the largest species of wild pig, yet the last one to be discovered. 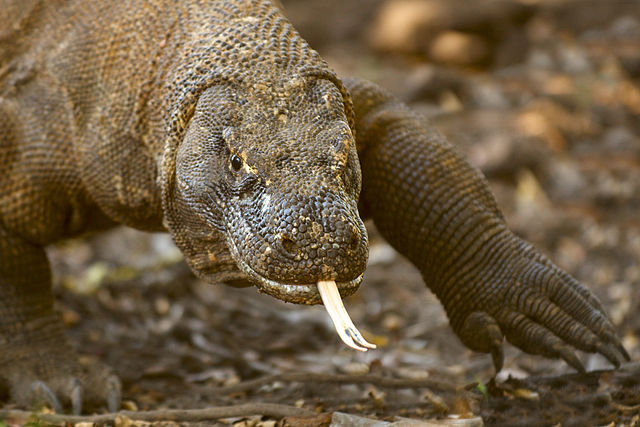 Lieutenant van Steyn van Hensbroek, a Dutch civil administrator on the island of Flores, Indonesia, was told by the locals that gigantic “land crocodiles” roamed the nearby island of Komodo. In 1910, he visited the fabled island and managed to kill a seven-foot creature that fit the locals’ descriptions. He sent the skin of the animal and a photograph to Peter Ouwens, director of the zoology museum in Bagor, Java. Ouwens was intrigued by the finds, and dispatched a collector to the island to bag a live specimen. The collector returned with four live dragons, and with this, Ouwens published the first formal description of the world’s largest lizard in 1912.

A notable expedition occurred in 1926, when a ship set off to Komodo Island from New York, with the purpose of bringing the first live Komodo dragon to the West. It proved to be success, as they returned home with two live specimens which were placed in the Bronx Zoo. This expedition inspired the 1933 movie King Kong.

The giant squid was long believed to be the world’s largest invertebrate, that is until the appropriately named colossal squid was discovered in 1925. The first colossal squid known to science was in the form of two tentacles found in the stomach of a sperm whale, and that was the only piece of evidence for decades. It wasn’t until 2003, nearly 80 years later, that a complete specimen was found. Four years after that, the first squid was found alive. The largest of the few specimens examined was 33 feet long and weighed 1,091 pounds, but based on the size of individually discovered body parts, scientists hypothesize that it could grow up to 30 percent larger. Sleep tight! 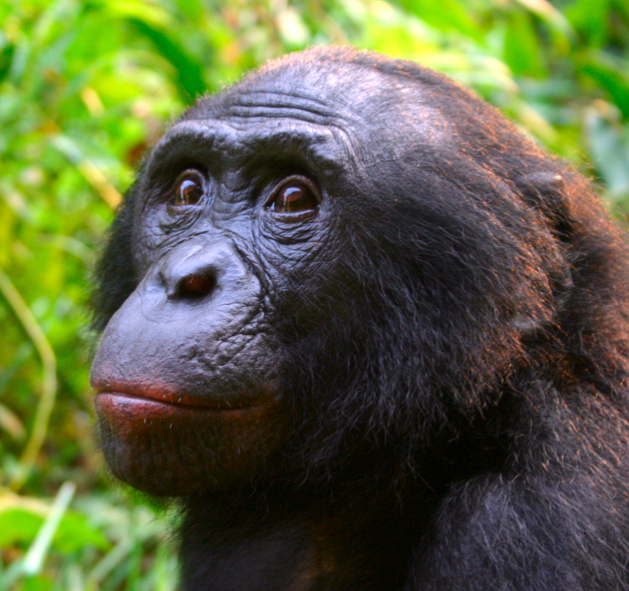 In a Berlin museum in 1928, German anatomist Ernst Schwarz was examining a skull thought to have belonged to a juvenile chimpanzee. He was puzzled to find that the joints between the bones weren’t separated, as they always are in babies to allow the brain to grow. Schwarz then came to the realization that he was holding the skull of an adult member of an ape species unknown to science. He published his findings in 1929 and, believing the animal to be a subspecies, named it the pygmy chimpanzee. A more detailed description of the ape was written in 1933 by American zoologist Harold Coolidge, which correctly stated that it is equal in size and a separate species from the chimp. In 1982, 20 years after Schwarz’s death, Coolidge claimed he was the one who discovered the skull, and after mistakenly telling others, Schwarz got wind and immediately published an article that named the new species. Nobody knows which story is true.

Today, this animal is known as the bonobo. It lives in the Congo and along with its cousin, are our closest living relatives. It is described as one of the most intelligent, peaceful and sexual animals on the planet. Maybe more significant than all this, the bonobo was one of the last large mammals to be known to science. For now, anyways.