Perhaps more than any other subject, war is considered to be one of the most universal affairs on earth. War seems to be something timeless, primordial and intrinsic to human nature. But is there such a thing as an honorable and glorious war? Most would agree that if there’s any kind of war that could be considered worth fighting or even die for, is the one for freedom, independence and liberation.

Obviously, the American Revolution is the most famous, but the US were far from the only country to fight for its freedom. Here are ten other wars for independence that are worth mentioning. Ranking is in chronological order, starting from the most recent war.

Eritrea is a country that has known very few years of peace over the past fifty years. The Eritrean War of Independence was a conflict fought between the Ethiopian government and Eritrean separatists, both before and during the Ethiopian Civil War. The war went on for 30 years until 1991 when the Eritrean People’s Liberation Front took control of the country.

In April 1993, in a referendum supported by Ethiopia, the Eritrean people voted almost unanimously in favor of independence. The independence, however, cost them a lot. During the war, more than 150,000 Eritreans died, and hundreds of thousands of Ethiopians too. This meant that virtually every family in Eritrea had lost someone to the war. The social damage was catastrophic as well; before the war, Eritrea had a well-developed system of roads and railroads, and the war basically destroyed all that. 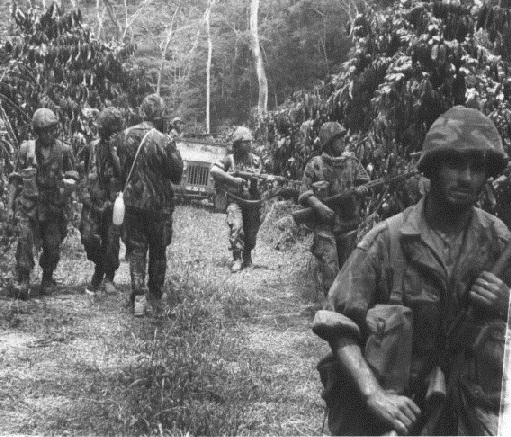 During the 15th century, Portuguese explorers navigated south along the uncharted coast of Africa. One of these explorers, Diogo Cao, discovered the mouth of the Congo River in 1483. Nearly 500 years later, in the 1950’s, as the wave of independence swept the African continent, Angolan nationalistic movements began to form.

Violence broke out on in early-1961 as the rebels rose up against the colonizers. The Portuguese military response was vicious; it’s estimated that about 40,000 Africans were killed in the first months. For 14 years Portugal pumped troops into Angola, but the rebels proved impossible to subdue. In the 1970’s Portugal remained firmly in power, but the long war had taken its toll on the economy and morale of the Portuguese people.

In 1974 the new leadership of Portugal promised independence for its five African colonies, including Angola. The date for independence was set for November 11, 1975, but in the meantime the three liberation armies turned on each other, fighting for control of the new country. Angola was embroiled in an open civil war before it even became a nation. 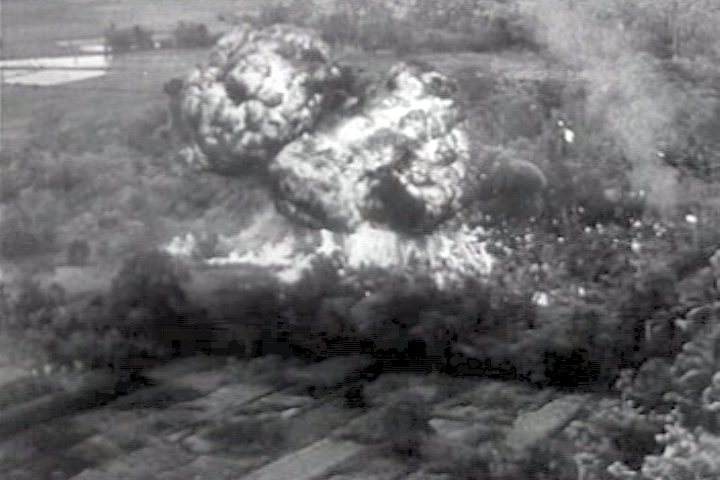 The First Indochina War began on December 19th, 1946 and ended almost 8 years later, in August of 1954. It was a major conflict in the Asian region known as Indochina, which was made up of the modern nations of Vietnam, Cambodia, and Laos. The war was fought by France, the long-time colonial ruler in the area, against the Vietnamese, Cambodian, and Laotian Communist rebel forces. The French army had overwhelming superiority in weapons and could take and hold any particular area it really wanted.

However, the French had to bring soldiers from a different continent, thousands of miles away, and it was not politically practical for France to send a large number of French soldiers to Vietnam. The Viet Minh, better able to recruit soldiers locally, had a considerable edge in manpower. The First Indochina War ended in French defeat following the surrender of the French army to the Viet Minh rebels, in the Battle of Dien Bien Phu.

Spain maintained control of the Philippine Islands for more than three centuries and a half, during which period the tyranny, misconduct and abuses of the Civil and Military Administration exhausted the patience of the natives and caused them to make a desperate effort to shake off the unbearable Spaniard rule. Filipino leader and national icon, José Rizal, was captured and executed by Spanish authorities. An insurrection smoldered in the Philippines prior to the Spanish-American War. When the United States and Spain went to war over Cuba, the Philippines joined the side of the US. In 1896, the armed struggle began in Manila and quickly spread throughout the country. Aguinaldo defeated Spanish forces in several battles and rose to become the leader of Katipunan. Aguinaldo had Bonifacio arrested and executed in 1897. On June 12, 1898, Aguinaldo declared the independence of the Philippine islands, and in January of 1899 he became the president.

In 1848 demands for further reform exploded in revolution in all over Hungary. It began when the French king was deposed. That triggered demonstrations and demands for reform throughout Europe. The Austrian Emperor seeing the revolution reaching the doors of Vienna gave in and agreed to 31 new laws, known as the April Laws. The new formed nation of Hungary had many problems to deal with and one of them was the extremely large groups of minorities living within the country (mostly Slovaks, Jews and Serbs), and demanded autonomy from the Magyars.

Meanwhile the Austrians regained control of other parts of their empire and they were determined to restore the old order in Hungary. In August of 1848 Austria declared the April laws null and void. In September, the Austrian army entered Hungary but was defeated. In April 1849 the Hungarians, led by Lajos Kossuth, declared the independence of Hungary from the Habsburg Monarchy.  The Austrians were forced to rely on the Russians for help. The Tsar sent an army and the Russians defeated the Hungarians at Temesvar on August 9, 1849. The Hungarian army surrendered on August 13, 1849 but almost two decades later, Austria and Hungary would become two separate states linked by a shared monarchy. Hungary slowly but surely had become an independent country.

Before the war, the whole island of Hispaniola had been under Haitian rule for 22 years when Haiti occupied the newly independent state of Haití Español in 1822. Juan Pablo Duarte was a young nationalist that inspired the Dominican War of Independence more than anybody else.  Duarte, along with Matías Ramón Mella and Francisco del Rosario Sánchez, founded a resistance movement in 1838 called La Trinitaria. It was named like this because its original nine members had organized themselves into cells of three. The cells went on to recruit as separate organizations, maintaining strict secrecy, with little or no direct contact among themselves, in order to minimize the possibility of detection by the Haitian authorities.

In 1843 the revolution made a breakthrough since they worked for the first time with a liberal Haitian party that overthrew President Jean Pierre Boyer. On February 27, 1844 – thereafter celebrated as Dominican Independence Day – the rebels seized the Ozama Fortress in the capital. The Haitian garrison, taken by surprise and apparently betrayed by at least one of its sentries, retired in disarray. Within two days, all Haitian officials had left Santo Domingo. Mella headed the provisional governing junta of the new free and independent Dominican Republic.

At the beginning of the 19th century, the Ottoman Empire extended far into Central Europe, occupying nearly all of the Balkan Peninsula. Three decades later it would lay fragmented, thanks to the efforts of Greek patriots who, after a bloody struggle, forced the Ottoman rulers to surrender and acknowledge Greece’s independence. The Greek war of independence consisted of many bloody battles and lasted over a decade, from 1821 to 1832. The Greek struggle rapidly became a point of reference in liberal and nationalist circles abroad, a model to be admired and imitated, an example to be emulated. It was quite like the French Revolution and the Napoleonic Wars that had spread the new ideas in Central Europe. The Greek War of Independence did trigger indeed a chain reaction of successive nationalist movements such as the Serbian, the Bulgarian, and later the Albanian.

After independence, Greece attempted to incorporate all areas inhabited by Greeks, but the definitive borders with the neighboring countries would only be stabilized in the mid 1920’s, almost a century after the revolution had started. The newly established Greek state would become a springboard for further expansion and over the course of a century, parts of Macedonia, Crete, Epirus, most Aegean Islands and other Greek-speaking territories would unite with the New Greek state.

Latin-American Wars for Independence took place during a really “angry” time for these former Spanish colonies. Mexico was the first to revolt and attempt to gain their independence, but the revolt was unsuccessful.

This victory set off a tide of victories for the cause of Latin American Independence, but the true “fire” of the revolution was not felt until Simon Bolivar began to conquer most of northern South America. He and his army won several decisive victories decimating the Spanish Army. In Mexico Agustin de Iturbide, took a command with intentions of beginning Mexican Independence. The rest of the Spanish dominance was finally removed with a decisive victory by Bolivar’s Armies, lead by General Sucre.

The Kingdoms of Denmark, Norway and Sweden were unite in a Dynastic Union which was known as the Union of Kalmar. The Union Kings resided in Copenhagen and was controlled by the Danes. The Swedes, however, in 1448 they would elect a king of their own, ignoring the Union Rule. In 1520 Union King Christian II, after a brutal display of his military force, gained the submission of Sweden’s most powerful grandees and granted them amnesty in return as he was crowned king of Sweden. During the ceremony, most of these grandees were arrested and executed in public (despite the promise by King Christian for general amnesty) in what is known today as the “Stockholm Bloodbath”.

King Christian II became the symbol of hate and tyranny for the people of Sweden. In 1521 a rebellion broke out, lead by Gustavus Vasa, a nobleman who had not attended the coronation. In April of the same year, the loyal forces of Christian II were defeated in the Battle of Vasteras and in June of 1521 Gustavus was elected King of Sweden. They followed many brutal battles and conflicts since then and Kalmar would officially fall two years later, in May of 1523. Sweden had officially gained its independence.

The Scottish independence referendum will be held on September 18, 2014, and Scotland will seek its independence once again; this is not something new though, but something that has occurred repeatedly over centuries, most notably in the 1300’s.

There was a time of heroes and villains, of battles and castles, intrigue and cunning. It was the time of Scottish Wars of Independence. The First War of Scottish Independence started in 1296 by the English invasion of Scotland. It would end in 1328 as most wars do, with a treaty.  The specific war gave to the world one of the greatest individual warriors of all time, the great William Wallace, who was captured an executed. At the end of both wars, Scotland managed heroically to retain its status as an independent nation. The wars were also very significant for military history as a whole, since new fighting techniques and weapons were introduced, such as the emergence of the longbow which became a key weapon in medieval warfare.

Theodoros II is a multilingual law graduate from Europe. When he’s not writing or working, he’s usually traveling, reading or diving. He’s a newbie on Twitter, and would really appreciate it if you followed him.