Chances are, your favorite team has a fairly silly logo.  The vast majority of them are cartoonish in nature, but at least the ones today look good.  Computer animation, slick artwork, and fine-tuned quality control churn out logos that may be geared toward children, but at least look good on that ridiculously overpriced Official Team jacket you’re wearing.

This was not always the case though.  In the earliest of times, sports logos were simply crudely drawn letters signifying the team: B for Boston, NY for New York, SOS for any team from Cleveland, stuff like that.  But then the teams started getting creative and artsy.  They shouldn’t have.  They really, REALLY shouldn’t have. 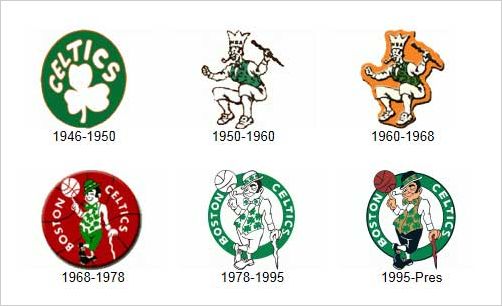 The Celtics have long been represented by a leprechaun

, but at least the current one looks the part.  This was their first vision of one which, while awful in basically every way, wouldn’t be all that disturbing except that he has boobs.  What’s worse: they’re not bad-looking.  You could motorboat those things.  Awful nice of him to crudely draw the letters N.B.A. on his Jughead-looking crown, by the way, in case we forgot what sport we were watching.

Talk about dedication to a name; the logo for the Twins used to actually be freakin’ twin brothers.  Well, theoretically anyway.  Stare for more than five seconds and you’ll realize the two look nothing alike besides being white; their faces and shape of their heads are completely different from one another.  And why do they feel the need to shake hands over the river?  It’s the tiniest river of all-time, and either of them could just crush that bridge and step over the water at any time.  No need to reach over like it’s a sacred border of some sort.

An old-timey miner happily dancing and clicking his heels because he just unearthed a bee-YOO-ty of a red-and-white basketball.  Because they’re the Nuggets, you see.  Nuggets of gold?  Those shiny things miners typically mine for?  Get it?  Well, this miner mines for basketballs because the Nuggets are a basketball team, you see.  Makes sense to us. This is the Beer Barrel Man: a product of a simpler time, when a team’s mascot could literally be overflowing with alcohol and nobody would complain.  Not surprisingly, he’s a fat-ass with a giant beer-belly.  Far more surprisingly, he doesn’t look anything like a beer barrel.  With that giant schnozz, he looks like what would’ve happened if Pinocchio continued to lie and never became a real boy. 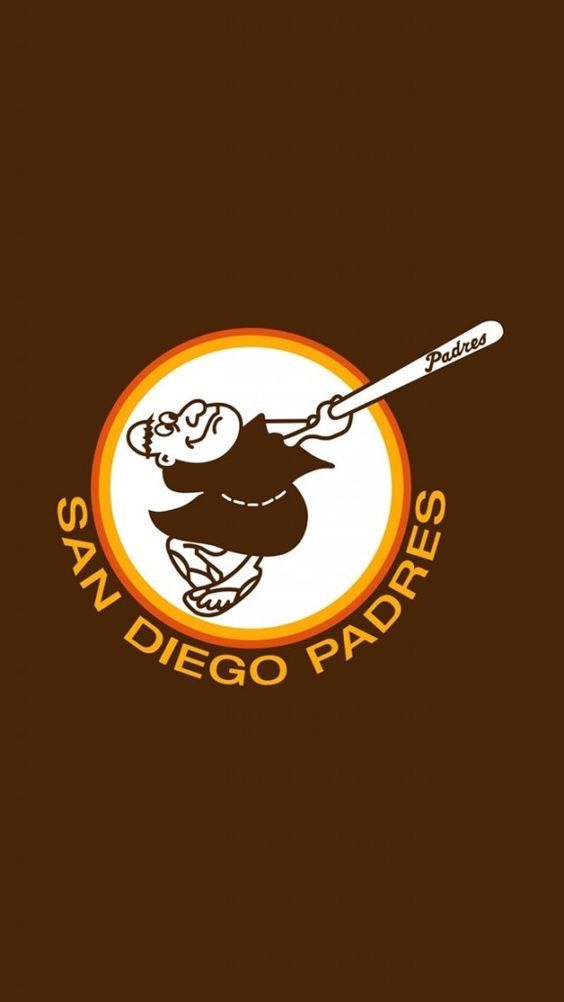 Like with the Twins, this is what happens when a team with a less-than-badass nickname decides to be literal.  The Padres spent fifteen years being represented by a cartoon monk swatting a ball.  While it was a crowning achievement for all the middle-aged bald guys in the crowd who regularly wear bathrobes and flip-flops all day, it did little to scare the other teams.

He’s old, he’s fat, his vision sucks, he’s not properly dressed to play, and he apparently can’t hold onto the ball to save his life.  Father Knickerbocker everybody!  And is that ball the size of a dinner table, or is he just 18 inches tall?

This first incarnation of Pat Patriot wasn’t changed much over the years actually, with one exception.  Back in the day, the dude was just plain creepy.  His wild eyes, his psychotic sneer, and the fact that you can practically hear him going NYAH-HEEH-HEEH-HEEH-NYAHH-HEEEEEEEEH like an evil dwarf wizard; everything just adds up and reveals a man who either loves hurting his opponent just a little too much, or who wants to take that ball back to the locker room for a little “alone time”.

Why is the football player so much bigger than that poor horse?  If that isn’t animal cruelty, then we don’t know what is.  And why is he picking his teeth while riding a pissed-off, wildly bucking wild animal?  Sorry to break it to you, but that flimsy leather helmet of yours will not save you when that horse finally snaps and tosses you to the ground like a gigantic, humongous sack of potatoes.

While this may look like something we puked up in ten seconds via MS Paint as a joke entry, trust us; it’s real.  And it’s supposed to be a big scary tiger.  Not a house cat eating mayonnaise, not an upset teddy bear, not a ridiculously easy maze from a bad coloring book, or anything else that it actually resembles.  If this were an entry in a kids-draw-the-mascot contest, then it’d be fine.  But no; a grown man got paid money to create this.  And then other grown men approved of it and used it.  And the fact that they only used it for a couple years is no comfort.  That’s still a couple years too many.

Oh and what the Hell are those blue squiggles for?  If those are actually supposed to be stripes, then it somehow manages to look even LESS like a tiger than before.

For ten whole years, this nightmare represented one of the most famous franchises of all time.  Yes, that would in fact be a giant, anthropomorphic sock taking a swing at the plate.  And a poorly-drawn sock at that; even by the admittedly-low standards of walking, talking cartoon footwear, this was just crap. Virtually all of its joints are missing, meaning if he suffers a broken bat, his arm would likely go flying along with it.  Which, come to think of it, is a pretty nifty way to freak out the other team.

Also, the sock has feet, which is kind of like having a conjoined twin (triplet?), only somehow creepier.  Hopefully the sock wears little wool people on its feet, because if the sock wore socks, that would just be cruel.

Jason Iannone wrote this; you may applaud him now.  He is also the main article editor of TopTenz.   Like him on FaceBook, follow him on Twitter, and send him writing offers and oodles of money via [email protected]