Yes, of course! Insane mass murderers, serial killers and spree slayers did exist before the 1900s. You may have heard a lot about modern-day serial killers like Jeffery Dahmer, Ted Bundy and Andrei Chikatilo but surprisingly, these serial killers had much less of a chance of getting away with murder. Before the 1900s, serial killers could easily avoid being caught or found out due to lack of technology and even superstition. Many serial killers in historic times were never caught and remained active. But, what persuades some human beings to carry out horrific act’s towards other human beings? Some say it is mental issues, growing up in a bad childhood or greed. Yet, others say it is distantly in our genes descending from our earliest ancestors as part of  survival throughout the complete evolution process.

Gilles Garnier (also known as The Werewolf of Dole) was a French serial killer and cannibal for his acts of homicide. He was convicted a werewolf rather than a murderer which is not surprising since he lived during the 1500s. Shortly after being married, he moved to another location and struggled to find food for himself and his wife which therefore encouraged him to cannibalize. Gilles confessed to have stalked four children and murdered them. He would then eat his victims but clearly wasn’t smart as he committed such atrocities in public having at least 50 witnesses who saw the murders. He was burned at the stake on January 18th 1573 for his horrific crimes.

The “Burke and Hare murders” took place in Edinburgh, Scotland. The series of murders were committed by William Burke (1792–1829) and William Hare (1792 or 1804 – after 1829) which lasted for approximately 10 months in 1828. Along with the wives of Burke and Hare, money was the influence towards murdering 16 individuals by selling the corpses to the infamous Doctor, Robert Knox. These corpses would then be used during Robert Knox’s lectures in front of quite a large amount of attenders but it eventually ruined his reputation after being found out. William Hare testified as a witnessed against William Burke in order to avoid prosecution. William Burke was then sent to his death on 28 January 1829 by hanging. 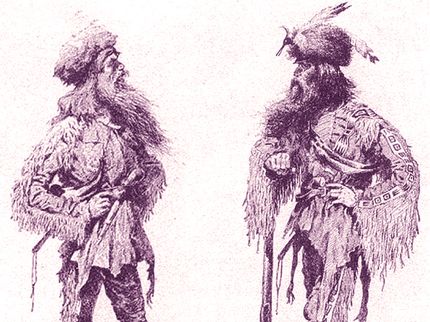 Micajah “Big” Harpe (ca. 1768 –1799) and Wiley “Little” Harpe (ca. 1770 – 1804) were buccaneers, highwaymen and killers who first started their criminal activities during the American Revolutionary War by joining a rape gang which aimed to take advantage of the war. During the late 1790s, the Harpe Brothers resided in Knoxville but were eventually driven out after being accused of brutally murdering another man who was found weighted with stones after being ripped open. Micajah Harpe and Wiley Harpe are considered to be the first recorded serial killers in United States of America’s History.

Nicknamed after her flaring red hair, La Quintrala was tried for 40 murders during Chile’s Colonia Period in the 1600s. La Quintrala (birth name Catalina de los Ríos y Lisperguer) became notoriously well-known throughout the world due to her involvement in colonial domination, exploitation and misconduct. La Quintrala is of German, Spanish and Amerindian descent and she is an example of oppression among Spanish rule and colonization. She grew up into a religious and rich family, and in addition she developed major lust for sex, money, crime and murder. La Quintrala is said to have occupied herself with slashing slaves as a personal interest which caused her to get frequently fined by authorities during the 1600s. She is also notorious for poisoning a chicken and then feeding it to her father with intent to poison him! 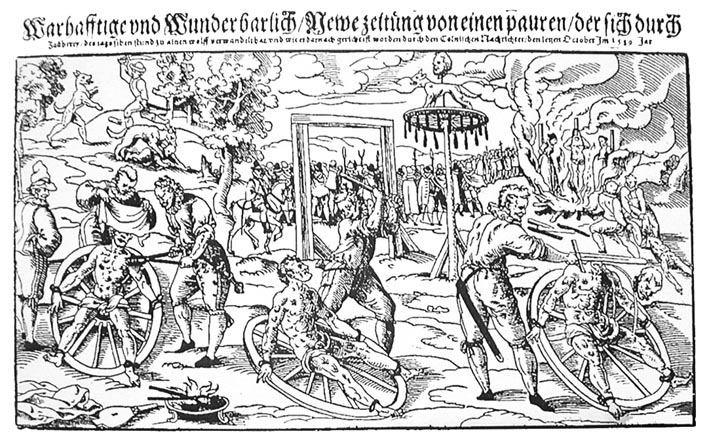 Peter Stumpp holds many variations to his name such as Peter Stumpf and Peter Stube. His birth date is not exactly known but he lived during the 1500s and died in October 31 1589 by execution for his crimes. Peter Stumpp is responsible for murdering and cannibalising 18 victims in the Holy Roman Empire and he was also accused of being a werewolf for his vicious crimes. During his trial, Peter Stumpp confessed of having a deep interest in black magic since he was twelve years old. From what he states during torture, Peter Stumpp can be considered a Satanist because he claims that the Devil had given him a magical belt which lured his thought to feel immortal and evil although he most likely just converted to Protestantism.

Darya Nikolayevna Saltykova was sentenced to life imprisonment after being accountable for 38-147 killings in Russia during the 18th Century. Darya was a noblewoman who killed many of her own peasants who commonly consisted of females. She was born November 3 1730, died December 27 1801 and married a wealthy man from the Saltykova family but was widowed at the age of 26. She then inherited property from her husband after his death as well as the serfs who worked for the family. This gave her an easier chance to commit spiteful atrocities to her own peasants before 1762. There were 138 suspicious deaths reported by authorities, yet Darya was found guilty of beating, mutilation and torturing 38 peasants for no sensible reason.

Although a convicted brutal murderer of 80-200 young children, Gilles de Rais was also a Breton Knight and a leader of the French Army during the 1400s. His killing spree came to an end in 1440 after being involved in a major dispute with a clergyman which clearly led to an investigation on Gilles de Rais and it eventually raised suspicion regarding his acts of murder. After officially retiring from military life, Gilles became interested in magical superstition and sought to seek out people who understood demon summoning. As a result of his satanic interest, his serial killing among children began, leading into 1437, 40 bodies were already exposed. After murdering at least 80 children between the ages of 6 and 16, Gilles de Rais was sentenced to death by hanging and burning. 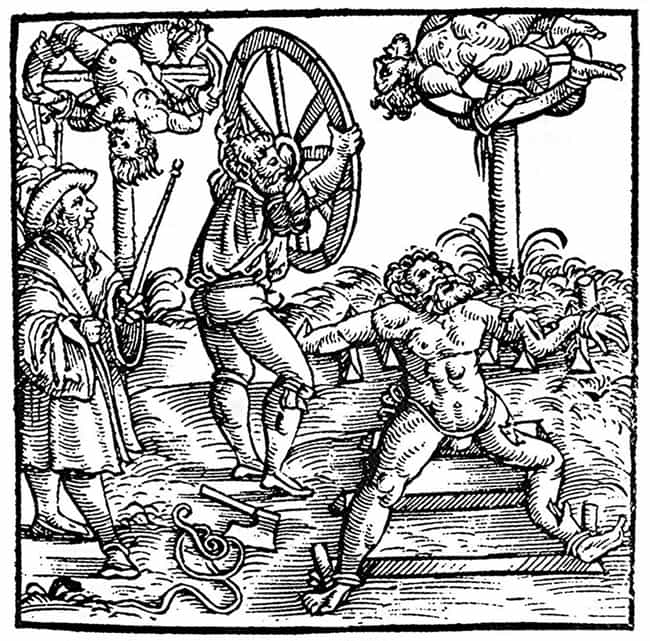 Throughout the 16th Century, Peter Niers was responsible for 544 killings in the Holy Roman Empire and was influenced by robbery, black magic and supernatural belief to commit vicious acts of cannibalism, rituals and slayings. Peter Niers was involved in murderous atrocities and banditries as an actual career which span for about 15 years. He would raid most of the countryside with his associates to steal from families and individuals also killing them and removing fetuses of pregnant women which he would use for magic rituals and cannibalism. He was detained by men who were cautious of this wanted killer. Peter Niers was sent to his death on 16 September 1581 as a result of torture for 3 days.  First his flesh stripped from the body and overwhelmed with heated oil, then held above glowing coal. Finally, he was broken by wheel and quartered.

Elizabeth Bathory, famously known as “The Blood Countess” was said to have been responsible for up to 650 killings but was officially convicted of 80 murders in the Kingdom of Hungary during the late 1500s and the early 1600s. Many people testified a different amount of victims that Elizabeth may have been responsible for. Some say she murdered 30, 50, over 200 and even up to 650 individuals. After many years of research, investigators suggest she may have been a victim of a conspiracy as many of the accusations were politically inclined. She was never sentenced to death but was imprisoned by her family until she was found dead by a guard in 1614. 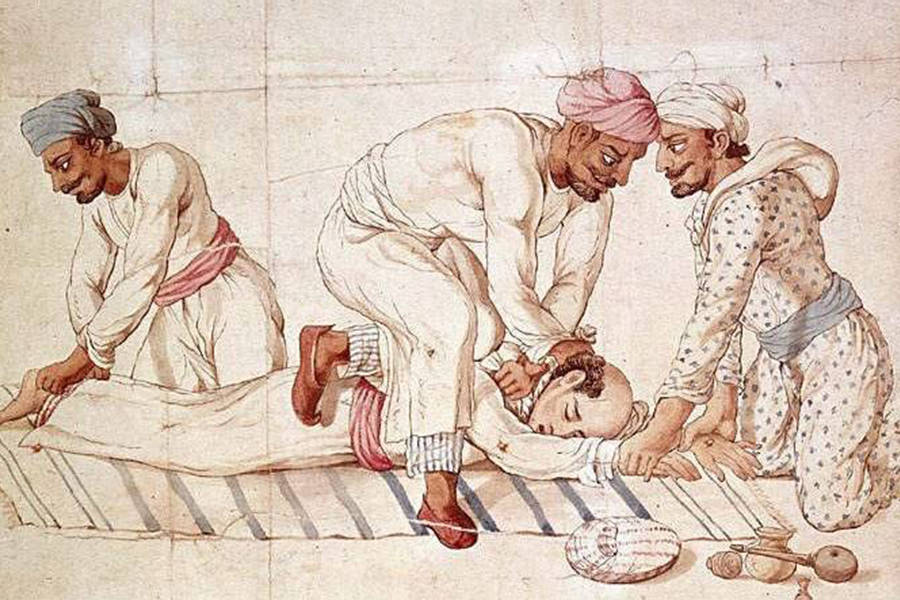 Thug Behram was a well-known assassin and thug in India who lived during the late 1700s and early 1800s. He is suspected of murdering a staggering amount of people which takes the toll for the most victims in recorded serial killer history with a number of 931 victims. He spent 50 years committing these acts of homicide by strangulation using a ceremony cloth. Thug Behram was part of a thuggee cult which was responsible for many vicious acts of robbery, assassinations and serial murder. The English word “Thug” derives from the India word “Thuggee” but show a decent comparison in its difference of the name.