An article posted July 20 at the NY Times website sent shock waves throughout The Church of Jesus Christ of Latter-Day Saints, otherwise known as the Mormon church. Hans Mattson, a Swedish “Area Authority” (equivalent to a Cardinal) overseeing the church’s works in Europe, provided an interview expressing doubts about the church after learning of historical facts online that are never taught in Sunday School classes. Among the facts he found out include the truth surrounding Joseph Smith’s polygamous ways and some historical inconsistencies with the church’s scriptures, such as the Book of Mormon.

That a high-ranking church official had not been aware of these facts throughout his church membership reveals the great lengths to which the Mormon church had gone in hiding the many truths that paint the church in a bad light. And with that, here are ten facts the Mormon Church would not want its members to know.

While the practice of polygamy in the church’s early days is fairly common knowledge today, Mormon leaders and average members normally justify that by saying that it was done only to protect the widows at a time when male Mormon members were dying due to persecution.  Yet a quick search of Joseph Smith’s genealogy at church-owned FamilySearch.org would prove that he was married to teenage girls. Documents further show that the youngest girl that Joseph Smith married was Helen Mar Kimball, who was 14 years old at the time of marriage. One would have to really stretch the truth to believe that these teenage girls were widows that needed to be taken cared of.

Joseph Smith has said that there are men living in the moon, describing them as over six feet tall and dressing like Quakers. Brigham Young preached that there are people living in the Sun. He also preached that Adam was God the Father, that black people are descendants of Cain, and that their skin color is a curse from God. Joseph Fielding Smith, another Mormon prophet, said in 1961 that no man will ever reach the moon. These and other various statements made by Mormon prophets have all been proven false over time. How could one accept these men as true prophets of God when just about everything they say is wrong?

8. Joseph Smith Used Peep-Stones To “Translate” The Book Of Mormon 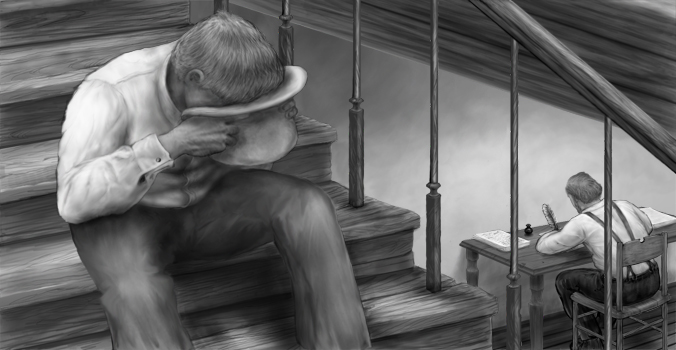 The church has been deceiving members about the manner Smith translated the Book of Mormon. In paintings commonly seen in Mormon scriptures and pamphlets, Smith is depicted translating from the Gold Plates as Oliver Cowdery transcribed his dictation. The truth is that the plates were not even used in the “translation” process. He merely used two peep stones that he placed in a hat.  He would then bury his face in the hat and dictate whatever he purportedly saw there. This stones-in-a-hat method is even acknowledged by current Mormon Apostle Russell M. Nelson in an obscure 1992 talk for Mission Presidents that can actually still be found in the Church’s official website. It is also worth noting that these are the same stones he found while digging a well for Mason Chase, and the same stones he used for treasure-hunting. So he may have been a fraud, but at least he believed in the power of recycling.

7. Temple Rituals Were Copied From The Freemasonry

Joseph Smith became a Freemason in March 1842. In May 1842, he introduced what is now known as the Temple Endowment Session.

The Temple Endowment session is among the most secretive rituals in the Mormon Church. Unlike other rituals such as baptisms or the administration of the sacrament (bread and water,) members are not allowed to discuss the endowment session in public. During an actual session, members perform rituals involving secret handshakes and passwords, all necessary to be allowed entry into the Celestial Kingdom where God the Father and Son live.

What they don’t know is that these rituals were heavily borrowed from the Freemasonry, almost word-for-word in fact. The few members who know about the Masonry connection would defend it by saying that the Freemasons in turn copied their ritual from King Solomon’s Temple. Yet even the church’s most prominent apologetic site, FAIR LDS, would refute that, admitting that what went on in Solomon’s Temple had absolutely nothing in common with the Masonic rituals or the Mormon’s endowment session.

6. The Kinderhook Plates Was A Hoax 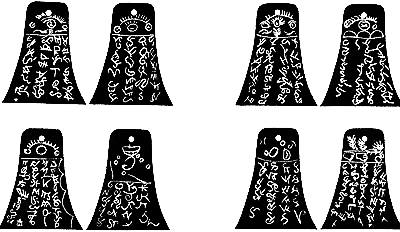 Front and back of four of the six Kinderhook plates are shown in these facsimiles, which appeared in 1909 in History of the Church, vol. 5, pp. 374–75.

The Kinderhook Plates are six brass plates that allegedly contained ancient characters. These plates were found by locals in Kinderhook, Illinois along with a skeleton. Smith, believing them to be genuine ancient artifacts, later translated a portion of the brass plate writings, claiming that it tells the story of the skeleton back when he far less skeletal and far more alive. According to Smith, he was a descendant of Ham, through the loins of Pharaoh.

In 1980 however, scientists examined the plates and determined that they were not ancient at all; they were eventually proven to be nothing more than a hoax. After this discovery, Mormon apologists tried to put a spin on it by saying that Smith never actually tried to translate it, yet in pages 372-379 of the Mormon’s History of the Church book, Smith did confirm to have translated the plates, discussing the details of the translation in the aforementioned pages.

5. There Are Multiple Accounts Of The “First Vision”

“There is no middle ground. Joseph Smith talked with the Father and the Son or he didn’t.  If he didn’t, then we are embraced in a great fraud. A terrible fraud.” – Gordon B. Hinckley

The First Vision, as known today in Mormon records, is an account of the literal appearance of God, as both the Father and the Son, to Joseph Smith in the spring of 1820. Today, it holds an important place in the Mormon Church’s official history. Yet this event wasn’t actually taught in the church until 1842, 22 years after it was supposed to have happened. Records also show that there are nine versions of the account. Among the inconsistencies seen when compared side-by-side include Smith’s age at the time it happened, the place where he received the vision, the personage he saw, and the instructions he received.

One would think that remembering the details of such a remarkable experience would not have been that hard. But the inconsistencies of the multiple first vision accounts and the fact that it was not even mentioned in the church’s early years cast doubts upon the validity of Smith’s claims. 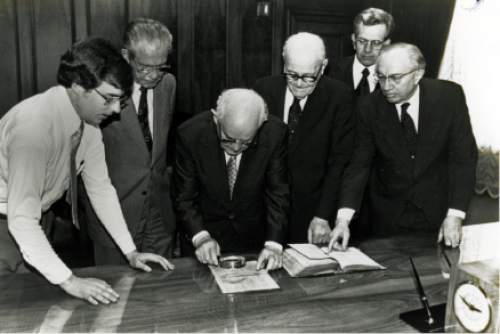 One of the most embarrassing episodes in recent church history is that involving convicted murderer and counterfeiter Mark Hofmann.

Hofmann sold what he asserted to be official church documents that he found. Among them included what he claimed was the original Anthon Transcript- a piece of paper containing characters that Joseph Smith copied from the Gold Plates, an 1825 Joseph Smith holograph detailing Smith’s exploits as a treasure hunter and practitioner of black magic, and the infamous Salamander Letter — supposedly a letter written by Martin Harris claiming that it was a white salamander and not an angel that appeared to Joseph Smith in 1823. Church leaders, such as eventual prophet Gordon B. Hinckley and current apostle Dallin H. Oaks, were tricked into believing those were genuine, shelling out thousands of dollars to purchase them, and even defending the contents of the documents in pulpit talks.

Of course it would be proven later, when Hofmann was convicted of murder, that these documents were nothing more than forgeries created by Hofmann to make a fool out of church leaders and earn a profit in the process.

3. The Facts Surrounding The Death Of Joseph Smith Mormon Church members sing of hymns portraying Joseph Smith as a martyr who died for his faith. It is never taught in classes that he was actually imprisoned for destroying a newspaper printing press as retaliation for the negative press about him that was published.  While in prison, he removed his “garments,” the Mormon magic underwear, and instructed the others in jail with him to do the same. Mormons are also not aware that he had a gun and killed two people shortly before he was shot to death. He also made the Masonic symbol for distress as a last-ditch effort to save his life. Certainly not the “lamb to the slaughter” that the Mormons like to describe his death as.

2. The Book Of Abraham Has Been Proven False By Egyptologists

In 1835, Joseph Smith purchased a scroll of papyri containing Egyptian hieroglyphics from a travelling showman named Michael Chandler. He then proceeded to examine the scroll, claiming that it contained writings of Abraham, and translated it into what is now known as the Book of Abraham.

In 1966, several fragments of the original scroll that Smith used resurfaced. With the discovery of the Rosetta stone, Egyptology had advanced profoundly by this time, and Egyptologists were able to validate whether Smith’s translation of the scroll was accurate. Turns out, the scroll was merely a common Egyptian funerary text that had absolutely nothing to do with Abraham. As with the Kinderhook Plates, this put into question Smith’s credibility as a divinely-aided translator. Egyptologist Dr. James H. Breasted of the University of Chicago said, “Joseph Smith’s interpretations of them as part of a unique revelation through Abraham, therefore, very clearly demonstrates that he was totally unacquainted with the significance of these documents, and absolutely ignorant of the simplest facts of Egyptian writing and civilization.”

1. Evidence Against The Book of Mormon 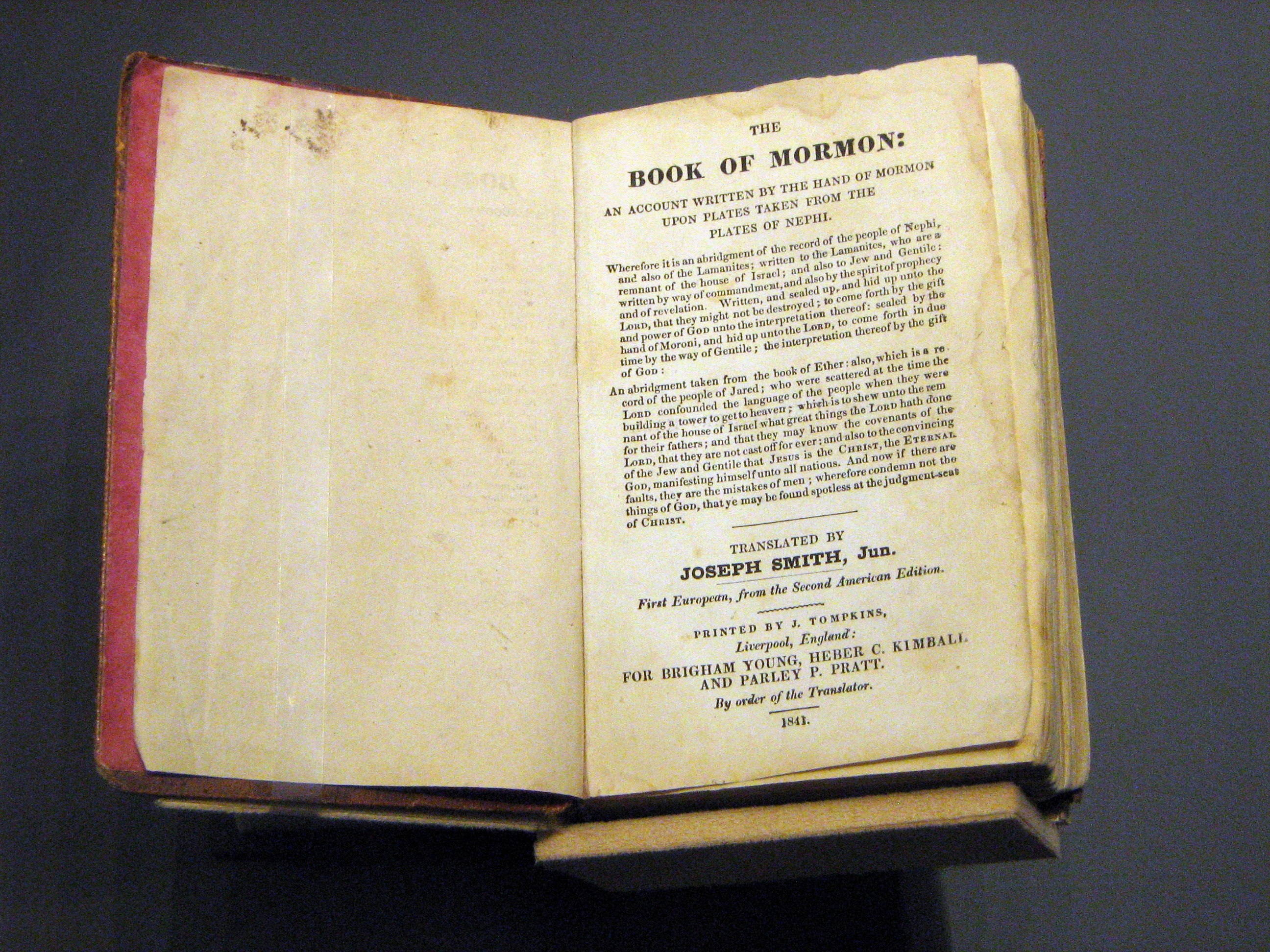 The Book of Mormon is often called the “keystone” of the Mormon religion.  The validity of the church’s claim as the one true church, and Joseph Smith as the chosen prophet of God, hinges upon whether the book is really an ancient record translated by the power of God or not. The problem is that the book has failed under scrutiny on so many levels. It has been well-documented that the Book of Mormon contains various anachronisms. Heavy plagiarism from the King James Bible is also apparent, including translation errors. Up to this day, the geographical location of the events of the book has not been located, and no supporting archaeological evidence has ever been discovered.

Perhaps the most damning evidence against the book is the fact that DNA testing disproved its claim that a Jewish family, who left Jerusalem in 600 BC to settle in the New World, are the principal ancestors of the American Indians. With that, there simply is only one logical conclusion that can be made about the Book of Mormon – that it is in fact a 19th century fiction manufactured by Joseph Smith, therefore making all of his other claims, along with his entire religion, mere fabrications.