Isn’t it scary how many people don’t know if Europe is a country or a continent? Wow…
What kind of expectations should we have from the poor, ignorant people if even the president called Europe a country?!

10. Istanbul, the City of Two Continents

Since ancient times, Magical Istanbul has united Asia and Europe through the mighty Strait of Bosphorus. Without a doubt, this amazing city is one of the most beautiful places on earth. Istanbul is the only metropolis in the world bridging two continents. Istanbul was Europe’s Capital of Culture in 2010, a program initiated by the European Union.

Throughout history, the city has been the capital of many empires. Napoleon Bonaparte once said: “If the earth was a single state, Istanbul would be its capital.”

If you are considering breakfast in Asia and lunch in Europe, Istanbul is the place for you!

9. Europe’s Most Famous and Active Volcanoes

Etna is Europe’s largest active volcano. With a maximum elevation of about 3350 m, Mount Etna is a stratovolcano situated in Sicily, southern Italy.

The tallest European volcano is actually one of the most active volcanoes in the world. Etna erupted again this year and one of the most recent eruptions occurred at the end of July. You can look for updates on this topic browsing the website of Istituto Nazionale di Geofisica e Vulcanologia. An English version is available. The volcano’s eruptions have been documented since ancient times, more exactly since 1500 BC. It’s the longest period of documented eruptions in the world.

Mount Vesuvius, best known for its eruption that completely destroyed Pompeii and Herculaneum, last erupted 67 years ago, in 1944.

Vatnajökull (Iceland) is the largest European glacier in volume and underneath its ice-cap are at least seven volcanoes located.

8. The Largest/Smallest Country in the World

Europe is home to both the smallest country in the world, Vatican City State

(Stato della Città del Vaticano), and the largest, Russia (by both population and area). China is the country with most neighbors (15), followed by Russia (14) and Brazil (10).

7. The Merry Cemetery in Romania

Cemeteries are often sad places, but they can also be amusing and entertaining. Sapanta, in Northern Romania, is worldwide famous for its Merry Cemetery, a UNESCO World Heritage site. Sapanta is a unique cemetery and a major touristic attraction.  What is so unusual about it? The atypical design of the tombstones. The tombstones are big crosses sculpted from oak wood. They are painted by hand in vivid colors such as red, blue, green, yellow and engraved with funny epitaphs briefly describing the life or the circumstances in which these persons passed away.

The man behind this concept is Romanian craftsman Ioan Stan Patras, who started sculpting the crosses in 1935. The ancient culture of the Dacians, the Romanian’s ancestors, viewed death as liberation and the soul as immortal. Sapanta preserves this positive attitude towards death and welcomes it with a smile.

6. The Statue of Liberty was Constructed in France

Unknown to many of us, the famous Statue of Liberty was designed by Frédéric Bartholdi. The colossal neoclassical sculpture was constructed in France and given as a gift of friendship to the United States of America. Alexandre Gustave Eiffel, the brilliant French engineer behind the Eiffel Tower in Paris, made the statue’s steel framework.

The total overall height of the statue  is 305 feet, 6 inches, and the seven rays on Lady’s Liberty crown represent the seven continents.

Replicas of Lady Liberty have been created all over the world, the most famous being located in France. According to ancient Greek mythology, Europa was a beautiful Phoenician princess. She was the daughter of Agenor, king of Tyre. Zeus felt in love with Europa, so he decided to appear in front of her as a magnificent white bull to gain her trust. Zeus’s power of metamorphosis is a key element in Greek mythology.

The princess climbed on the bull’s back and was immediately carried to Crete, where Zeus revealed himself to Europa in all his glory. The king of Gods and Europa had three children – Sarpedon, Minos and Rhadamanthys.

4. The Mediterranean Was Once a Desert 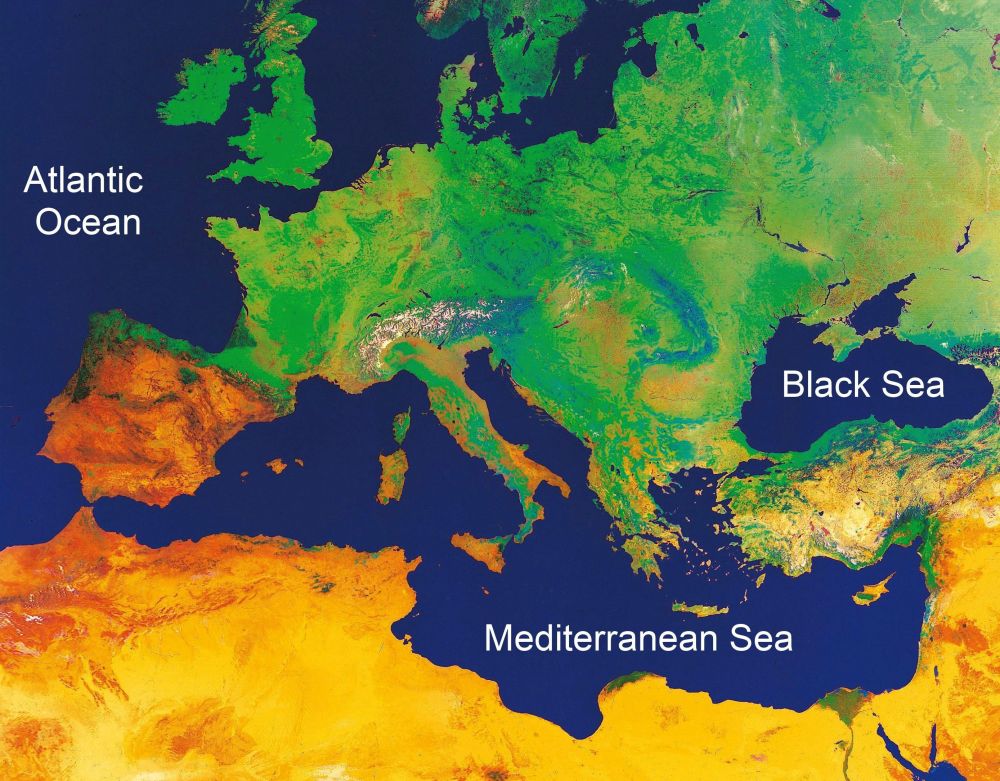 In the last 40 years solid evidence has been found that the Mediterranean Sea frequently dried up completely in the past. The event is also known as the Messinian Salinity Crisis. The amazing story of the discovery is told in “The Mediterranean Was a Desert, Voyage of the Glomar Challenger”  by Kenneth J. Hsu.

According to Rob Butler, “the ‘Salinity Crisis’ in the Mediterranean represents one of the most dramatic examples environmental change outside of glaciated areas in the relatively young geological record.”

Many of the greatest empires in history were based in Europe. The British Empire was at one time the largest empire in the world. It covered more than 36 million square kilometers and had a population between 480 and 570 million people. At the peak of the Empire’s power, it was said that the “sun never sets” on it, because the sun was always shining on at least one part of the Empire. It covered a quarter of the Earth’s surface.

The Roman Empire, a pre-colonial empire, often described as the cradle of modern civilization, was one of the world’s most successful empires. 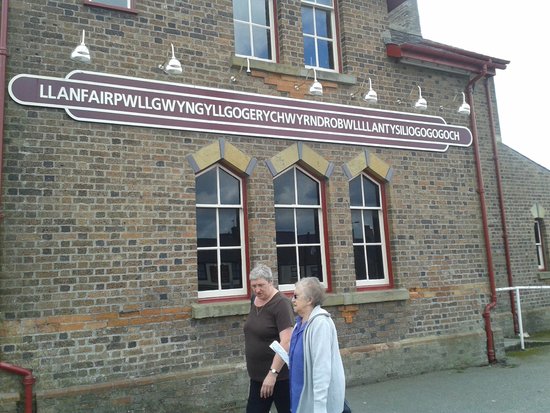 Prepare yourself for some of the longest names officially recognized. It is hard to beat Taumatawhakatangihangakoauauotamateaturipukakapikimaungahoronukupokaiwhenuakitanatahu, the M?ori name for a hill in New Zealand, but let’s give it a try.

A village in Wales, United Kingdom contains 58 letters and is the longest European one-word place-name. Llanfairpwllgwyngyllgogerychwyrndrobwllllantysiliogogogoch means “Saint Mary’s Church in the hollow of the white hazel near a rapid whirlpool and the Church of St. Tysilio of the red cave.” The shorter version of this name is Llanfairpwllgwyngyll.

Check out these other unusually long names: Äteritsiputeritsipuolilautatsijänkä, located in Finland, Siemieniakowszczyzna in Poland and Newtownmountkennedy in Ireland.

The “Age of Migrations” remains one of the most unknown facts about Europe. There was a period in history, also called the Migration Period, when various tribes flooded Europe.

The first phase of the migration movement came to an end around 500 AD, when the Germanic tribes (Franks, Goths, Saxons, Vandals, Lombards etc.) established their own kingdoms in Central, Western, Southern and SE Europe. This period was followed by the second phase of the Migration Period ((ca. 500-700 AD), the migration of the Slavic people.

The invasions of the Avars and Bulgarians, the Muslim Conquest of Sicily, the Hungarian Invasions and the invasion of the Vikings are other important moments in European history.

This is how the rich course of history has shaped and defined Europe’s peoples and their intangible culture over the centuries.