One of the greatest mysteries of life surrounds the process of death.  No one can be sure what happens when you die, but the final moments of life are usually filled with honesty.  Some people are given the chance to prepare for death, while others are not.  A person’s final words are extremely revealing.  These words give a glimpse into the individual’s overall feelings and experiences.  If a person is murdered or dies suddenly, their final words help show exactly what they were thinking and feeling as they passed.  It has long been common practice to document the final words of our loved ones.  This list documents some famous last words and quotes. 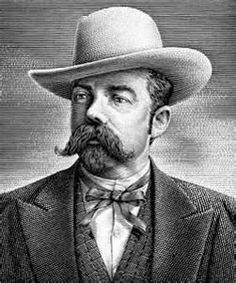 Jack Daniel was an American distiller and the founder of Jack Daniel’s Tennessee whiskey distillery.  He never married or had any children and was close with his favorite nephew, Lem Motlow.  In 1907, due to failing health, Daniel gave the distillery to Motlow, who then passed it down to his children, Robert, Reagor, Dan, Connor, and Mary.  Jack Daniel died from blood poisoning on October 10, 1911, in Lynchburg, Tennessee.  The infection that killed him started in his big toe, which he injured after kicking a safe.  His final words were recorded on the day of his death and fittingly they were “one last drink, please.”  This incident was the subject of a marketing poster used on the London Underground transit system in January 2006.  Jack Daniel’s brand of Tennessee whiskey is among the world’s best-selling liquors and is known for its square bottles and black label.

“Hey, Jimmie! The Chimney Sweeps.  Talk to the Sword.  Shut up, you got a big mouth! Please come help me up, Henny.  Max come over here.  French Canadian bean soup.  I want to pay.  Let them leave me alone.” 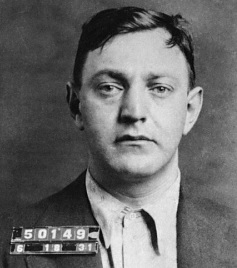 Those were the final, nonsensical statements of Mr. Dutch Schultz. He was a New York City-area gangster during the 1920s and 1930s.  During his lifetime Schultz made a fortune in organized crime.  He was involved with many operations, including bootlegging and the numbers racket.  Dutch Schultz had a reputation as one of the hardest, short tempered characters in the neighborhood.  During prohibition the Joey Noe and Dutch Schultz gang controlled the beer supply for the entire Bronx.  Their operation became the only non-Italian gang to rival those who would become the heads of the mafia‘s five families.

On October 23, 1935, Schultz was shot in the abdomen and died at the Palace Chophouse in Newark, New Jersey.  He was only 33 years old.  Dutch Schultz’s dying words were taken down by a police stenographer.  Due to the severity of his injury he made many incoherent and random statements.  His words have inspired a number of books and media stories.  Some more of Dutch Schultz’s final quotes include “Mother is the best bet, don’t let Satan draw you too fast, please crack down on Hitler’s commander, the sidewalk was in trouble and the bears were in trouble and I broke it up.”

“Now I can cross the shifting sands.” L. Frank Baum was a US author, poet, and playwright best known as the creator of The Wonderful Wizard of Oz.  Baum wrote thirteen sequels about the Land of Oz.  He also published 55 novels, 82 short stories, and over 200 poems.  In his writing, Baum surrounded the Land of Oz by a magical desert.  The desert has four separate quadrants, named the Deadly Desert, the Shifting Sands, the Impassable Desert, and the Great Sandy Waste.  It is used as a literary device to explain why Oz is essentially cut off from the rest of the world.  Anyone who sets foot in the desert will turn to sand.  On May 5, 1919, L. Frank Baum suffered a stroke.  He died quietly the next day, nine days short of his 63rd birthday.  Baum whispered his final words to his wife hours before his death.  “Now I can cross the shifting sands,” referring to the Land of Oz. 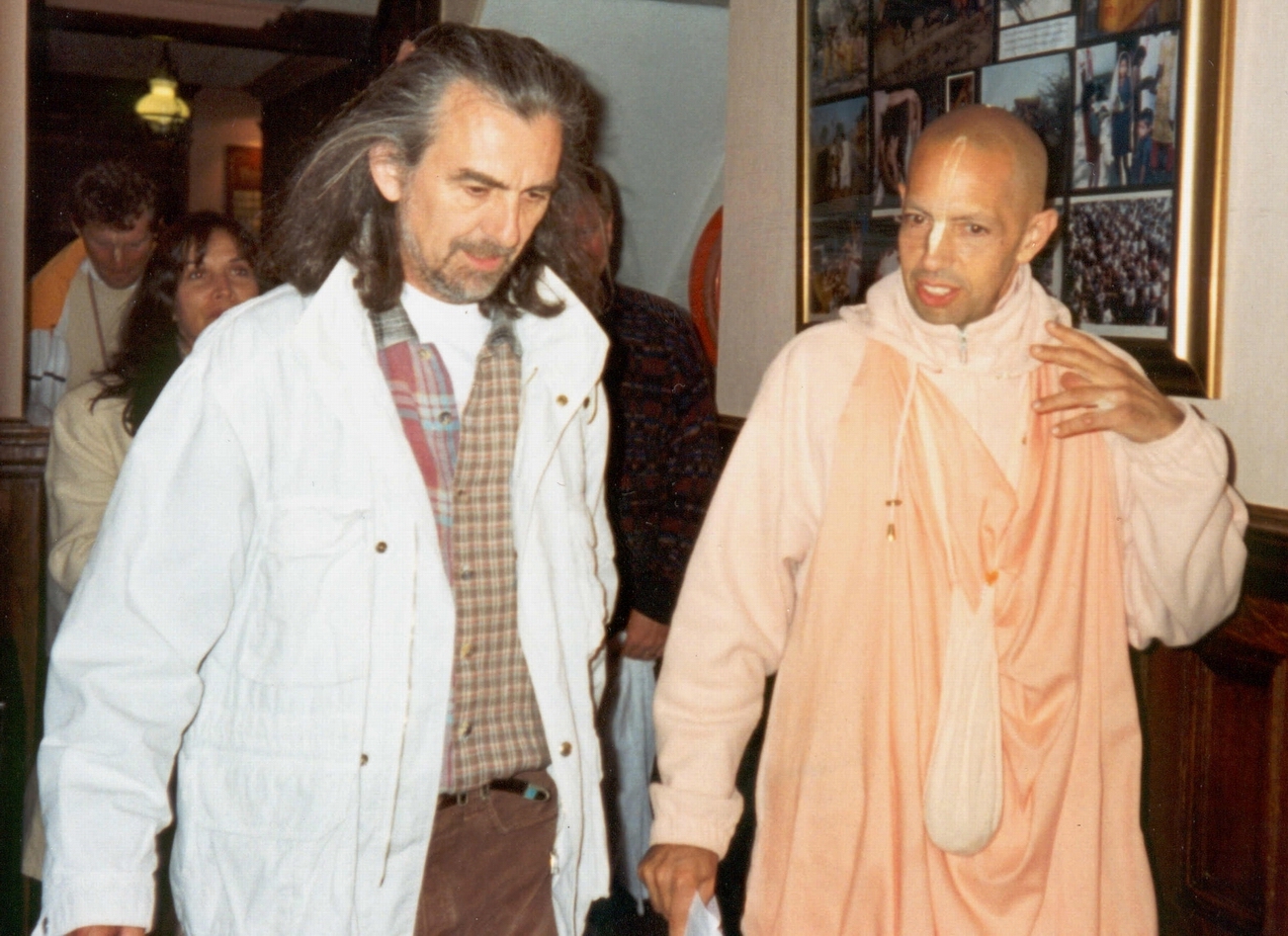 George Harrison was an English rock musician, singer-songwriter, and lead guitarist of The Beatles.  He is often referred to as “the quiet Beatle” and credited with helping revolutionize rock music.  George Harrison also embraced Indian culture and Hinduism in the mid 1960s and helped expand Western awareness of sitar music.  He wrote many Beatles hits, including “Here Comes the Sun,” “Something,” and “While My Guitar Gently Weeps.”  In the late 1990s Harrison developed throat cancer and had an operation at the Mayo Clinic to remove a cancerous growth from one of his lungs.  In July of 2001 he underwent radiotherapy for a brain tumor at a clinic in Switzerland.  George Harrison passed away on November 29, 2001.  His final words were recorded by his wife, simply “love one another.”

“My wallpaper and I are fighting a duel to the death. One or the other of us has to go.” Oscar Wilde was an Irish playwright, poet, and author.  He wrote numerous short stories and one novel.  Wilde was known for his biting wit and he became one of the most successful playwrights of the late Victorian era.  He achieved celebrity status in the late 19th century, but suffered a dramatic downfall and was imprisoned for two years hard labor after being convicted of homosexual relationships, described as “gross indecency” with other men.  Oscar Wilde died of cerebral meningitis on November 30, 1900.  He was only 46-years-old.

Different opinions are given as to the cause of the meningitis, Richard Ellmann claimed it was syphilitic, while others hypothesize that it was the result of complications after Wilde’s mastoidectomy.  Oscar Wilde died at the Left Bank hotel.  He maintained a positive attitude until his last moments and with his final words, compared his troubled situation with the lackluster hotel wallpaper.  The wallpaper has since been removed and the room re-furnished in the style of one of Mr. Wilde’s London flats.  In January 2010, Dublin City Council, proprietors of the Archbishop Ryan Park in Merrion Square, decided unanimously to rename it.  A campaign has been started to rename the park The Oscar Wilde Park.

“Brothers! Brothers, please! This is a house of peace!”

Malcolm X was an African-American Muslim minister, public speaker, and human rights activist.  He has been described as one of the greatest and most influential African Americans in history, while his detractors accused him of preaching racism, black supremacy, and violence.  During the 1950s and 60s Malcolm X became a member of the Nation of Islam and one of the organization’s leaders and chief spokesmen.  Less than a year after he left the Nation of Islam, Malcolm X was assassinated while giving a speech in Manhattan’s Audubon Ballroom.  He was speaking to a meeting of the Organization of Afro-American Unity.

During his speech a staged disturbance broke out in the crowd of 400.  As Malcolm X and his bodyguards moved to quiet the ruckus, a man rushed forward and shot him in the chest with a sawed-off shotgun.  Two other men fired handguns, hitting him 16 times.  Reportedly, Malcolm X was dead before his body struck the floor.  His final words were an attempt to keep peace in the crowd.  Other sources have his final quote as “now, now, brothers, break it up, be cool, be calm.” 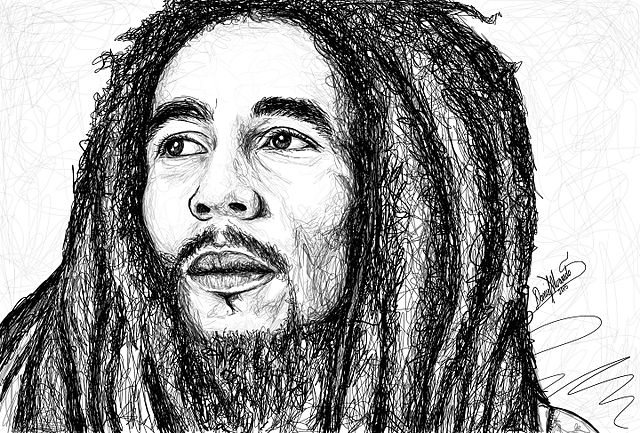 Bob Marley was the lead singer, songwriter, and guitarist of the reggae band Bob Marley & The Wailers.  Marley remains the most widely known and revered performer of reggae music.  He is credited with helping spread Jamaican music to a worldwide audience.  In July 1977, while seeking treatment for an injury sustained during a friendly football match, Marley was found to have acral lentiginous melanoma, a form of malignant melanoma.  He declined amputation of his toe and the melanoma eventually spread to his lungs and brain.  Bob Marley died at Cedars of Lebanon Hospital in Miami on the morning of May 11, 1981, at the age of 36.  His final words were spoken to his son Ziggy. They were, “Money can’t buy life.”  The compilation album, Legend (1984), released three years after Marley’s death, is reggae’s best-selling album and has sold 20 million copies worldwide.

Amelia Earhart was a noted American aviation pioneer.  She was the first woman to receive the Distinguished Flying Cross, which was awarded for becoming the first aviatrix to fly solo across the Atlantic Ocean.  Earhart set many other records and wrote best-selling novels about her flying experiences.  In 1937, Amelia Earhart and Fred Noonan disappeared over the central Pacific Ocean during an attempt to make a circumnavigational flight of the globe.  Their intended destination was Howland Island, which is an uninhabited coral island.  The cause of her death and location of her plane’s crash has always been a mystery.  Many researchers believe that Earhart’s airplane ran out of fuel and was ditched at sea.  Her final radio correspondence and last words indicated that she was close to her destination, but could not find it.

The USCGC Itasca was deployed to provide air navigation and radio links for Amelia Earhart, but a two-way connection could not be reached.  Many theories exist surrounding the plane’s crash.  Nikumaroro, formerly Gardner Island, is part of the Phoenix Islands in the western Pacific Ocean.  It is a remote area with a large central marine lagoon.  In 2007, the International Group for Historic Aircraft Recovery did a study and archeological dig on Nikumaroro.  Many artifacts were discovered, but the most interesting was a brass zipper.  Archaeologists claim that the zipper dates from 1930s America and is fitted for women’s clothing.  Other artifacts that speak of an American woman from the 30s were discovered. 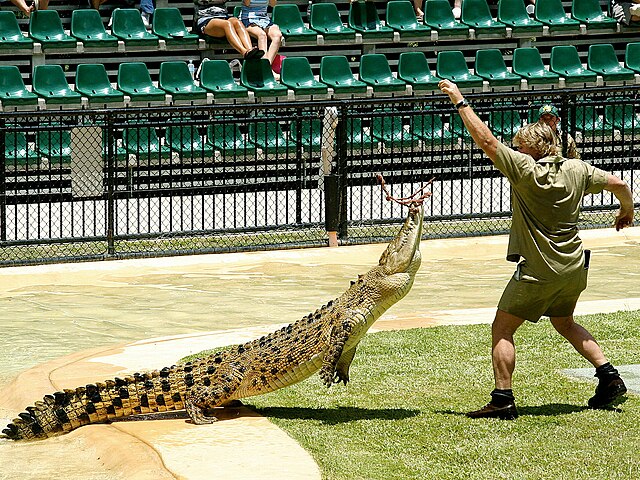 Steve Irwin was an iconic Australian television personality, wildlife expert, and conservationist.  He created the documentary series, The Crocodile Hunter and was the owner and manager of the Australian Zoo at Beerwah, Queensland.  On September 4, 2006, Irwin was fatally pierced in the chest by a stingray spine while snorkeling at the Great Barrier Reef, at Batt Reef, which is located off the coast of Port Douglas in north Queensland.  He was filming a shallow water segment for his daughter Bindi’s new show, Bindi the Jungle Girl.  Irwin suffered major internal damage and tears to arteries and other main blood vessels.

It has been speculated that the puncture wound from the spine caused Steve to die of cardiac arrest, although blood loss was a major factor.  The events were caught on tape, and a copy of the footage was confiscated by the Queensland Police.  Steve Irwin’s last recorded words were “don’t worry, they usually don’t swim backwards.”  He recognized that the stingray was acting awkwardly and was alarmed.  The video footage confirms that the stingray was swimming backwards.

“The taste of death is upon my lips.  I feel something that is not of this earth.”

Wolfgang Amadeus Mozart was a prolific and influential composer of the Classical era.  He composed over 600 works, with many being acknowledged as pinnacles of symphonic, chamber, piano, operatic, and choral music.  He is among the most well-known and popular of all classical composers.  Mozart was a child genius and wrote his first piece of music at the age of five.  The circumstances surrounding his death have been widely debated over the years. Mozart passed away at 1:00 AM on December 5, 1791, at the age of 35, following a short illness.  He had a history of health problems and had suffered from smallpox, tonsillitis, bronchitis, pneumonia, typhoid fever, rheumatism, and gum disease.

Mozart suffered from many mysterious symptoms before his death.  His sickness began with swelling of the hands and feet and then progressed to sudden stomach pains and intense vomiting.  The illness would come and go and Mozart had the suspicion that he was being poisoned.  He remained completely conscious until two hours before his death.  Mozart’s body swelled up so much he could no longer sit up in bed, or even move on his own.  His final words are quite revealing, “The taste of death is upon my lips.  I feel something that is not of this earth.”