For every great work of art, literature, or architecture that gets completed, there are probably just as many that are abandoned and left unfinished because of wars, political strife, lack of funding, or the death of the artist. Most of these works are lost and forgotten, but some, by masters like Da Vinci and Mozart, are regarded as incomplete masterpieces. The following are ten of the most famous unfinished works of art in history.

In the early seventies, Bruce Lee had already made three acclaimed films and was quickly gaining a reputation as one of the most exciting martial artists in the world. In 1972, Lee began filming Game Of Death, which was to be the ultimate expression of Jeet Kune Du, the fighting style he had been perfecting for years. However, halfway through filming, Lee was given the shot of a lifetime at starring in Enter The Dragon, and production on Game of Death was halted while he worked on it. Enter The Dragon would ultimately cement Lee’s stardom, but before he could return to work on Game of Death, he mysteriously died of cerebral edema at the age of 32. Five years after Lee’s death, the director of Enter The Dragon pieced together a workable version of Game of Death from Lee’s footage and newly shot material using stand-ins. The final result was considered by many to be a poor representation of Lee’s original vision of the film, but the 11 minutes of footage from his original cut is widely believed to be among his best work.

9. The Palace of Soviets

The Palace of Soviets was a massive architectural project undertaken by the Soviet Union at the outset of WWII. It was a building in Moscow designed to be an administrative center and congress hall, and if finished it would have become the world’s tallest structure. The plan for the building was decided via a countrywide public contest where 272 building concepts were submitted, and after a lengthy judging process, architect Boris Iofan was declared the winner. Construction on the building began in 1937, and by 1941 the building’s huge steel frame had been erected. Russian involvement in WWII brought an abrupt end to construction, and the building’s steel frame was eventually cut, dismantled, and used to build fortifications and railway bridges in and around Moscow. After the war ended, there was much talk of completing the project, but though the site was kept open until 1958, the Palace of Soviets was eventually abandoned.

In the late sixties, Jimi Hendrix recorded a trio of albums that established him as one of the most talented guitarists of all time. Hendrix was a prolific songwriter, and following the breakup of his band, the Jimi Hendrix Experience, he began work on an ambitious double album called First Rays of the New Rising Sun. Unfortunately, before the recording was fully under way, Hendrix died of an overdose of sleeping pills. After Hendrix’s death a years-long legal battle began between his family and his former producer over who had the rights to the singer’s material. The family finally won in 1995, and they hired a select group of recording engineers and producers to attempt to reconstruct First Rays of the New Rising Sun. The surviving recordings ranged from nearly complete to very rough demos, but in 1997 a shortened version of the album was released that claims to be as close to Hendrix’s original vision as is possible.

7. Dickens’ The Mystery of Edwin Drood 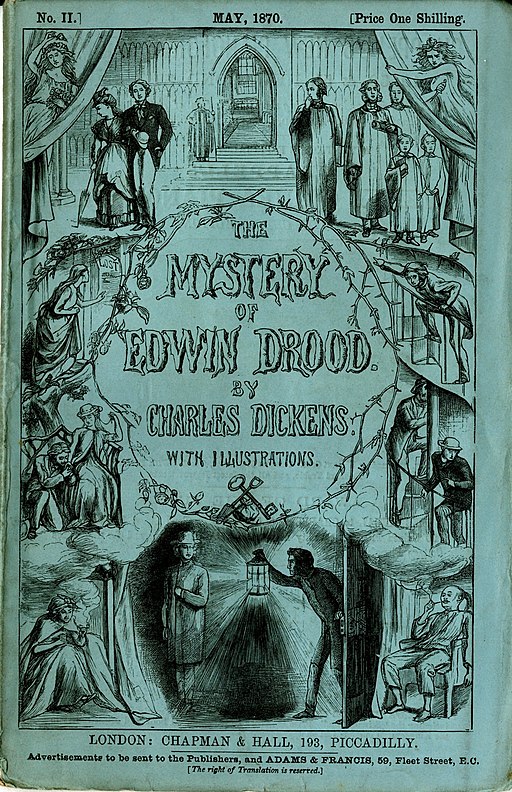 At the time of his death in 1870, A Tale Of Two Cities author Charles Dickens was perhaps the most celebrated writer in the English language. His last book was The Mystery Of Edwin Drood, a murder mystery that was in the process of being serialized in a popular magazine when Dickens died at the age of 58. Dickens was close to finishing the book, but he left behind no notes or plot sketches, so it has never been known for sure which character committed the murder that the story is based around. A number of writers have attempted to finish the book, often under very strange circumstances. The weirdest of all took place in 1873, when a man named Thomas James claimed he had written a conclusion to the book while possessed by the ghost of Charles Dickens. Many well-known writers praised James’ version as being remarkably similar to Dickens’ own writing style, and for years his take on the story was circulated in America as the definitive version of the book.

One of the most famous opening lines in poetry begins “In Xanadu did Kubla Khan a stately pleasure dome decree…” The renowned poet Samuel Taylor Coleridge wrote the lines in 1797 while he was staying in a farmhouse in rural England. Coleridge was a prodigious user of the drug laudanum, and as the story goes, he fell asleep while reading a book about the Far East and actually dreamed the lines of a poem. Upon waking, Coleridge scribbled down the first 50 or so lines while still in an opium haze, but was interrupted when an unexpected visitor called on him about some business. Coleridge was only gone for an hour or so, but when he returned his vision for an epic 300-line poem had faded from memory. Coleridge attempted to get back to work, but eventually gave up out of frustration, and “Kubla Khan” remains perhaps the most famous unfinished poem ever written.

5. Orson Welles’ The Other Side of the Wind

Orson Welles is regarded by many as one of the world’s greatest filmmakers, and his debut Citizen Kane is widely considered to be the best film ever made. Welles’ career was fraught with a number of forgotten and abandoned projects, and at the time of his death in 1985 he was in the middle of work on two films. The most of famous of these was The Other Side of the Wind, a film starring Dennis Hopper and John Huston that Welles had been working on since the late sixties. The movie was nearly complete in 1979, but Welles ran into huge financial and legal complications that halted production. The biggest of these was that the film’s major financial backer, the brother-in-law of the Shah of Iran, pulled funding after the Shah was overthrown and exiled from the country. This led to a years-long controversy over ownership of The Other Side of the Wind, and the film was never finished. In the years since Welles’ death, there have been a number of attempts to edit and release the film, and recent rumors suggest that a version of it may debut in 2010.

Gilbert Stuart’s unfinished 1796 painting of George Washington is also known as The Athenaeum, his most celebrated and famous work.

The painting of George Washington that is found on the modern one-dollar bill was done by Gilbert Stuart, a renowned painter who drew portraits of a number of kings and presidents. What is not well known is that the dollar bill painting of Washington was never completed. The painting, known as The Athenaeum, was intentionally left incomplete by Stuart so that he could hold onto it and easily draw copies, which he then sold for $100 a piece. Stuart is said to have painted as many as seventy reproductions of The Athenaeum, but he never finished the original before his death in 1828. For his part, Washington is said to have been particularly annoyed by Stuart’s behavior, and once even traveled to the artist’s studio and demanded to be given his portrait.

Perhaps the longest running architectural project in recent memory, the Sagrada Familia is a massive and uniquely designed Roman Catholic cathedral in Barcelona that has been under construction since 1882. The eccentric building was designed by famed architect Antoni Gaudi, and was considered to be his crowning achievement. Gaudi worked on the church for forty years, and even devoted his last fifteen years exclusively to it, but he died in 1926 before it was completed. The project was then taken over by Gaudi’s assistants, who continued work on it even after it was badly damaged by anarchists during the Spanish Civil War. Since then, the project has been in a constant state of flux, with a number of different architects and builders coming on to it, but it has yet to be opened or actively used as a church. Even in its unfinished state, the Sagrada Familia is Barcelona’s most famous tourist attraction, and authorities have claimed that the building may finally be open to the public by 2010. 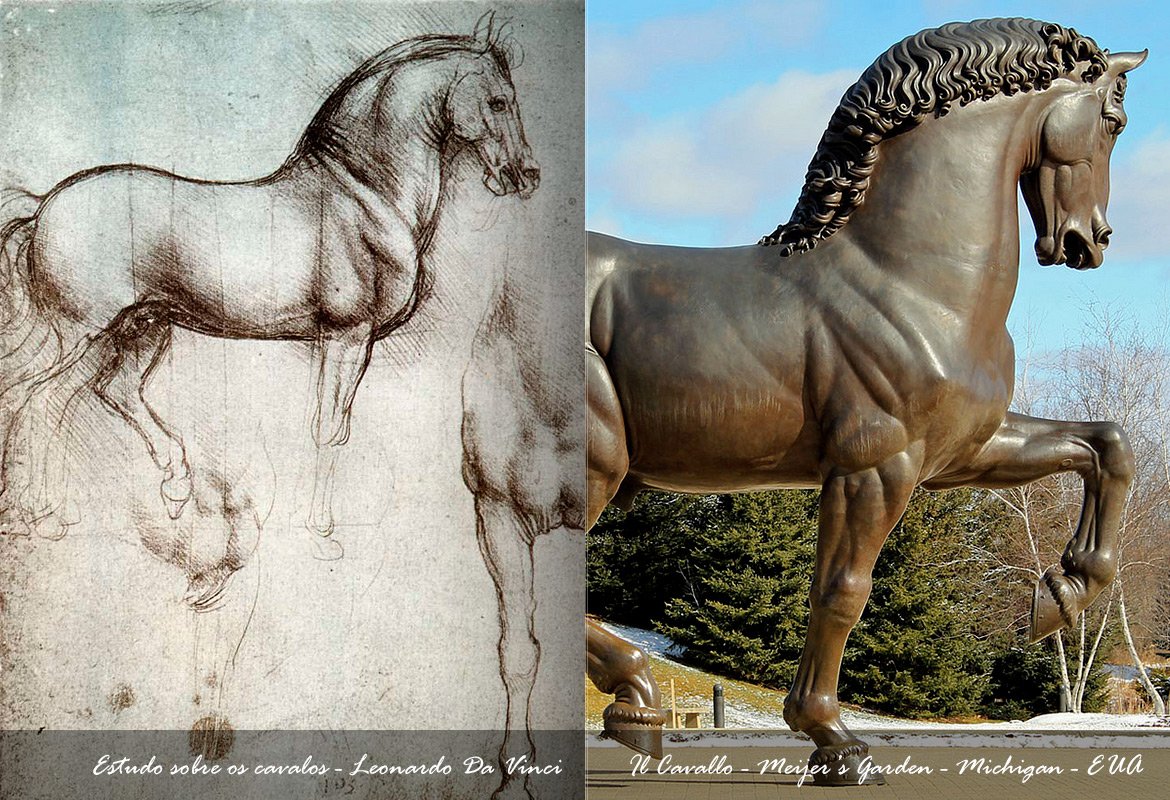 Since he was known to quickly lose interest and move onto other projects, Leonardo Da Vinci is said to have left behind quite a few unfinished works of art. His most famous unfinished masterpiece, however, was left incomplete due to circumstances outside his control. In the fifteenth century, Da Vinci was commissioned by the Duke Of Milan to build a statue of a horse to honor his father. Da Vinci spent twelve years working on the statue, and in 1492 he unveiled the 23-foot tall clay model of his “Gran Cavallo,” which was praised by many as one of the most beautiful works of art ever created. But before the mold of the horse could be cast in bronze, war broke out between France and Italy. The Duke then decided to donate the 200,000 pounds of metal intended for the horse to the military, which used it to build cannons. Da Vinci’s massive horse statue was never completed, and it is said that the invading French archers later used his clay horse model for target practice.

Shortly before his death in 1791, the famed composer Wolfgang Amadeus Mozart was contacted by a mysterious stranger and commissioned to write a Requiem to be played at a ceremony for the man’s deceased wife. Mozart, who was ailing from an unidentified illness, supposedly took the task as a sign of his own impending mortality, and even came to believe that the piece he was composing was actually a requiem for his own funeral. Mozart died before the piece could be completed, and the missing movements were finished by one of his students, Franz Sussmayr. The piece was then given to the mysterious patron, who turned out to be Franz Von Walsegg, an eccentric count who was known for secretly commissioning works of music and then passing them off as his own compositions. Mozart’s wife Constanze eventually identified the piece as belonging to her husband, but beyond this the story is filled with rumors and half truths, and to this day it is not known for certain which parts of the Requiem were altered or added on later, or just why the famed composer became so paranoid and fearful in his final days.