While we’ve all heard of diseases, seen someone with a disease, and had a disease personally, it’s unlikely that we’ve encountered a rare disease. In the non-medical world, people use and interchange disease to mean infection, sickness, illness, or something similar. In the medical world, a disease is an abnormal condition that impairs bodily functions and is often associated with certain signs and symptoms.

Also called an orphan disease, rare diseases are those that are extremely uncommon and often have such low prevalence that a common doctor would not run into more than one case of that disease over a course of years, if ever. Here is a list of 10 diseases that rarely affect people.

Warning: Some of these images are disturbing, younger readers or those not wishing to see these images may want to look at some of the smartest animals. 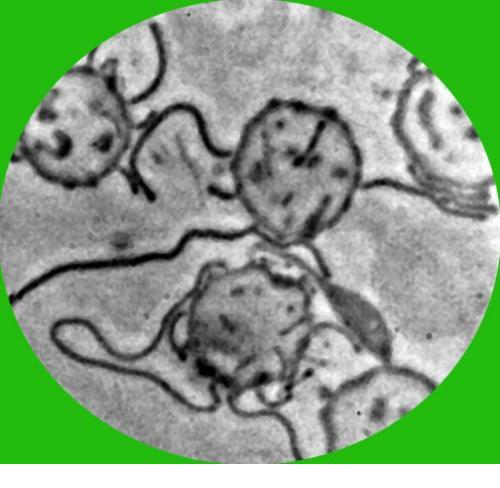 Today, Morgellons stands as a very poorly understood disease that some doctors seem to believe if a chronic infectious disease. Sadly, the disease is usually disfiguring as well as disabling. The disease is classified by biting, itching, or crawling sensations, filaments that grow from the skin, and skin lesions, as well as memory loss, joint paint, and fatigue. Morgellons is still not recognized by the entire medical community, but there have been about 2,000 people within the U.S. who believe they suffer from the disease. Some of the reports are children, who are said to be unable to do normal things such as going to school or playing sports. There is no known cure or effective treatment for Morgellons.

Though there are many forms of pemphigus, paraneoplastic pemphigus is the least common and most serious. PNP is a rare autoimmune bullous disease that causes blistering. Keratinocytes, which are what make up the epidemus, separate from each other, leaving gaps. Many times the gaps become filled with fluid peel off, leaving the skin raw and open to infection. These blisters usually appear in the mouth, throat, lips, and random places on the skin. The disease is also extremely fatal, as 90% of those diagnosed with the disease die due to sepsis, multi-organ failure, or cancer that caused the disease.

Microcephaly is a very rare condition that is noticeable immediately at birth, and sometimes even before. It affects 1 in every 666,666 in the U.S. With microcephaly, the brain is unable to develop properly, or in some cases ceases to grow at all, while the baby is still in the womb. This causes the head to be smaller than a normal infant’s head at birth. Many believe that the disease is caused by exposure to harmful substances while in the womb, exposure to radiation, or genetic problems. The disease is usually paired with Down’s syndrome. Those who have microcephaly are usually mentally retarded and will have issues with hyperactivity, dwarfism, seizures, balance issues, speech and motor problems, as well as others.

Von Hippel-Lindau disease (VHL) is said to affect one in 35,000 people. It is an extremely rare genetic condition that is characterized by the growth of tumors in different parts of the body. Many of the tumors will grow within the central nervous system and are often benign, but are made of blood vessels. Medically known as hemangioblastomas, these tumors can start to grow in the retina, the brain, and the spinal cord. Different tumors are also known to grow on the pancreas, adrenal glands, and kidneys. If left untreated, the disease can cause strokes, heart attacks, and cardiovascular disease.

As rare as it is, Kuru is one disease that is fatal. However, it is so rare that the disease is confined to an area in New Guinea, more specifically the Fore tribe that lives in the highlands. The disease came about as a result of cannibalism, which is a ritualistic practice in which the tissues of others, especially the brain, were cooked and consumed. Those affected with the disease usually become unable to eat or stand, and then about 6-12 months later die in a comatose state. It is said that about 1,100 people died from Kuru during the 1950s and 60s. Because of government intervention and a wide-spread effort to end cannibalism, Kuru has now mostly disappeared.

Fibrodysplasia ossificans progressiva (FOP) is a rare genetic disease that affects the connective tissue. The disease is said to only affect 1 in 2 million people. Around the world there have been 700 confirmed cases of the disease, 285 of those being in the U.S. FOP is classified when the body causes fibrous tissue, such as ligament, muscle, and tendons, to become ossified, or to change into bone when damaged. This means that a fall can cause bone to grow within the muscles and tendons throughout the body. FOP stands as the only disease known that causes one type of organ system to turn into an entirely different one. At birth, the classic symptom of the disease is a malformation of the big toe. There is no known treatment for FOP, as surgery to get rid of the bone, seems to cause the body to produce even more.

Fields’ disease is said to be the rarest disease in the world. It is named after two twins, Catherine and Kirstie Fields from Wales. The disease doesn’t have a medical name, but doctors have been able to call it a neuromuscular disease. The muscles within the body slowly deteriorate, which limits movements. The girls’ disease has been studied by doctors from all over. Because the disease is so rare and unknown, doctors aren’t sure what will happen next. The disease has since limited the lives of the girls, binding them to wheelchairs and making a simple task such as writing, hard.

Usually known as just Progeria, this condition is one that only affects one in about 8 million children born. Most born with the condition only live to be about 13, while others have been able to live into their early twenties. Progeria is a genetic condition that occurs due to a new mutation characterized by the dramatic, rapid appearance of aging beginning in childhood. In most cases, the disease is not inherited, though there has been a case of a similar condition where the parents carry the protein genetically and then pass it on to their children. There is no cure for Progeria, though doctors have tried growth hormone treatment as well as anticancer drugs. Usually doctors try to focus on reducing complications of the disease.

First known and recognized in 1840, polio is a disease that is spread from person to person, or through the means of contaminated food or water. Most cases of polio exhibit no symptoms, unless the disease is introduced through the blood stream. In most cases, polio causes paralysis and muscle weakness. Though a widely spread disease during the early 90’s, polio has since became eradicated in 36 countries. In 2002 Europe stated that it has no seen a case of polio since the poliovirus vaccine. Only four countries in the world as of 2006 still consider polio to be an endemic.

We’ve all heard about smallpox, probably more so about the vaccine itself, which today is rarely used unless there is a high-risk of the disease. It is said that smallpox may have been around in as early as 10,000BC. Smallpox is characterized by a high fever, fatigue, and a rash with flat red sores that can eventually cover the entire body. Many believe that smallpox was one of the deadliest diseases, killing around 300-500 million in the 20th century, in 400,000 each year throughout the 18th century. However, due to immunization worldwide, the last reported case of smallpox was in 1977. Because of this, the disease is said to be extremely rare. Today, the threat of smallpox still exists, but in the form of bioterrorism.