When you think of a river, the last thing you think about is probably how strong its water really is. You are more than likely to think about calm flowing water that brushes over stones at the bottom of the river. Maybe you envision small fish in the river. Whatever you think about, it’s definitely not how powerful the river is.

If you’re one of those people that are fascinated by random yet helpful bits of information, then this top-ten list is for you. Here are the top ten most powerful rivers in the world. This list is based upon the flow rate of the river itself.

The Mekong River is located in China. It runs through Burma, Thailand, Yunnan, Laos, Vietnam, and Cambodia. The Mekong is the 11th longest river in the world and the 7th longest in Asia. The river is said to be about 2,703 miles long. Because of the seasonal changes that cause variations in flow as well as the appearance of rapids and waterfalls in the river, the Mekong is extremely difficult to navigate. This river so strong that the level of the river located in Cambodia is lower than the high tide at sea! In 2000, the river’s rapids and tides became so overwhelming that it flooded, killing about 90 people.

Flowing through Eastern Siberia, the Lena River is the 10th longest river in the world, bringing water 2,734 miles until it flows into the Sea. The river flows northeast and joins with two other rivers and finally flows into the Laptev Sea. The river is known to have strong links to stream flow, especially during the summer and spring when the water is much warmer than usual. Once it is spring, the ice on the Lena River melts before the ice downstream does, which usually causes flooding because ice blocks hinder the flow of water. In 2007, the river over-flooded and more than 1,000 houses and 12 towns were under water. 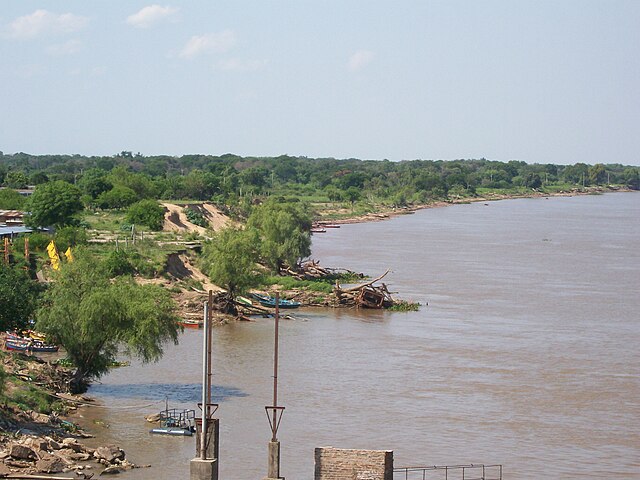 The Parana River is the 14th longest river in the world. Though most of the river is located in Brazil, it also runs through other parts of South America such as Argentina and Paraguay. The river is about 2,485 miles long and flows into three other rivers. On the southern part of the river, flooding is extremely common. The strong currents that the Parana brings have been said to erode river shores, destroy buildings

, and cause many people to have to move out of their homes. The high winds and the El-Nino effect also play big roles in how powerful the river is.

The Yenisey River is the biggest river that flows into the Arctic Ocean. At 3,445 miles long, the river is the 5th largest in the world. The river flows through Mongolia, the Yenisei Gulf, and then drains in the center of Siberia. The upper part of the river is subject to floods a swell as rapids. Because part of the river exits through the Darkhad Valley, studies have shown that it is often blocked by ice. Once the glaciers retreat, it is said that as much as 500km ³ of water could escape from the river and cause a complete debacle.

The Mississippi River is the only river in the U.S. to make the list! The Mississippi River is the second largest in the U.S. It expands across 2,340 miles of land. It starts at Lake Itasca in Minnesota and travels all the way down to the Gulf of Mexico. Those who live along the banks of the river often have to fear its high tides and extremely powerful waters. Many of the levees that have been built to hold back the water have proven extremely unhelpful. In 2008, many were afraid that the river would over-flood even more than it already had. The water was topping levees and many had to be evacuated from their homes.

The Brahmaputra River is located in Bahaduradbad, Bangladesh. It starts in southwestern Tibet, goes through the Himalayas, the Assam Valley, and then through Bangladesh. The Brahmaputra River is about 1,800 miles long and is mostly used for transportation as well as irrigation. While most of this river is navigable, some parts are prone to catastrophic flooding in the spring once the snow of the Himalayans melt. This river is also one of the few that is known to have something called a tidal bare. This means that incoming tides form waves that travel up the river against the direction of the current. This is what researchers call a true tidal wave. This makes the Brahmaputra River that much stronger.

The Yangtze River is the longest river in Asia as well as in China. It is the 3rd largest river in the world. The river stretches to about 3,964 miles and flows through East China Sea in Shanghai. The Yangtze River is known for its flooding, and dams that have been built to prevent water from flowing outside of the river’s banks have proven to be useless. Researchers have realized that the river actually has three different types of floods and that its tides are much too strong during some seasons to prevent water from overflowing. Many use the river for electricity and water transport, but they often, if not always have to live in the fear of their towns being flooded.

The Orinoco River is one of the longest in South America. In fact, it is the 3rd longest in South America. The river is 1,330 miles long and flows through Colombia and Venezuela. It begins at the Delgago Chalbaud Mountain. Once the river passes the forested terrain and waterfalls, it slows. However, the waterfalls become rapids which have proven to be extremely difficult to navigate, even though during this time the river is downstream. Eventually the river dumps into the Atlantic Ocean. The river also experiences coastal upwelling year-round, which often poses a threat for those who live close to the river.

You might know the Congo River as the Zaire River. Whichever name you are familiar with, this river is the largest river in Western Central Africa. At 2,922 miles, the Congo River is the second longest river in Africa. This river is also Africa’s most powerful river. Even though the Congo starts off as a peaceful river, especially near Lake Tanganyika, it eventually begins to widen and also picks up speed during this time. Eventually the water passes through the “Gates of Hell,” which is a 75-mile long canyon that presents rapids that are impassable. At the Upper Congo, the river ends, but has a 60 mile stretch of rapids that make it dangerous and powerful.

The Amazon River is the largest river in the world when looking at its volume. It is located in South America, and because it is so large, it can count for at least 1/5 of the world’s complete river flow. This river is so powerful and so big that there aren’t any points along the river that can be crossed by a bridge. The river has an extremely powerful discharge at the mouth which can release as much as eight trillion gallons of water each day. The river is said to be about 150 ft. deep, so if you’re thinking about going for a swim in the Amazon, think again!