Of course, coincidences happen all the time: we were just thinking of someone when they call us on the phone, or we have this song in mind when it suddenly plays on the radio. Most of the time they don’t mean much, but every once in awhile there is a coincidence that’s outright spooky, or one that has a major impact on world events. When these coincidences are positive in nature, we call them synchronicity or even serendipity; when they are not, however, we call them catastrophes. So here is my list of the ten most astonishing, remarkable, or just plain eerie coincidences in history and how they impacted the world—or, at very least, left people wondering.

This one is strange no matter what way one looks at it. In 2002 a pair of 70-year-old identical twin brothers from Raahe, Finland were hit and killed by trucks while riding their bicycles in a snowstorm. The catch? They were killed in separate accidents on the same day along the same stretch of road only about a mile apart. Additionally, as the second accident occurred just two hours after the first, the second brother hadn’t even learned that his brother had been killed earlier (thereby eliminating suicide as a possible explanation) and making this truly one for the record books.

Of course, unusual coincidences between identical twins are not unheard of; there are dozens of cases on record of twins separated at birth reuniting years later to discover they possess similar mannerisms, food preferences, work at similar jobs, etc. and, in one case, even married and divorced spouses with the same name, and then remarried another person also with the same name! So why not die the same way, on the same day, on the same road? Makes sense to me. 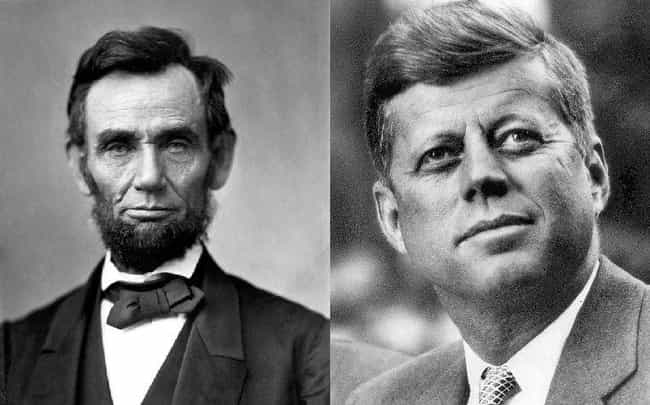 This one is an old story, but worth recounting because it is so unusual. It revolves around an unusual number of coincidences that occurred between Presidents Kennedy and Lincoln in regards to their assassination. For example, both men were elected 100 years apart (Lincoln in 1860, Kennedy in 1960); they were both succeeded by Southerners named Johnson, and the two Johnsons were born 100 years apart (Andrew in 1808, Lyndon in 1908). Both assassins were born 100 years apart (Booth in 1839 and Oswald in 1939) and both died before they could be brought to trial. Lincoln was shot in a theater and his assassin was cornered in a warehouse, while Kennedy was shot from a warehouse and his assassin was captured in a theater. Finally, Lincoln was shot in Ford’s theater, while Kennedy was shot while riding in a Ford Lincoln, and to top it all off, Kennedy had a secretary named Lincoln (Evelyn Lincoln) while Lincoln had a secretary named Kennedy. The list goes on from there and has been the source of considerable debate ever since. Of course, mathematicians have been quick to spoil all the fun by trying to show how all these things were bound to happen despite the long odds, which is why most people consider mathematicians poor party conversationalists.

8. Gavriol Princip and the Archduke 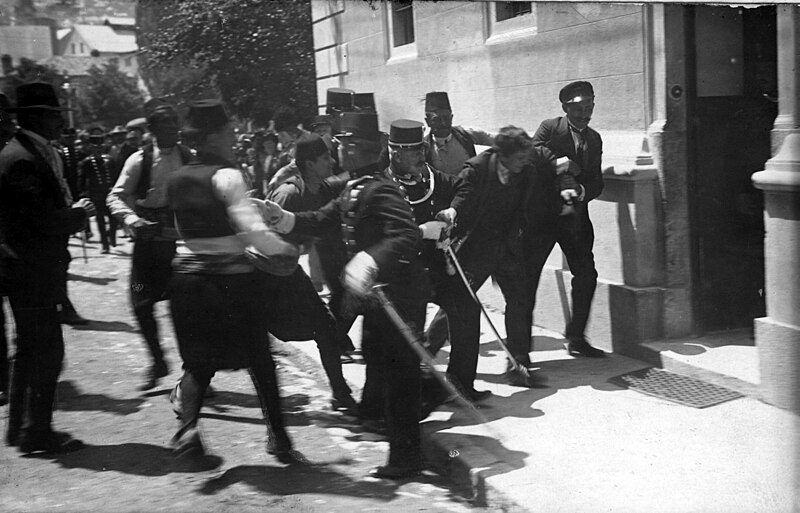 This picture is often said to depict the arrest of en:Gavrilo Princip, although several scholars say that it depicts the arrest of Ferdinand Behr, a bystander who was initially suspected of involvement in the assassination

It’s unlikely the twenty-year old Bosnian peasant realized that his actions would set the course for the rest of the twentieth century, but that’s exactly what it did when the man took out his pistol and shot twice at the motorcade carrying Austro-Hungarian leader Archduke Franz Ferdinand and his wife, Sophie, one beautiful June day in 1914. Killing both of them, their deaths set off a chain of events that would plunge the world into one of the bloodiest wars in history and sow the seeds for the advent of Communism and Nazism over the next few decades. And the sad thing is, it need never had happened except for a single, remarkable coincidence; Princip, it turns out, was part of a band of conspirators intent on killing the Archduke that day, but he had largely given up once the days earlier attempt to kill the man with a bomb failed. Ducking into a café for a quick bite to assuage his disappointment—as well as his appetite—he had just stepped outside when he spotted the Archduke’s car stopped before his very eyes not twenty feet away. The driver had apparently taken a wrong turn and, in the process of backing up, had killed the engine, leaving the Archduke and his wife sitting ducks. Thinking quickly, he pulled his pistol and the rest is, as they say, history—all because the Archduke’s driver got lost and Princip had a taste for bologna.

In a somewhat grisly coincidence, it seems that two women, Barbara Forrest and Mary Ashford, were both victims of a similar crime committed in the tiny village of Erdington, some five miles outside of Birmingham in England. Both twenty-year olds—who happened to share the same birthday—had been raped and strangled, their bodies were found 300 yards apart, and both had been found on the same day—May 27th—157 years apart (1817 and 1974)! Even more remarkable, both had just visited a friend that evening, both had changed into a new dress that night, and both had gone to a dance (where they presumably met their killer).  Still not remarkable enough for you? How about the fact that the man accused in both their crimes was named Thornton, and that both Thornton’s were eventually acquitted for the crime? Reincarnation? Coincidence? Who knows? 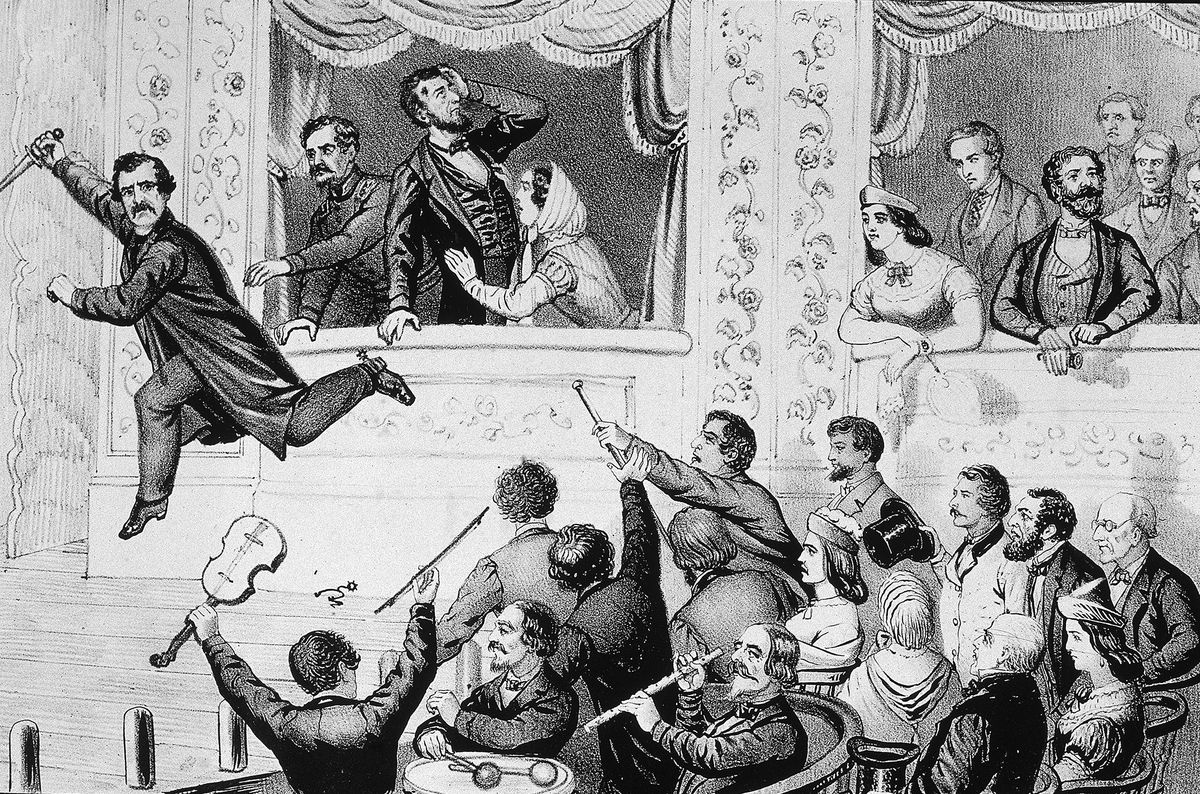 No, not John Wilkes and Abraham. Edwin and Robert. Turns out that a few months before John Wilkes Booth obtained notoriety for murdering the President at Ford’s Theater, the President’s son, Robert Todd Lincoln, was waiting on a narrow, crowded platform for a train in Jersey City, New Jersey when he lost his footing and fell beneath the slowly moving carriage of a departing train. Pulled to safety before any harm befell him, he turned to thank his rescuer and was surprised to see it was the well known actor Edwin Booth, the brother of John Wilkes.

In what could only be considered one of the most remarkable coincidences in history, the son of a president was rescued by the brother of that president’s assassin! But then, Lincoln’s only surviving child had a knack for such coincidences, being present at the assassination of President Garfield in 1881 (he was Garfield’s Secretary of War at the time and an eyewitness to the event) and of President McKinley in 1901. I suspect invitations to the White House leveled off a bit after that.

5. The Saga of the Mark Chapmans 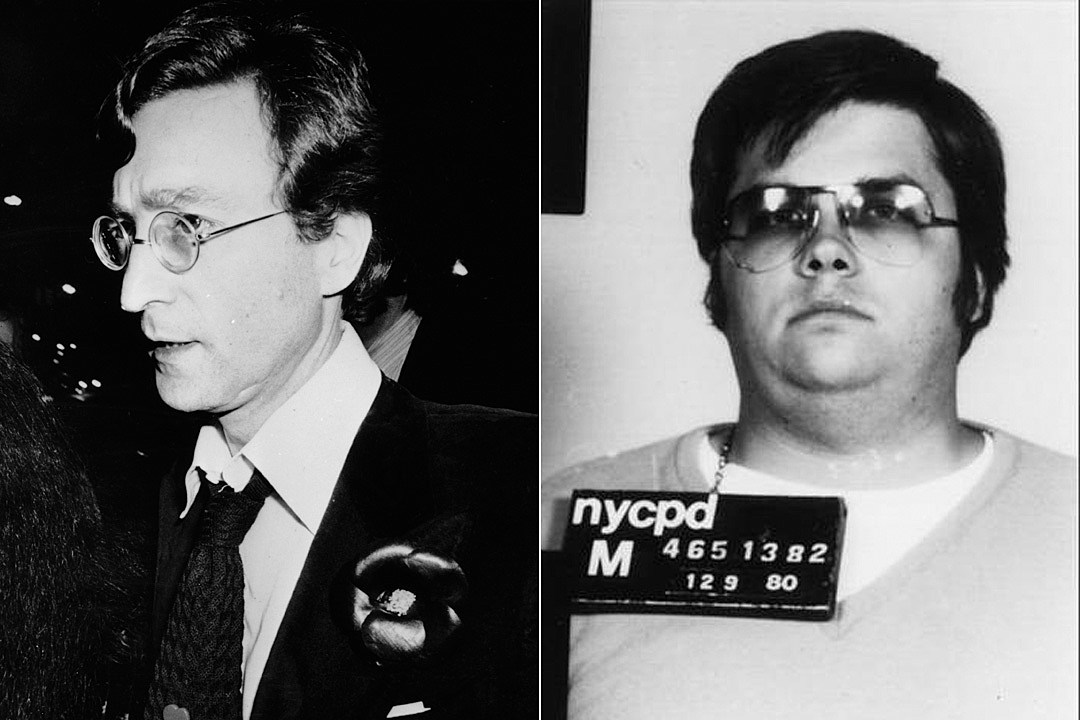 In December of 1980, Beatles singer, songwriter, and guitarist John Lennon was shot and killed by an obsessed fan in front of the Dakota Apartment Complex in New York City. His assassin was a man named Mark Chapman, a schizophrenic night security guard and general loser, who has been cooling his heels ever since in Attica Prison in upstate New York. Five years later, NBC decided to do a biographical film about Lennon and his wife, Yoko Ono, entitled John and Yoko: A Love Story.

Unfortunately, the actor they hired to play Lennon, unbeknownst to them, happened to be named Mark Chapman, making for one of those “you gotta be kidding me” moments Hollywood occasionally suffers from. Once news of the fact broke, the studio quickly recast the role—presumably giving the part to someone who was not named Mark Chapman—and life went on as normal as possible for those who live in the Twilight Zone. However, Mark Chapman (the actor, not the crazed gunman) got his just rewards by playing Lennon in a 2007 dud called Chapter 27. Apparently, by then looking like John Lennon but having the same name as his assassin was no longer considered weird for some reason.

4. The Deaths of Presidents Jefferson and Adams

Though both men turned out to be bitter political rivals later in their careers (Jefferson was Adams Vice-President until he went on to beat his own boss in the election of 1800) the two men did share their love for country. As such, both men were instrumental in drafting the Declaration of Independence which, as everyone knows, was first signed on July 4, 1776. What most people don’t know, however, is that both men were also to die on the same day, July 4, 1826, exactly fifty years to the day the document was first ratified. How’s that for timing? 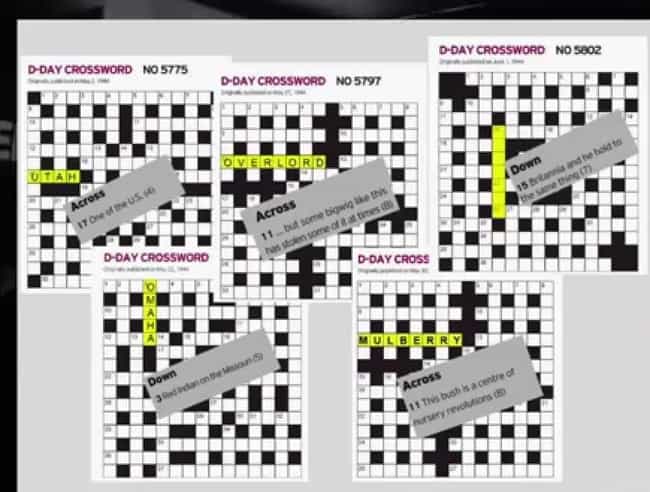 In what has to be one of the biggest long-shots in history, in May of 1944 retired school teacher Leonard Dawes, who had been compiling the daily crossword puzzle for London’s Daily Telegraph newspaper for over twenty years, put together a series of puzzles that somehow managed to include the names of two of the landing beaches—Utah and Omaha—along with several other super secret code words like Overlord, Mulberry, and Juno nobody outside of General Eisenhower’s staff was supposed to know.

Assuming Dawes was a German agent, they instantly interrogated the man, only to release him a short time later once they became convinced the words were entirely randomly chosen. While the chances of inadvertently using one of the code words is not remarkable, Dawes puzzles contained no fewer than five code words—all over the course of two weeks. The odds for such a thing happening has to be considered close to one-in-a-billion, but I’ll leave that for the mathematicians to figure out.

2. Titanic vs. the Titan

In what has to be considered one of the truly spooky coincidences of all time, in 1898 author Morgan Robertson (1861-1915) wrote a novella entitled Futility, or the Wreck of the Titan in which he outlined the voyage of a British luxury liner, HMS Titan, that hits an iceberg while crossing the northern Atlantic and sinks with a large loss of life—in part, due to the lack of sufficient lifeboats onboard. The similarities between the fictional story and the real-life loss of the luxury liner with very nearly the same name 14 years later was extraordinary: both the fictional Titan and the real Titanic were triple-screw luxury ships about 800 feet long that hit an iceberg in the month of April while traveling at around 25 knots, resulting in the death of some 2500 souls. While not identical in every detail (in Robertson’s story, the Titan capsizes and sinks quickly while the Titanic remained upright and sank slowly over the course of a couple of hours), the similarities are nothing if not amazing. Evidence of precognition? Impossible to say, but something to think about next time you read a Tom Clancy techno-thriller. There may be literally thousands of people out there at any given moment who would like to kill the President of the United States. Of these, only a tiny fraction actually possess the means to do so (skilled with a firearm or explosives, etc.) and of these, almost none of them will ever be afforded the opportunity to do so. This is what makes Oswald’s case so remarkable; consider that here is an ex-Marine sniper with Marxist leanings and a desire to make himself famous by killing a world leader, who purchases a high powered rifle through the mail for fifteen bucks, and then somehow gets a job at the one place the President of the United States’ motorcade is going to pass within fifty yards of just a month beforehand. Quite a remarkable coincidence that was to provide Oswald, who already had the means and the motive, with the opportunity to commit one of the most heinous crimes in history, and one that remains controversial to this day. What if he hadn’t gotten the job at the Schoolbook Depository Building on October 16, 1963? Impossible to say for certain, but it’s a near certainty he would not have had nearly the fine perch the City of Dallas was to provide him that sunny November afternoon.