It seems like every other week nowadays we see a trailer for a new movie that seems so terrible that we can only roll our eyes and wonder how such a film could have gotten funded in the first place. The answer is simple: Hollywood funds films that they believe will make money. As a result, we now have a second Smurfs movie in production while legitimately good films are stuck in production hell. This is a list mourning the fates of ten of the greatest films that never got to be completed.

They are ranked in alphabetical order by the director’s last name.

This film is a bit tricky to explain. It’s true that the Disney adaption of Edgar Rice Burroughs’ Barsoom series entitled John Carter was released last month. However, the film that I want to talk about in this entry was a fully animated version of Burroughs’ novel A Princess of Mars, the first in his Barsoom series, that was envisioned by famous Looney Tunes director Bob Clampett. Clampett actually collaborated with Burroughs and his son John Coleman in 1935 to create raw animated footage to pitch to MGM studios. The footage included rotoscoped drawings of an athlete standing in for John Carter, Green Martians riding “eight-legged thoats,” and a fleet of rocket ships emerging from a Martian volcano. However, the test footage received poor reactions from test audiences. As a result, the entire project was abandoned. If the film had been completed, it would have beaten out Walt Disney’s Snow White and the Seven Dwarfs as the first American feature-length animated film by at least one year. 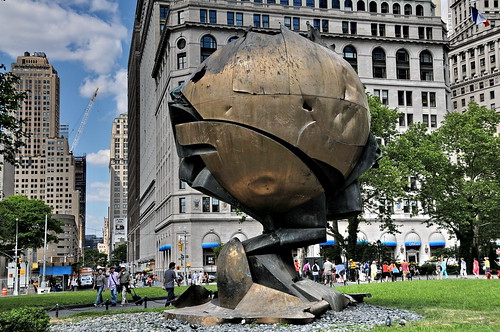 We continue this list with legendary director Francis Ford Coppola, a man who is no stranger to films with unspeakably difficult productions. Having helmed such classic and groundbreaking films as The Godfather series, Apocalypse Now, and the Palme d’Or winning The Conversation, the thought of Coppola directing a massive epic film in the style of Cecil B. DeMille seems like a film-lover’s dream come true. The film, entitled Megalopolis, would have followed the reconstruction of New York City after a “disastrous incident.” Coppola intended to fund his vision independently, using the funds he made from his three studio films from the 90’s (Bram Stoker’s Dracula, Jack, and The Rainmaker) to finance it. He even filmed a reported 30 hours of second unit footage around New York City. So what happened?

September 11th. In an interview after the attacks, Coppola stated, “It made it really pretty tough… a movie about the aspiration of utopia with New York as a main character and then all of a sudden you couldn’t write about New York without just dealing with what happened and the implications of what happened. The world was attacked and I didn’t know how to try to do with that. I tried.” While he hasn’t ruled out making the film in the far future, it doesn’t look like we will be seeing his vision any time soon. (Image by FaceMePLS – The Sphere, a sculpture by Fritz Koenig, originally stood in a WTC lobby and is now at Battery Park.)

Arthur C. Clarke’s seminal Rendezvous with Rama is one of the most important and influential hard science fiction novels ever written. The story follows a group of astronauts who explore a 31-mile long cylindrical alien starship that drifts into our solar system. As a distinguished piece of science fiction, it only stands to reason that Hollywood would try to cash in on it (just as they would try to do with the book that inspired entry number six on this list). The most promising adaption saw none other than Morgan Freeman vying for producer and David Fincher as director. However, the film has been stuck in development hell. One of the main reasons was that Freeman said that the only way to make the film would be to use the technology from James Cameron’s Avatar to make it 3-D. This has been complicated by the fact that several times in the past Fincher has reportedly abandoned the project. However, movie nerds should rejoice because Fincher has retracted these statements and said that he and Freeman are still planning to make the film in a few years.

Considering that Alfred Hitchcock is widely considered one of the greatest directors to ever live, the news that he wasn’t able to finish a film is nothing short of a tragedy. The film that Hitchcock was never able to complete was tentatively entitled Kaleidoscope. As fans of Hitchcock’s work can testify, in his later years he began to depict sex and violence much more graphically than before, the most famous example being the infamous shower scene in Psycho. However, if Hitchcock had been allowed to make Kaleidoscope the way he intended, it would have blown Psycho’s adult content out of the water. The film would follow a “necrophiliac serial killer in New York City.” Let that sink in for a moment. Even more shocking is that the killer would be the main character! Hitchcock was not able to get his film accepted by any studio and he would eventually cannibalize many of the film’s ideas for the 1972 film Frenzy. While Frenzy was in itself a disturbing and graphic film, it was not nearly as shocking and explicit as Hitchcock’s original vision.

Much like the aforementioned Rendezvous with Rama, Frank Herbert’s Dune is one of the true masterpieces of science fiction. Known for its truly epic scale and size, adapting Dune for the screen would be no small feat. But that didn’t stave off director Alejandro Jodorwsky, director of such cult classics as The Holy Mountain, Santa Sangre, and El Topo. Jodorowsky’s script for his adaptation would have resulted in a 14-hour movie. But that’s not all. Jodorowsky was planning to cast Orson Welles as the Baron Vladimir Harkonnen and Salvador Dalí as the Emperor Saddam Corrino IV. The film’s soundtrack would have been comprised of new material by such artists as Pink Floyd and Karlheinz Stockhausen. Pre-production for the film consisted of a team comprised of such legendary artists as Chris Foss, Jean Giraud (Moebius), and H. G. Giger. If Jodorowsky had been able to complete his film, it literally would have been the likes of which nobody had ever seen or comprehended before. But the production fell through, the rights for filming Dune were sold, and- instead of the olympian space epic that Jodorowsky had in mind- audiences were given a mediocre adaptation by David Lynch.

Stanley Kubrick is one of the very few directors who could make a legitimate claim to having never made a bad film. Kubrick’s legendary perfectionism and craftsmanship led to several films which have since been named the greatest ever made, such as Dr. Strangelove or: How I Learned to Stop Worrying and Love the Bomb, 2001: A Space Odyssey, and A Clockwork Orange. His untimely death in 1999 prevented him from completing what could have been the greatest film of his career: a large scale biopic of Napoleon Bonaparte. When he died, Kubrick had done a massive amount of pre-production work, such as scouting locations, writing a script, and enlisting the help of the Romanian army to film the epic battle scenes.

While Kubrick has passed on, his script has survived and can be read online. Considering how another one of his uncompleted projects, A.I. Artificial Intelligence, was completed after his death by other filmmakers, it stands to reason that one day somebody might use Kubrick’s script and create the film that he always dreamed of.

4. The Game of Death

Considering his massive influence on the film industry, it is tragic to learn that Bruce Lee died before he could complete what would be his last feature-length film: Game of Death. While working on it, Lee was offered the chance to star in Enter the Dragon, a film that would be the very first kung fu film produced by a Hollywood studio. So, Lee put the production of Game of Death on hold while he completed Enter the Dragon. However, he died before he could return to work on Game of Death. Thankfully, over 100 minutes of footage was completed before Lee died. Some of this precious celluloid was misplaced in the Golden Harvest archives in Hong Kong, but Robert Clouse (director of Enter the Dragon) used the rest, plus some new footage to cobble together a film that was released in 1978. The 1978 film was also entitled Game of Death, but Bruce Lee’s original vision for the film is forever lost.

Read more about how freaking awesome Bruce Lee really was.

Who Killed Bambi was originally envisioned as a punk rock version of The Beatles’ A Hard Day’s Night. The film was set to star the British band The Sex Pistols, the direction of nudie-cutie legend Russ Meyer, and a screenplay helmed by none other than Roger Ebert. Yes, THAT Roger Ebert. Roger Ebert would later claim that only a day and a half’s worth of shooting was ever completed before their production company, 20th Century Fox, pulled all of the film’s funding after reading the script. What little footage that survives includes the singer Sting assaulting Sex Pistols’ drummer Paul Cook. In 2010, Ebert posted the complete screenplay of Who Killed Bambi on his blog. Maybe it’s a good thing that the film was never completed. Considering how violently the Sex Pistols’ music rocked society, a Sex Pistols’ film may have signaled the start of the Biblical Apocalypse.

While most people may be more familiar with the increasingly odd antics of his brother, Joaquin, the legacy of River Phoenix has lived on in the hearts of lovers of independent filmmaking. After establishing himself as one of the most promising young actors of his generation in such films as Stand by Me and My Own Private Idaho, River died of drug-induced heart failure in 1993 at the age of 23. His timing was particularly unfortunate considering that at the time of his death he was working on a film entitled Dark Blood with director George Sluizer. The film was supposed to follow River as a character simply named ‘Boy’ who makes dolls that he believes contains magical powers while living on a nuclear testing site. With only eleven days of shooting left at the time of River’s death, the film was abandoned. At the current time of the writing of this article, Sluizer has announced plans to released the film in 2012 with the aid of Joaquin Phoenix. However, said film reportedly contains many changes from the original film envisioned in the early 90s.

Orson Welles may very well be the patron saint of uncompleted film projects. While frequently cited by critics and other filmmakers as one of the greatest directors who ever lived, he found great difficulty in finding financiers for his projects. The great challenge in writing about Orson Welles in the context of this list is picking just one of his unfinished projects. I could have easily written about his abandoned productions of Don Quixote, The Merchant of Venice, and The Other Side of the Wind. But I’ve instead chosen his little-heard-of plan to film Joseph Conrad’s Heart of Darkness. The film would have been Welles’ very first. Welles intended it to be done entirely in long takes from the point of view of Marlow (played by himself, of course) as he sailed down the river. The film was meticulously planned out but ultimately failed to gain funding, as it was impossible to complete on budget. It was because of his failure to finish Heart of Darkness that Welles was forced to begin work on another film…one that would later be entitled Citizen Kane.