The old rock ‘n’ roll cliché is to live fast and die young. But these rockers flipped the script, died, and then went on to release album after album, even after some of their bandmates passed away.

Just when the Giraffes were about to break out from the underground in 2005, frontman Aaron Lazar had a heart attack at age 27. And not just any old heart attack,  but sudden cardiac death. A quick thinking girlfriend flagged down some paramedics who brought Lazar back to life with a defibrillator. When discharged from the hospital, Lazar found himself on the receiving end of an implantable cardioverter-defibrillator permanently installed in his chest. Warned to avoid over-stimulation, Lazar went right back on stage and kept on rockin’. Only three months later, Lazar’s defibrillator kicked on in the middle of a Giraffes set while Lazar kept playing. The Giraffes self-titled effort followed that same year, but the traction seemed to be lost for the band as a whole.

The Giraffes soldiered on for a couple more years and a couple more albums until Lazar left the band in 2011. At the time of writing they’re giving it another go — hopefully they’ll find the success that has eluded them for the past decade.

Between the Beatles of the late ’60s and Queen in the early ’80s, it can be argued that Slade was the most popular rock band in Great Britain in the ’70s. With 12 Top Five UK singles in the early ’70s, Slade was on top of the world (well, on top of Britain, having never scored a Top 10 hit in the United States) when their drummer Don Powell had a serious car accident that took the life of his girlfriend. Powell’s heart stopped beating twice immediately following the accident and he suffered such severe head trauma that he was in a six day coma with memory problems that linger to this day.

So, what do you do to mark the 40 year anniversary of the death of your girlfriend and the accident that changed your life? You release an autobiography outlining the events in graphic detail and call it Look Wot I Dun – My Life in Slade. 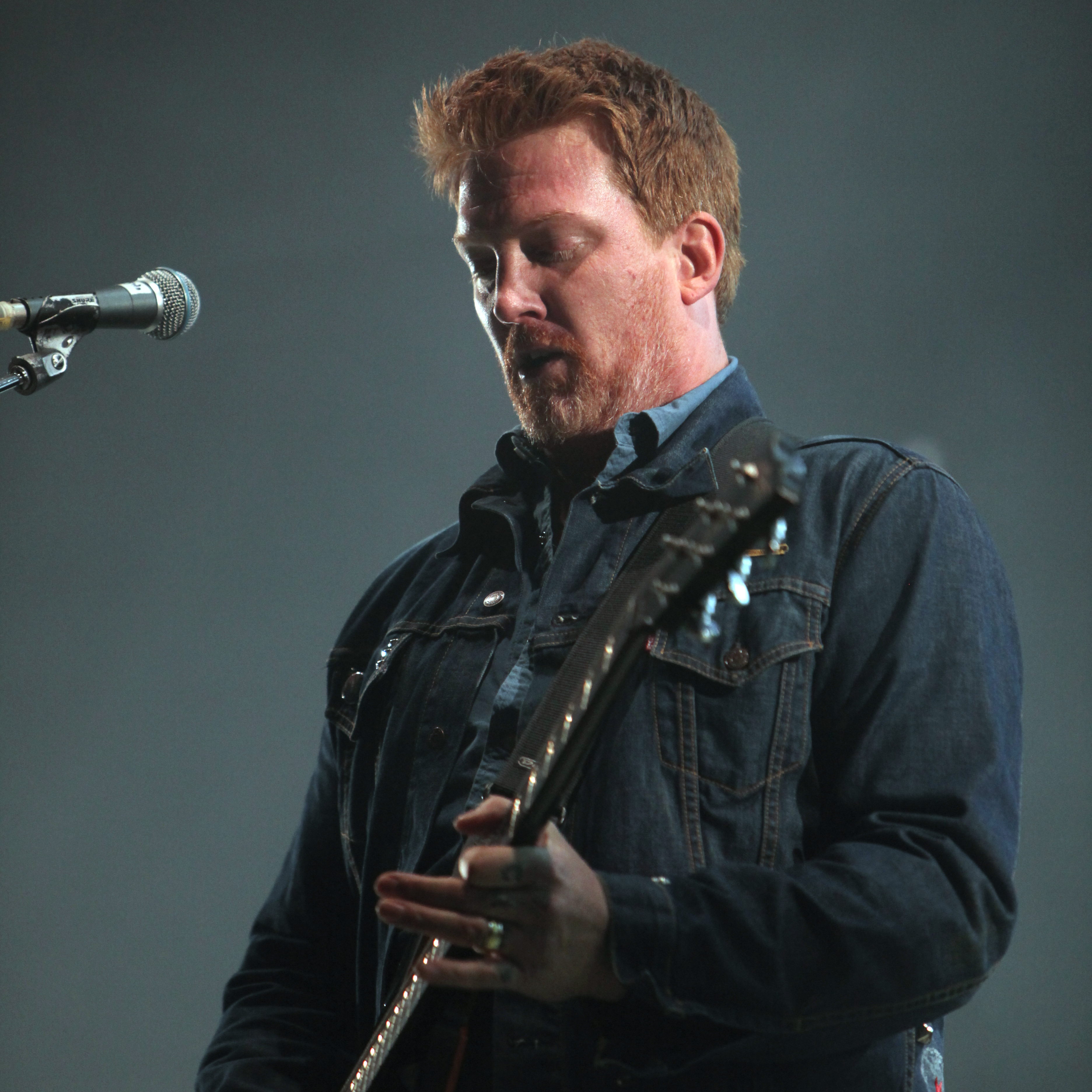 Josh Homme, the lead singer of Queens of the Stone Age, was an underground hero when they broke through to the mainstream in 2002. Soon after, trouble found him in the form of fighting as he was sentenced to three years of probation and a stint in rehab for assaulting the lead singer of the Dwarves in 2004. As opposed to the controversy seeking Dwarves, the Queens of the Stone Age are a fairly straightforward, talented rock band, having been nominated for multiple Grammy Awards.

When not fronting Queens of the Stone Age, Homme is known for his time in the bands Kyruss, Eagles of Death Metal and Them Crooked Vultures. More known for staying busy than getting into trouble, it was shocking news to learn that Homme had died in 2010. As opposed to many others on the list, Homme’s death stemmed from a poorly executed knee surgery. Medical malpractice isn’t exactly sex, drugs, and booze, and luckily Homme was revived on the operating table. 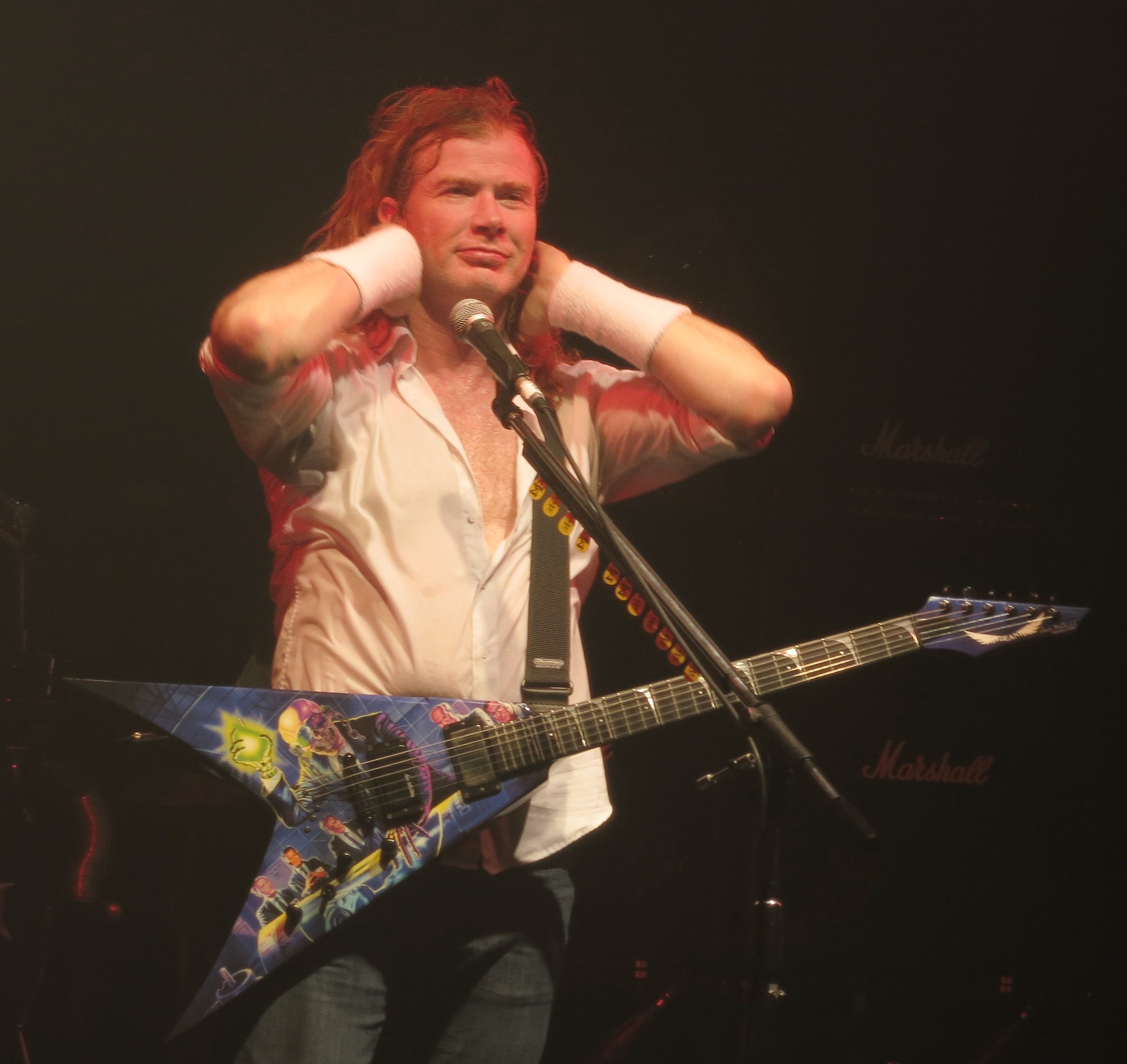 As the original lead guitarist of Metallica, Dave Mustaine was kicked out of the band in 1983 for drinking too much. Getting kicked out of Metallica for drinking too much is quite the feat, but Mustaine went on to a successful career with his own project, Megadeth, for 30 more years. During those years he drank, did a ton of drugs, became a hero of thrash metal, and then became a born again Christian.

The complicated and ever evolving Mustaine, who by some accounts has gone through rehab over a dozen times, revealed in his 2011 autobiography Mustaine: A Heavy Metal Memoir that he had indeed died and then returned to the land of the living. Details of his brief interlude into the afterlife are vague, and interestingly enough that wasn’t the tipping point that led Mustaine to a conversion to Christianity. That came with a brush with losing the use of his arm, without which he couldn’t play the music that helps give his life meaning. 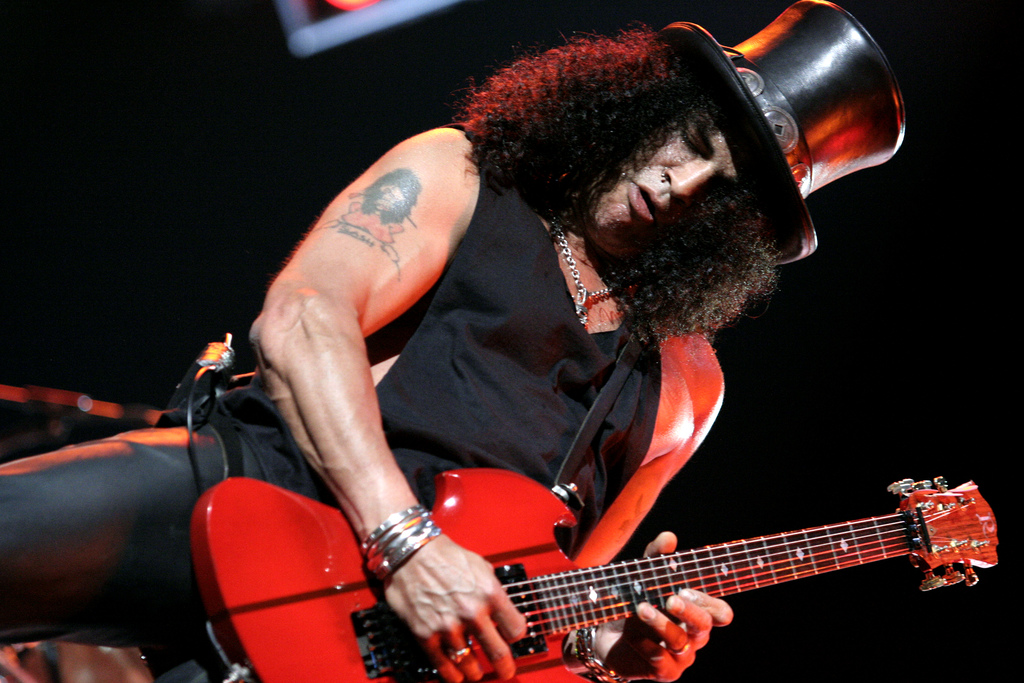 We could have been lazy and basically said the original lineup of Guns N’ Roses — Steven Adler has cheated death a number of times with his reward being stints on the reality show Celebrity Rehab, Izzy Stradlin put himself in a three day coma and Duff McKagan’s brush with pancreatitis was described as grave. But it was Saul Hudson, a.k.a. Slash, who took his addictions up to the very edge. Slash was such a hardcore drug user that he overdosed, died, then checked himself out of the hospital on the very same day. Since then Slash has stayed busy, forming Slash’s Snakepit, selling tons of units with Velvet Revolver, and is now on tour with his third solo effort. Want a more detailed description of Slash’s years of addiction? Try his 2007 autobiography simply called Slash.

Primarily known as the lead singer of the immensely influential metal band Pantera, Phil Anselmo is yet another victim of substance abuse. We almost had to use the word was, because in 1996 Anselmo overdosed after a show and was dead for five minutes before being resuscitated. Tensions in the band continued to escalate afterwards and the group blew apart at the start of the new millennium. Vinnie Paul and Dimebag Darrell went on to form the band Damageplan and Anselmo focused on his other band, Down, where bass player Rex Brown would later join him.

Anselmo is currently promoting Down’s latest album IV Part II and is also known for the defunct Superjoint Ritual, a solo effort, and for being in a slew of other obscure metal bands. Of course there is a book, this time coming from Rex Brown, who documents the rise and fall of Pantera in the pages of 2013’s Official Truth 101 Proof. 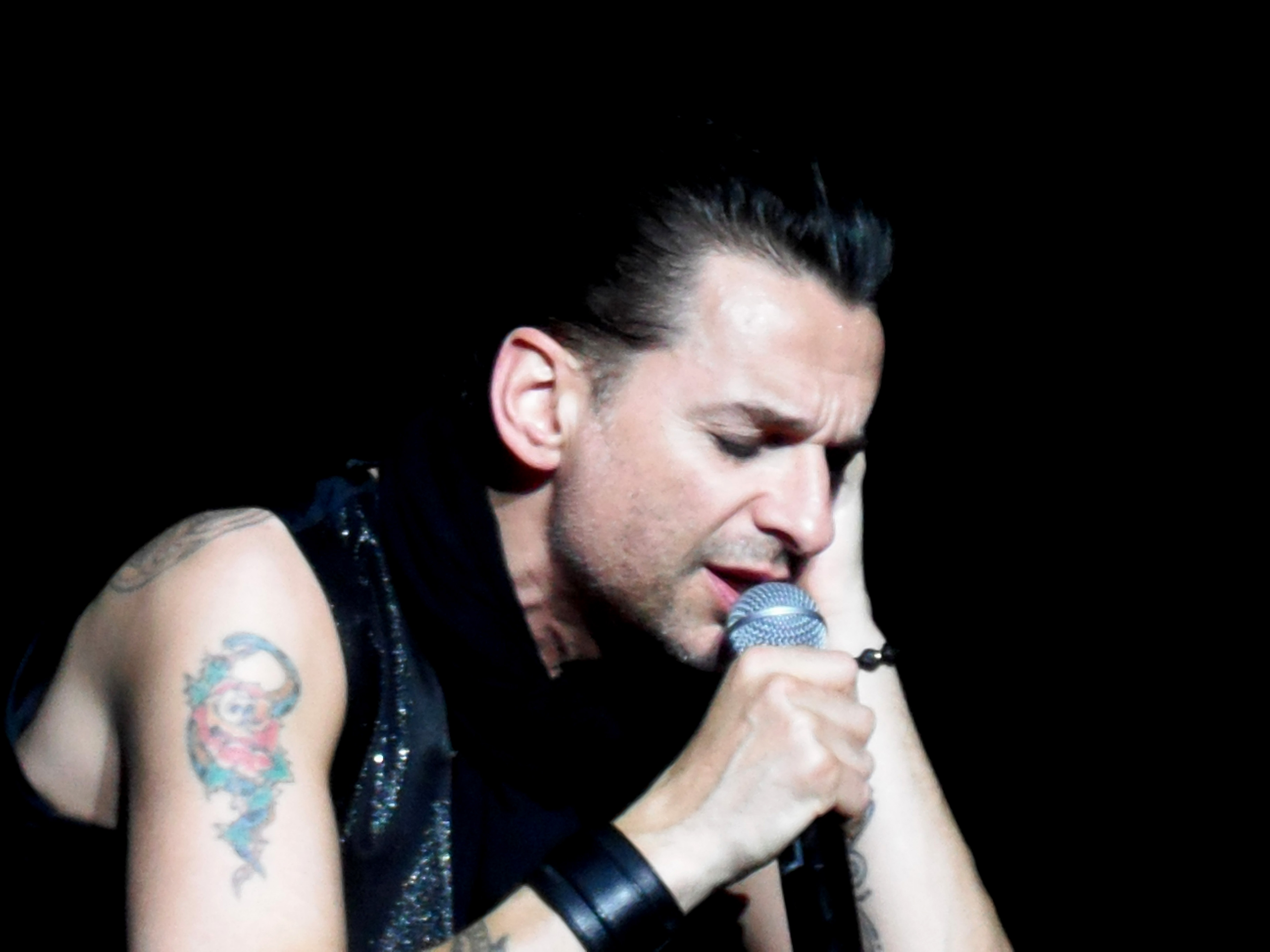 Going from one end of the musical spectrum to the other, Dave Gahan has been the lead singer and driving force behind the pop band Depeche Mode for nearly 35 years. Depeche Mode is one of the most popular bands in western Europe, putting 50 singles and a dozen albums on the UK charts alone. In 1996 Gahan overdosed on heroin and cocaine and for two minutes was dead. His recollection of his death? He saw only darkness and “it scared the (crap) out of me.”

With the usual stories of addiction rounding out Gahan’s biography, including one where paramedics nicknamed him “the Cat” because they had gone to his house so many times they gave him the gratuitous nine lives moniker, Gahan also tried multiple times to clean up, putting out solo efforts and staying prolific with Depeche Mode, never going more than four years without a release. Today Gahan’s health problems are those of the run-of-the-mill 50 year old: torn muscles and gastroenteritis. 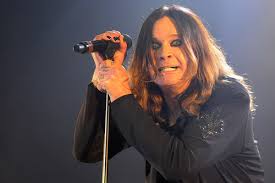 When you think of obscene amounts of drug abuse across a lifetime, the first two names that probably pop into your head are Ozzy Osbourne and Keith Richards. Guess what? Ozzy Osbourne did die in 2003 due to… an ATV accident? The story is that Ozzy was horsing around on an ATV when it flipped up and landed on him, breaking eight of his ribs amongst other injuries. Ozzy recovered to do yet another stint at Ozzfest. Staying busy touring to promote new solo efforts and even re-uniting with Black Sabbath to release 13, it seems like Ozzy is never far from the spotlight.

Ozzy posted online during 2013 that he had lapsed back into drug and alcohol habits. Now that Ozzy is 65, maybe he should settle on moderation as opposed to quitting. Besides his reality TV show The Osbournes, Ozzy wrote an autobiography in 2009 titled I Am Ozzy and the ghost writer said there was so much material left out that there was probably going to be an I Am Ozzy 2. And don’t forget Ozzy’s documentary God Bless Ozzy. 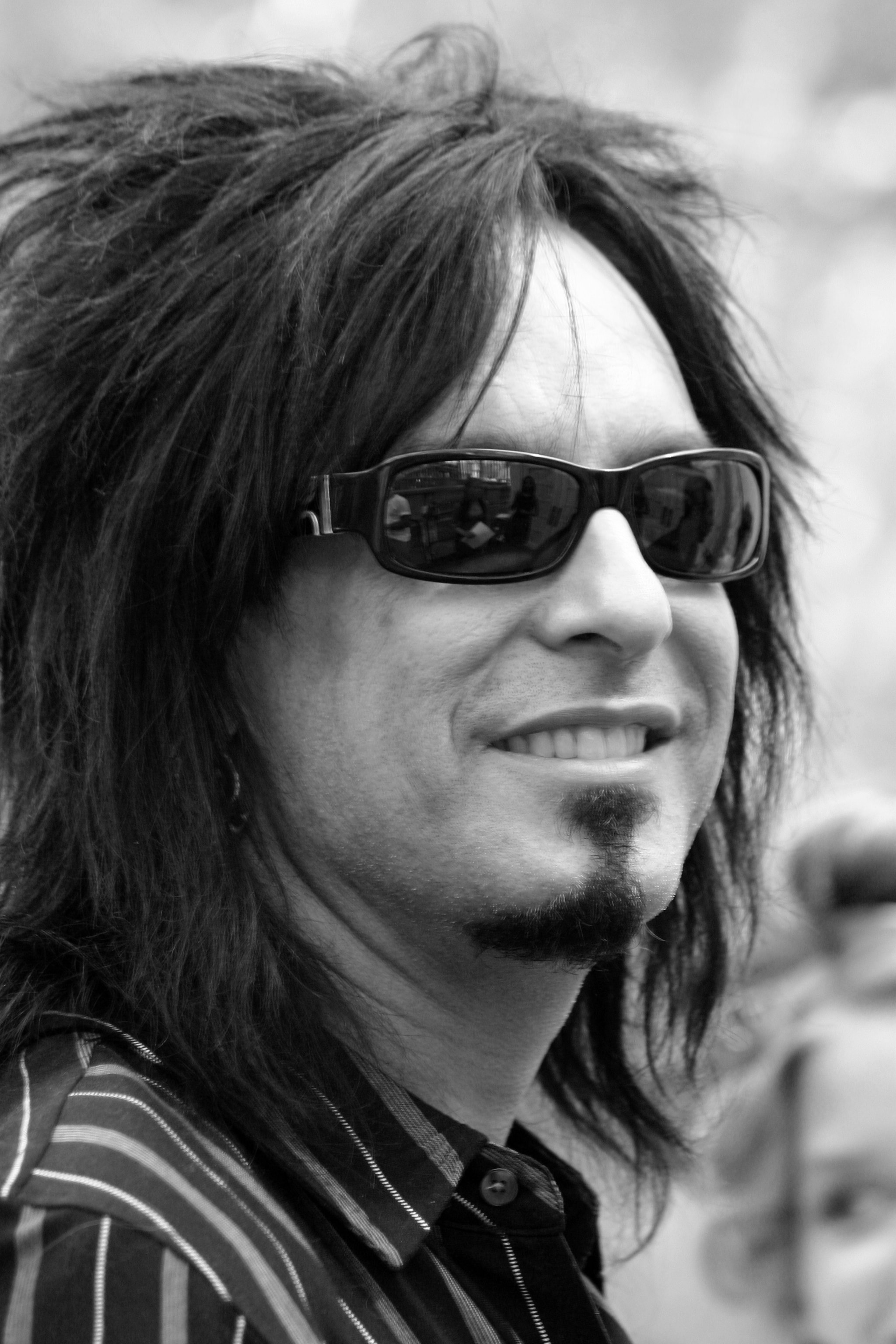 Bassist and songwriter Nikki Sixx of Motley Crüe fame was once more well known for ingesting copious amounts of drugs than his work with the Crüe. As outlined in his 2007 autobiography The Heroin Diaries: A Year in the Life of a Shattered Rock Star, Sixx died in the clutches of addiction in 1987, only to be revived by two adrenaline shots. Instead of hiding from this fact, Sixx wrote the Grammy-nominated “Kickstart My Heart” a year later. Not only does it seem like “Kickstart” is more popular today than when it was written, but Sixx is on a two year farewell tour with Motley Crüe, started his own successful band Sixx AM, has his own clothing line, has his own radio show, and still writes and produces material for other artists.

What’s even more amazing is that Denis Leary once said “you could lock Motley Crüe in a room with two tons of (drugs) and they’d come out half an hour later, goin’ ‘Rock on Man.’” Sure enough, all four original members are circling the globe as you read this.

When promoting his excellent book Ministry: The Lost Gospels According to Al Jourgensen, Jourgensen admitted that he, in fact, died three times across the span of his lifetime. Seemingly each time he came back to life he hated George Bush and Ministry bandmate Paul Barker more, and became more prolific at releasing material. Despite a high water mark in the early ’90s Ministry never went away, spewing industrial music to a loyal fanbase. All Jourgensen’s deaths were substance abuse related, and even though his friend and bandmate Mike Scaccia died in 2012, Jourgensen plans on touring in support of 2013’s From Beer to Eternity release.

When discussing rock biographies, it’s hard to top The Lost Gospels when it comes to amazing stories, whether it’s Jourgensen’s unlikely friendship with fellow junkie and author William S. Burroughs, where Jourgensen happened to be the night River Phoenix died, or even his encounter with aliens as a child. He uses brutal candor when talking about the quality of some of his releases, the 13 proper Ministry albums, the half-dozen live albums, the remixes, the side projects, the compilations, producer credits, and the time he dated Aimee Mann from ‘Til Tuesday. Oh, and he seems to have a healthy disdain for music writers. It’s a safe bet that he would hate this article.

Want to keep rocking with more music articles?
We’ve got a list of 10 great rock and roll books, and we’ve also talked about some of the greatest rock muses.
Other Articles you Might Like
Liked it? Take a second to support Toptenz.net on Patreon!