The mystical realms of Fairy tales, leading us to an imaginary world of fantasy, never cease to fascinate or cast a magical spell.  Filled with Fairies, Elves, Talking Animals, Wicked Stepmothers, Bad Witches, Fairy Godmothers, Princes And Damsels in distress, reflecting the challenges of the day to today lives,  these enchanting characters, from the dark and deep woods, are for most part, damsels (deeply in distress of course!). The young Princes, saving these distressed damsels fall profoundly in love at first sight and end up marrying them, breaking all traditional norms of Royalty– as in the case of Cinderella, and Snow White– to name a few.  For ages, although, monarchies have had an unwritten law about marriages between Royalties in line of succession, to choose a spouse of equal stature, there were few who, despite the established law, broke all conventions and traditions, to marry ‘out of royal’ commoners.  Let us closely peek at ten of the most romantic royal pairs, destined to be part of monarchs, with their alluring passionate real-life fairy tale weddings.

The most popular of all Royal couples, Prince Williams and Kate Middleton’s wedding took place with a lot of gaiety and fanfare witnessed live by millions across the globe.  The Duchess of Cambridge, Catherine Elizabeth Middleton was born on January 9th 1982 at Reading, England.  Born in a middle class family, her parents were running a mail order company, selling party decoration and supplies.  The eldest of three daughters, Kate Middleton and Prince William while pursuing History of Art, met at Scotland’s, University of St Andrews, in Fife, in the year 2001.  After almost a decade’s long wait, she married Prince William, second in line to the British throne, on April 29, 2011 at Westminster Abbey to become Duke and Duchess of Cambridge.  They have a son, Prince George of Cambridge born on July 22nd 2013.  Kate, nevertheless, with her simple elegance and grace won the heart and admiration of million women in the world, for being one of Britain’s best-dressed celebrities.

Princess Victoria of Sweden was the eldest daughter of Queen Silvia and King Carl XVI Gustaf.  Born in Stockholm, Sweden on July 14, 1977, before her birth, the Swedish law ordained that the eldest male, born to the royal couple, would inherit the throne.  However, in 1979, this enforcement changed, when the Swedish parliament voted for acquisition of succession rights for the eldest child, irrespective of gender.  Thus, Princess Victoria became heir to the Swedish throne, and in 2001, fell for Daniel Westling, her personal trainer.  Daniel Westling had his upbringing in a village, situated at central Sweden called Ockelbo.  Born to working parents he went to ‘Prince School’ to train himself on the etiquette and behavior of the royals.  They were married on June 19, 2010 and have one daughter. Prince Felipe, the third child of Queen Sofía and King Juan Carlos, was born on January 30, 1968, in Madrid, Spain. However, Letizia Ortiz Rocasolano was born at Oviedo, Spain on September 15, 1972.  She earlier had a civil marriage with Alonso Guerrero in 1998 and a year later divorced him.  The royal couple met on November 2002, with the sinking of the Prestige oil tanker.  As a news reporter and journalist, Letizia’s presence was required at the place, where she met the Prince, who had visited the accident-hit place to assess the damages.  Shortly afterwards, the Prince and the journalist started dating each other, albeit secretly, and on November 6th, they were officially engaged.  Their marriage was conducted in Madrid, Spain on May 22, 2004 at the Nuestra Senora de la Almudena Cathedral.  The two have two beautiful young girls.

Another commoner who married into royalty (Arab) was Lalla Salma.  Born On May10, 1978, in Fez, she lost her mother, while she was three years old.  Her father was a schoolteacher from Fez, and her maternal grandmother raised her.  A Computer Engineering graduate, she was working for ONA Group, a company managing a sizable share of the king’s assets.  In the year 1999, she met King Mohammed VI at a party and according to royal gossip; it was love at first sight for the king.  Nevertheless, for accepting the king’s proposal, Lalla Salma laid set laws, prior courtship, insisting on a monogamous marriage alliance.  Thus on July 13 2002, they were married in Rabat, Morocco.  For ages, the kings of Morocco had kept their brides and wives hidden.  Nonetheless, the first to break conventional norms was   King Mohammed VI who officially announced his engagement to Lalla Salma in 2001 and acknowledged her presence at the public celebrations held as part of their wedding ceremony.  The popular Queen is an activist against cancer with various awards to her credit and the royal couple have two children.

Rania was born to Palestinian parents in 1970 at Kuwait.  She completed her education at Cairo’s American University with Bachelors in Business Administration.  A thorough professional, she worked for Apple and Citibank.  While working for Apple, she met Prince Abdullah II at a dinner organised by his sister.  They fell in love and were engaged a couple of months later.  However, in February 1999, Prince Abdullah II was ordained the King of Jordan and on March 22, they were married. The couple now are proud parents of four children.  Queen Rania, one of the most popular queens, is the Global Ambassador for community development and education. 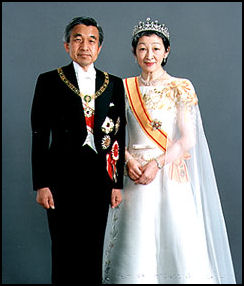 Michiko Shoda, daughter of an affluent Industrialist, was born in 1934 at Tokyo.  She met Akihito, Japans Crown Prince, in 1957 in Karuizawa during a tennis match.  A couple of years later they were married and now have three children.  It was customary for Japans Household Agency to choose a suitable bride for the heir to the throne.  However, Akihito broke traditions to marry Michiko, who was the first Empress to have entered the Japanese imperial family, as a commoner.  The imperial couple also challenged normal traditions by raising their children, instead of leaving them to the care of court chamberlains.  She became the Empress consort after Akihito became Japan’s 125th Emperor, after the death of Emperor Hirohito on Jan. 7, 1989.  Akihito and Michiko were enthroned on November 12, 1990 at the Imperial Palace Tokyo.

Silvia Sommerlath was born on December 23 in the year 1943.  She was the daughter of late Walther Sommerlath, a German businessperson and Alice, a Brazilian.  She met Sweden’s Crown Prince Carl Gustaf, at Munich, during the summer Olympics of 1972.  Silvia was working as a host and as an interpreter at the games.  After dating clandestinely for nearly four years, Carl Gustaf and Silvia were married in 1976 and have three children.  The Queen of Sweden became extremely popular due to her multilingual abilities and charisma combined with a commitment towards children’s cause. 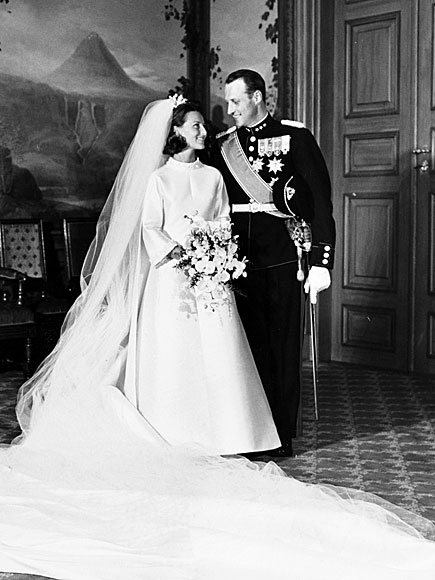 Sonja Harladsen, born to a wood trader at Oslo in 1937, met Prince Harald at a party in 1959. Love blossomed between the two and after seeing each other for nine years, they were married.  However, their relationship was kept under wraps, considering their unequal status.  Due to Prince Harald’s undying love and devotion to Sonja, the couple were married at Oslo on August 29, 1968, with the approval of Prince Harald’s father, King Olav V.  They have a daughter and a son.  In the year 1991, at 53, Sonja became Norway’s First Queen Consort proving her worth and performing her royal duties with a sense of deep commitment to the country. King Edward VIII created a sensation when he bequeathed his throne that deemed marriages between the monarchs and commoners as unequal.  He took this extreme step for the sake of twice-divorced US socialite, Wallis Simpson, with whom he was smitten.  The republicans however supported their cause and the couple became an embodiment of true love.  They were married in 1936 becoming Duke and Duchess of Windsor.  The Duchess, Wallis Simpson was, however never accepted by the members of the royal family, until thirty years later after the death of King Edward VIII.

Whatever may be the protocols, royalty is not about being born with blue blood coursing through the veins, it is all about conduct and exemplary behavior.  Hence, the common folks touch a chord with not just the royals, winning their hearts, but also endearing themselves to the common masses across the globe. A welcome change indeed!