In both nature and fiction you can usually spot who the biggest badass is by how huge they are, how many scars adorn their battle-fatigued bodies or how many females line up to tell them that they don’t have any plans tonight and are up for like, whatever. But that is not always the case. Just as fiction has brought us inconspicuously badass characters like Mr. Miyagi or River Tam, so did nature bestow some of its most astonishing (and often deadliest) qualities on creatures which we’ve always considered the animal equivalents of Chess Club nerds, like…

You know it as: The lazy, Australian mouse-bear. With its tiny eyes, huge ears and an adequate level of fuzzy-wuzziness, the Koala is the closest we’ll ever get to a real life plush toy. Look at it. Don’t you just want to hug it?

But in reality: DO NOT TOUCH THAT BEAR! Not unless you’re wearing a full-body condom suit, because those bastards are swarming with Chlamydia

. In recent years the Koala population has been threatened by an outbreak of STDs, which according to scientists might wipe out the species in 30 years. Do you know what that means…? It means that Koalas are total players, and they don’t care who knows it as long as they get to have sex with them. It takes a certain kind of creature to nasty-sex itself into possible extinction and that kind is “one that just doesn’t give a crap,” aka “the Koala.” 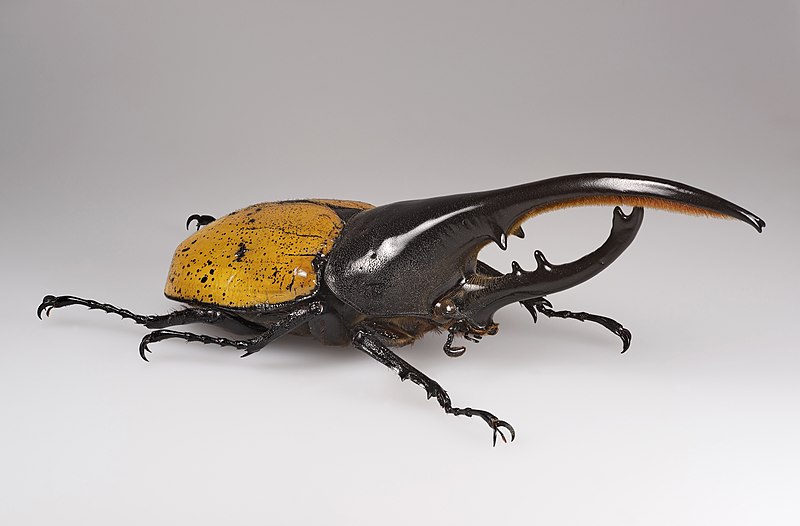 You know it as: The bug with the big-ass horn-pincer thing for a head. Sure, they look kinda cool and if you put one into a hollowed out tennis ball you can pretend it’s a Pokémon, but at the end of the day, it’s just a large insect, right?

But in reality: Yeah, and Chernobyl was just a minor technical malfunction. It’s impossible to overestimate the baddassness (badassity? badassitude?) of the Hercules Beetle, considering it might very well be the strongest creature on Earth, relative to its size. The Hercules Beetle is capable of lifting 850 times its body weight, meaning that if it was human-size it would be able to lift up to 70 tons. See, they don’t just give away names like “Hercules” in the science community. You have to earn that stuff. 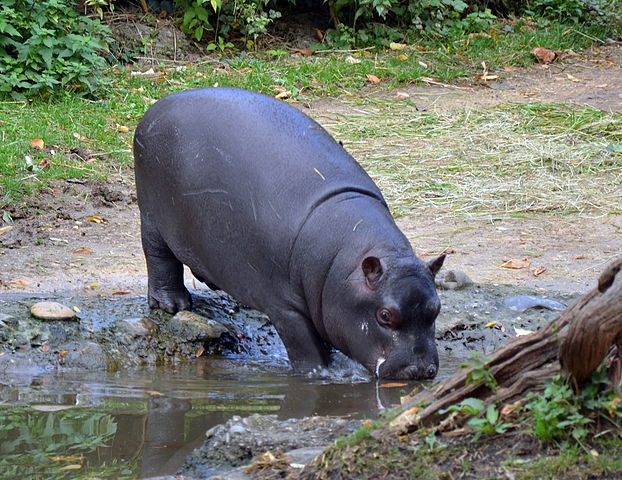 You know it as: The fat water-dwelling herbivores with a penchant for R&B music, though that may only have been the movie Madagascar. All in all, the hippos are cute, friendly…

But in reality: …insanely aggressive killing machines fueled by the sheer power of their hatred for humanity. Not only is the hippo—one of the largest land animals by the way—horribly aggressive and unafraid of humans, it takes only the slightest provocation for it to go full-murder on your butt like a raging hammer of the gods. It’s estimated that the hippo is responsible for the most animal-related human deaths in all of Africa, and that’s where lions come from! Oh, and don’t think that you could always outrun them, because a hippo can reach speeds up to 18 m.p.h.

You know it as: The dopier cousin of the Koala. The Wombat is another Australian marsupial which looks as if it feeds primarily on cupcakes and tummy rubs. It’s what you’d get if you crossed a teddy bear with a puppy. They usually measure 39 inches in length and 20 MegaKittens in adorableness.

But in reality: The Wombat is often preyed upon by Dingoes and Tasmanian Devils, some of the toughest bastards to ever come out of Australia, and that’s saying something. When one of them spots the little ball of fur, the Wombat dives into its tunnel home, leaving its behind opened for attacks. (Which is OK because their butts are made of pure cartilage.) Then, when a Dingo or a Tasmanian Devil squeezes their head into the tunnel to get to the Wombat, it gives them a couple of donkey kicks to the noggin, turning their brains into slushy with its powerful legs. To reiterate: the Wombat is an animal which kicks Tasmanian Devils to death. 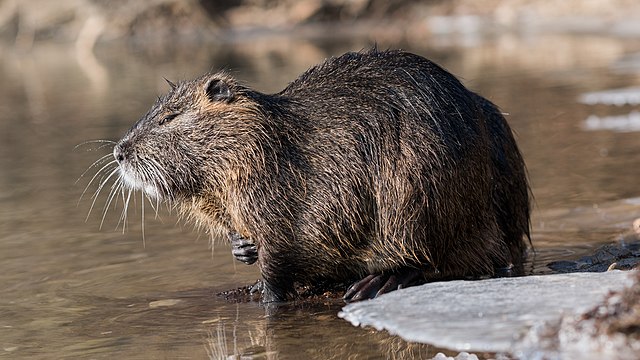 You know it as: You might not actually know what a Nutria is, but its other name provides a quick and adequate description: The River Rat. It’s a large rodent, originally from South America, which has been introduced to the U.S. by fur farmers. Not really much to say about it…

But in reality: …other than that it’s an unstoppable locust-like devastation machine bent on destroying the Earth by eating all of it. Picture the common rat and the damages it causes each year. Now multiply that by roughly a thousand: that’s just how destructive the Nutria can be. In Maryland they are believed to have destroyed over 3,000 hectares of marshlands, to the point that the state has put forth a multi-million dollar eradication program to get rid of them. In 2005, Louisiana has even put a bounty on these animals, officially making them outlaws with nothing left to lose, like some sort of Bandido Zerg Swarm.

You know it as: The LSD variation of the beloved cocktail filler (though technically not an actual shrimp). The Mantis Shrimps are alien-looking crustaceans with a fantastic, bright coloration; they occasionally make their way to the aquarium trade, though they need to be handled carefully.

But in reality: The reason they need to be handled carefully is because the Mantis Shrimp will ruin your day with its fiery superpower punches. That’s right: punches, because that’s how the shrimp hunts its prey. Its complex biology allows it to produce lightning fast jabs which would make Chuck Norris squeak in terror and bewilderment (or “terrilderment”). The Mantis Shrimp’s punch clocks at speeds exceeding 50 m.p.h. and is accompanied by a flash of light and heat. So, basically, The Mantis Shrimp is capable of throwing fire punches… UNDERWATER! 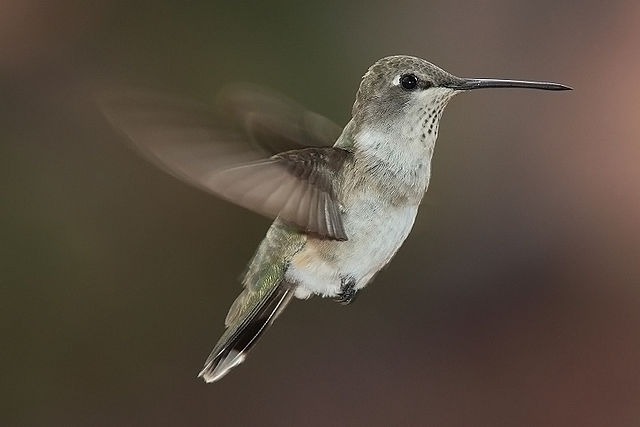 You know it as: The adorable, tiny bird who always wanted to be a bee. Not only does it feed on nectar but it also buzzes around like a bee by flapping its cute little wings and oh look, its elongated beak even resembles a tiny stinger. Aren’t they just precious?

But in reality: Yeah, that whole flying thing the Hummingbirds do? They do it by flapping their wings up to 90 times a second, which allows them to hover in the air and even fly backwards. So fine, their flying is a little interesting, but that doesn’t make them “badass.” Sure, right, totally. But the fact that they’re constantly on the verge of starving to death sort of does. See, the Hummingbird’s heart beats roughly 20 times faster than that of a human, meaning the birds have one of the highest metabolisms in nature and need to be feeding CONSTANTLY otherwise they will die. They’re basically one cannibalistic incident away from becoming the Zombies of the bird world. 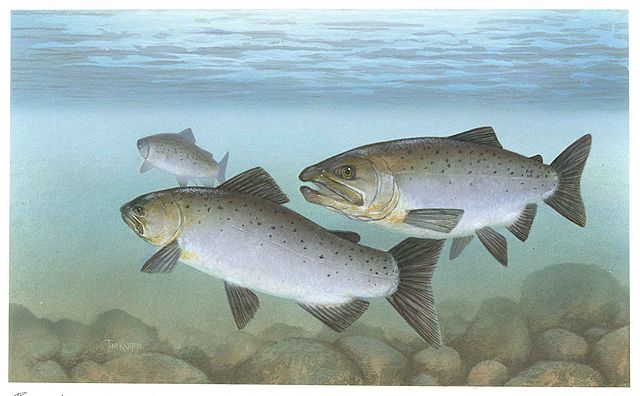 You know it as: Dinner, most likely. In a nutshell, the Pacific Salmon is the Pacific variation of the popular fish known for going great with a side order of fried mushrooms and eggplant.

But in reality: What’s the furthest you’d go to have sex? Whatever your answers might be, none of it can match up to what the Pacific Salmon goes through to reproduce. To spawn, the Pacific Salmon first enters freshwater, after which it stops feeding and its stomach disintegrates to make room for more sperm or eggs. Then, the fish swim upstream, dodging bears and fishermen, until they reach the exact same spot where they were born, all without maps, GPS or an advanced nervous system. There, they start having fish-sex until everyone is dead. I believe the proper scientific term for all that is “Freakin’ Hardcore.” 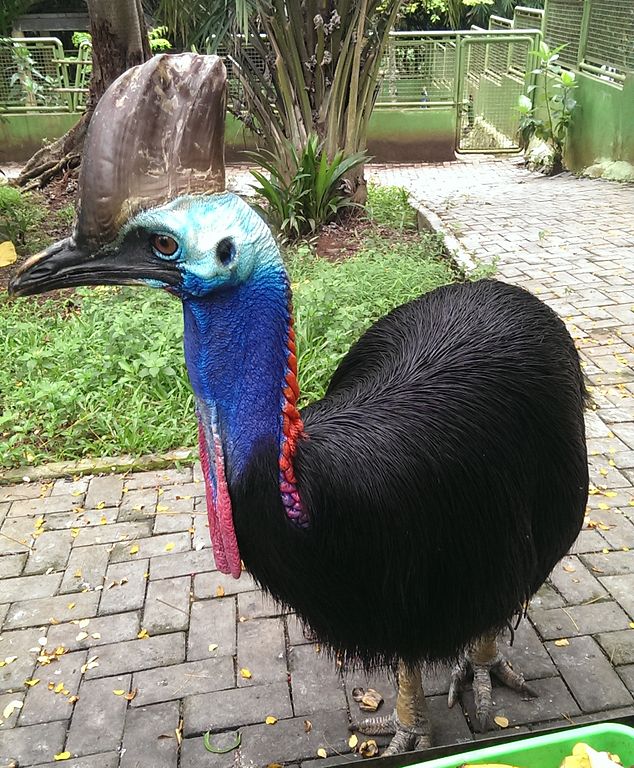 You know it as: The drag queen version of the Ostrich. Seriously, look at that thing; it’s something a child would come up with by crossing an Emu and a Turkey.

But in reality: Did you know that the Cassowary was voted the most dangerous bird on the planet by the Guinness Book of World Records? Yup, that thing right there, not the Hawk, the Eagle, not even the famed Horned Cobra-Vulture. And why? For one, the Cassowary is the ninja of the bird kingdom. It’s said that you can often pass one in the wild and not even notice it. That is, until it decides to attack you with its ultra sharp talons. The Cassowary has extremely powerful legs, which it can use to disembowel you in one swift kick. They’re also quite aggressive so if you manage to piss one off the best thing to do is lie down and hope the bird will dispose of you quickly. Running won’t do you much good as these things can reach 50 m.p.h and are also excellent swimmers, basically making the Cassowary a Land Shark. 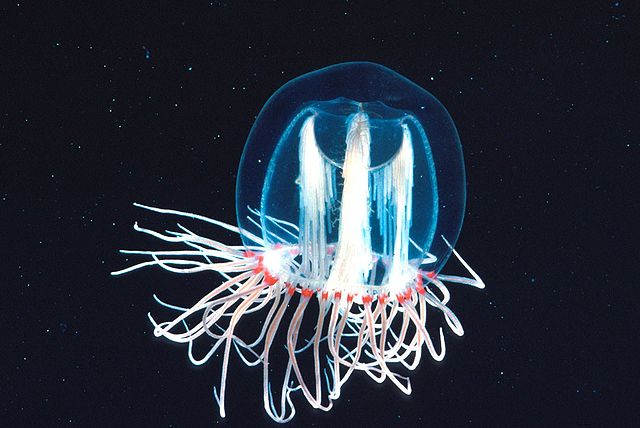 You know it as: Hold on, what? The Immortal Jellyfish? This is like… an ironic name, right? Like, its lifespan is only around 2-3 seconds or something, right? Because looking at it, it really does look like a regular old Jellyfish.

But in reality: From a biological point of view, the Immortal Jellyfish (Turritopsis nutricula) really can live forever. When the Jellyfish reaches maturity it can revert itself to its polyp form (the sexually immature state) which then gives birth to a whole new colony. See, in the animal kingdom, there’s really little use for the animals to keep living after they reach sexual maturity and reproduce but the Immortal Jellyfish cheats the process by turning back time on itself and reproducing asexually in what, technically, can be an endless cycle. It’s like if you were able to turn yourself into your own pregnant mother and give birth to three new versions of yourself. No need to thank me for that mental image. Your upcoming night terrors are all the thanks I need.