Dogs are known as man’s best friend, though we can’t always say that’s true. If you have ever owned a dog, you probably encountered those days where you have a slight bit of regret for getting the dog. From chewed up shoes to messy carpet to washing a smelly dog that only seems to smell worse after, dogs can be a pain.

Some say that the intelligence of a dog all depends on how well its owner trained it. Others believe it’s all about the genes…well, breed. Thanks to Waggedy Dog Supplements for this list. While it may be a combination of both, here’s a look at the top 10 smartest dog breeds, in case you’re in need of a Dogs for Dummies Handbook: 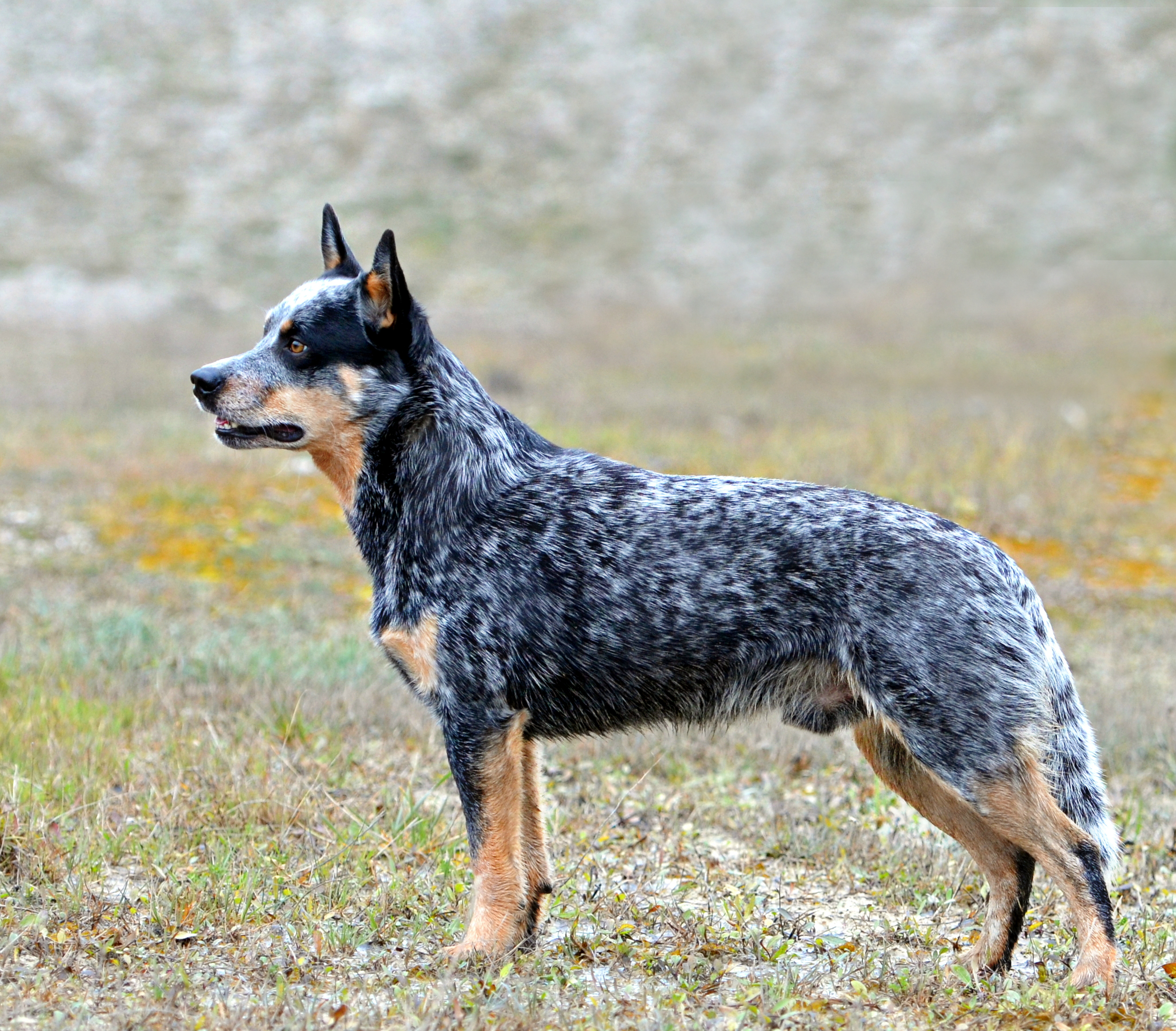 No you don’t have to live in Australia to encounter this dog. These dogs generally grow to be 30-50lbs. Australian Cattle Dog’s are known for their intelligence, especially when it comes to being able to train them to herd in cattle (this is where the name comes from if you didn’t catch it.) They have also been trained to be “biting” dogs. Don’t be scared, unless you’re training this dog to bite you. Australian Cattle Dogs are trained to bite cattle (not too hard) to keep them moving. These dogs have been herding cattle since the 19th century and today they still do just that. Australian Cattle Dogs are very active and love having a task at hand.

Better known as the “Rottie,” Rottweilers can be mis-trained to be vicious, mean dogs that can take down a human. Speaking of humans, Rottweilers can weigh as much as a petite sized female; about 110lbs in fact. This breed of dog originates out of Germany but was used in the Roman Empire. Rottweilers are sometimes used as police dogs because of the strong jaw and teeth that they have. Rotties can take you down! In the olden days, they were used to carry wood and other large heavy goods to markets and houses. If you’re looking to train a dog to protect you and all of your (precious) belongings, the Rottie is definitely the way to go. 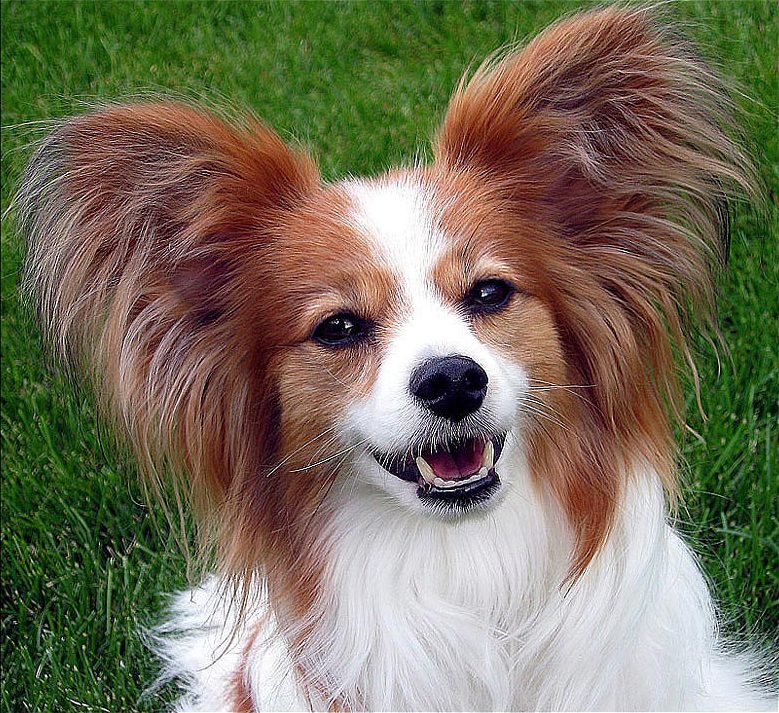 This breed of dog is probably one of the cutest and smartest you’ll find. Papillons are able to show that cute things can be smart too. This breed also proves that small things (brains) do come in small packages. Papillons can weigh up to 11lbs and can weigh as little as 3lbs. These dogs are very charming and have always been a symbol of elegance. During the Renaissance, these dogs were adored by royal courts and the aristocrats of the time. They always proved to be good watch dogs because of their keen sense of hearing. Make the slightest sound and the Papillon’s ears will be up faster than you can say the name. King Henry II is said to have spend crowns upon crowns on his own Papillons.

This is one of the most intelligent as well as one of the most popular breeds of dog in the world. The Labrador Retriever is an amazing breed of dog that offer many different services. The breed originates from Newfoundland and was trained to hunt waterfowl. As time has passed, Labs have been introduced to more and more jobs. Many of these dogs are used in the police force as bomb sniffing or drug sniffing dogs. Any dog that can be trained to do this is most definitely smart. These dogs are also used as rescue dogs. Many are trained to help the disabled, especially the blind. Labs can be trained to lead a human around while ignoring any type of distraction. The Labrador Retriever is a loving, obedient, and patient dog that can be trained to do almost anything.

Though not one of the most popular dogs around, the Shetland Sheepdog is a very smart dog. Some owners of this breed of dog claim that they are just as smart as a human is. Shelties originated out of Scotland. Sporting a furry two-layered coat and definitely not the toughest looking dog around, Shelties are used to herd sheep. Since the breed can be both big and small in size, some of these dogs are used to keep pests and smaller animals out of gardens. Shetland Sheepdog’s are generally very hyper, but they have a great sense of hearing. If anyone ever shows up at your door or a car pulls into the driveway, you can expect to hear a bark from this dog. This breed of dog comes in right at the middle of the list. The Doberman Pinscher is another German breed to make the list. In the past, these dogs were trained to be police dogs, watch dogs, and guard dogs. In the 1800s, men were looking for a dog that was loving and loyal as well as tough and ferocious when necessary. This is exactly where the Doberman Pinscher fits in. Even though they can be trained to be ferocious, many of these dogs are very gentle and docile. Some have even been used in hospitals to help patients that are undergoing therapy. Slightly vicious by nature, you can expect that this breed will protect you.

Often confused with the Labrador Retriever, Golden Retrievers are also very popular dogs that seem to be perfect for a family. In the past up to today, these dogs are man’s companion, especially for those who hunt. This breed can be easily trained to find and bring back waterfowl or game that has been shot. The dog’s soft mouth allows it to bring back unharmed game to its owner. Aside from being a hunting dog, Golden Retrievers can be used as rescue dogs, drug sniffing dogs, and guide dogs. This breed is very patient, which makes it that much easier to train. If you ever find a dog sports competition online or on the television, you are sure to see a Golden Retriever competing. Photo by Ingrid0804

Rin Tin Tin! This is the one breed of dog that you can say actually looks tough and mean. Looks are most definitely deceiving because the German Shepherd is one of the most lovable breed of dog you will ever come across. Loving or not, these dogs can be trained to do things that humans can’t. Today, these dogs are usually trained to be police dogs, rescue dogs, and some are even able to work with the military. These dogs are so bright that the Army and Marines have allowed them to be used in overseas activity. German Shepherds are very obedient dogs as well as protective. In the past, German Shepherds were used as herd dogs but today they are used in more “higher up positions,” so to speak. The German Shepherd is one of the smartest dogs around.

Surprised? You probably aren’t the only one. No your eyes aren’t going bad. The Poodle is number two on the list. Don’t let the fluffy, curly, white coat fool you. This breed of dog is absolutely brilliant. Though you have probably never seen it, Poodles are used as hunting dogs as well as watch and rescue dogs. The Poodle (sounds like puddle doesn’t it?) is also used as a water dog. Poodles come in all sizes, but even the Toy Poodle can be used to hunt birds. Poodles love to be around people and are very protective. Though this breed only weighs up to 8 lbs., a mighty heart can come out of such a pretty looking dog.

Topping off the list is the Border Collie. This dog lives to work, literally. Though it may seem only us humans have a lifetime full of hard work, this breed of dog needs something to do to be happy. The Border Collie is used as a herding dog and has since grown to be used as a sporting dog as well. The breed is known for its agility, speed, and obedience. It is also known for it’s ability to learn new tricks quickly. These dogs love being able to work next to your side. Collies are especially great at dog sport competitions. You will generally see them competing in Flyball and disc games. Photo by meg price