France is the home of fine wine, great cheese and Gallic humor where a restaurant chef is as likely to chase you out of a restaurant for asking for ketchup as he is to feed you cordon bleu cuisine. Notoriously fickle, with a language that has a sexy accent but sounds like someone is speaking with a mouth full of marbles, the French are a race unto themselves, but then they have plenty of reason to be full of themselves.

Here are the top 10 places to visit in France.

The landmark which defines Paris and France together as its most famous icon , but which was scorned by the French themselves as a monstrosity par excellence. Today it is regarded as a modern wonder of the world, affording breathtaking views of Paris but be warned, it is not for those who suffer from vertigo.

Visitor tip: ascend the Eiffel Tower towards the end of the day, so you get to see Paris by day and by night.

The Cathedral of Our Lady was made famous by Victor Hugo and the Hunchback of Notre Dame. “Do you think I’m ugly?” cries the anti-hero to Esmeralda, however there is nothing ugly about the cathedral or the setting on the banks of the Seine.

A beautiful piece of Gothic architecture which should not be missed.

The Louvre has to be the most famous of all art galleries, and it is home to more art and history than you can shake a baguette at. Leonardo da Vinci’s Mona Lisa (La Giaconda) smiles her enigmatic smirk, but you will find more than 35,000 other pieces here, from antiquities through to modern art.

Bonus tip: spot the modern pyramid addition to the Louvre, which honors France’s fascination with Ancient Egypt (and used as a location for the Da Vinci Code). 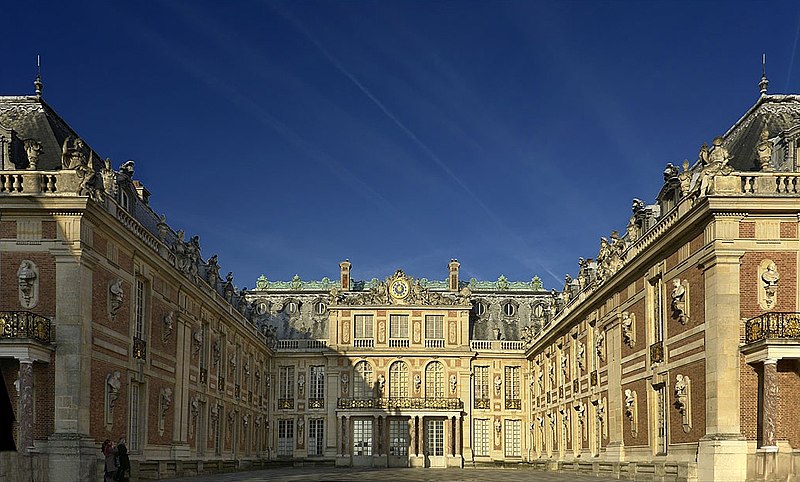 Moving out of Paris and into the hinterland we find the Palace of Versailles, the home of France’s kings and queens until La Guillotine took off their heads.  The Palace remains and it is a beautiful way to spend a day with the Hall of Mirrors, magnificent gardens and fountains and surrounded by a city which has some of the finest restaurants in the region (including Paris).

Now we head northwest from Paris to the Normandy coast and the bocage country. Bayeux is the home of the Bayeux Tapestry which documents the invasion of England by William, Duke of Normandy in 1066. To the north are the invasion beaches; scenic, flat, open and beautiful with rolling swells of seawater on a sunny day, except on June 6th, 1944 the sea was red with the blood of the Allies who fell storming Hitler’s Festung Europa (Fortress Europe). Now we head south of Paris to Rocamadour and its beautiful gorge and cliffs through which a tributary of the River Dordogne flows. The town is also home to numerous religious relics as it was claimed to be the resting place of The Virgin Mary. This claim ensured Rocamadour was a major pilgrim destination which has resulted in numerous historical buildings and monuments being erected over the centuries.

Bonus tip: avoid going around Easter time if you are squeamish – a local ‘gift’ are freeze dried chicks which are ‘frozen’ when a day or two old and sold as gifts to the tourists. 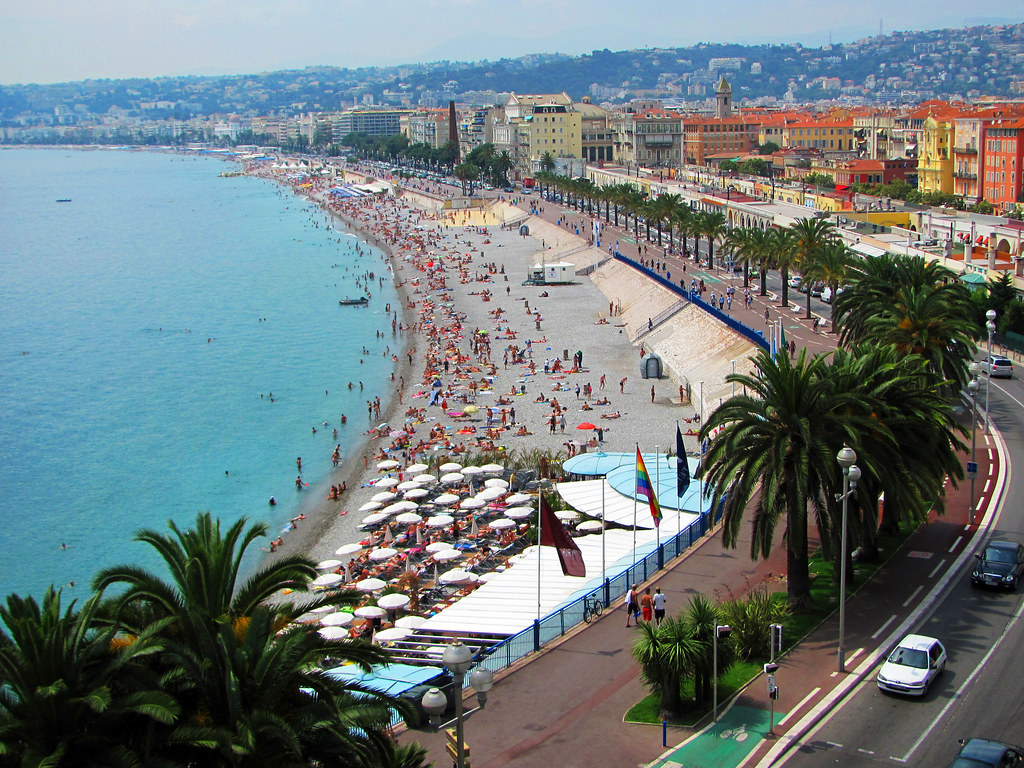 The French Riviera is a favorite beach destination for the glitterati, with some of the most exotic beaches in the world backed by some of the most luxurious hotels, dining opportunities and shopping distractions to be found anywhere on the planet.

The weather is warm in winter and hot in summer, but don’t miss the Cannes Film Festival and the world’s biggest movie stars if you at all possible.

Now we travel directly west, and eventually away from the coast and into the Pyrenees, the mountains which form the border between France and Spain. Probably the most famous town in France, from a religious perspective, this is the site of the appearance of The Virgin Mary to a miller’s daughter. A place of miracles, Lourdes has long been a destination for the sick and infirm seeking respite or a cure. It doesn’t hurt that it is placed in a magnificently beautiful setting.

2. The City of Lyon – The Capital of Gastronomy 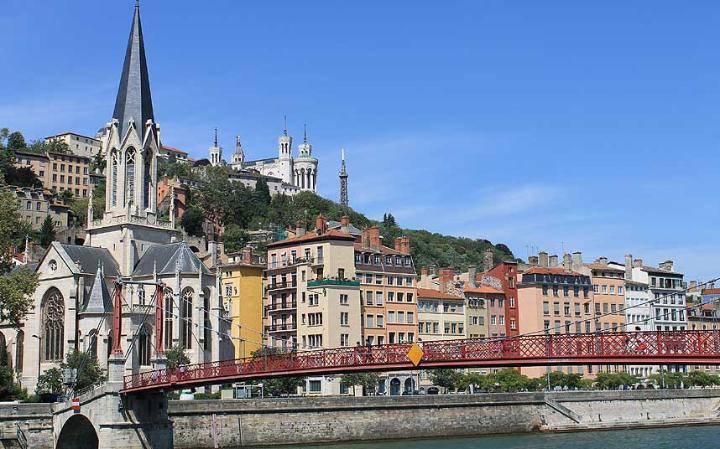 Now we head back northeast, towards the center of the central eastern portion of the country. You may think that Paris would have the reputation for the best French cuisine; however Lyon is actually the chief place for training and practicing haute cuisine. There is no doubt that the very best in French cuisine originates from Lyon – do not stay too long if you want to maintain your figure! 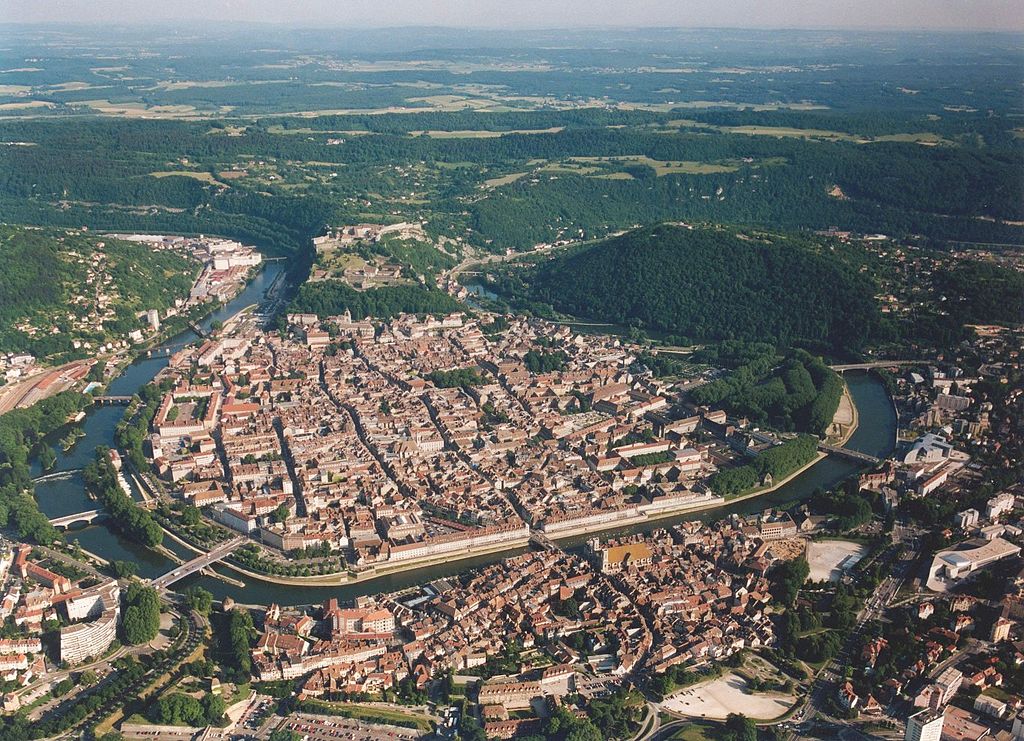 We continue northeast to the ancient city of Besancon in the Franche-Comte. Besancon is probably the best city to visit if you wish to get a taste of France throughout all of its history, from pre-Roman times, through the Roman occupation to the Dark Ages and eventually the Renaissance and the Modern Age. If you get bored with culture, the Alps and skiing are a short journey away, but Besancon is so laid back it is unlikely you will want to leave.