As writing goes, English is pretty straightforward. Sure, it has its weird parts: some of our letters combine to make new sounds, we have extra letters we don’t really need and there are spelling rules that only apply half the time. But on the whole, we have it easy.

It’s not always like this. The Latin alphabet that English uses is alphabetic – in general, there’s one letter for every sound. In other writing systems, one character can signal a whole syllable. Or it might be like the Chinese system, in which characters signify whole objects or concepts. And sometimes, things can get even weirder.

In Hunan, a province in Southern China, a unique script called Nushu has been in use since the 12th century. What makes it unique is the fact that this writing is used solely by women. Up until the 20th century, girls were forbidden from going to school, and didn’t have a chance to learn ‘normal’ Chinese script. So, older women taught them Nushu, which they often disguised as embroidery or decorations on paper fans.

Unlike Chinese characters, each Nushu ‘letter’ represents a whole syllable. There are about 1,000 of these letters to learn, which might seem like a lot, until you remember that a well-educated Chinese reader is expected to know well over seven times that many.

Scandinavian epic poetry tells of the god Odin discovering the secrets of the runic alphabet after he hung on a tree for nine days without food or drink. As you might have figured, the Scandinavians and other Northern Europeans who used this alphabet between the 1st and 12th centuries thought it was quite special. Some of the languages that used runes, like Old English, had other alphabets, and used runes almost exclusively for decoration, magic and divination. Each rune letter also symbolized a word, and was thought to have magical or prophetic properties.

Since the 1980s, dice-like chips with runes carved into them have become popular again as a form of divination similar to Tarot cards. According to the epic poetry, this kind of divination works better if you paint the rune chips with the blood from a sacrifice first, but most modern believers understandably leave out this part. In some variations of Judaism and Islam, images of living things are prohibited. A clever way that artists got around this tenet was to use calligrams, a visual image that is formed entirely out of small words. Think about it: if your picture of a peacock is actually made from words or passages from a holy text, are you really breaking the rules?

So, a popular Islamic calligram might use a passage of Arabic from the Koran to form a picture of an animal, a human figure, or an inanimate object such as a sword or mosque. Starting around the 9th century, Jewish scribes also developed the tradition of micrography, pictures made up of tiny Hebrew letters. These were used to create everything from drawings of animals to elaborate abstract designs and illustrations, all made up of relevant text from the scriptures.

Around six thousand years ago, Sumer (in modern-day Iraq) was busy developing the earliest known writing system. It probably stared like this: people would keep track of important numbers (taxes, debts, trade records) using a system of tokens, and then bake the tokens into clay pots. Eventually, someone figured out that they didn’t actually need the tokens inside – they could just press the number into the clay. Then they needed to remember what was being counted, so they thought up a symbol for that too. Yay, they’d just created writing.

Unfortunately, Sumerian had some growing pains. Its letters were horribly complicated, one word or sound could be written in over a dozen ways, and the same symbol could mean multiple things. Mastering cuneiform required many years of study by dedicated scribes. Presumably everyone was relieved when the cuneiform system was finally replaced by the Phoenician alphabet.

Speaking of the Phoenician alphabet: it pretty much died out about seventeen hundred years ago. Except for in North Africa, where it survived as an alphabet called ‘Tifinagh’, and is still in use by Berbers, an indigenous people who live mainly in Morocco and Algeria. Use of the alphabet used to be illegal in Morocco for political reasons, but it was recently ‘authorized’ there as the official Berber script in 2003.

The most interesting thing about Tifinagh is its odd geometric appearance. It’s mostly composed of right angles, dots, and perfect circles. With no disrespect to Berber culture, Tifinagh looks a lot like something you’d dream up for aliens to use in a science fiction movie.

Ancient Egyptian almost beats out Sumerian for oldest writing system: it’s at least five and a half thousand years old. The complex hieroglyphic system, which contained characters that symbolized sounds and characters that symbolize words, is familiar to most people. But here’s one thing the movies won’t tell you: the pictures we think of when we think ‘Egyptian hieroglyphs’ were pretty much only used for religious and formal matters, which is why there’s so many of them on tomb walls. For ‘everyday’ writing and texts, Egyptians used a highly simplified script called Hieratic. So, if you were an ancient Egyptian accountant, you wouldn’t have been drawing those pictures of cats and crocodiles while working out someone’s taxes.

Later, an even more simplified consonantal script called Demotic developed. In the first century, the ancient Egyptian language began to be written in Greek alphabet, a form of which is still used today as a liturgical language by Egyptian Coptic Christians.

Written in the early 15th Century, the Voynich manuscript is 240 pages of mystery. It’s written in an unknown alphabet, and in the hundred years since its discovery, no one has been able to figure out just what the hell any of it means. It’s also filled with colorful illustrations of plants, astronomical symbols, and other apparently nonsensical pictures, which suggests that it might be a magical or scientific text.

There are a few theories about the weird writing: it’s in a language that was invented by the author; it’s a real language that has been carefully coded; the letters are mostly meaningless but contain a hidden message somewhere among them, or finally, that the person who wrote it was just plain crazy. To this day, no one knows, but it you crack the code yourself you’ll probably end up famous.

The Naxi are an ethnic minority of about 300,000 in a Southwestern province of China. Their writing system, a thousand-year-old script also called Naxi, is so complex it takes about 15 years to learn.

Naxi script appears to be easy: it’s made up of pictures, and looks like it can be read as a comic book. But it’s not so simple: some words are left out, others are seemingly unconnected to the word’s meaning, or are replaced with pictures of another word that has a similar sound. These days, the script is only used by local priests, and less than a hundred are alive today. 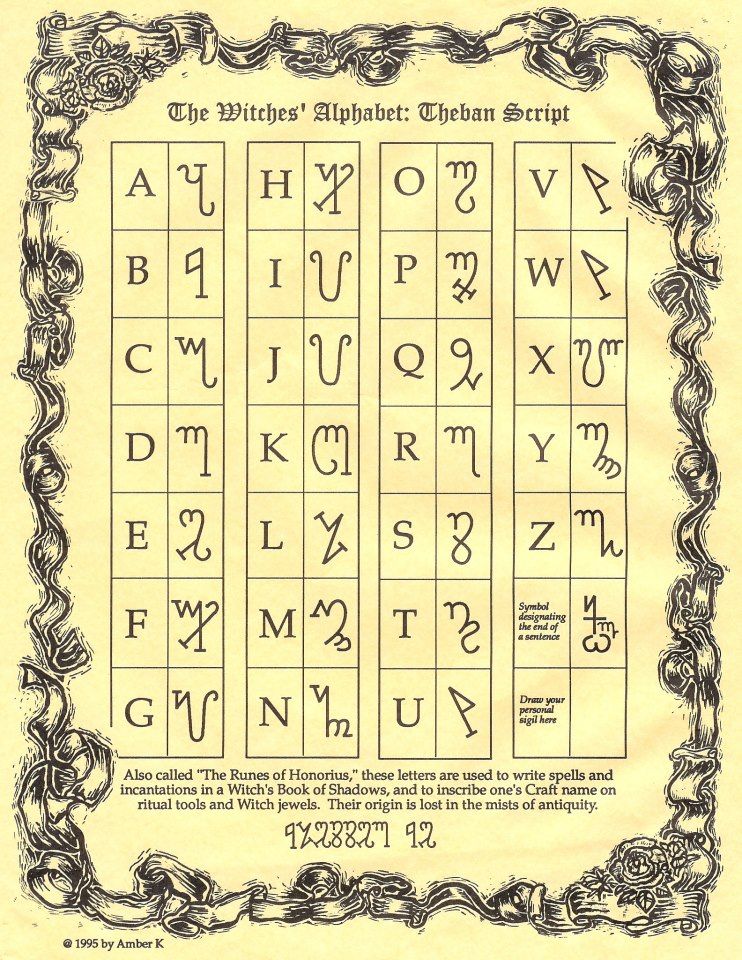 Also known as the Theban alphabet, this script is of unclear origin. It first appears in a Latin manuscript in the sixteenth century, in which the author claims that it was created by a man named Honorius of Thebes about five hundred years earlier.  The letters in the witches’ alphabet correspond to Latin letters, so it can be used to simply transcribe Latin or English. 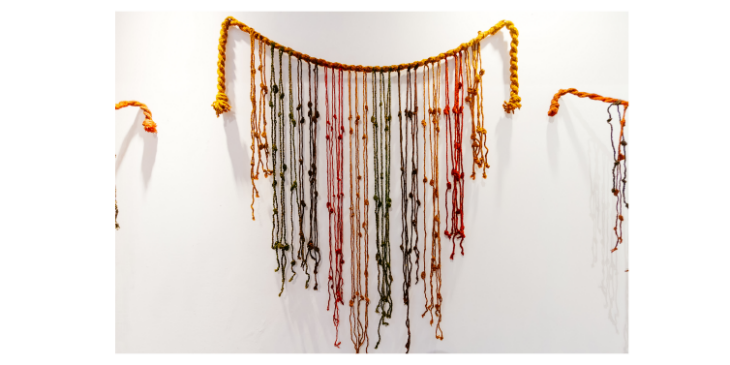 ‘Talking Knots’ is the nickname for a truly unique way to ‘write down’ information: knots tied into strings. Used by the Inca, this is the only known writing system of pre-Columbian America, and dates back at least 4,600 years. ‘Talking knots’ were widely used for taxation, census taking, historical information, astronomy, and possibly even maps.

Most archaeologists think that the knotting system contains both numbers and words, but only the numbers have ever been deciphered by modern scholars. The color, position and spacing of the knots might also contribute to their meaning. We don’t know, because talking knots were suppressed by Spanish conquerors in the sixteenth century in an effort to prevent communication of secret messages.

Less than eight hundred quipu, or collections of these knotted strings, survive today. They’re often found inside graves, and archaeologists have theorized that they might tell the story of the dead person they were interred with.

Article Sponsored by: College and university students who struggle with academic writing and need professional help from ENL writers can go to https://www.customwritings.com.