Wikipedia is awesome. In addition to giving free knowledge to everyone without ever asking in anything in return, it can actually just as reliable for facts as the Encyclopedia Britannica. But, when you create something that’s supposed to contain everything, you’re going to find some weird stuff in the mix. Stuff like:

10. The Sound Of Fingernails Scraping Chalkboard

The sound of fingernails scraping on a chalkboard is an anomaly; there’s just something about it that makes you feel like your ears are being punched in the groin. There’s also something deeply unsettling about how blasé the Wikipedia article talks about it.

Oddest quote:  “A 1986 study used a tape-recording of a three-pronged garden tool similar to a fork being “grided” across a chalkboard, which roughly reproduces the sound of fingernails on chalkboard. The recording was then manipulated, removing pitches at the extremities and the median. The results were then played back.”

That’s right, scientists actually found out a way to harness the exact frequency of sound that causes you to recoil in horror when somebody touches a chalkboard. The biggest mystery is why they haven’t turned it into a weapon yet, because I’ll bet it would make people run away faster than anything else science can think of. Except maybe ninja bears. 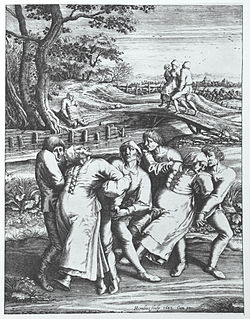 The plague was one of the single most devastating times of human history. Millions died in agony from a disease that humankind simply couldn’t comprehend at the time.

Then you have the dancing plague of 1518. This has to be one of the oddest quirks of history: an actual plague of dancing in which hundreds danced themselves to death, for reasons that no one has ever discovered. Even today this remains an absolute mystery, even more terrifying, it’s not an isolated incident.

Oddest quote: They hardly stopped, and some danced until they broke their ribs and subsequently died. Throughout, dancers screamed, laughed, or cried and some sang. Bartholomew also notes that observers of dancing mania were sometimes treated violently if they refused to join in.

Tell me I’m not the only one who pictured a Justin Bieber concert while reading this.

Now it wouldn’t be Wikipedia without a big ol’ bunch of lists, and the Wikipedia list of years doesn’t disappoint. For a list of all of the years that will ever happen, you’d expect it to be listed as “incomplete” because, well, time is infinite and all.  This list isn’t though; it actually stops at the year 2200. So according to Wikipedia, that list is all of the years that will ever happen, ever. Now we were worried about the Mayans predicting the end of the world but, let’s face it, who’s got more credibility  a bunch of old-ass Mayans, or Wikipedia?

So mark it in your calenders; the year 2200 is the last one we’ll ever see, according to Wikipedia. Also, anything before 3201 BC is a filthy, filthy lie. Yes, believe it or not, there is a Wikipedia page dedicated to an inanimate object. More specifically, Eric Clapton’s favorite guitar. Now Clapton’s skill on the guitar is beyond question, but the sheer fact that his guitar got its own Wikipedia page, instead of a section in Clapton’s page (like they did for Jimi Hendrix,) kind of makes you wonder just how obsessive his fans actually are.

Oddest quote: Blackie is the affectionate nickname given by Eric Clapton to his favorite Fender Stratocaster.

Because in case you didn’t get it from the title, that page is totally about a guitar. Thanks, opening sentences!

The reason chess remains such a popular game, even today, is because it’s almost indistinguishable from the same game played hundreds of years ago. In a time when we have a new Call Of Duty game every 12 months, chess remains the same exact game, with new strategies being developed all the time.

So it’s kind of odd to find out there are actually dozens of pieces that are never used in the main game. These pieces, as well as having different methods of moving, are also far more awesomely-named. I’d bet more people would play chess if pieces like the “Bug Eyed Monster” and the “Basilisk” were more commonplace.

Oddest quote: Combines the powers of the queen and the knight. Also called Superqueen.

Because you know that real chess would be so much more hardcore if all the pieces had names like that.

Did you know that the scientific term for farts is “flatus?” Or that the technical term for lighting a fart on fire is pyroflatulence? If not, then you’ve obviously not been reading enough Wikipedia.

The weirdest part of this article is that, although it has a brief section talking about farts, the rest of it looks more like something you’d see written down on the set of Breaking Bad. Seriously, check this out: “CH4(g) + 2O2(g) –> CO2(g) + 2H2O(g),” that’s a fart! Or at least I think it is; it could just be the formula for eternal happiness, we’ll never know.

Oddest quote: In May 2000, a U.S. patent was issued for a “Toy gas fired missile and launcher assembly”, a product that would allow one’s “colonic gases” to be stored for later ignition to “fire the missile into space.”

WHY DOES THIS NOT EXIST YET? It would only be on every Christmas list ever.

Now joking about someone being less-than-amazingly-equipped in the wang department is something I’m personally very used to (growing up with the last name Smallwood teaches you that kids can be very, very cruel.) But it always seems exactly that — childish — surely it’s not something professionals engage in.

Well apparently, they do. The “small penis rule” is a writing technique used to make sure you’re not sued. Basically, if you create a character that could be misconstrued as a jab at somebody else, give them a really small penis, because no one is ever going to come forward and admit to that guy being based on them.

Oddest quote: The small penis rule was referenced in a 2006 dispute between Michael Crowley and Michael Crichton. Crowley alleged that after he wrote an unflattering review of Crichton’s novel State of Fear, Crichton libeled him by including a character named “Mick Crowley” in the novel Next. In the novel, Mick Crowley is a child rapist, described as being a Washington-based journalist and Yale graduate with a small penis.

I think the main question here is: would you still sue?

This is not as much an oxymoron as perhaps you think. After all, there’s Batman and…wait…this thing has SIX Batmen? And five Batgirls? Guess they had to pad this thing out somehow.

To make up for the lack of heat vision and flying, everyone listed has a quick blurb following their name, explaining their powers. For example, The Punisher is listed as a “US marine, marksman, demolitions expert, master fighter and survivalist”. Batman gets, “martial arts master, detective, inventor, master strategist, billionaire, scientist.” Sometimes less is more, Wikipedia. We all know the only power Batman needs, is simply being the Goddamn Batman.

Yes, apparently being moderately good at anything in the DC universe can qualify you as a super. No wonder their police force is so terrible.

First things first: you’re always playing The Game because, according to Wikipedia, everyone everywhere is playing it all the time. Which is kind of strange, because that means that, theoretically, Wikipedia’s editors are playing it too. Meaning that the entire time they were editing that article, they were constantly losing The Game. Which is kind of depressing when you really think about it; being told you’re a loser is tough enough. Being reminded of it, over and over again, is just sad.

Oddest quote: The Game has been variously described as pointless and infuriating, or as challenging and fun to play.

Now I know Wikipedia has to be completely free of bias, but this is kind of taking a little too far. Pick a side dammit!

If you’re not familiar with this particular article, oh boy are you in for a treat. It’s like every trivia article on the web joined together to have a baby, then gave that baby a stupid name and never told anyone about it.

Covering enough material to write infinite TopTenz articles (probably,) this page takes everything weird on Wikipedia and puts it into one place, which kind of makes this whole article…a little…obsolete?…oh screw you, Wikipedia!

Oddest quote: Wikipedia is not afraid to tackle the tough questions

Because sometimes, you just gotta toot your own horn, baby.