Traditionally, the debate between evolution and creationism as secondary education topics has been a hot button issue. As a matter of fact, the famous Scopes trial once focused on the very question of whether evolution should be taught in schools at all. However, even if you have no intention of believing in the tenants of evolution, here are the reasons why it might be important to at least study it as much as possible. If for no other reason, you will want to be able to know your enemy, as it is, and intelligently discuss your belief in an intelligent design.

10. Christian Theology States You Will Not Be Tested Above What You Can Handle

The King James version of the Bible states that “There hath no temptation taken you but such as is common to man: but God is faithful, who will not suffer you to be tempted above that ye are able; but will with the temptation also make a way to escape, that ye may be able to bear it.”  To many Christians, this is not a minor point. The verse is commonly interpreted to state that “God will not test you above what you are able to handle.” If being presented the theory of evolution in a classroom challenges a Christian faith to the point where said faith is abandoned, then the onus would seem not to be of the theory of evolution, but rather on the strength of the faith. It would be the same if a Christian took a philosophy course which challenged a belief in God, or if they encountered an atheist with well-thought out views on God’s existence. Faith, to be faith, needs to be able to survive challenges.

9. Piltdown Man (and other hoaxes) 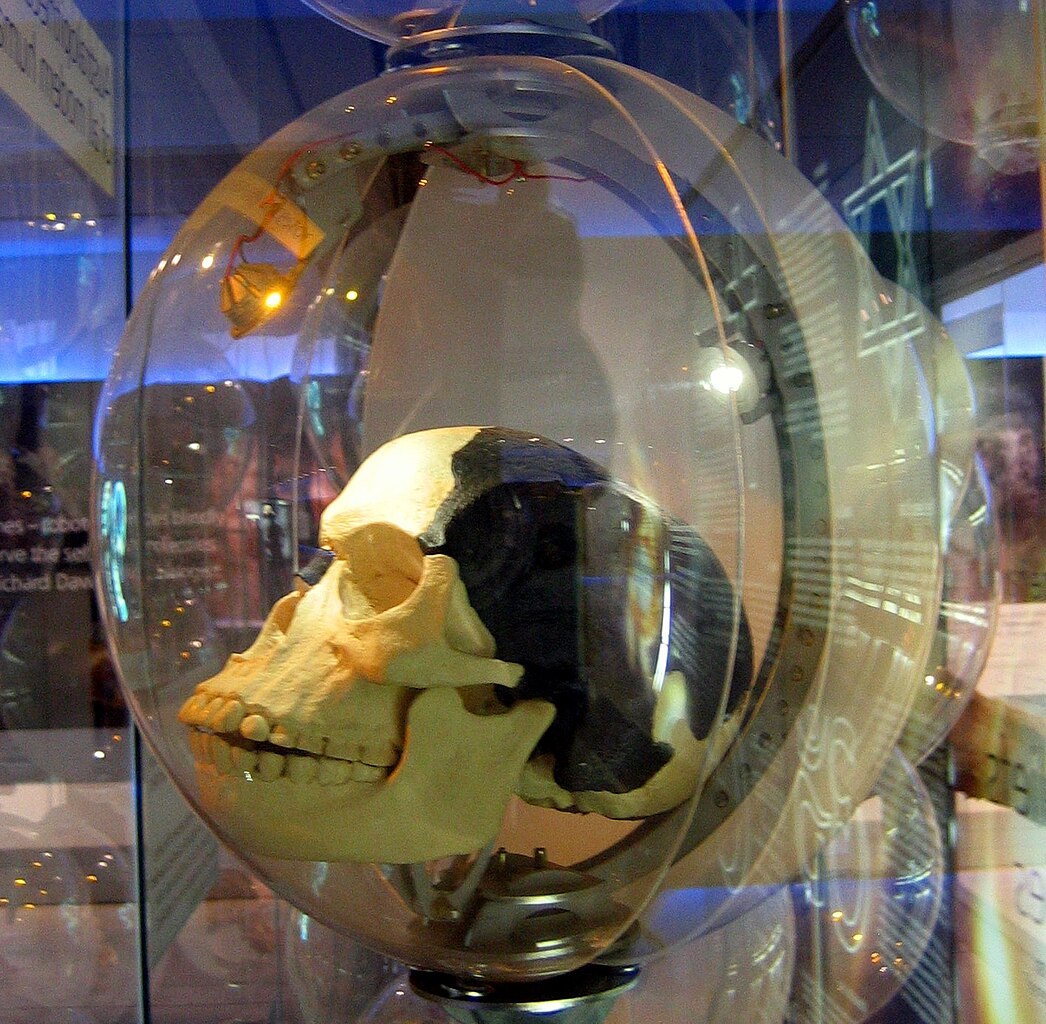 Knowledge runs both ways. As a matter of fact, for every embarrassing statement made by a professed Christian, there are also more than a few made by professed scientists. “Piltdown Man” was actually skull fragments made out of three separate species, put together to make what was assumed to be an evolutionary “missing link.” The skull fragments were all found in near gravel pits in Piltdown, East Sussex, England. The finds were made by hoaxer Charles Dawson in 1912, and were not officially proven false until 1953.

Outright forgeries, disguised as proof, have long confounded and stalled evolutionary science. Regardless of your beliefs, you are not going to be able to begin to argue the points associated with evolution without a proper study of the evidence, even if it has been completely hoaxed.

8. The Debate Over Archaeopteryx

The first bones for the Archaeopteryx were first found in 1861 in Germany. Archaeopteryx had apparent feathers, a wishbone, and wings, as well as three fingered claws. Its beak had teeth in it. The image was electrifying, as Archaeopteryx seemed to many at the time to be the first bird in history. It was even seen as the evolutionary link between reptiles and birds.

However,  modern science has started to cast doubt on how much this raven-sized creature really had in common with what we now consider to be birds. As a matter of fact, Archaeopteryx may simply now just be a small dinosaur.  Many of the same features that made Archaeopteryx seem to be an avian forefather also were found in T-Rex skeletons. At the moment, Archaeopteryx seems to have more in common with being a small velociraptor  than a hybrid or evolutionary link. If you are simply shown a picture though, you would have no basis for argument.

7. The Study of Adaptation Is a Fascinating Science

All animals adapt to their environment, up to and including humans. Bones of ancient horses had feet rather than hooves. There are fish today that neither have, nor need, eyes. The adaptations that a species makes, in order to survive, is a fascinating study. In your mind, it may or may not  support the theory of evolution, however it is enthralling to see how animals have changed over time.

Adaptation itself does not definitively prove the theory of evolution, in that the species is evolving within itself, and not becoming a different species. There isn’t a slow transition from a horse to a pig. It’s still a horse, only now it has hooves. How the world, and the animals within it, has changed over the years is pertinent to our understanding of the world as a whole.

It is fairly unlikely that you will wake up one day and discover that you can shoot beams from your eyes, read minds, or have forearm claws ready to be fitted for indestructible metal. However, mutations (both beneficial and harmful) are a very real fact. In the future, DNA manipulation and mutation may very well become a part of daily life. Ignorance of the science of genetics, or how natural hereditary mutations manifest themselves, seems to be rather limiting on the part of people who refuse to learn about them.

The Book of Genesis will tell you that water animals came before land animals. It will also tell you that after the land animals there came  humans. Interestingly enough, an evolutionary timeline will tell you exactly the same thing. There is a severe discrepancy over how it all came about. However, is it not amazing that a book written by ancients, and the modern scientific community, have come to roughly the same conclusion about who came first on Earth?

Fish before mammals, and mammals before man, is not in doubt by either side of the equation. That may mean that both sides have more in common that either are really willing to admit. 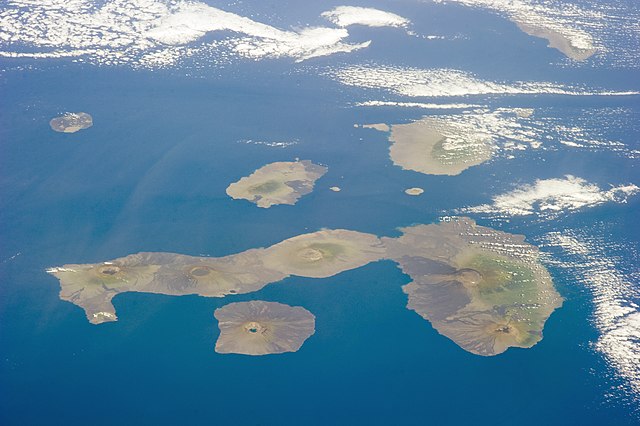 The lesson of the Galapagos Islands is every bit as relevant today as it was when Charles Darwin first visited the Islands in 1835. Darwin was viewing a landscape of ecological diversity, precisely because the islands had been untouched by man. There were species there that were found nowhere else in the world.

In modern times, the armistice in the Korean War, and the embargo against Cuba, have created strikingly similar results. The demilitarized zone in the Korean Peninsula is a lush strip of green which can be seen from space. There are species in Cuba which have survived and thrived since the 1950’s, precisely because of the lack of tourism. Whatever conclusions Darwin drew, it is fascinating to study areas in which the absence of man has led to an explosion of natural extravagance.

3. The Differing Theories On How Evolution Came About

Evolution is still characterized as a theory. That means that there are differing views, and divergent theories, as to how evolution actually happened. At what point does a member of a species simply give birth to another species? Does that ever actually happen?

The most generally accepted idea is that animals will split into different environments. Those animals will then adapt to that environment, to the point where they are no longer able to successfully breed with animals in the other environment. If they cannot breed and create animals capable of breeding, then the animals are, by definition, different species. Breeding will also often stress dominant genetic traits, and weed out weaker ones over time. The difference of opinion (even within the scientific community) makes these theories an interesting point of study, without the burden of absolutes.

Evolutionary ideas can actually help a believer in God believe more. For instance, a dominant species’ ability to survive hostile environments can make what was once considered to be pure myth a reality. Take giant squids. For generations, they were believed to be more the stuff of fisherman’s tales and science fiction, rather than scientific fact. Given enough time, science caught up with the stories of salty old sailors and proved, beyond a shadow of a doubt, that giant squids do exist to this day.

Knowing the awe-inspiring magnificence of some of those previously-unknown creations is truly humbling. By studying evolution and the natural world, an appreciation for what Christians believe to be God’s creation can actually be heightened.

Charles Darwin, given his reputation as the Father Of Evolution, is a surprisingly bad choice of hero for atheists, since he never actually stated that he was an atheist, or did not believe in God. Darwin did not necessarily see a belief in God as incompatible with a study of the natural world. From his own mouth: “science has nothing to do with Christ, except insofar as the habit of scientific research makes a man cautious in admitting evidence. For myself, I do not believe that there ever has been any revelation. As for a future life, every man must judge for himself between conflicting vague probabilities.”